There's a lot to love about travelling in Vietnam, which stretches from the soaring mountains and fascinating ethnic groups of the north to the endless rice paddies and vibrant waterways of the Mekong Delta in the south, with more than 3000km of glorious coastline in between.

09/10/2019 14:34
Chia sẻ
Throw in a good transport infrastructure of buses, trains and flights and an abundance of cheap but excellent street food and it's no surprise Vietnam graces countless bucket lists. But, like any country, it has its challenges, and some visitors come home with tales of scams, hectic roads and pushy vendors. Following these top tips will help you avoid the major pitfalls, and ensure you come away from your first visit to Vietnam with happy memories, as well as your souvenir conical hat. 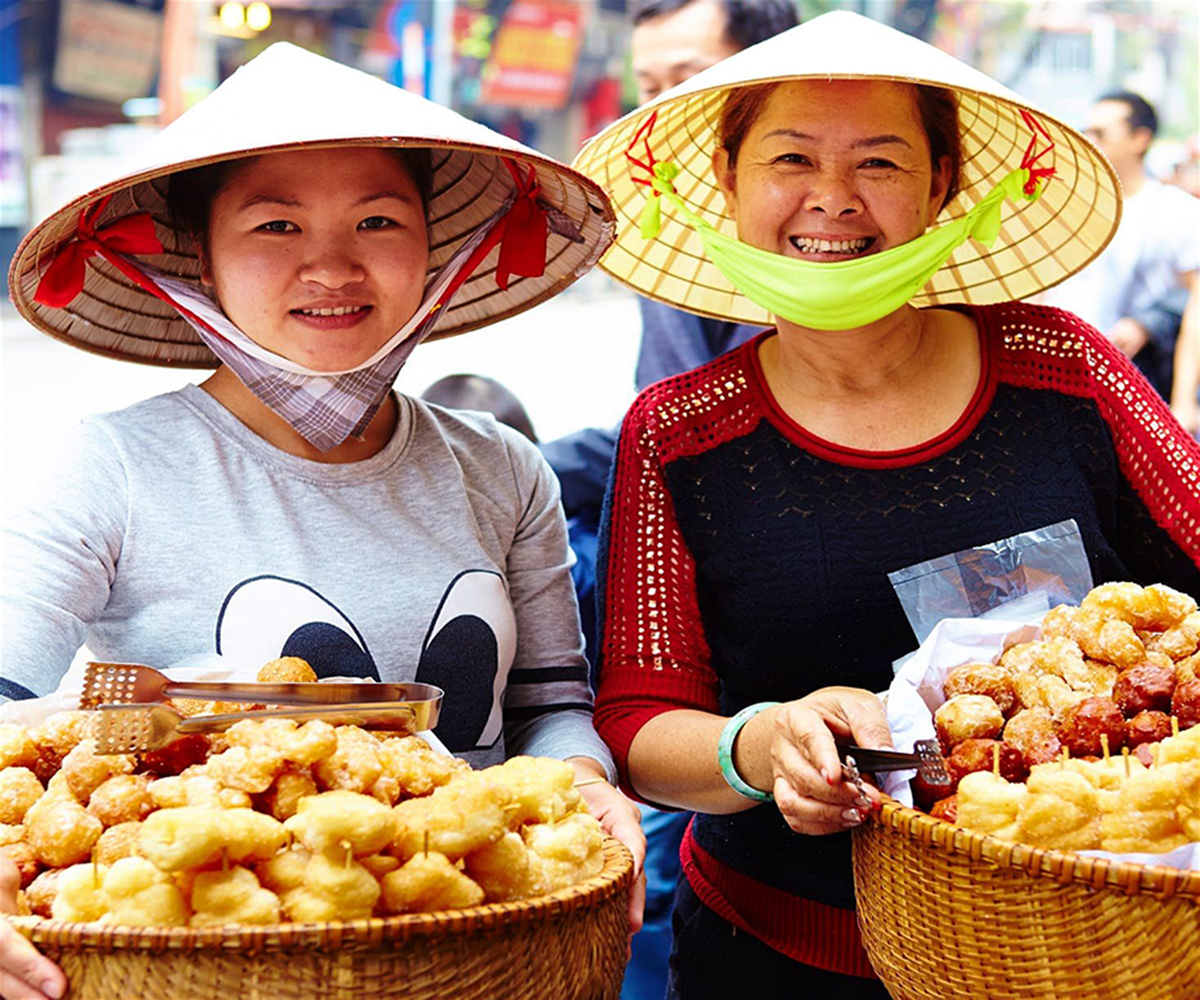 Vietnam's long exposure to foreigners means that many local residents aren’t as overtly curious about visitors as some of their counterparts in Cambodia, Myanmar and Laos. Also, because most Vietnamese are not confident with spoken English despite learning it in school, people tend to ignore lost-looking foreigners unless you actually ask for help. But be assured that the Vietnamese really are friendly people. If you ask someone a question with a smile and in slow, clear English, you’ll almost certainly have it answered and the smile returned. Simple phrases such as xin chào ('hello', pronounced 'seen chow') and cám ơn ('thank you', pronounced 'kaam uhn') go a long way. 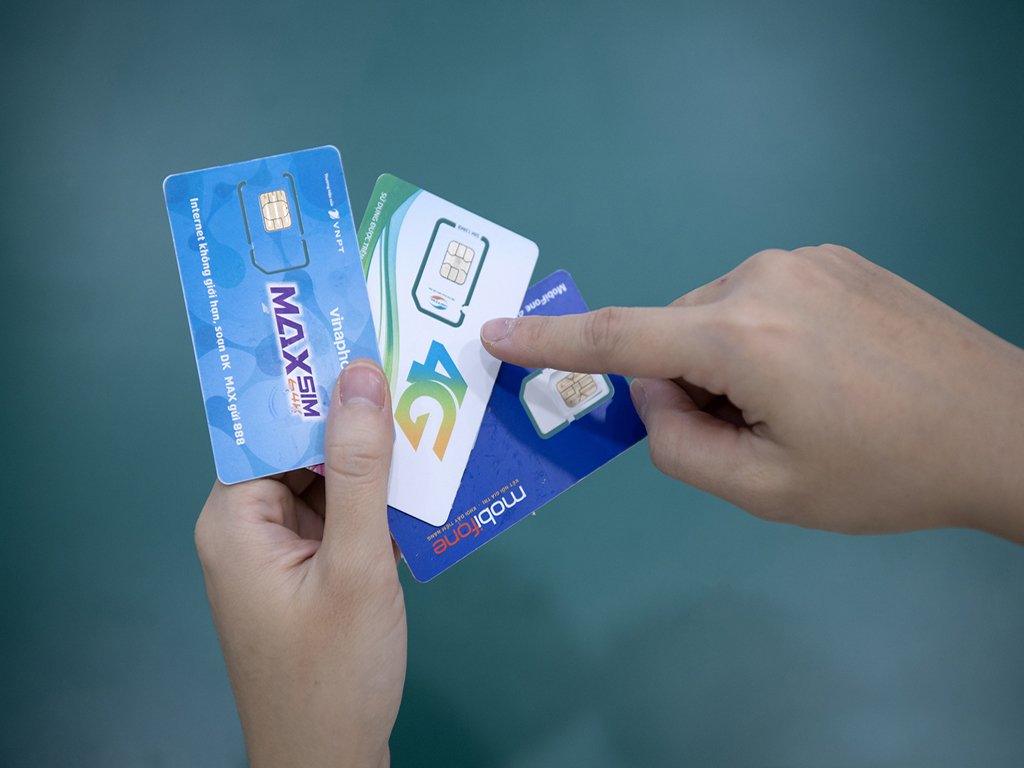 While most hotels, cafes and restaurants have wi-fi, you can easily buy a SIM card and get connected to the internet for as little as US$3. Vietnamese street names are notoriously long (most are named after people), so digital maps trump paper ones for many travellers. You’ll also find having a local phone number handy for meeting up with tour guides and making last-minute bookings on the road. SIM cards are widely sold in corner shops and are easy to top up. Once you have a card, the process to register for internet can be tricky, so ask the shopkeeper or your hotel to do it for you.

Know your dong from your dollar 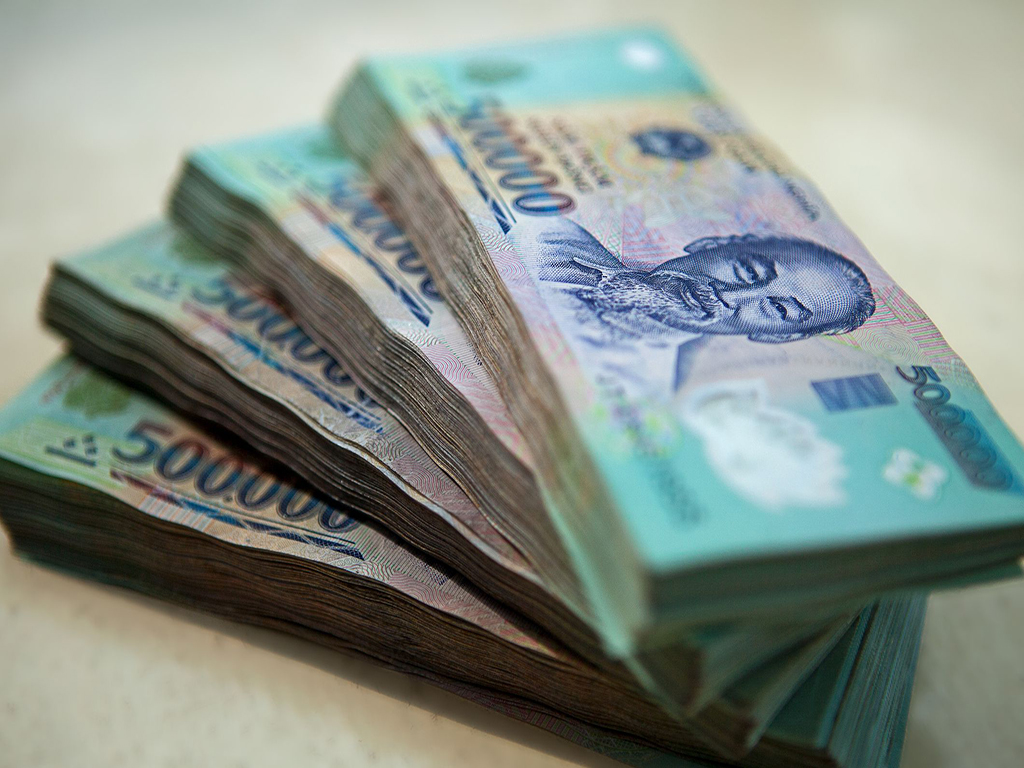 The Vietnamese dong is the currency of Vietnam and comes in denominations ranging from 200 to 500,000 (about US$22 at the time of writing). While it’s thrilling to become a Vietnamese millionaire, dealing with that many zeros can become frustrating, especially since some of the currency is very similar in colour. For example, the 10,000d note and the 200,000d note are both tan while the 20,000d and 500,000d notes are both blue. It’s very easy to hand over the wrong bill to a taxi driver while in a rush. Spend a minute in your room before going out to sort your bills to avoid overpaying. Even if you do end up overpaying a small amount for certain things, take it in stride. In the grand scheme of things, it’ll likely not be worth the aggravation.

While international credit and debit cards are accepted at most larger hotels, restaurants and travel agencies (sometimes with an added fee), cash is still king in Vietnam for day-to-day transactions. ATMs are widely available, and currency can be exchanged at banks (and some gold shops, although this practice is frowned upon by the government).

Note that the official system of separate prices for Vietnamese and foreigners – which applied to everything from train tickets to entrance fees – is a thing of the past.

Be wary of taxi scams 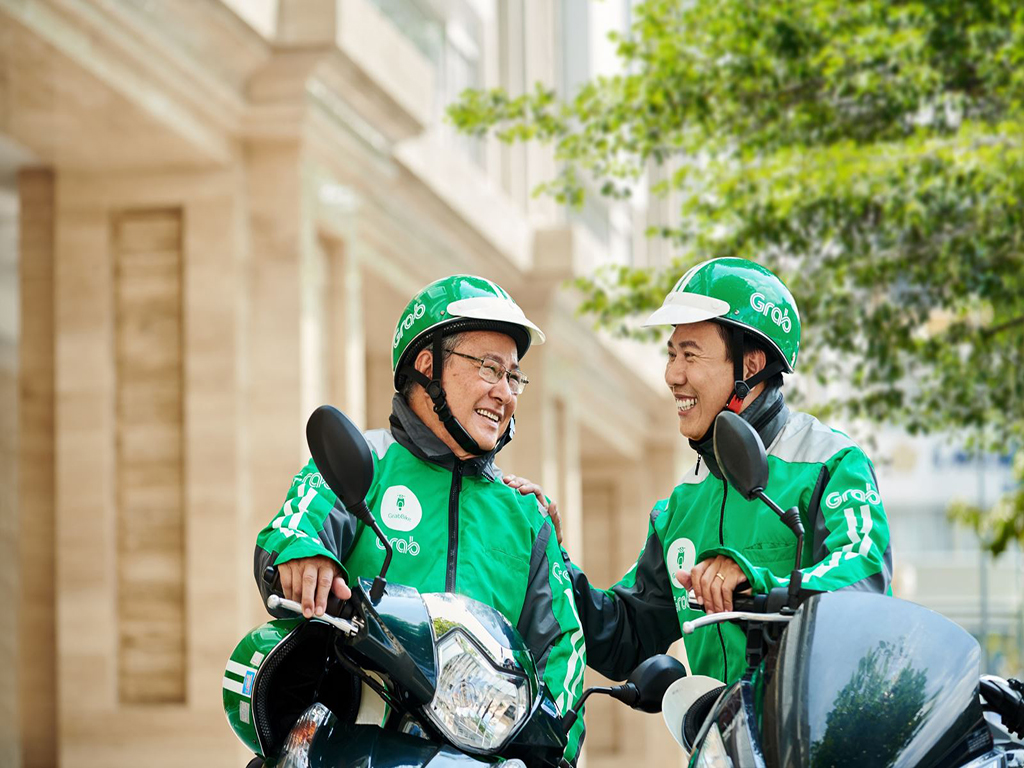 For many, motorcycle taxis are the best way see the thronging streets of Hanoi and Ho Chi Minh City. However, scams can happen, and your best protection is a decent knowledge of where you are going and points along the way. Always agree on a price beforehand and be prepared to be quoted a higher price than the locals. For regular taxis, stick to the two major companies of Mai Linh and Vinasun (both have apps). Smaller, independent taxis are known for fast meters and aggressive drivers. If you’re in one of the larger cities, ride-sharing apps like GoViet and Grab are good, offering car or motorcycle taxis. Sometimes the driver will call to confirm, so having a Vietnamese-speaking friend nearby will come in handy. 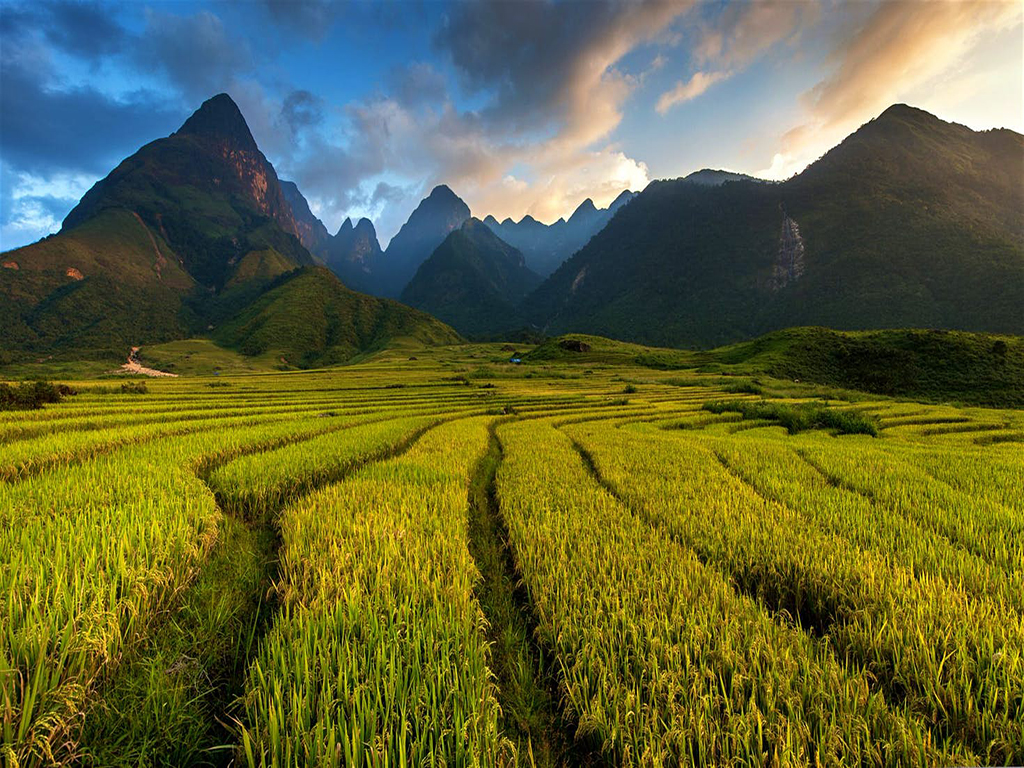 Overnight buses are a good way to cover long distances and save on accommodation costs. However, the layback seats don’t offer much legroom, so tallish passengers (anyone over 1.6m) will find it impossible to stretch out fully. While the top bunk offers slightly more privacy, they can be right at the height of street lights. Sleep masks, ear plugs and noise-cancelling headphones (especially if the bus is playing music or movies) are recommended.

That said, sometimes you can pay a few more dollars and fly – the more convenient but less sustainable option. Vietnam has several budget airlines, which offer cheap fares but are notorious for being late and strictly enforcing carry-on limits. The national carrier, Vietnam Airlines, has better service and comparable pricing if booked in advance.

More comfortable than buses and cheaper than flights, train travel is another option for getting around Vietnam. A railway line spans the length of the country, following the coastline from HCMC all the way to Hanoi and beyond. It's a must for rail enthusiasts, with the ride considered amongst the most amazing train journeys in the world.

Be aware of your surroundings 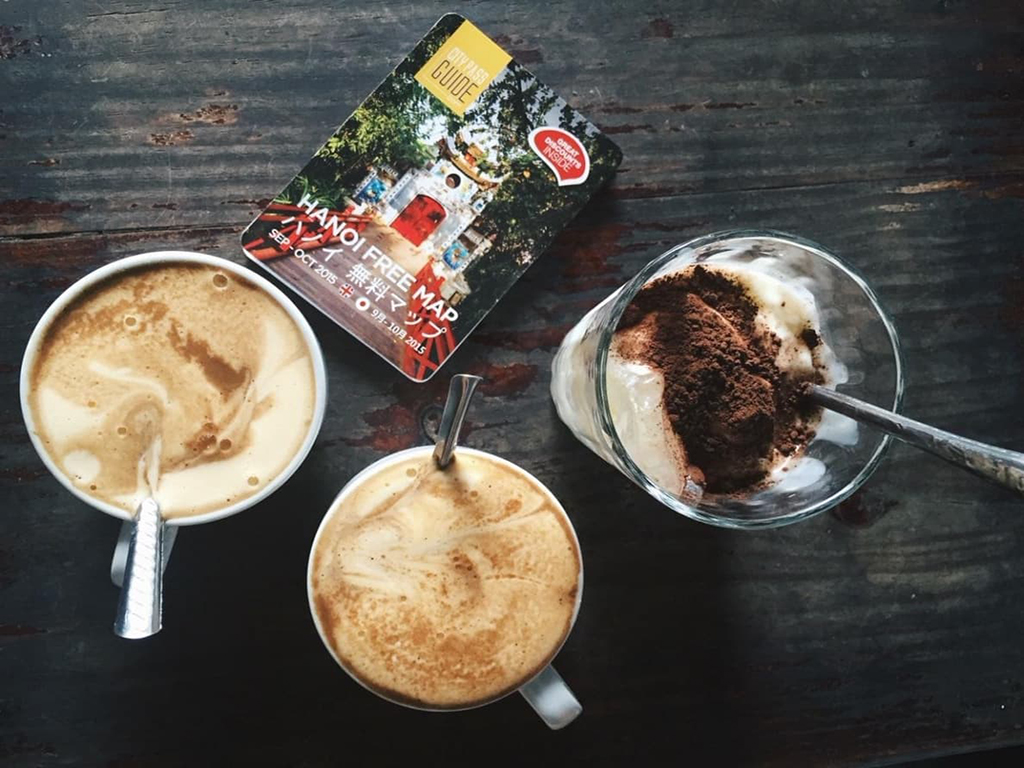 Violent crime is extremely rare in Vietnam, and firearms are heavily regulated. But snatch-and-grabs and, to a lesser extent, pickpocketing, do happen. It pays to be vigilant. Use your phone and other electronics sparingly when outside (even while sitting at a sidewalk cafe or on the back of a motorbike). Leave your passport at the hotel; there’s rarely a reason to have the original on you.

Also, while Vietnam has some of the cheapest beer in the world, be careful about overdoing it. Inebriated tourists wandering back to their hotel in the morning hours when there is little traffic around can be seen as easy targets. If you come home late at night, go with a friend and splurge the extra dollar or two on an automobile taxi instead of a motorcycle taxi.

Be safe on the roads 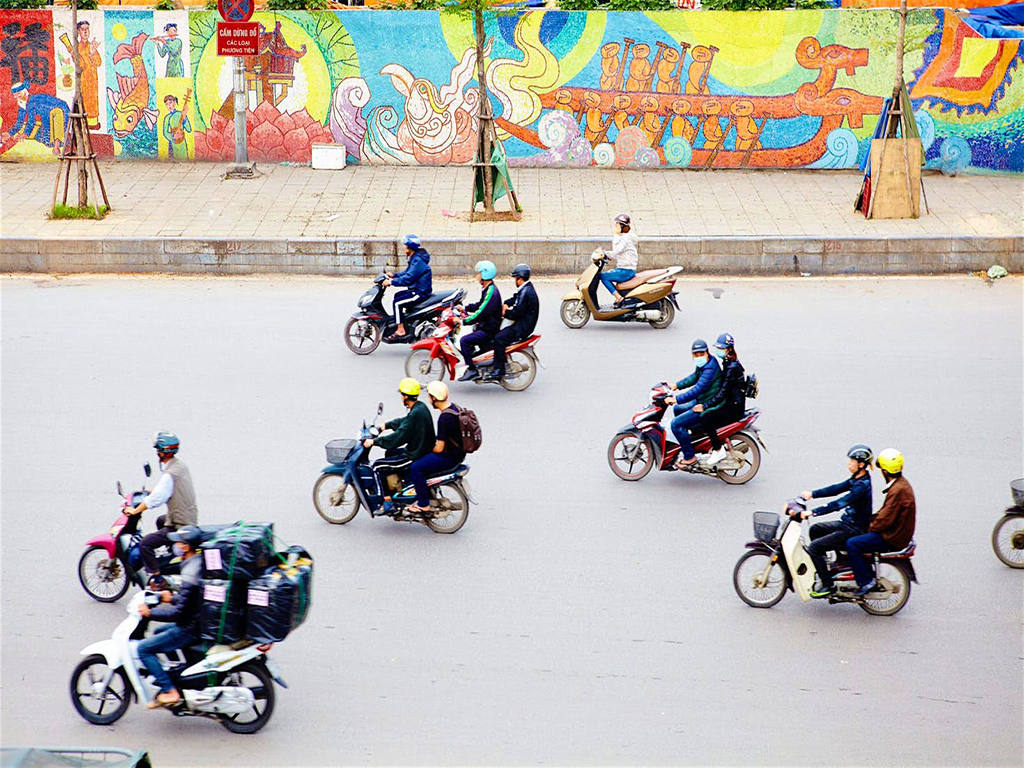 Traffic in Hanoi and Ho Chi Minh City can seem terrifying at first glance. Just walking across the street during rush hour can feel like an impossible task! But there is method to the madness and, like a school of fish, the traffic will inevitably glide around you as long as you keep moving at a slow and steady pace. If unsure, do as the locals do and raise one hand high to be seen above the sea of helmets.

If you’re looking to drive a motorbike yourself, it’s best to save it for one of the quieter destinations like Hoi An, Dalat or Phu Quoc. Always wear a helmet, and be aware of the exhaust pipe, which has caused many a leg burn. As motorbikes tend to drive closely to each other, keep your feet pointed inwards and think of wearing closed shoes which offer extra protection for your feet.