Each trip to a new land is likened to a date. During the discovery of Da Nang city, you will enjoy the blue sea, white sand, and golden sun. You can also "make a date" with famous bridges connecting the two banks of the Han River. 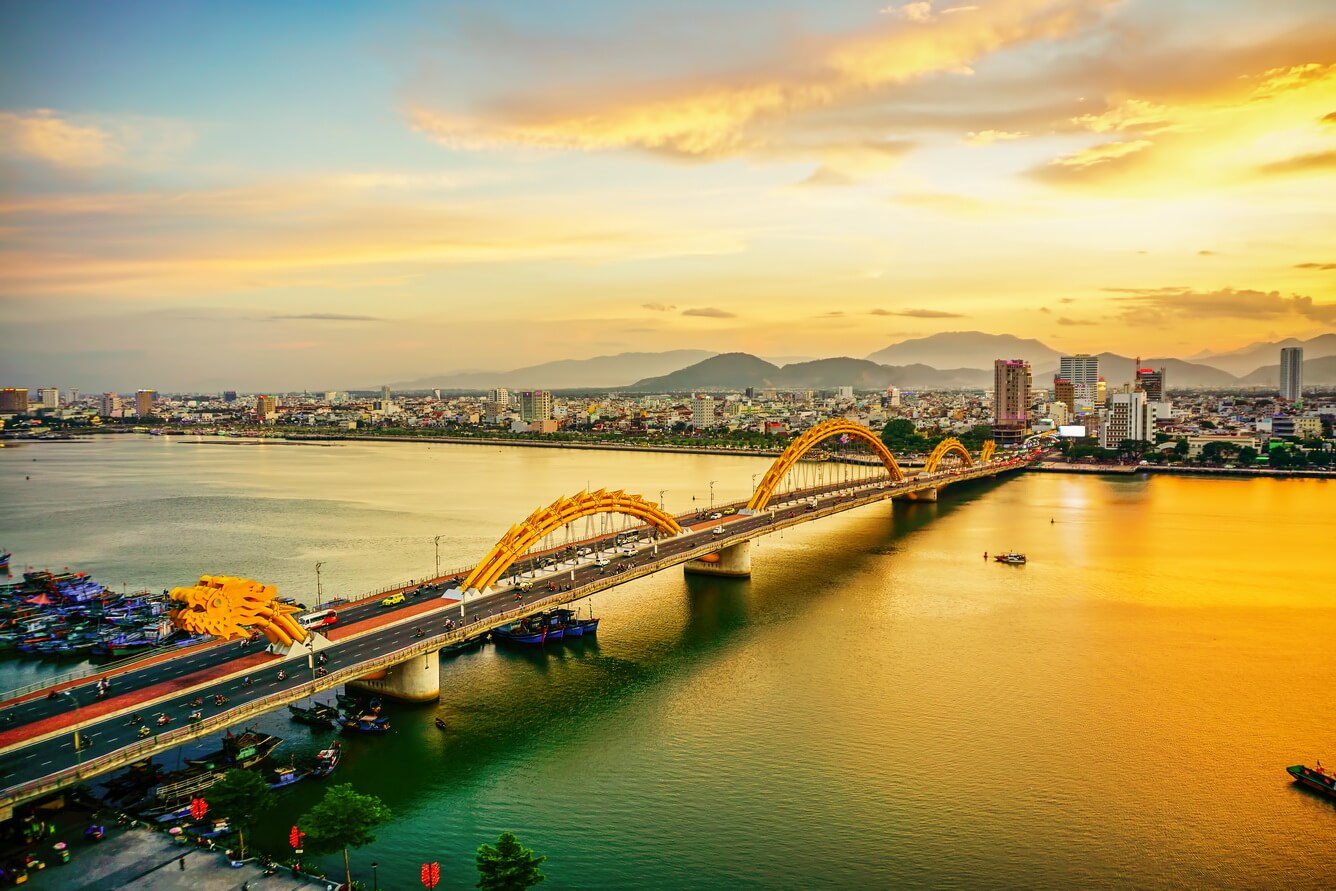 The Han River which flows in the heart of Da Nang City is considered to have the most bridges spanning the two riverbanks in Vietnam. There are at least 9 bridges in the city's central districts such as Thuan Phuoc Bridge, Han River Bridge, Nguyen Van Troi Bridge, and Dragon Bridge. They attract many tourists with the unique features of architectural artwork.

The ferries crossing the Han River remained only in the memory of Da Nang people when more and more bridges, in turn, connected the two riverbanks at the same rate as urban development. Coming to Da Nang these days, tourists will find that the streets have been very different. A modern, youthful and dynamic Da Nang is best felt when you stop on a bridge, watching the peaceful scene on the banks of the Han River.

In the whole cityscape, the bridges are both traffic works and architectural highlights of the city. It is no exaggeration to say that they are also unique architectural works of art. Each bridge has its unique features and a story of its own. This attracts tourists nearby and faraway in their "dates" with the coastal city of Da Nang 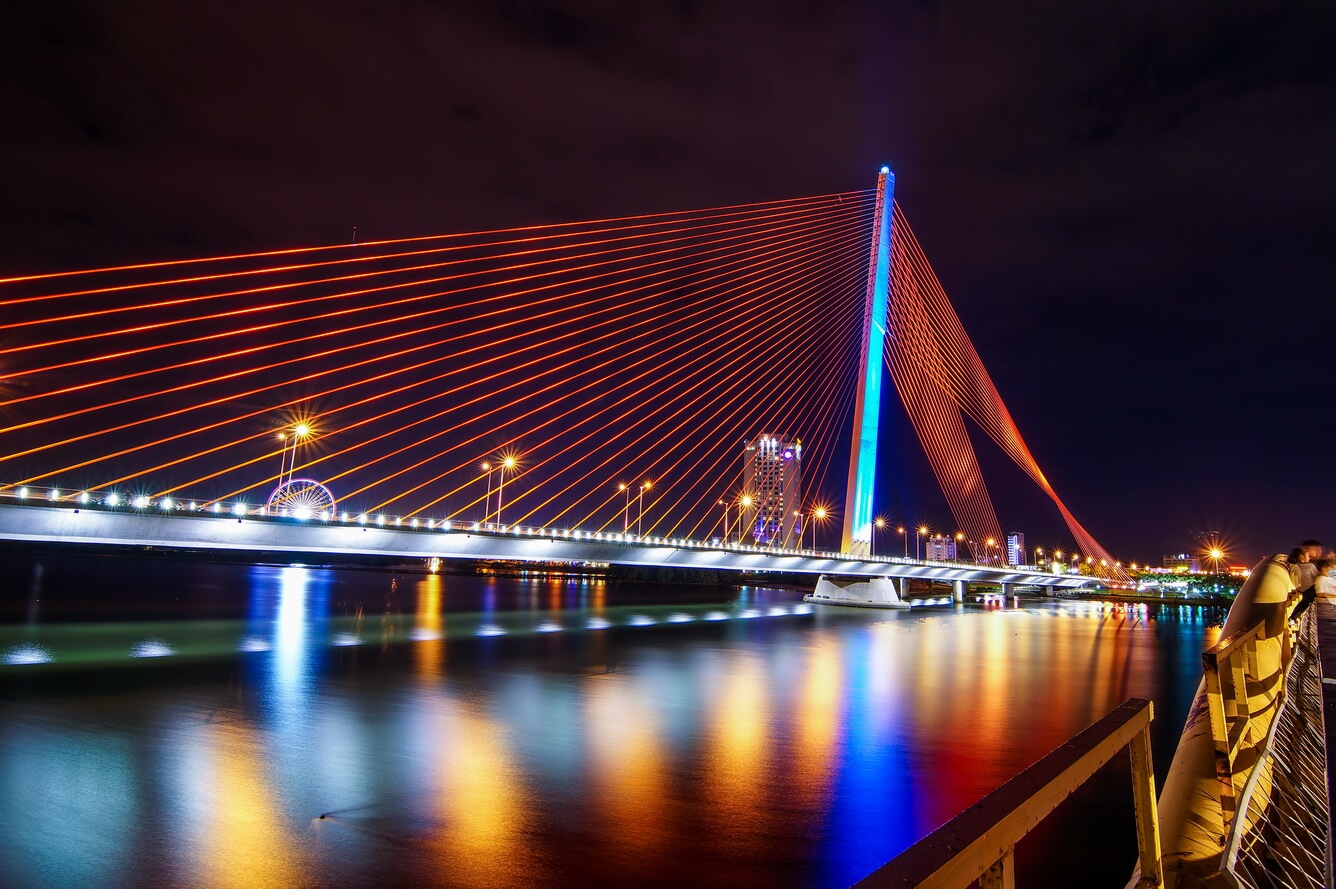 Nguyen Van Troi Bridge, one of the oldest bridges in the central district, was built in 1965 and is associated with the history of the city. Since the Dragon Bridge and Tran Thi Ly Bridge were inaugurated, it has ceased vehicular traffic and become a pedestrian bridge. The dome bridge is now like a "dating" place for the Da Nang people to return to their memories. It is also an attractive destination for young tourists to stop by and watch the Han River in the peaceful space of a bridge empty of traffic.

The Han River Bridge was designed and constructed by Vietnamese engineers and workers. This is also the only swing bridge in Vietnam today. The bridge is associated with the symbol of Da Nang. It is also the pride of the local people who have joined hands for its construction. Previously, the bridge rotated at 2 AM every day for large ships to pass through. But for the convenience of tourists, the Han River Bridge has been scheduled to rotate between 11 PM and 12 midnight every Saturday and Sunday.

Put into operation together with Tran Thi Ly Bridge, Dragon Bridge sports the elegant beauty of modern architecture. This is also a "dating" place for both locals and tourists who wish to watch the bridge "breathe" fire and water from 9 PM on Saturdays and Sundays. The lights resonate within a radius of 300m along with the unique water and fire "breathing" performance on the music background. Besides, the Dragon Bridge is impressive with the lighting design on the dragon's body. This makes it look like a prominent pearl in the midst of Da Nang - inherently known as the city of lights at night. 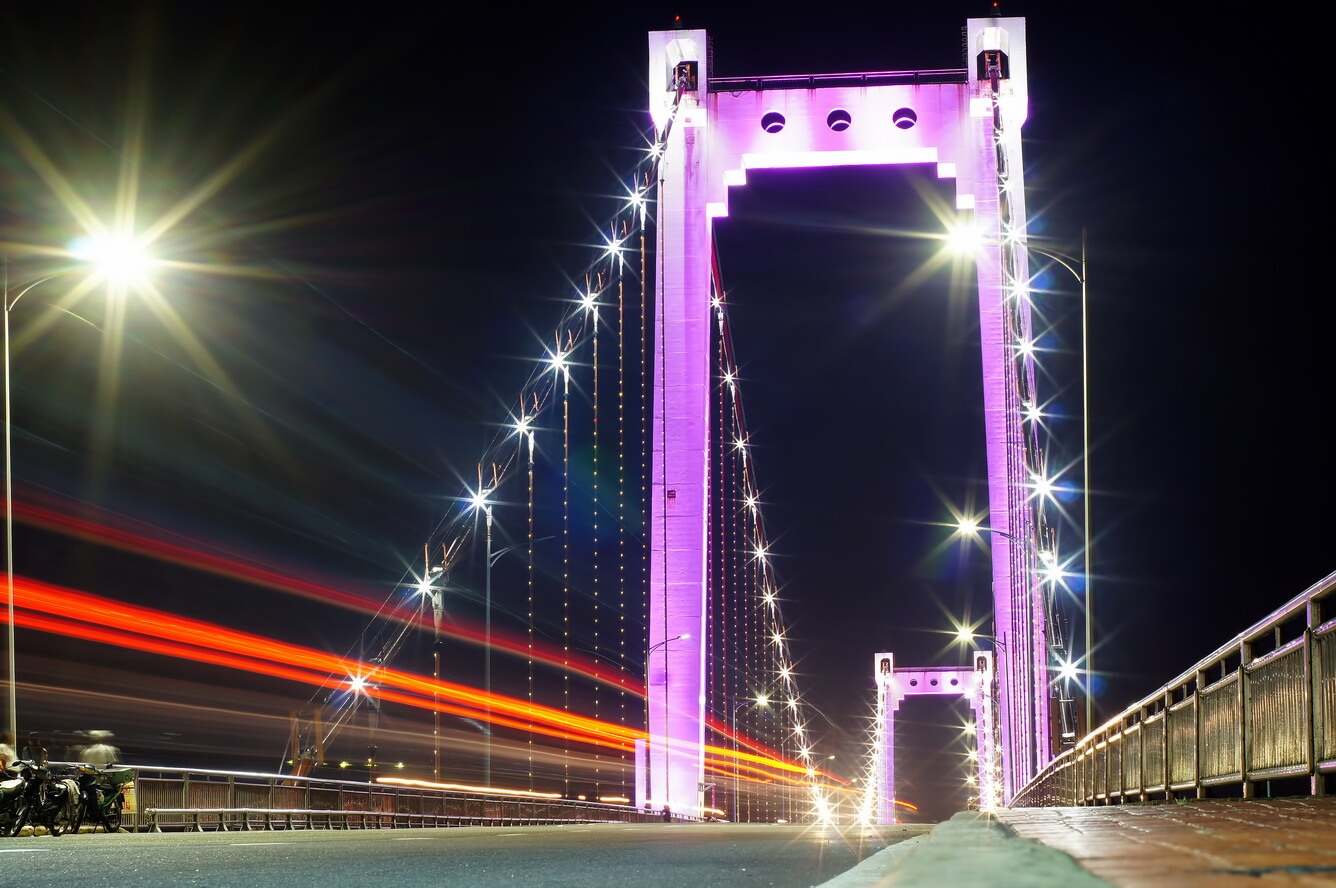 Thuan Phuoc Bridge spanning the Han River at the mouth of the sea is the longest suspension bridge in Vietnam (1,856m). From Thuan Phuoc Bridge, the view toward the city center is the gentle Han River. The sight toward the other side is the immense sea. And the faraway outlook is Son Tra Peninsula where the clouds embrace the old forest in the afternoon. At night, the bridge's piles become colorful like a palace’s magnificent gates. In the daytime, a drive from Son Tra toward the city center sometimes feels as if running straight to the big sea with overwhelming beauty. Especially, when the sun sets to the west, it creates a beautiful scene like a vivid ink wash painting. 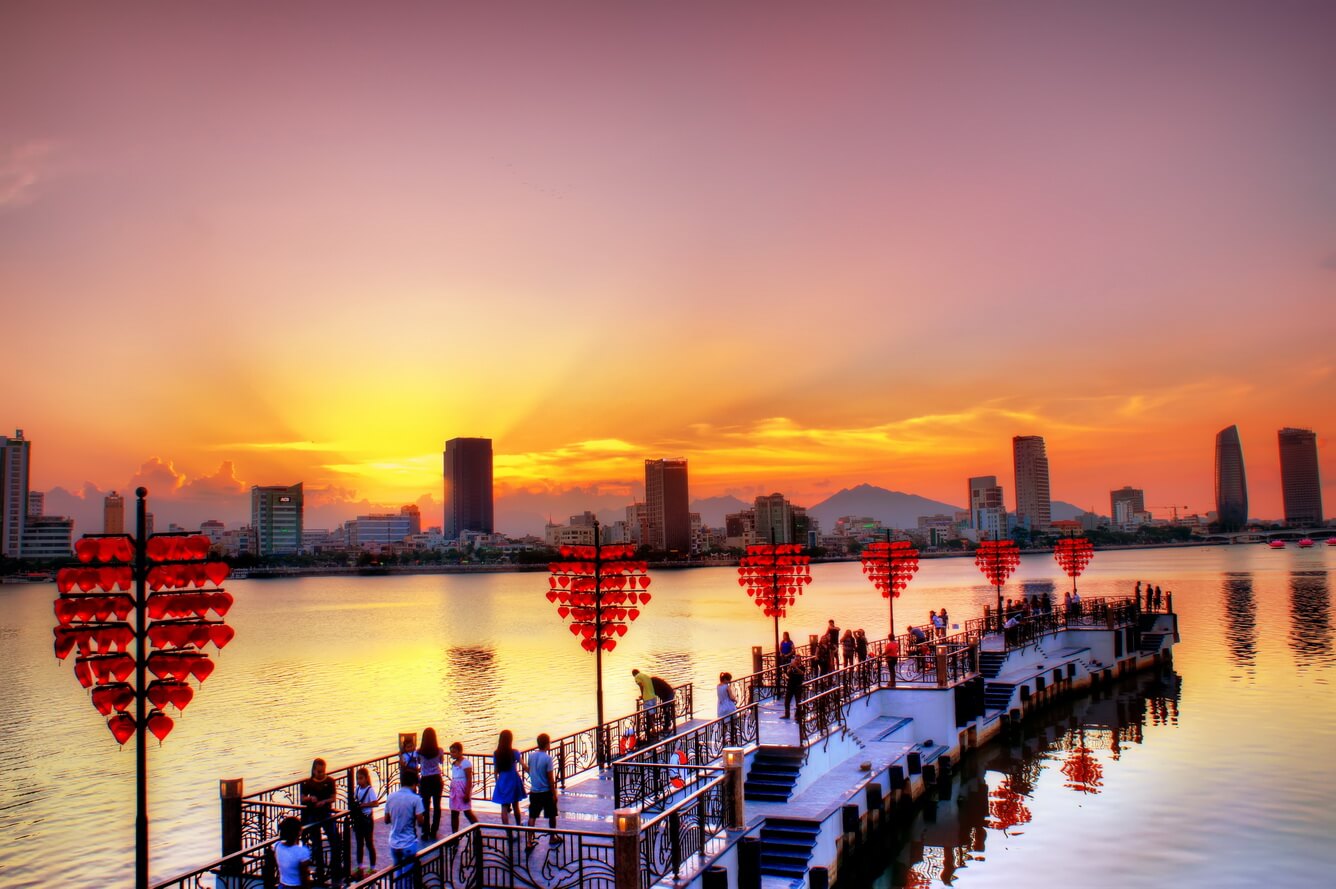 In addition, there is a bridge that does not cross the Han River but is a unique architectural work on the east bank. It is very attractive to tourists right from its name: Love Bridge. It features many red hearts and small locks. The items have proved the beautiful "destinies" of couples who came here to watch the poetic Han River and the young, modern Da Nang with tall buildings.

Just stop on one of the famous bridges, and you will find the whole city surrounded by mountains, rivers, and the sea. You will thereby see how favorable nature is for Da Nang, which makes it the most attractive tourist destination in the Central Coastal Region.
Subject: Vietnam
Tag: Vietravel , Da Nang , travel