Vietnam has reinvented itself as a World-Class Travel Destination

Vietnam deserves consideration as a premium destination where vacationers can find an array of exciting activities, or if they prefer just kicking back, no activities at all.

25/01/2019 13:16
Chia sẻ
Vietnam ain’t what it used to be. In the 43 years following the last of America’s fighting troops bidding a fond adieu to the jungles and beaches of Vietnam, a lot has changed. Where danger once lurked behind every fern, only serenity exists. Where city streets were once war-torn and often bloody, hardly a trace of the haunted past is evident.

In 1975, following 20 years of American troops defending freedom in a strange and distant land, the war in Vietnam (referred to as the American War by the Vietnamese) came to an end with the fall of Saigon. The remnants of a scorched countryside slowly regained its vegetative dominance as once vibrant villages rebuilt what was salvageable from the rubble and destruction. Not a people to dwell on their past misfortunes, the Vietnamese did well in tackling the task at hand. Today there is hardly a trace of the war many of us would prefer to erase from the history books.

First-class tourist facilities were constructed in attempts to attract visitors and the old adage “build it they will come” held true. As a result of this success, coupled with their strong entry into the world of exports, Vietnam now enjoys a robust economy which continues to grow at breakneck speed. Once considered third-world, Vietnam has surpassed many of its neighboring countries as a dominant world player with every modern amenity known to humankind.

This does not, however, mean the old-world charm of yesteryear is not prevalent in every facet of the Vietnamese lifestyle of today. Tradition rules supreme and even the most ancient of customs are considered sacred. Old and new thrive in peaceful harmony. If you decide to try the new and improved Vietnam on for size, here’s what you can expect. 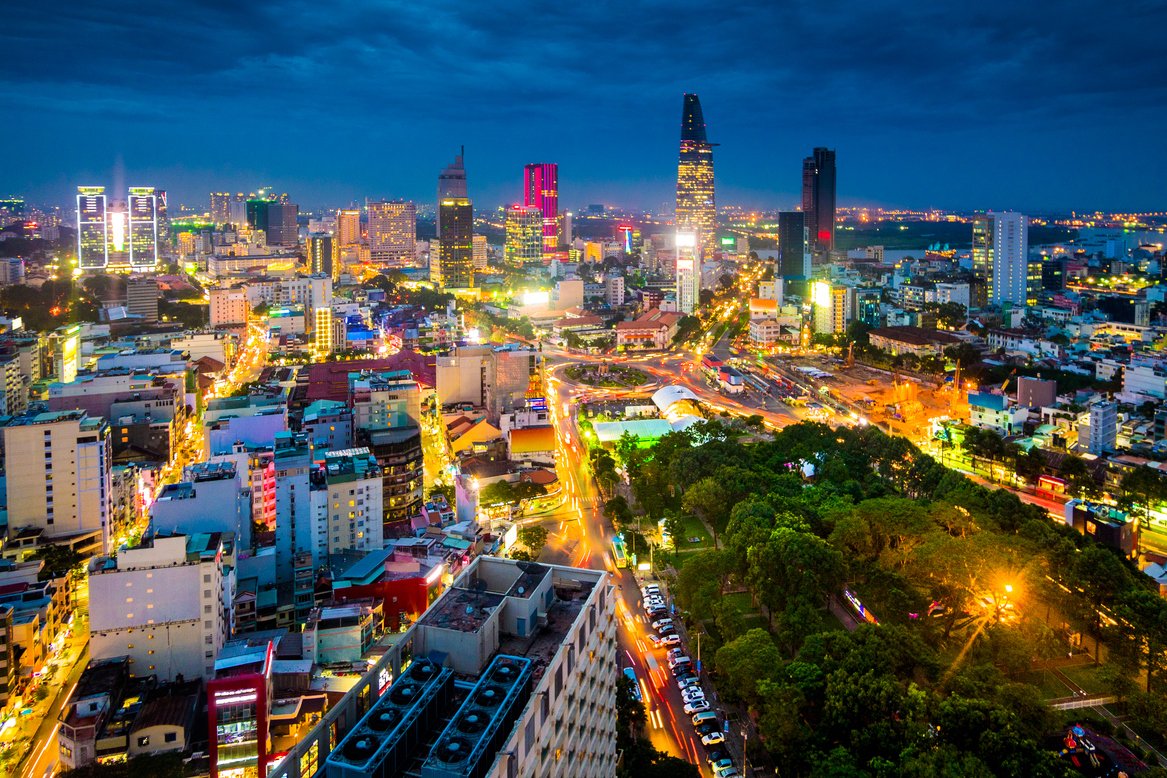 The former Saigon is now home to roughly 12 million people give or take a couple hundred thousand or so. As one might expect, the city streets are crowded with wave after wave of commuters on scooters zipping their ways to unknown destinations. Some wearing suits. Others in shorts and bamboo flip-flops. On either side of the street vendors hock their wares in the form of fresh fruit and vegetables, anything that can be pulled from the sea, clothes, jewelry, crafts, all varieties of meat (always ask), and most anything else both imaginable and beyond.

Reviews by travelers to Ho Chi Minh City are mixed, but one must remember, it’s a large city so if crowds aren’t your thing you should probably pass it by. Of course, by doing so you’ll be passing up the best 5-star dining in the entire country, chic specialty diners, a nightlife to rival any in the world, art, historical, and cultural museums, and a diverse population of people who are always willing to engage in colorful and insightful conversation. But, it’s up to you.

As a sign of modern times, lavish condos in newly erected skyscrapers dot the landscape, high-end luxury autos zoom past scooters, and gated mansions house the upper crust. In opposition to these new ways, bare-chested men still nap in hammocks as chickens peck at odds and ends along the roadside. Tiny shacks still ladle out steaming bowls of traditional Vietnamese pho to hungry customers and friends gathered around plastic tables, and the working class and students still mingle in local pubs over a cold one.

Ho Chi Minh City may be fast, and it may be furious, but if you’re traveling all the way to Vietnam, whether you like that sort of thing or not, don’t deny yourself the experience. Da Nang is a sparkling gem. It’s exceptionally clean and you can feel the city’s vibrancy. Overlooking the city is a giant Buddha set amidst sprawling grounds where visitors trek from miles to worship and pray while people chat and conduct business on the sidewalks, in coffee shops, at the market, and virtually anywhere they can attract a listening ear.

Visitors come from around the globe to enjoy Da Nang’s world-class scuba diving. Airplane and helicopter wrecks from the war set the stage for thousands of species of aquamarine life. First-rate accommodations and resorts, as well as bungalows and private homes, are plentiful in the shoreline areas.

Da Nang’s streets are much easier to navigate than in Ho Chi Minh City and even though the city these days boasts more of the new than the old, there is still plenty of old left over to fulfill anyone’s desire.  Try a traditional breakfast and lunch at any one of the many open-air stands, just make sure you know what you’re eating, followed up by a 5-star dinner in a swanky joint, followed up by a night of dancing your heart out in a modern throbbing nightclub. Da Nang has it all. Long Beach, Star Beach, City Beach, and Hon Chong Beach are but a few smaller towns where everything is notably cheaper, unlike resort towns in America. These are not just any beaches. They are lush, some are secluded, and they are pristine and largely undisturbed. Don’t expect a blazing nightlife or any tuxedo-required restaurants. Expect fresh seafood, a laidback atmosphere, and friendly people without a care in the world.