How to live like a Local in Ho Chi Minh City

Lonely Planet Local James Pham has lived in Ho Chi Minh City for six years. Born in Vietnam but raised in the US, James ostensibly returned to HCMC (aka Saigon) to rediscover his roots but in reality eats a massive amount of street food. Puttering about on his scooter, he spends his days searching out whatever the next 'best’ thing is. 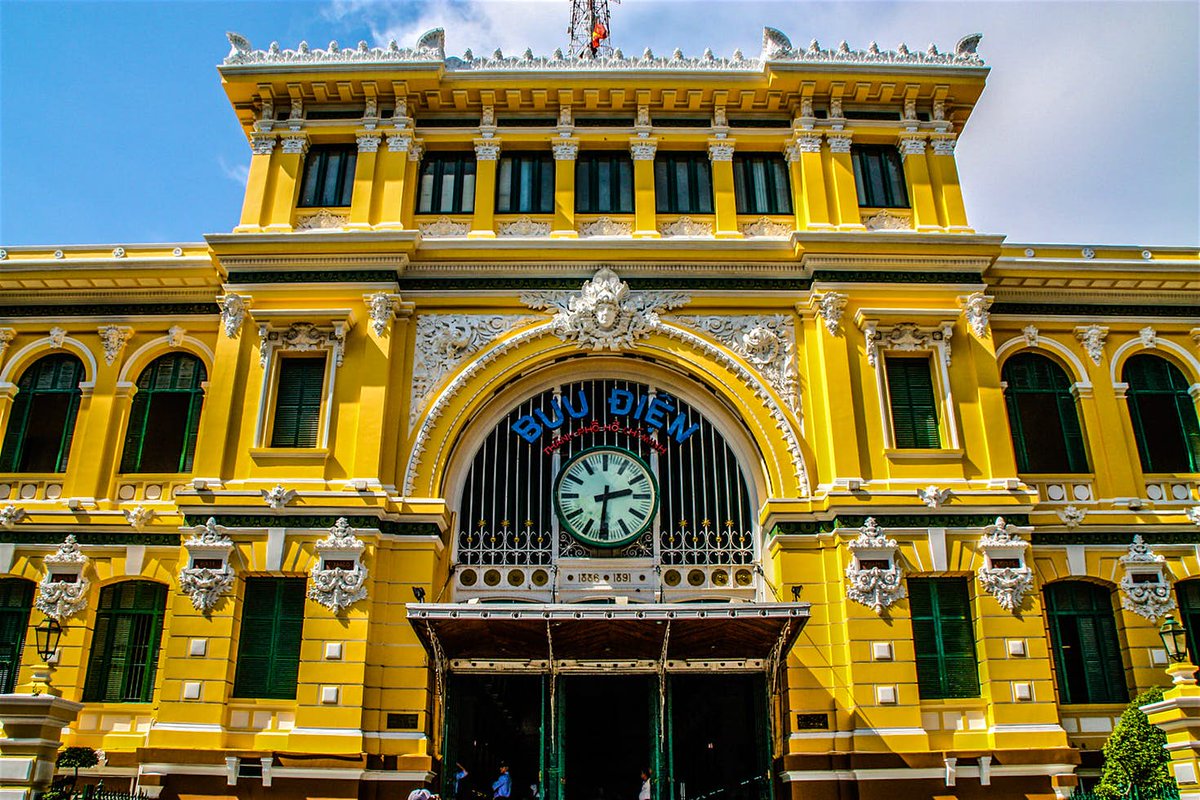 When I have friends in town… I always take them to my favourite foot massage place at 40 Đ Nguyen Van Dau, Binh Thanh District (about US$13 for an hour and a half, including tip!). It helps them recover from jet lag and we can catch up over a hot ginger tea. We’ll then head up to EON Heli Bar in Bitexco Tower, Ho Chi Minh City's tallest building, for sweeping views. It’s a great way to see both old Saigon, with its pale yellow heritage buildings and leafy boulevards – leftovers from French colonial city planners – and new Saigon in a construction frenzy of impressive skyscrapers. 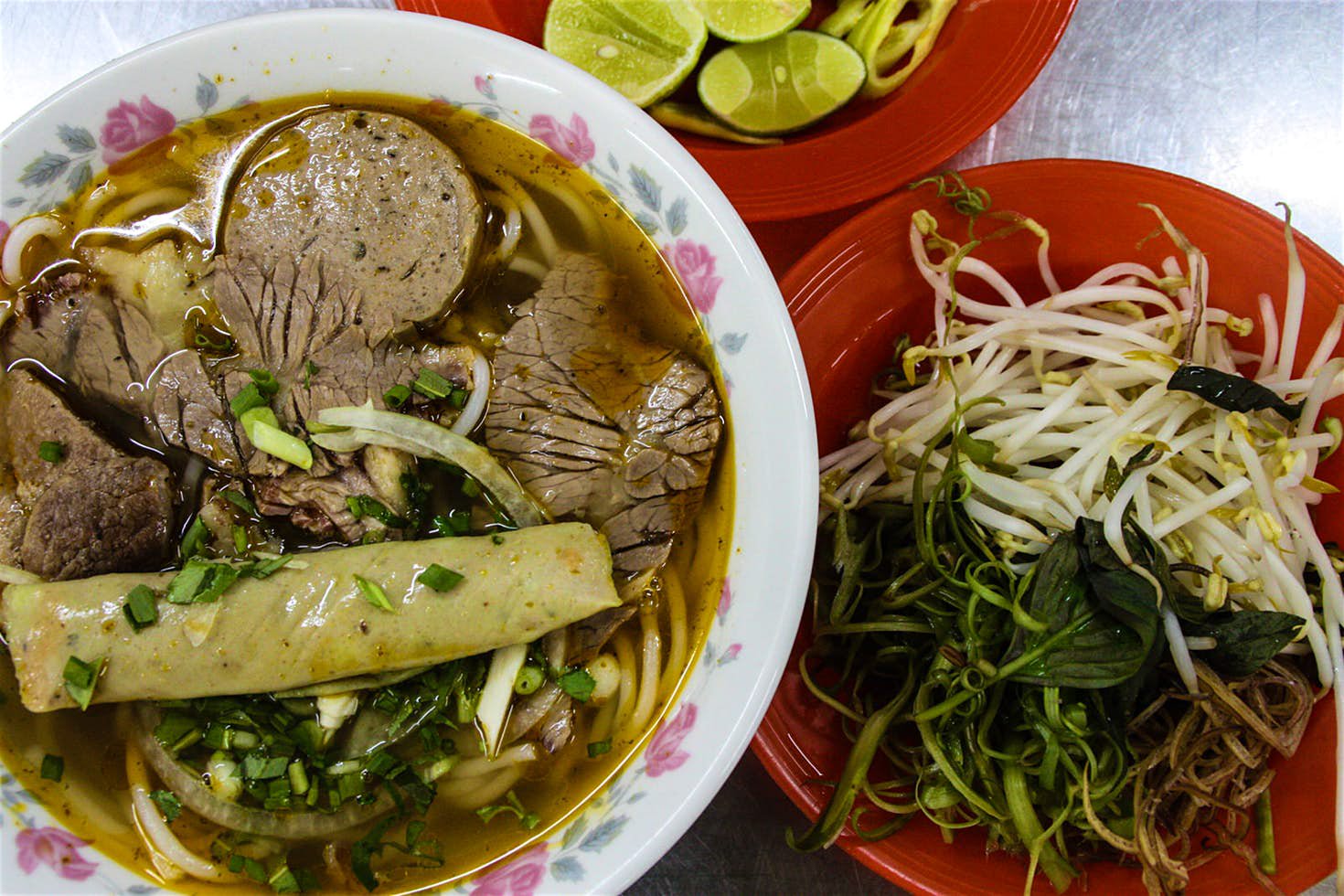 For cheap eats… if not eating from street food stalls, I'll look for the words com binh dan, which means ‘rice for the common people’. These small restaurants offer up hot, ready-made meals for less than US$1.50. They’re all over the city, often near universities and schools. All you have to do is point to the dish you want. Otherwise, many glitzy cafes also have com van phong or ‘office workers’ lunch’ – a soup, vegetable side and main – for less than the cost of a cup of coffee during the day when there are relatively few customers.

I like to shop at… Kokois in Thao Dien. It’s a lounge/bistro on the ground floor, with a retail shop above showcasing up-and-coming designers who have made Vietnam their home (think French fashion for men, but designed and constructed in Vietnam using imported fabrics). The products are unique and hold up well in Vietnam’s tropical climate. L’Usine is similar, with Vietnam-inspired gifts such as local versions of Monopoly and the French card game Mille Bornes. I also go to tiny Phuoc Tailor on Ð De Tham, where a husband-and-wife team make dress shirts for less than US$20. 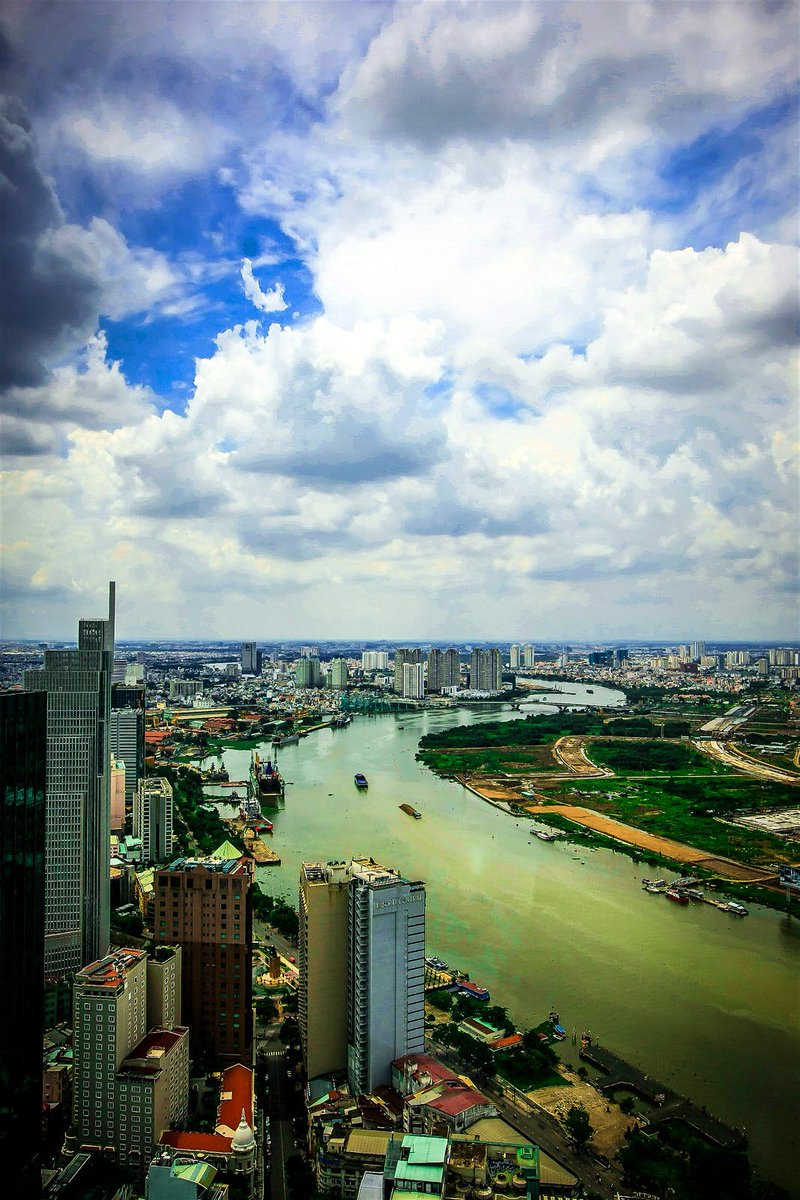 When I want to splash out… I’ll book a stay in a flash downtown hotel for a night or two. Don’t get me wrong, I love living local in Saigon, but it’s nice to get away every now and then from the constant hum of noise – motorbikes, construction and the occasional late-night karaoke! Lately, my go-to place has been Le Méridien Saigon for its river views, 9th-storey pool and killer buffet breakfast. There’s also always an intriguing restaurant opening up in the city to try, whether it’s an upscale fusion place like Blanc, where you have to order in sign language; or steak cooked on hot rocks at the Deck, accompanied by gorgeous river views.

To get away from the crowds… I’ll follow the Saigon River north of the city centre to Thanh Da, an island just 20 minutes drive from downtown. It looks like the Mekong Delta, with rice fields, palm trees and hammock cafes by the water. Or I’ll drive another 20 minutes to the ritzy An Lam Retreats Saigon River and spend the day by the pool watching barges sailing by while enjoying gourmet Vietnamese cuisine or Western comfort food. 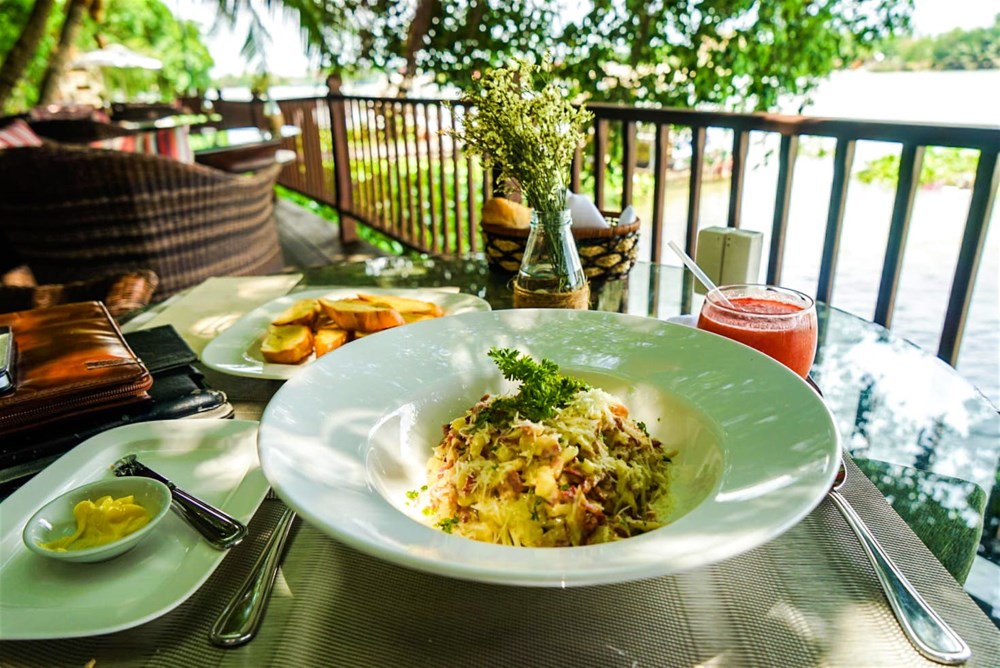 One thing I love about Ho Chi Minh City… is zipping about on my scooter through the city’s many districts. Yes, it’s the worst when you’re caught in a downpour and the streets flood to your calves and rain inevitably finds its way through your raincoat but, usually, there’s a joyous sense of freedom in the choreographed chaos of all the motorbikes.

One thing I hate about Ho Chi Minh City is… the cost of imported foods. Sure, street food is world class and inexpensive, but like most expats, I experience regular cravings for things like cheese, imported steak, cheese, almonds and Doritos (did I mention cheese?) There are speciality stores that sell almost everything you’d want, but I rarely leave without a major dent in my wallet. 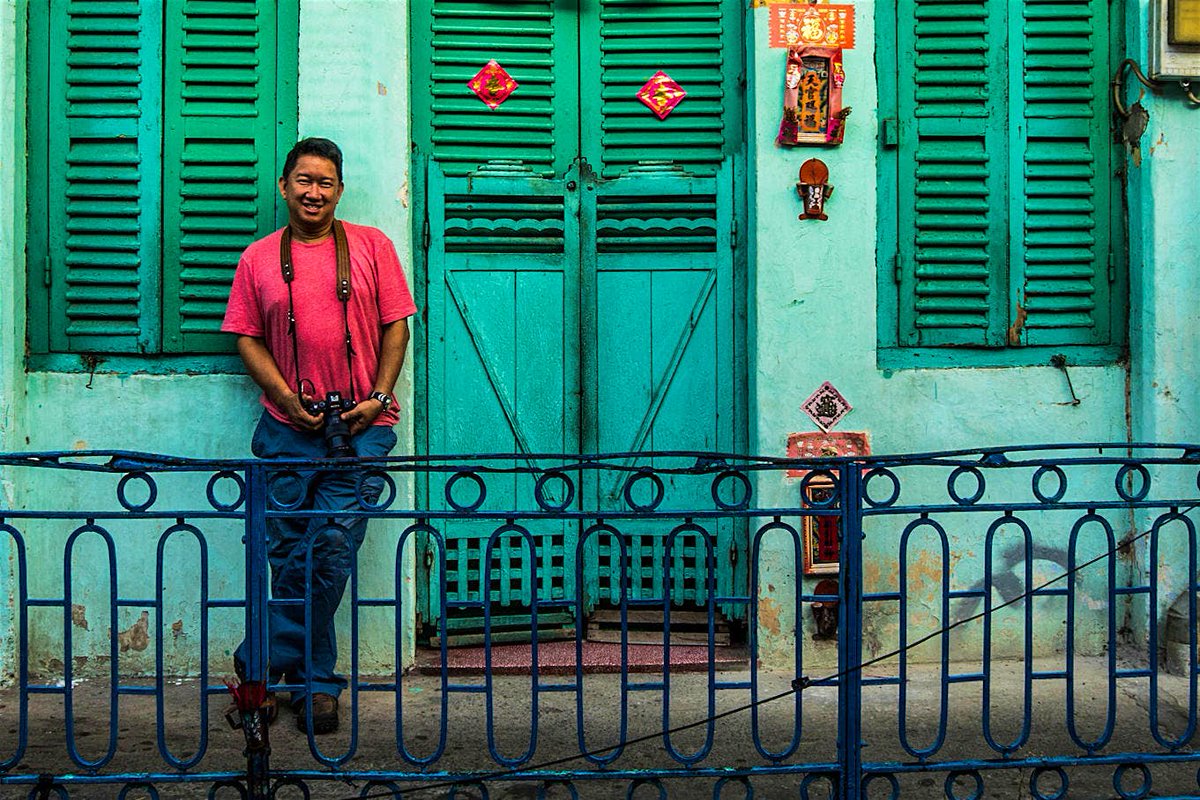 People in Ho Chi Minh City… are always on the go. Most work six or seven days a week, so the city never really slows down. But while they work hard, they like to play hard, too, leading to a really amazing cafe, restaurant and entertainment scene. Once you break through the initial barrier (knowing a little of the language goes a long way), Saigonese are friendly and open.

When I want to get out of the city… I head to the beach. Saigon is a transport hub, so I can be on the white-sand beaches of Nha Trang to the north or Phu Quoc Island just off the Cambodian coast, or the tiny island of Con Dao (a penal colony during French and American times) in less than an hour by air. Alternatively, the former French playground of Cap St Jacques (now known as Vung Tau) is just a two-hour shuttle ride away, and the sleepy fishing village of Mui Ne is just over fours hours by train. 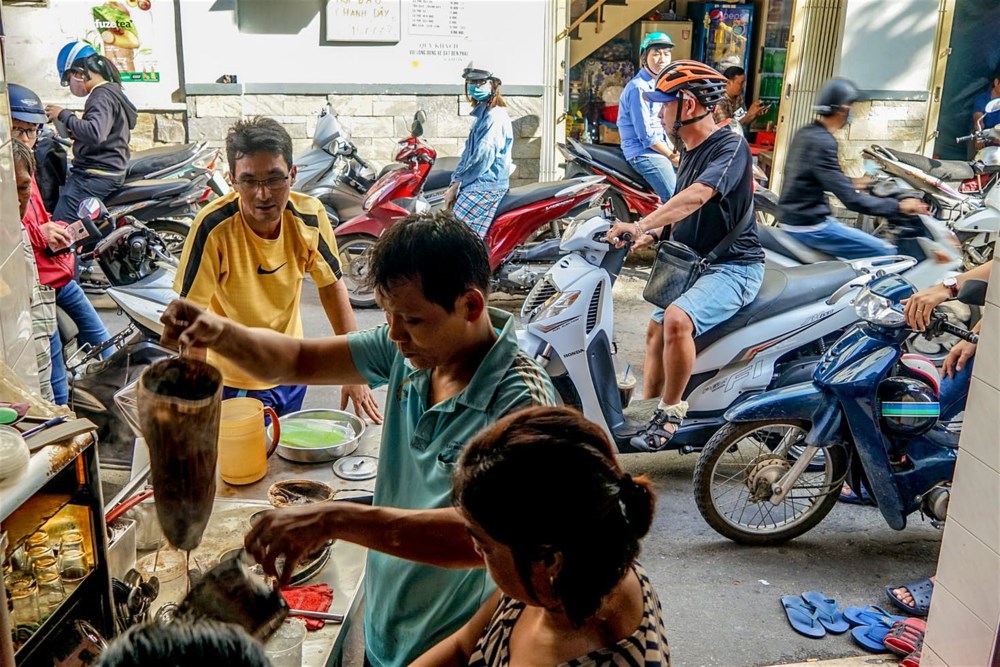 I'm useless in the morning without coffee… which is why HCMC's tremendous cafe scene is a godsend. Being a freelance writer and photographer, I’m continuously looking for inspiration or simply an excuse to break up my day. Saigon delivers big time, whether it’s a traditional drip coffee with condensed milk sipped while perched on a plastic stool in the shadow of Notre Dame Cathedral, or a mug of single-origin hot chocolate from the Mekong Delta in the stylish surrounds of Maison Saigon Marou.

I know Ho Chi Minh City is home… because I’m not afraid of getting lost in its endless maze of alleyways. Navigating can be a nightmare because streets are mostly named after Vietnamese historical figures, each name having at least three parts (first, middle and last name). To make matters worse, the same street names are often used in multiple city districts, so you really have to know where you’re going.