Stunning Halong Bay continues to dominate the itineraries of most travellers in Vietnam, but it’s not the be-all and end-all of the country's northeast.

03/04/2017 15:51
Chia sẻ
If you’ve got some time up your sleeve and want to delve a little deeper, you’ll find there is more to this region than cruising around Halong’s feted karsts. 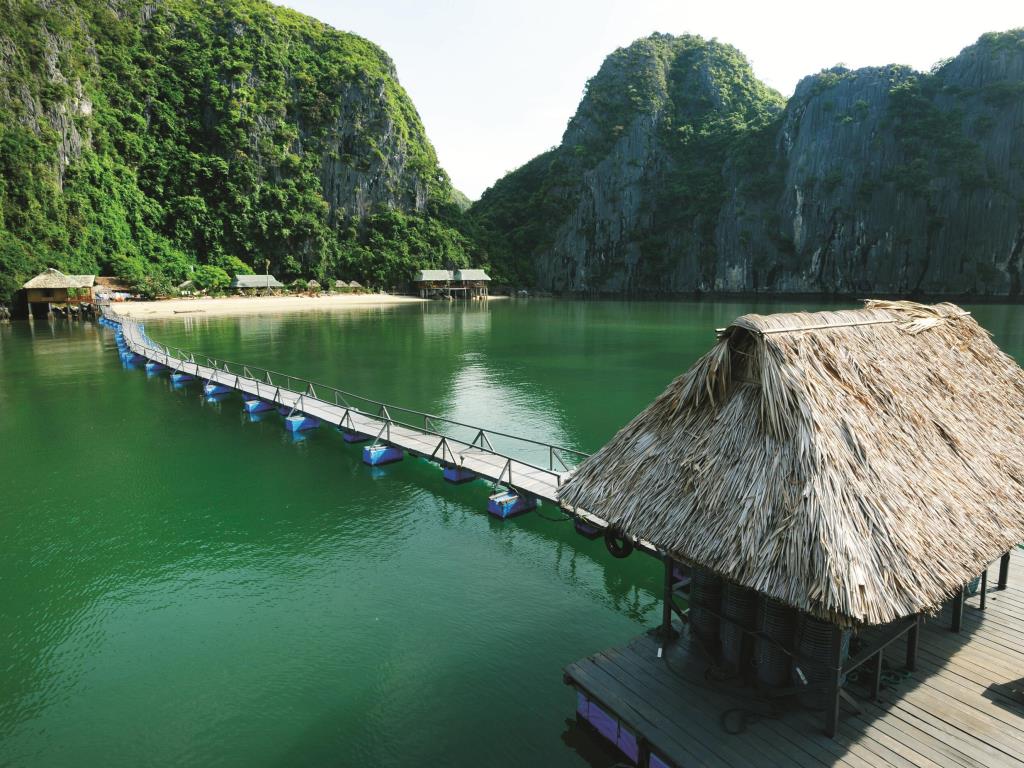 Craggy, jungle-clad Cat Ba Island is the launching pad for exploring the limestone islets and towers of Lan Ha Bay. Geologically an extension of Halong Bay, and just as dramatic, Lan Ha Bay sees much fewer visitors. But Cat Ba has more to offer than a beautiful seascape to goggle at.
This is the northeast’s adventure capital – whether you want to climb it, bike it, hike it or kayak it, Cat Ba has the activity for you. Almost half of the island’s 354 sq km is protected as a national park, which is home to most of the world’s remaining golden-headed langur population (the world’s most endangered primate), while the island’s cliffs have become one of southeast Asia’s top learn-to-climb destinations. Most visitors to Vietnam’s northeast gravitate towards the coast, but nature lovers and hikers would do well to cast their eyes further north and inland as well. The handful who make it to Ba Be National Park are rewarded with intrepid hiking opportunities and tranquil lake vistas hemmed by jagged peaks. Three interlinked lakes form the heart of the park, and tootling around the lakes by boat, or kayak, is the best way to experience Ba Be’s languid beauty. The rainforest-covered hills have off-the-beaten-track hikes for those who want to get more active. The park is also home to 13 ethnic minority villages, and the small fishing villages that rim the lake have a well-established homestay program, allowing travellers the opportunity to sleep in a simple traditional stilted house. 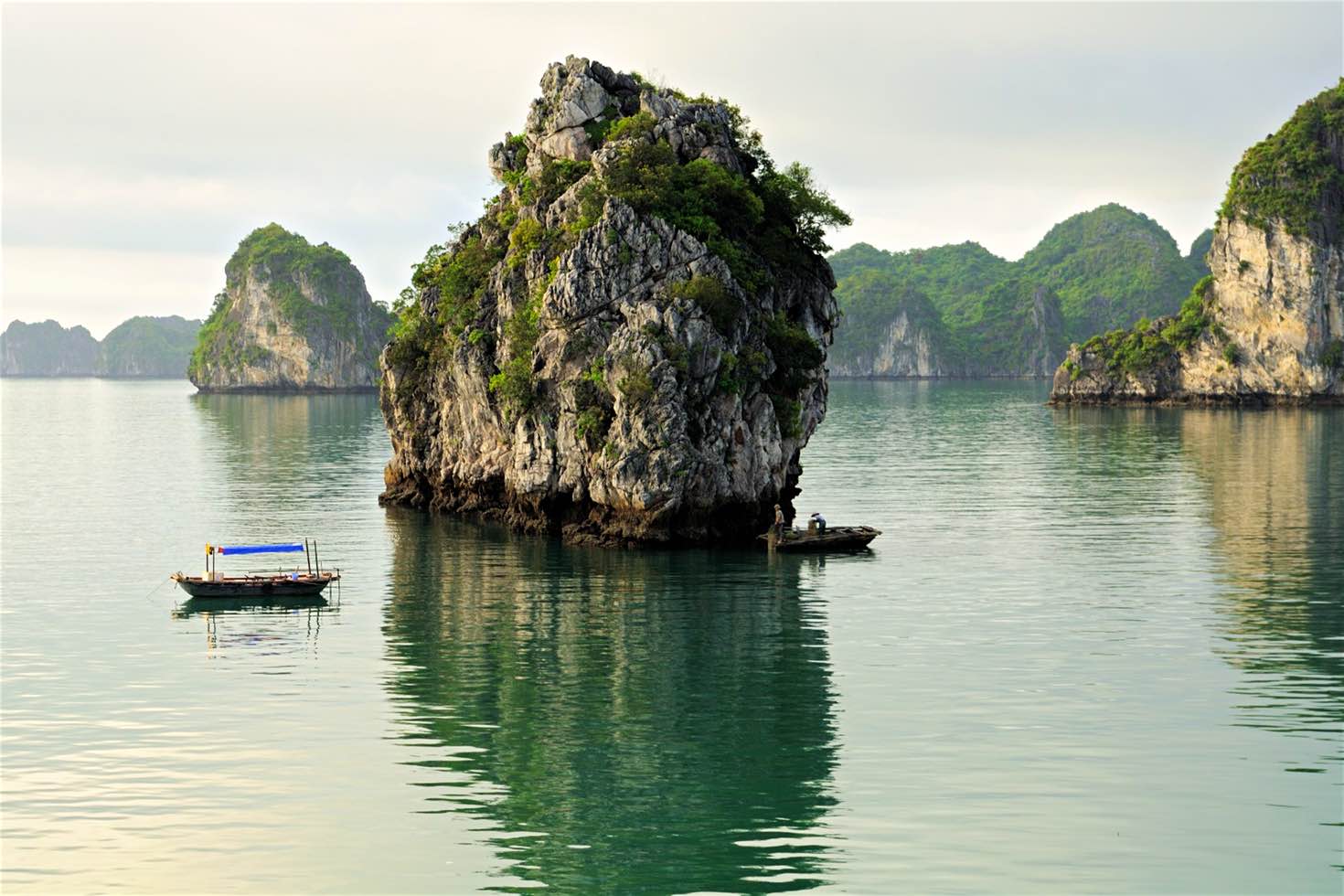 The limestone outcrops of the northeast coast don’t stop at Halong Bay – the procession of pinnacles, islets and islands continues all the way to the Chinese border. This is Bai Tu Long Bay, a seascape just as striking as that of its famous neighbour to the south, but much less visited. Like at Halong Bay, Bai Tu Long is best appreciated on a cruise, but as there are much fewer cruise trips, the karst views are not as often obscured by other boats. 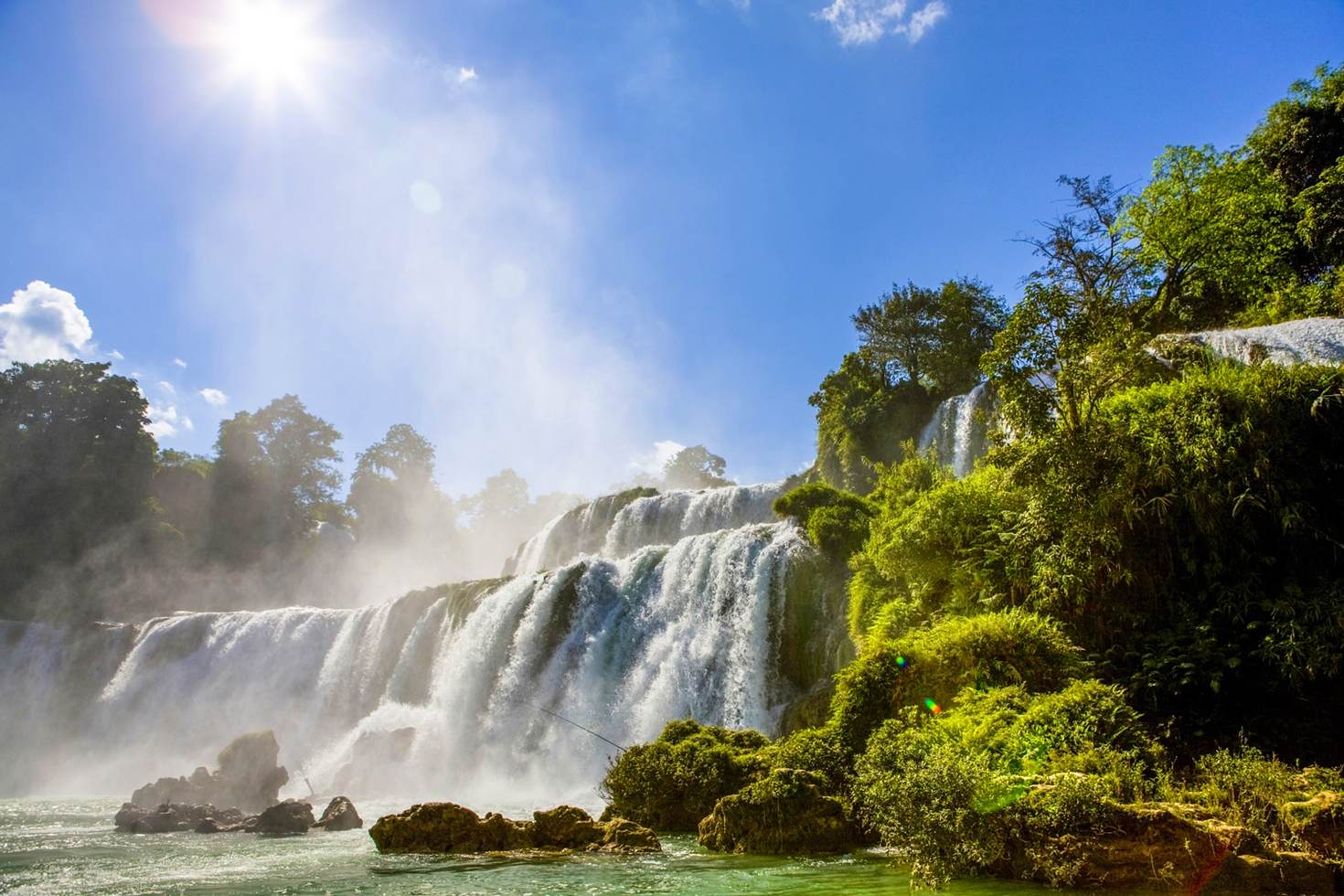 Unless you’re travelling the road to China, Cao Bang province may not register highly on your itinerary. The countryside here, punctuated by knobbly-edged green karst hills, does hide a couple of sights that are worthy of a stopover for those heading this far north. Ban Gioc Waterfall is the province’s most famous highlight, with boat rides that take you close to the cascades. Nearby, Nguom Ngao Cave is one of the most magnificent cave systems in Vietnam, home to mammoth stalactites and stalagmites. For history buffs, an excursion to Hang Pac Bo (Water-Wheel Cave), further west in the province, is a good detour – Ho Chi Minh launched his revolution from this cave hideout in 1941.