Da Nang often serves as a hub for travellers looking to explore more of Central Vietnam. 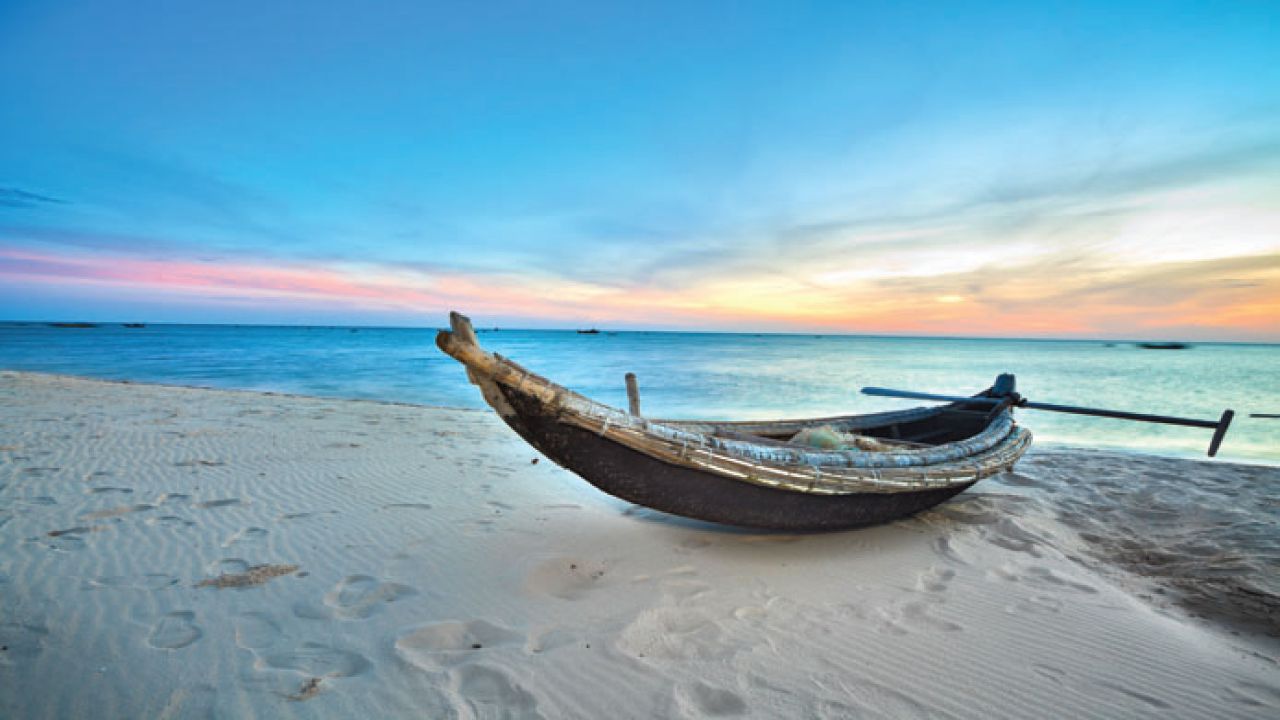 From Cua Dai Beach just outside Hoi An, the blue-green outline of the Cham island rises from the horizon. Travelers have a number of ways to reach the lush  islands with their well-preserved mountainsides and coral. The most common way is to book a speedboat through a hotel or agency.

This makes for a quick trip (about 30 minutes), but can often get crowded and the drivers are heavy on the throttle and the sea can get roug. There’s also a local ferry at 8:30am each day that makes the run in two hours and visitors ride with locals and the islands’ supplies.

Once on the main island or in the clear water that surround it, there are a number of relaxing ways to spend time in the sea or on the sand. Local dive shops can arrange snorkel or scuba outings. Coral lines the seabed and tropical fish flicker colors and sea life populates the boulders and crevices. Along the shoreline white sand beaches bend in and out of rocky coves and inlets that lead to jungle growth that rises up the mountainside.

Visitors can lounge along the placid shoreline and clip in the calm waters. Special arrangements need to be made to head up the mountain, however, as it is military-controlled. A trip to the Cham Islands presents a chance to relax and dive in one of the most untouched areas in Central Vietnam. From the flouring mountains, to the rocky outcrops and inlets, to island is a paradise just minutes from Hoi An.

If visitors fall in love and wish to spend more than a day, they can arrange a homestay or rent supplies to camp on the beach, frying fresh fish as the sun hangs low over the water. 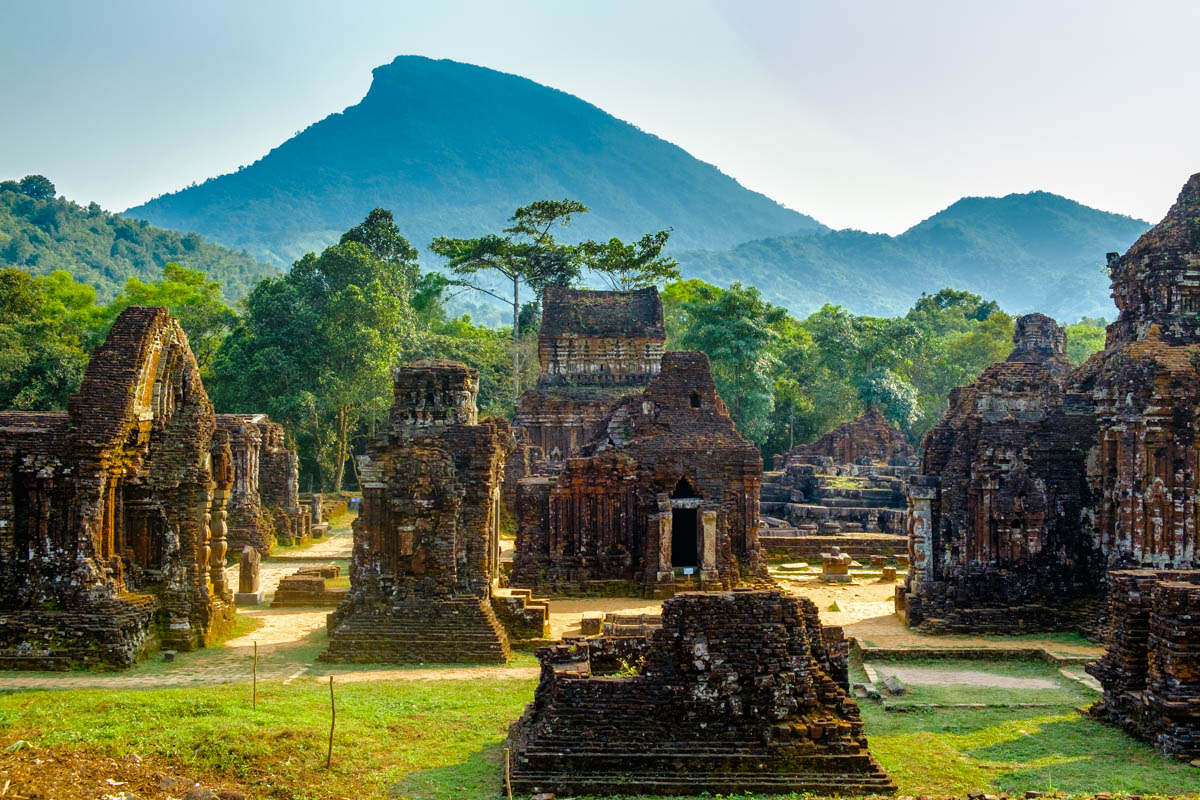 Lying in the heartland of ancient Cham culture in Central Vietnam, temples, tombs, and sculptures built between the 4th and 14th are spread are spread over the jungle landscape. These are the My Son ruins just between Dong Duong and Tra Kieu.

My Son sits in a valley cradled by mountains on eithe side, where visitors can walk among the intricate carved facades and towers assembled centures ago from sandstone and fired brick. These towers and tombs have been etched with elaborate depictions of battles, religious ceremonies, and the imagines of deities and kings. Looping letters of old Cham and Sanskirt are interspersed with busts of fanged dragons and dancing Apsaras.

The towers and temples of My Son are surrounded by lush jungle and are gradually being reclaimed by nature which sets a distinct scene of remote and archic beauty. Tufts of grass crown some of the monuments but the architecture and carvings have been preserved.

Stepping through these tone threholds and into the sacred rooms of a once powerful kingdom that dominated much of Central Vietnam is an experience in the breadth of cultures and traditions that influenced the early history of Southeast Asian. Cham once inhabited the surrounding towns and came decked in religious regalia to perform their rites and political events at My Son. Now the monuments in these hills serve as the largest and best preserved testament to their lives and history. 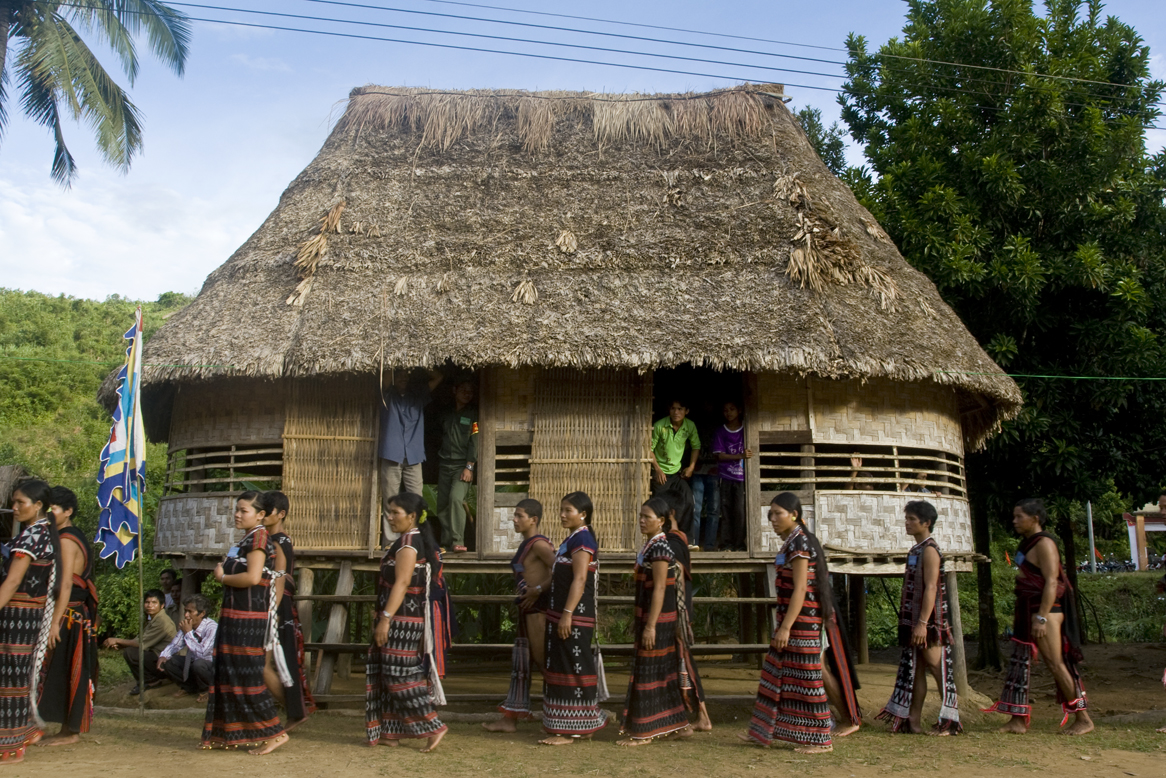 The foothills and mountains that roll west from Da Nang and over the border with Laos are the home of the Co Tu ethnic minority. The relatives isolation of the region they call home has allowed them to preserve their traditional lifestyle and unique tribal culture.

One popular Co Tu village rests on the edge of the Kon River bordered by the montain peaks. The thatched roofs of traditional rattan and bamboo homes that break through the foliage are the first sign of the village. The Co Tu, dressed in traditional woven garments and draped in beads, offer a warm welcome to visitors and show off their culture and lifestyle.

Women fashion traditional garments from hand looms and string jewellery. The men carve wooden sculptures and work the fields. As the day winds to a close, the smell of roasted meats and cooking rice spreads through the village and the community gathers together to eat in a communal house. There is sometimes dancing and drumming around a fire as night falls.

For visitor who wish to spend more than a day in an idyllic mountain village, some offer overnight stays and tours through the mountains, archery and craft workshops arranged by the villagers. Socially conscious visitors can rest assured certain resorts (like Bho Hoong Bungalows) began as government funded projects to boost village economies while sustaining ecosystems and culture. 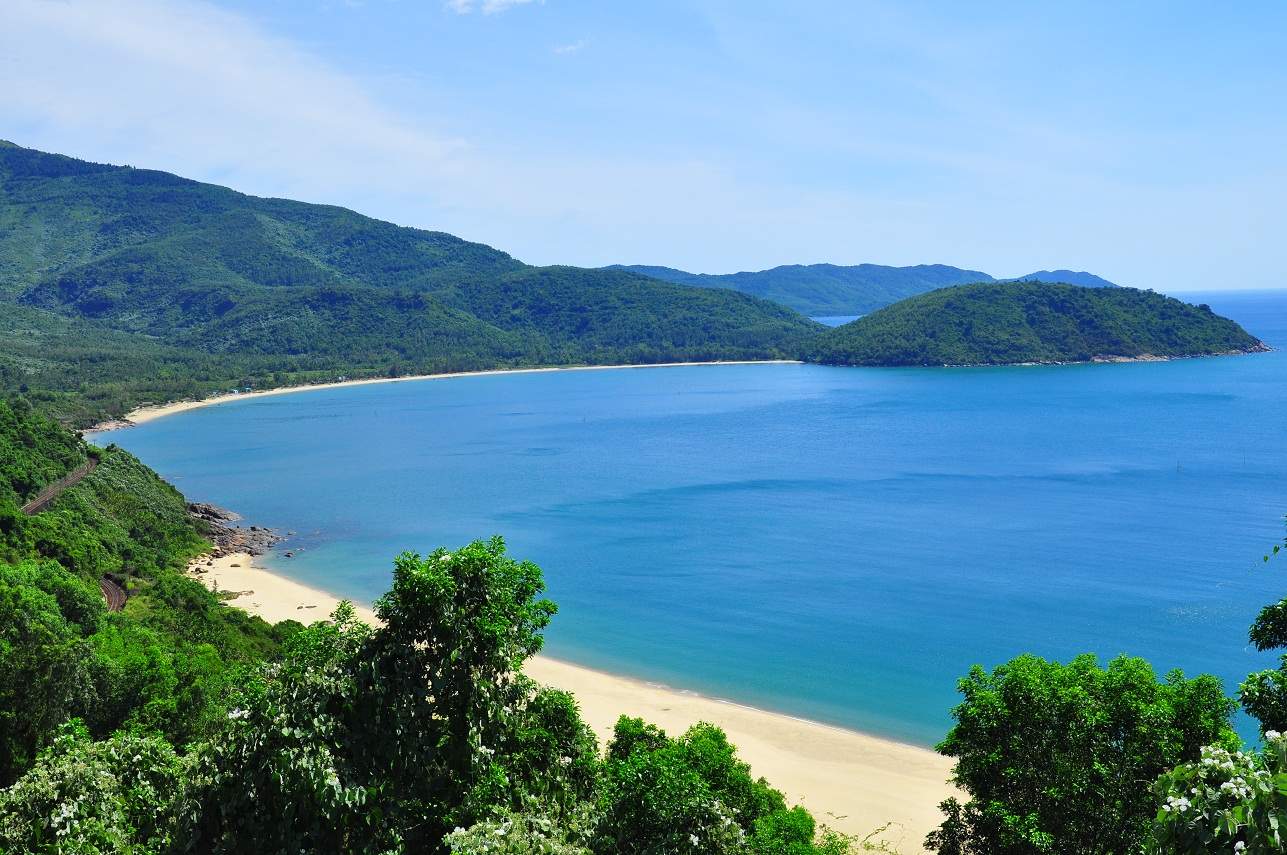 Just over the Hai Van Pass, 40 km from Da Nang, is the serene fishing township of Lang Co sandwiched between the ocean and a scenic lagoon framed by a mountain range.

The main road to Hue runs through the small community. If travelers don’t take the chances to turn off and explore the narrow local roadways, they risk missing the traditional Vietnamese  fishing techniques preserved there among scenes of striking natural beauty.

On a clear day the lagoon stretches like glass, still and blue, broken only by the silhouettes of stilted fishermen’s huts and suspended netes until it reaches toward a mountain range made hazy by the distance.

Visitors can sample the local seafood on the water t restaurants at the end of the walkways hovering over the water. To the east calm seawater sloshes on white shorelines overseen by the Truong Son somuntain range. You can take a bus from Da Nang bus station to Lang Co, however taking a train a simpler. There are four trains a day taht stop at Lang Co on the way Hue.