Uncover the Secrets of Skara Brae in Scotland

Located on the west coast of Mainland, the largest island in the Orkney archipelago of Scotland, is Skara Brae, the most complete Neolithic village in northern Europe.

25/10/2016 16:04
Chia sẻ
It is older than the Great Pyramids and Stonehenge, and many think of it as the Scottish Pompeii due to the fact that it is so well-preserved. Because of this, Skara Brae is able to give an accurate insight into the lives of the farmers who lived there between 3,200 B.C. and 2,500 B.C. 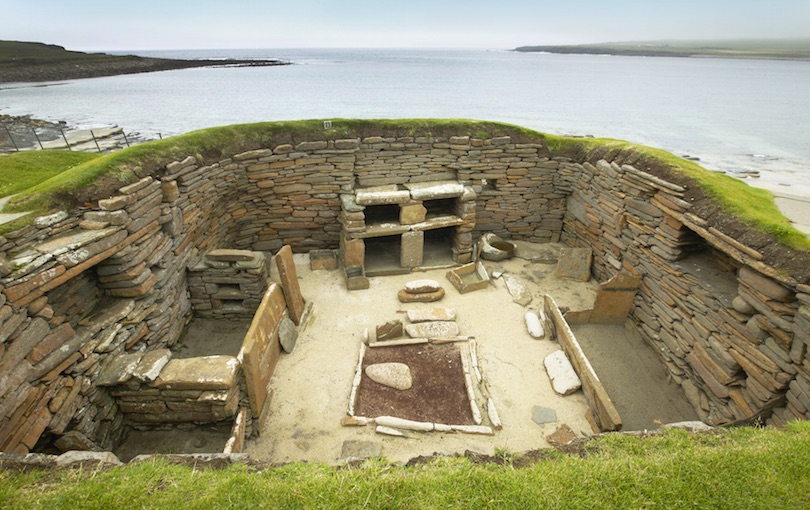 During the winter of 1850, a fierce storm battered Orkney, which was not unusual. However, this time the high tide and storm winds washed away the sand and grass from a large mound. This action uncovered the outlines of several stone buildings. As a result of numerous expeditions to the site, a cluster of eight buildings was unearthed. Those who visit the site today are able to view Skara Brae as it nearly was 5,000 years ago. 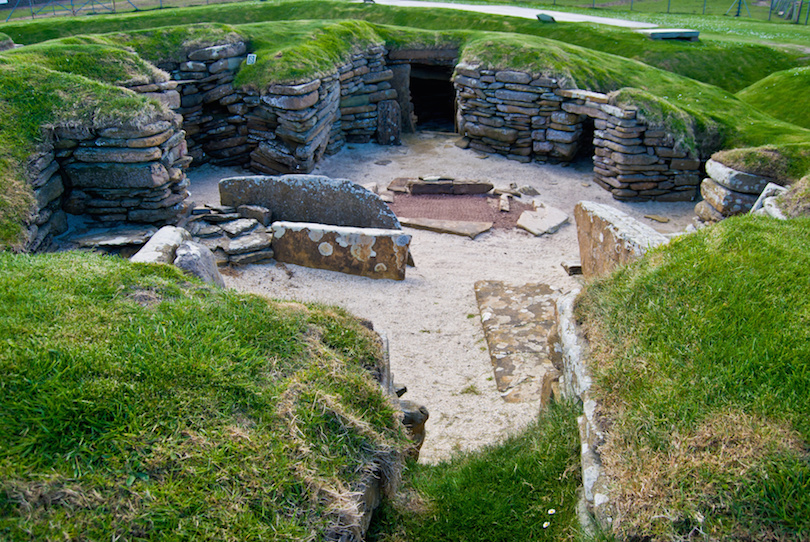 Low, covered passages connect the eight buildings in Skara Brae. Seven houses all follow the same design. They consist of a square room with a central fireplace. There is a bed on each side of the room and a dresser with shelves on the wall opposite the door. Because there were no trees on the island, the villagers built their entire home from stone. This included the beds, dressers, seats, fish tanks to hold their bait and the central hearth. They built their homes into mounds of pre-existing waste called middens, which helped to insulate the structure, and they used turf for the roofs. 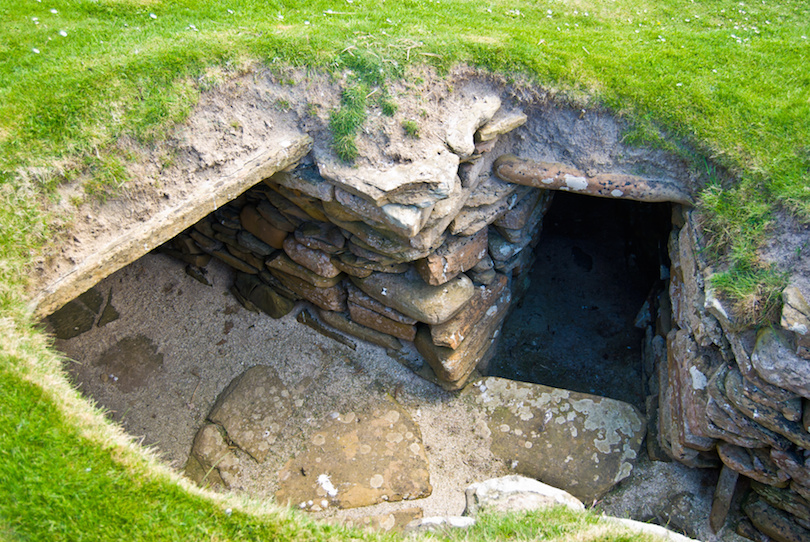 The eighth building is divided into several smaller sections and is thought to be a workshop for the villagers due to the discovery of small pieces of bone and antler there. Archaeologists also found chert, a substitute for flint, and volcanic pumice that washed up on the beaches from Iceland. The villagers used these items to create stone tools. Archaeologists unearthed a large number of artifacts at Skara Brae during the excavations. These include jewelry made of bone and ivory, hairpins, and cups and bowls made from whale or dolphin bones. They also found gaming dice, pendants, needles, knives and shovels. The inhabitants of Skara Brae made pottery, including Grooved Ware, a type of pottery made with decorative grooves carved into the objects. Many of these artifacts are available for viewing at the Visitor Center at the site. Life at Skara Brae came to an end around 2,500 B.C. Historians once thought that the villagers abandoned their homes due to some type of disaster. However, archaeologists today believe that the wind, the spray from the salt water and the intruding sea destroyed the farms over time. Without adequate farmland, the inhabitants drifted to areas that were more productive. 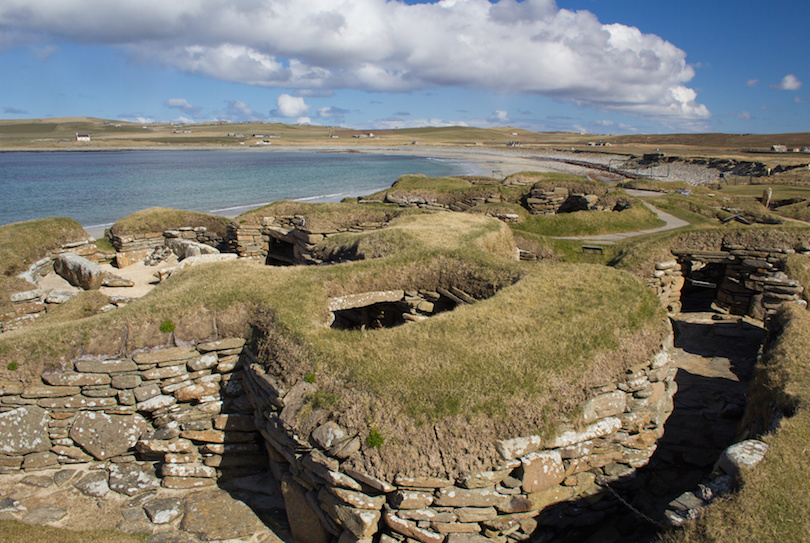 Visitors are encouraged to walk through a reconstructed home, as well as to view the entire group of Skara Brae homes from a high vantage point. The Visitor Center at the site has a shop, a café and hands-on exhibitions. In addition, visitors have the opportunity to create a Neolithic pot, and both children and adults can take a trip back in time while playing interactive games.
This intriguing site is open to visitors throughout the year. Those taking a trip to Scotland should not miss a chance to trade the stress of the modern world for a brief look at life 5,000 years ago in Skara Brae.