Home » News » Around the World » Exploring the ancient city of Bagan

In this gentle and peaceful land, how fresh and peaceful the morning is! The ancient capital of a once golden age boasts many ancient temples. Hot air balloons hang freely in the middle of the sunset. The most beautiful sunrise on earth can be contemplated here… 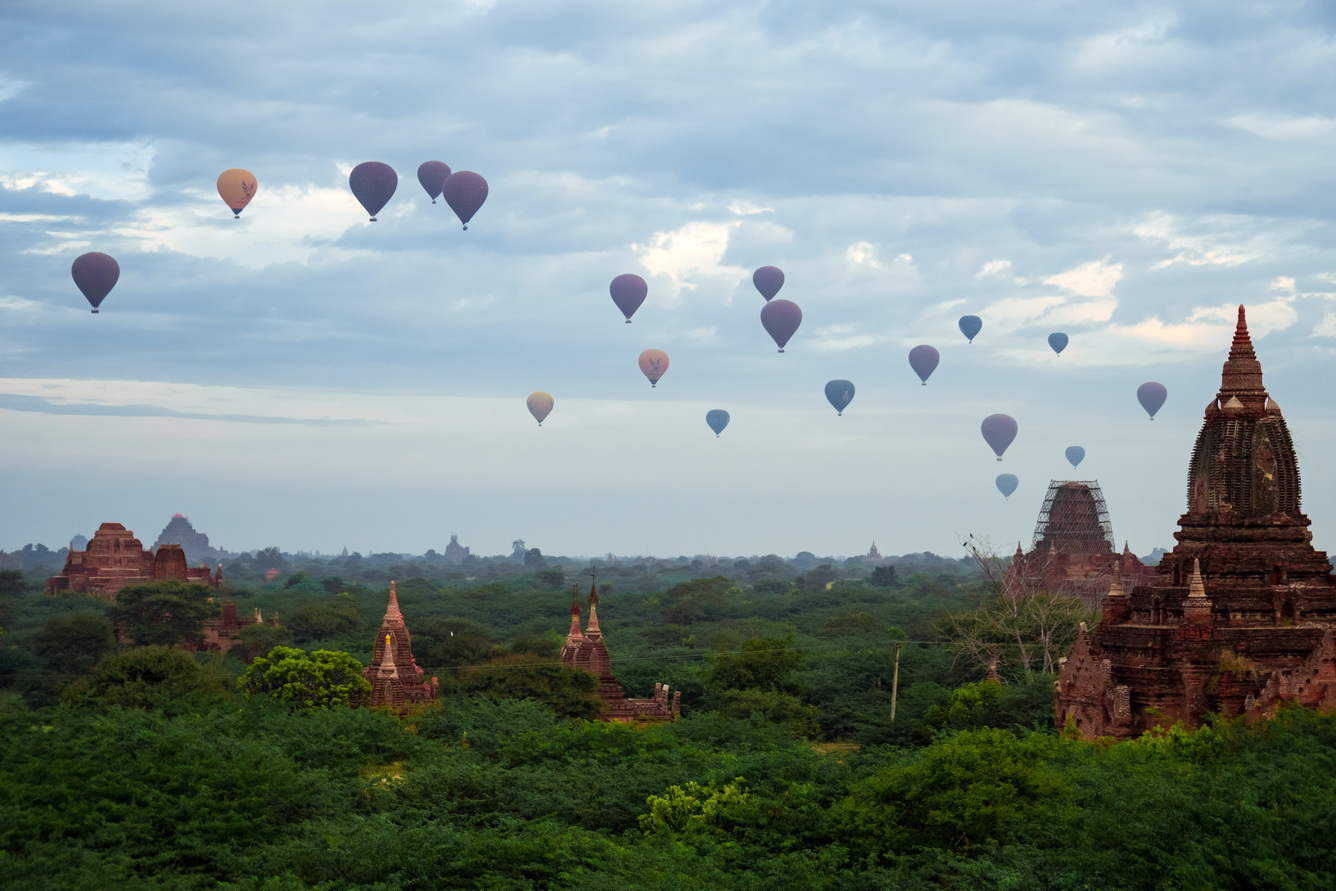 No words or strong emotions could describe my feeling when I arrived in the ancient city of Bagan. This is because I was really awed by the wonderful and peaceful beauty here. The land of the once glorious ancient capital appeared before my eyes, not noisily but peacefully thanks to the quiet space of ancient temples. This place is known to be once the flourishing capital of the Pagan Kingdom from the 9th to 13th centuries. Now it is home to about 2,000 temples.

Buddhism in Bagan in particular and Myanmar, in general, follows the Theravada school, also known as Southern Buddhism. The practice of the monks is similar to that of Buddhism in Thailand, Laos, Sri Lanka, and Cambodia. They do not stay at the pagoda but at the monastery. They go out for food in the morning and do not have a vegetarian diet. They instead eat only between sunrise and 12 noon.

Shwezigon Pagoda was the first place I discovered. It is considered as the oldest in this miraculous land. The pagoda has the "original" architecture of the golden Shwedagon Pagoda in Yangon. Unlike the magnificent Shwedagon, Shwezigon brings a sense of peace. Legend has it that more than 30 tons of gold were inlaid and thousands of precious stones were mounted on the top. 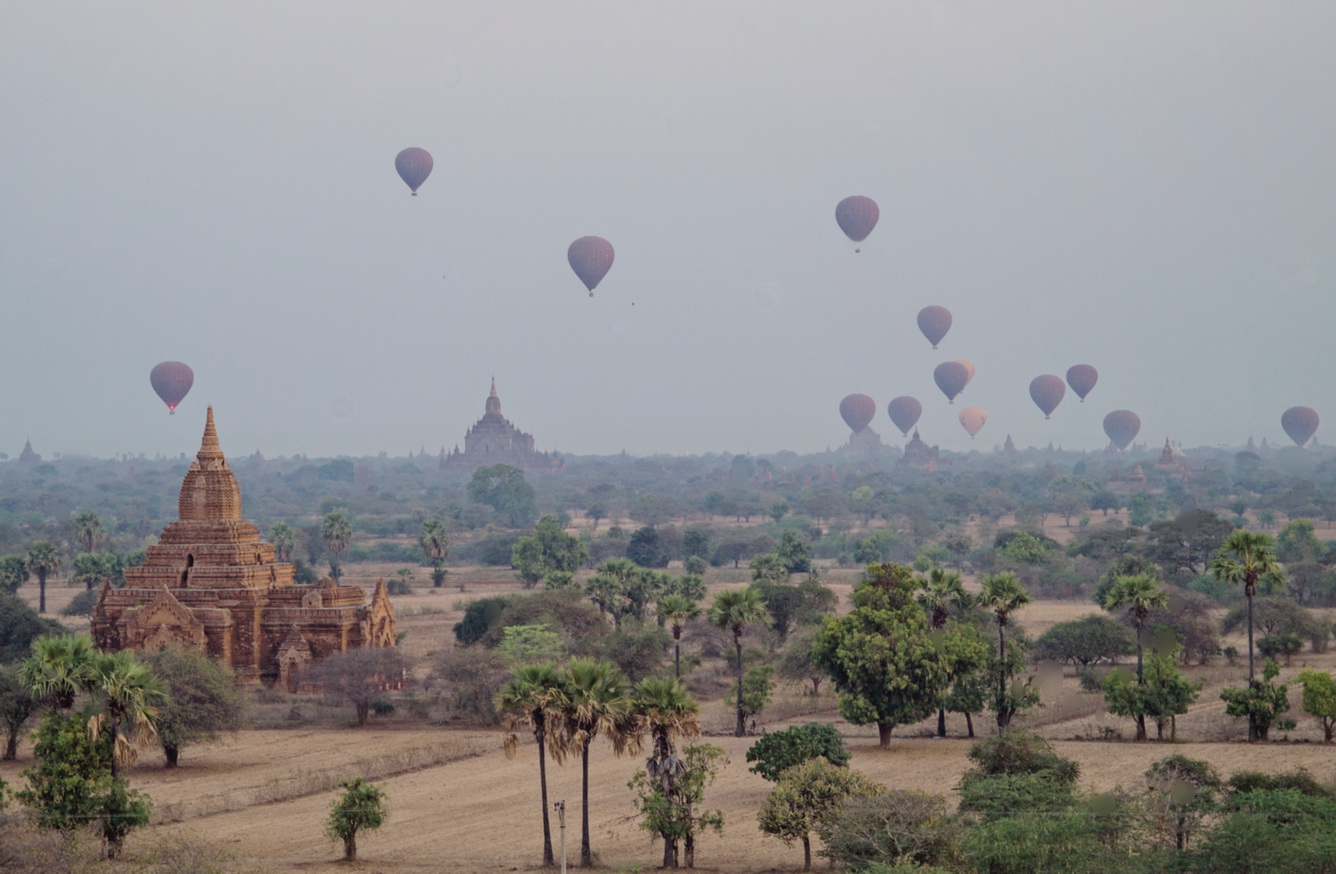 About 4km from Shwezigon Pagoda, Ananda is known as the most beautiful temple in Bagan. It has 4 large golden Buddha statues placed in 4 directions. The most striking feature of the temple is the gilded main spire. This makes the reflection of light visible from a great distance in the middle of the plains of Bagan. I was fortunate enough to come here at night when the lights were lit. That was a beautiful mystical atmosphere surrounding the temple.

The next morning, I spent time conquering Thatbyinnyu, the tallest temple in the ancient city of Bagan. Visually, Thatbyinnyu is massive, whitewashed, and looks like a European Renaissance Christian monastery. Inside the temple are long corridors with altars featuring Buddha statues in different postures. All of the statues are inlaid with sparkling gold.

Another temple not to be missed in Bagan is Dhammayangyi. According to a companion of mine, it took 6 million bricks for the construction. Just once set your bare feet in and silently walk around the temple. And you will understand why the greatness and mystery of Dhammayangyi have attracted people for hundreds of years, even though it is just unfinished work.

ONE OF THE WORLD'S BEST PLACES TO WATCH SUNRISE 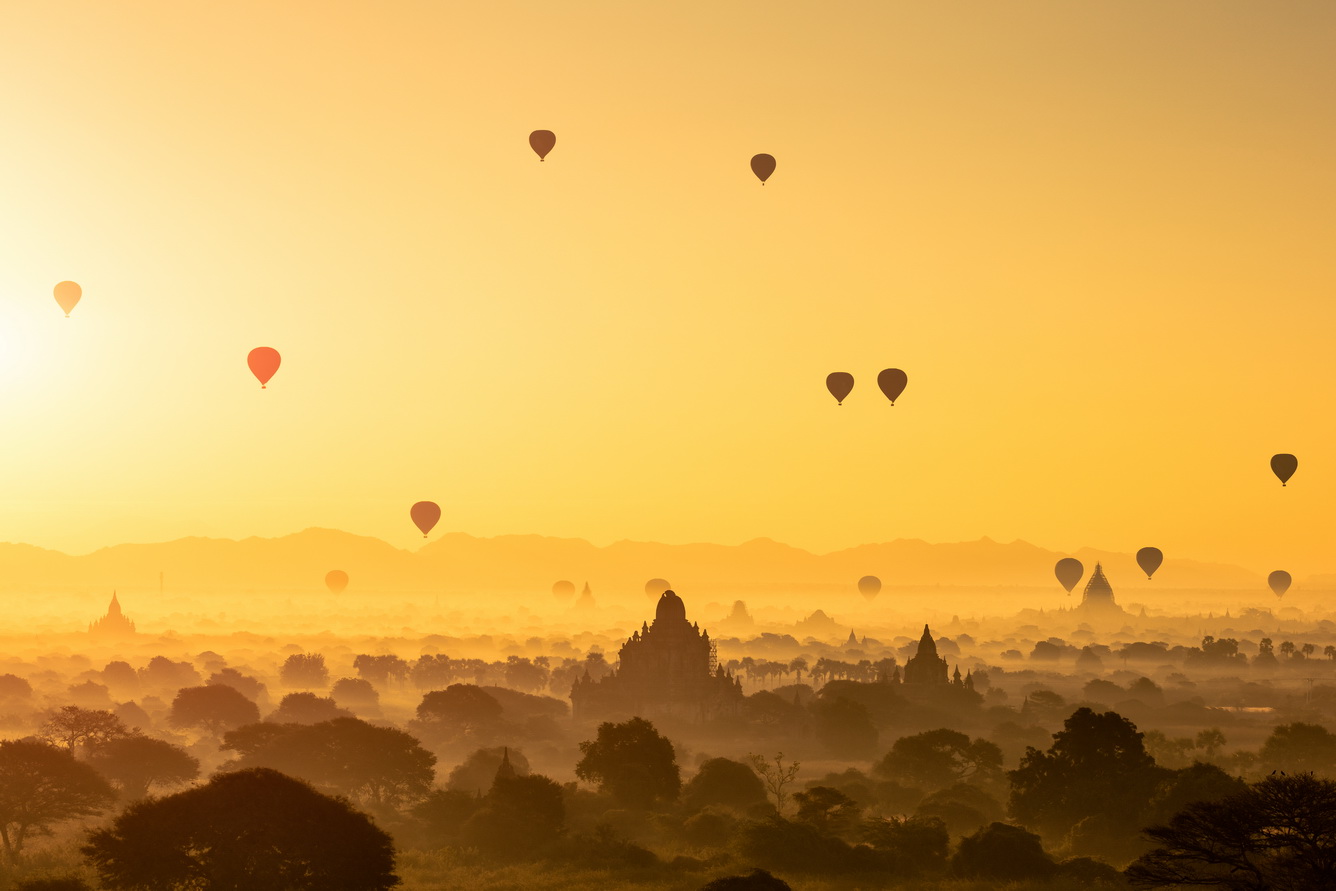 Sunrise is everywhere to be seen, not just in Bagan. That's true. However, only when I saw the sunrise in Bagan did I have the anxiety of waiting and an outburst of emotions. This is why Bagan is known as "one of the world's best places to watch the sunrise".

If you stand at the Shwesandaw Temple and look around, the view is wide and far enough to see how the whole ancient city transforms at sunrise. When the clock stroke 6:30, the sun began to rise, gradually emerging from behind the temple roofs. And everything around was waking up.

Like a slow-motion movie, it seemed as if both time and space froze. Everyone chose their own corner to quietly watch the scenery. Some whispered to their companions as if in fear of breaking the sacred moment. It was when each ray of sunlight was gradually appearing in the morning mist. 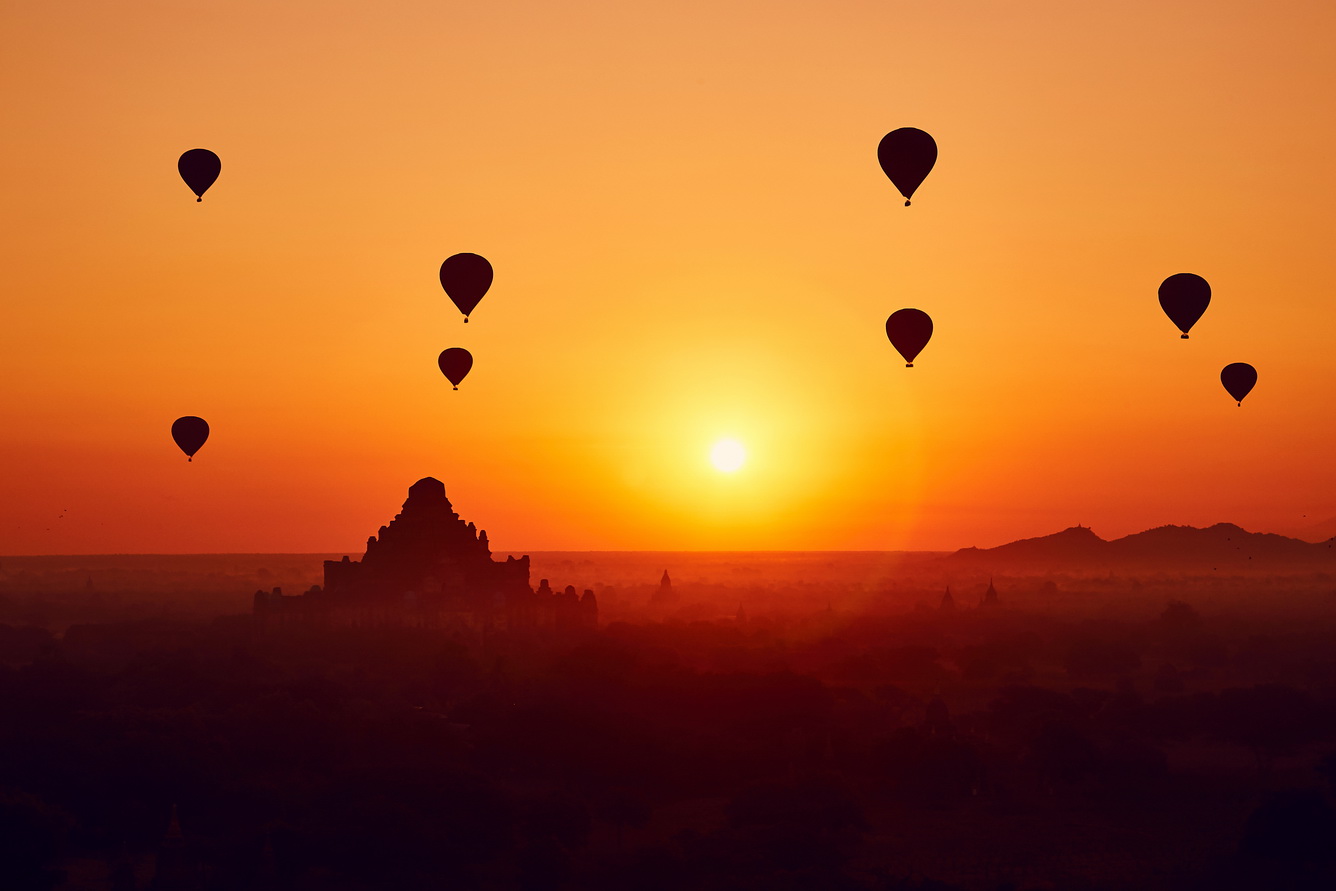 The sun rose high, became round, and hovered in the blue sky in the early morning. It brought rays of sunlight which illuminated the space. The rays then began to reach every branch of trees and blade of grass. Every corner of the temple was also tinged with a warm, golden color. That moment was so impressive that people would remember it forever.

The local people do not seem to pay attention to time here. They just take it easy throughout the day. I caught sight of the smiles of farmers working in the scorching fields. At the temples, the shadows of monks faded in and out of view. They were holding red umbrellas and walking leisurely as if aiming to reach nowhere.

There are countless reasons for us to choose the ancient city of Bagan as a stop for long trips. Maybe it is the fresh air, the gentle and idyllic life, etc. But the most convincing reason to me is perhaps the strangely peaceful scene when a new day begins in this "forgotten land".