Home » News » Around the World » The Most Beautiful Waterfalls in Myanmar

The Most Beautiful Waterfalls in Myanmar

Myanmar has it all – from pristine palm-lined beaches to skylines filled with ancient temples, and mountainous regions with spectacular views to breathtaking lakes, rivers and waterfalls just waiting to be discovered.

22/11/2017 10:55
Chia sẻ
The explorer within will only thirst for more when you learn about Myanmar’s stunning waterfalls. Ready to dive in? 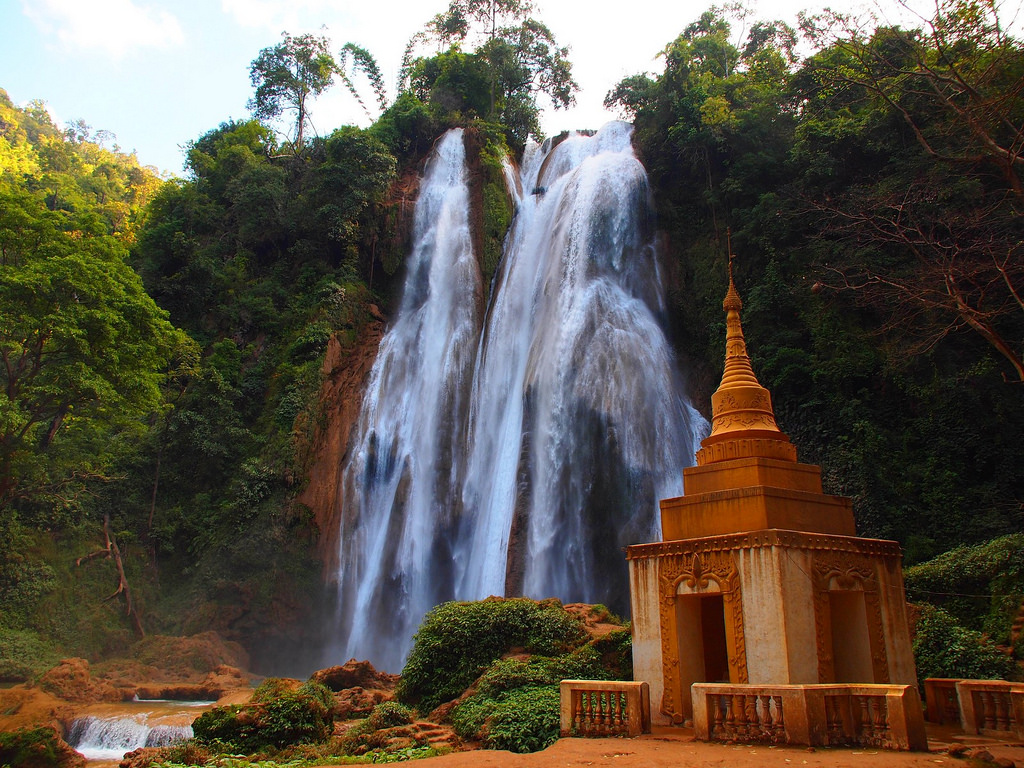 The most essential trip from Pyin Oo Lwin is to Anisakan Falls, approximately six miles away. Located on the outskirts of Anisakan (Anesakhan) village, this setting is perfect for hiking. A number of steep forested trails allow the magnificent layered waterfalls, thundering nearly 400 feet down a vibrant green gorge, to be seen from various perspectives. A small pagoda rests at the base.

To get to Anisakan Falls from Pyin Oo Lwin, take the main Mandalay-Lashio Highway towards Mandalay. The rate for a motorbike taxi should be under $10 USD, round trip. Arranging a car is the easiest way to go, and will cost around $15 USD for half a day. These prices are negotiable and may be more or less depending on season.

The vigorous walk from the parking area to the foot of Anisakan (also known as Dat Taw Gyaik) Falls takes roughly 45 minutes. Go during Myanmar’s monsoon season (May-October) for a truly awesome experience. Wear proper hiking boots; though, as the pathways are especially challenging during this time of year.

The journey to Anisakan and back deserves a full day, or at least half a day when combined with Dee Dote Falls. Considering a longer stay? Book a room at the The View, a newer resort nestled on a facing mountainside with lavish bungalows and a fine dining establishment. The View’s views won’t disappoint, especially at sunset. 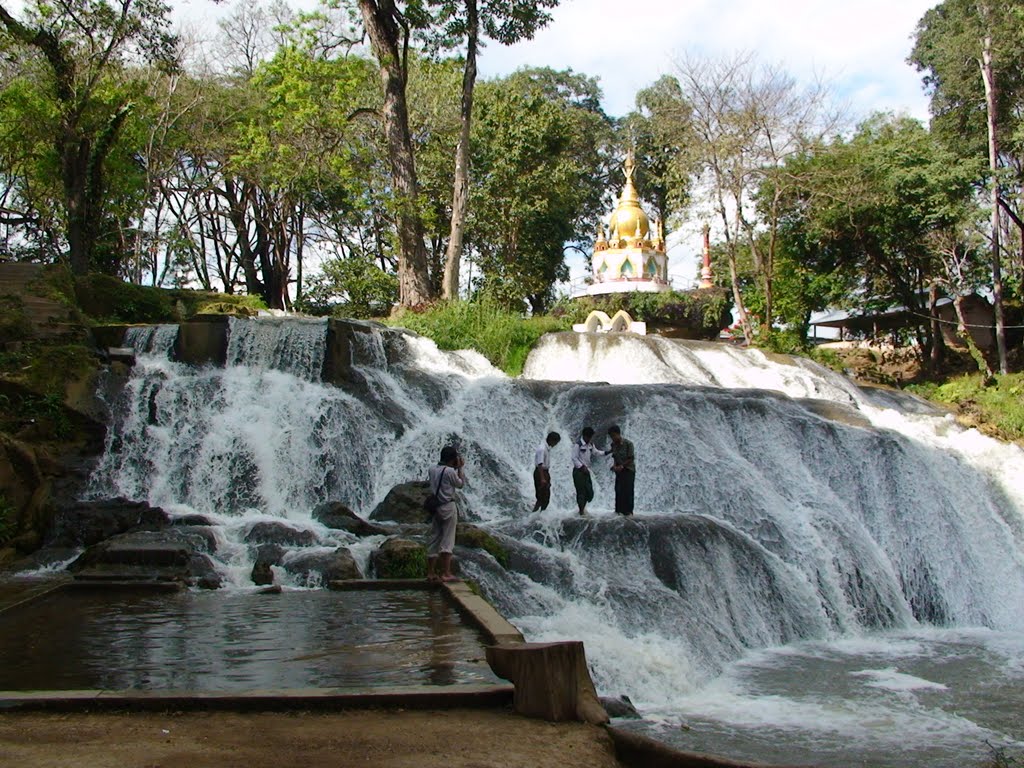 Pwe Kauk (Gauk) Falls (formerly Hampshire Falls) may not have the same ascending appeal as Dote Dee or Anisakan, but its closeness to Pyin Oo Lwin (approximately five miles towards Lashio) makes experiencing this attraction worthwhile. Pwe Kauk is a common picnicking site and sees an abundance of local tourists, which makes it a great locale for people watching.

The draw of Pwe Kauk’s stepped falls are the paths to wander about, bridges to cross, play areas for kids, and merchants selling traditional snacks and souvenirs. Head there by getting a taxi from Pyin Oo Lwin. Ask around for rates. The caves of U Naung Gu are a one-hour jaunt away for an added excursion. 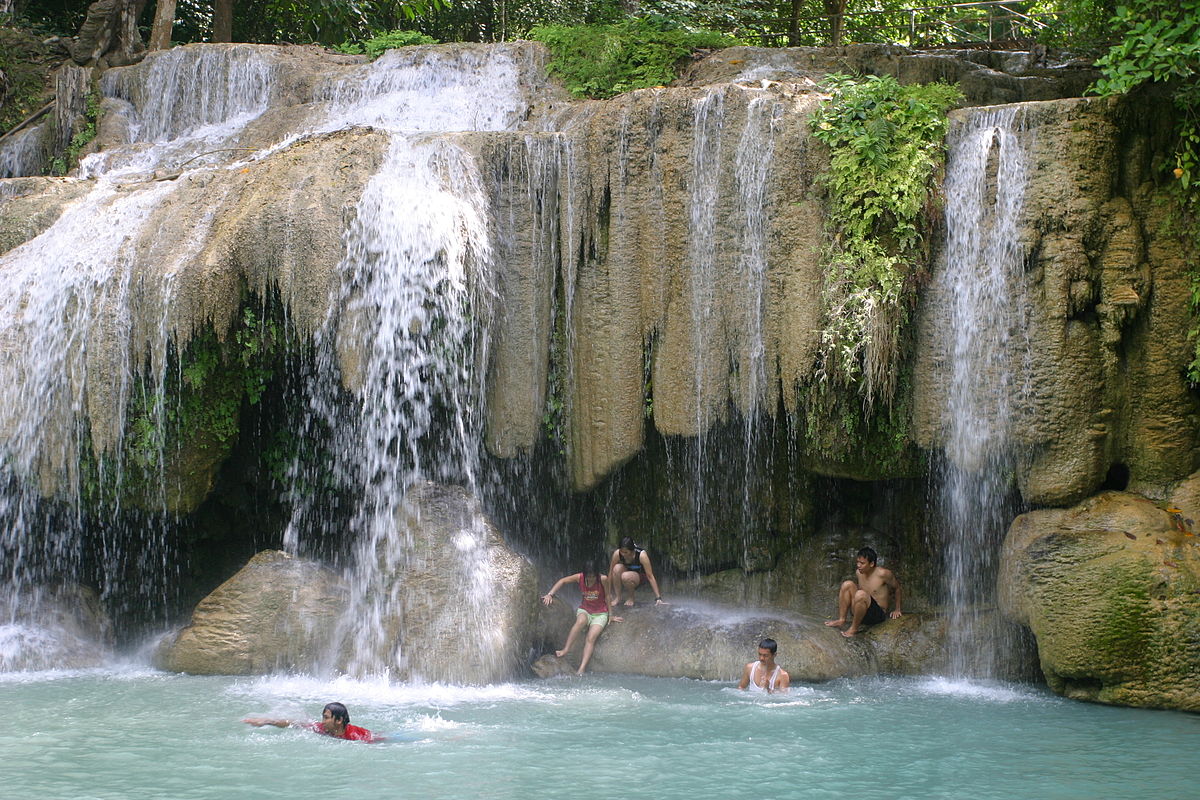 Nam Tok (Nam Tuk) Falls, also referred to as Hsipaw Falls, are found approximately three miles from Hsipaw in northern Shan State. Renting a bicycle or walking to reach Nam Tok is recommended. Bike rentals in Hspiaw are quite inexpensive.

Take the main Mandalay-Lashio Highway out of Hsipaw, towards Pyin Oo Lwin, and then follow a bike-friendly dirt track to the hilly escape. Nam Tok gushes into a small but deep pool at the bottom. Jump in to cool off after the effort it takes to get there. 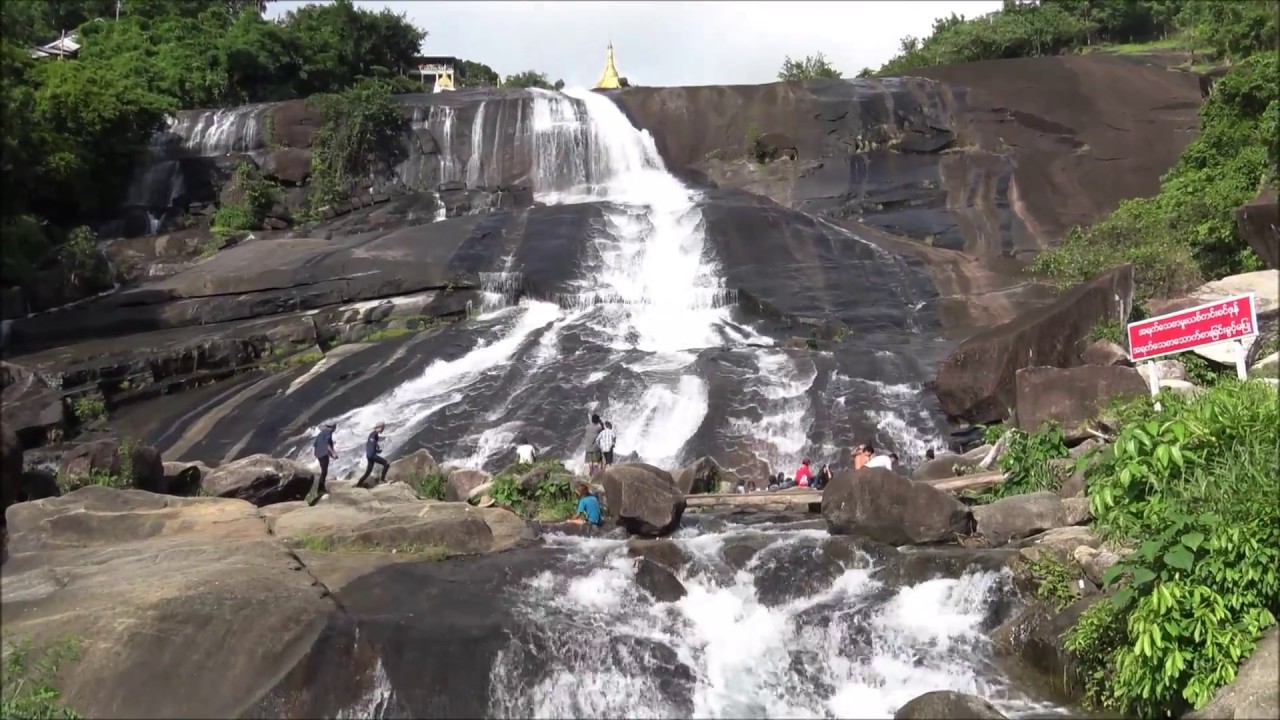 Next to the Yangon-Dawei rail line, a bit off Mawlamyaing Road leading into the city of Mawlamyine, pours Zin Kyaik (Zin Kyite) Falls. Named after the nearby village, these falls are famous among locals, and get the most action around the Full Moon Day of Waso – the beginning of Buddhist Lent.

Similar to Pwe Kauk Falls, Zin Kyaik isn’t the most striking of waterfalls Myanmar has on display. However, it’s on the way to Myanmar’s fourth largest city and Kyaiktiyo Pagoda. During Myanmar’s scorching summer months (February-May), little to no water trickles down its massive boulders. The rainy season is the best time to go. Kayin State’s remote Kyone Htaw Falls are a hidden oasis, remaining largely off the radar for most tourists in Myanmar. This unspoiled jungle gem beckons to be explored, and can be reached by driving about two hours from Hpa-An.

Foreigners may need special permission from the regional authority to visit Kyone Htaw. It’s advised to go with local guides, or have a day-trip prearranged with a tour company. These scenic, gorgeous waterfalls captivate with natural turquoise-colored water, so don’t miss out on the chance to dip in.

Myanmar’s stunning waterfalls beg you to tread deeper. Imagine what cascades might remain undiscovered! Grab a bike, lace up your hiking boots; mingle with some locals to find the best ways to get off the beaten path and experience what else makes the “Golden Land” shine.