Home » News » Around the World » The Monkey Gangs of Kuala Lumpur, Malaysia

Kuala Lumpur has a reputation for delicious food, world-class shopping and being a progressive Asian capital.

28/05/2018 15:43
Chia sẻ
But away from the Petronas Towers and Bukit Bintang lies a secret underworld hidden from view. Just behind the skyscrapers and high rises are thousands of resident monkeys skulking around certain parts of the city. 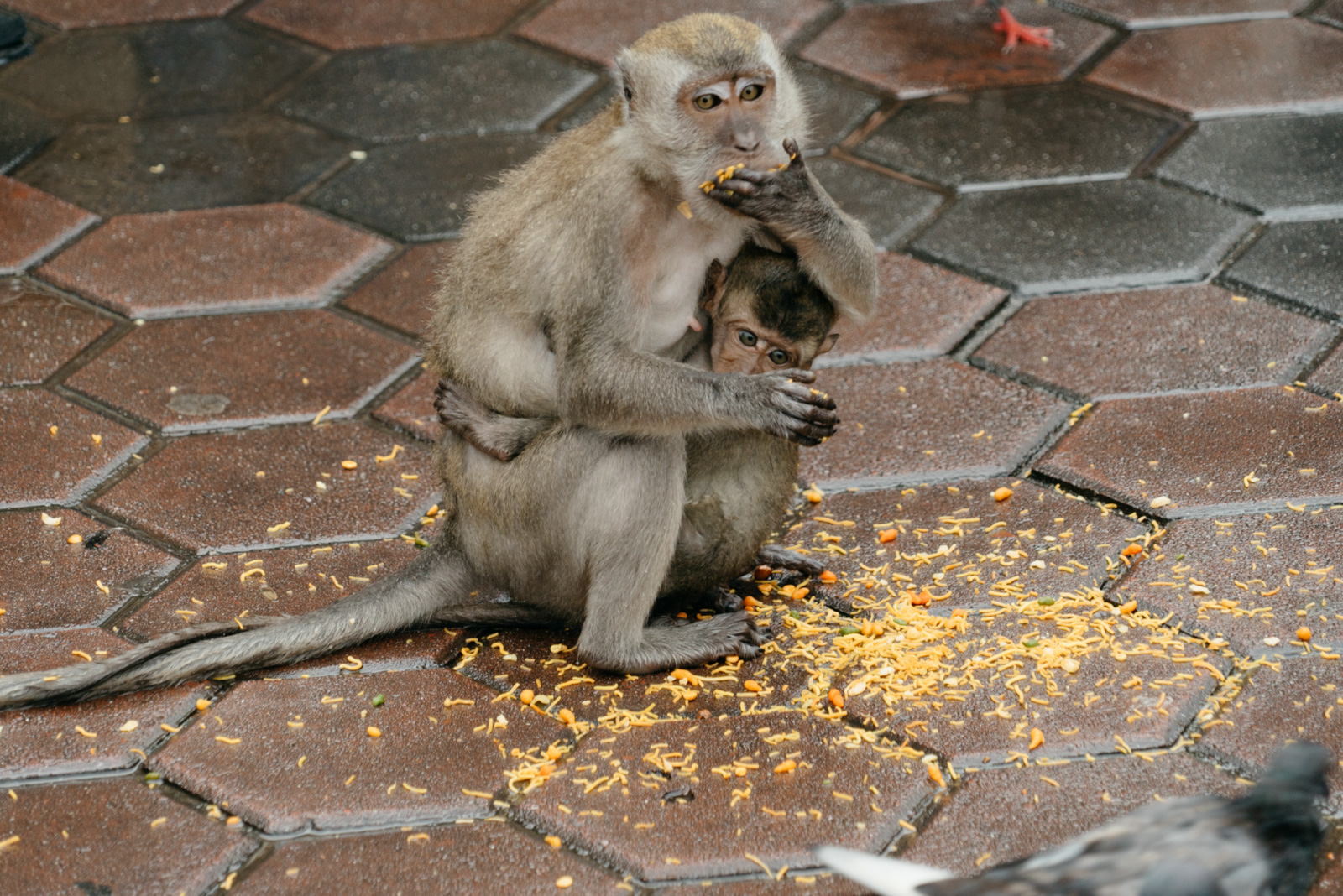 Monkeys lived in Kuala Lumpur long before people arrived and built a city. Just over 160 years ago, the sprawling metropolis of today looked just like the surrounding hills: covered in dense jungle. The endless palm plantations and dense skyscrapers and residential blocks were yet to arrive. Thousands, if not millions, of monkeys, called the jungle home. Flash forward to the present day and the former rainforest is now the city centre and suburbs. The monkeys haven’t gone anywhere – they’ve just been pushed back.

Macaques make up the majority of the monkeys in Kuala Lumpur. This particular species tend to live in the outer extremities of the jungle or along river beds, which makes them more exposed to humans. The rapid economic development and expansion witnessed in the last few decades created an unfortunate conflict. Monkey residents are not only losing their habitat as the developers clear away vast areas of the jungle, but plantation owners see them as pests.

Where to see the monkeys 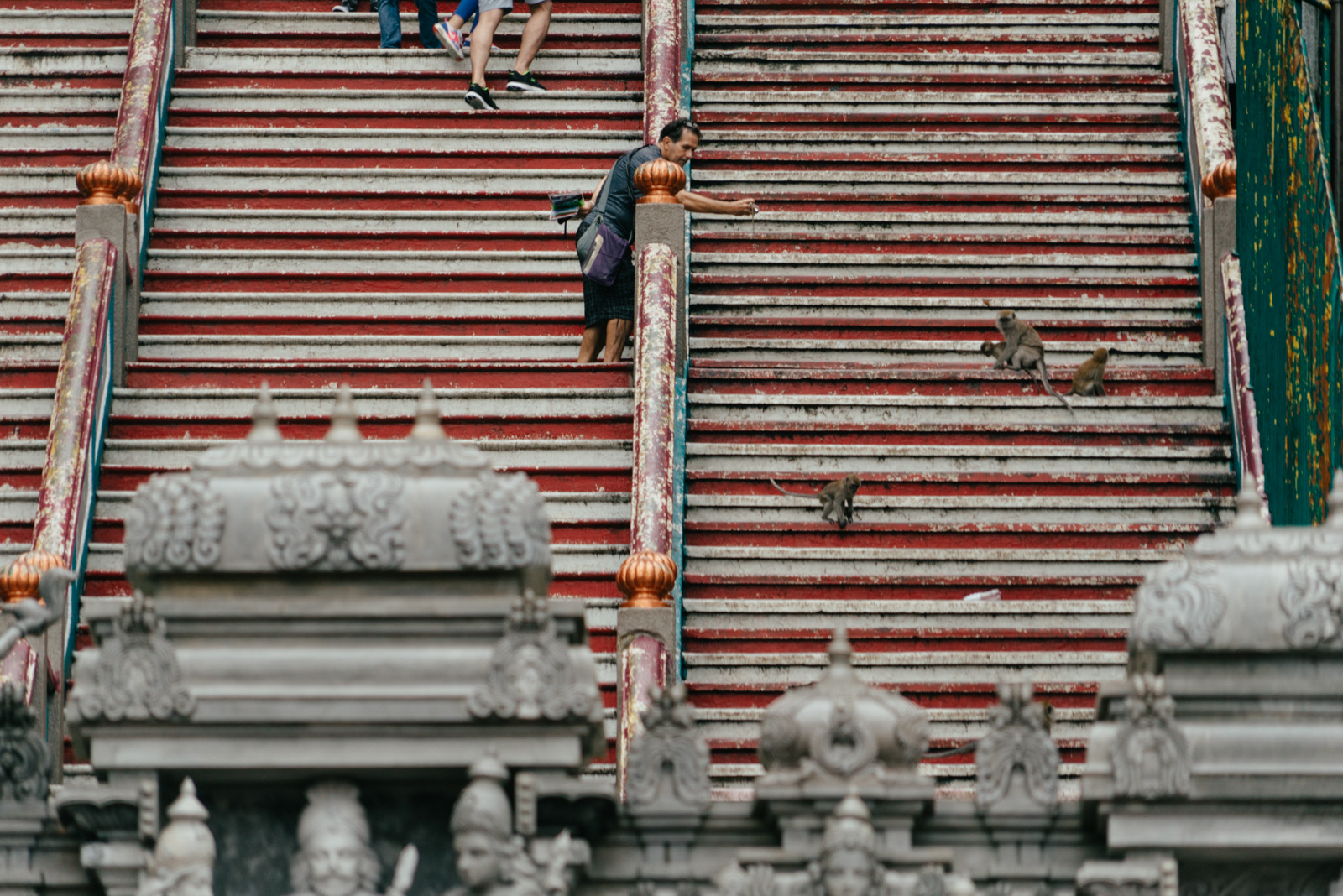 Head into the hills just outside Kuala Lumpur and walk along the trails. Within no time at all, the monkeys will be watching as they do their acrobatics and swing between trees. But the most common place for tourists to see the monkeys in Kuala Lumpur is at Batu Caves. Batu Caves, a late 19th-century Hindu temple located in a limestone cave, houses hundreds of macaques. As tourists enter the complex and climb the 272 steps to reach the temple, the monkeys wander around seemingly oblivious to the humans. Some tourists feed them fruit or nuts while others snap photographs. The monkeys aren’t scared and often appear to beg for food. Orchid Gardens, inside Perdana Botanical Garden, has a small population of wild monkeys too.

They’re not as cute as they look 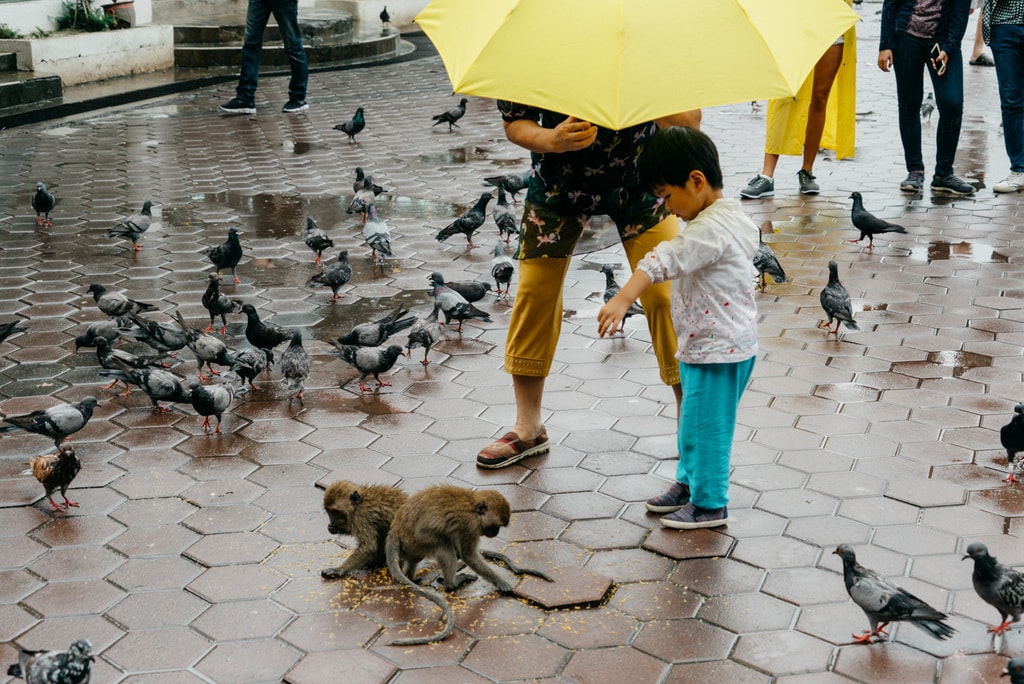 As cute and cuddly as the little critters look, they also have a dark side. The roaming gangs of monkeys, just like gangs everywhere, have a roguish side. As tourists and visitors walk past, beady eyes watch. When the opportunity arises, the adorable monkey swings down and grabs whatever they can get their hands on. From food and drinks to handbags, towels and phones, nothing is safe when the monkeys are about in Malaysia.