The best places to travel in September

Ah, summer comes to an end in this transitional month, but it doesn’t have to mean farewell to your travels. Some of the best places to travel are more inviting than ever in September. Crowds are fewer, temperatures are milder, and a chill in the evenings makes it so cozy to put on a sweater or sit by a fire.

Wine lovers claim the harvest as their favorite time of year, and other cities strive to attract us with new places to see or just quiet spots to relax and look back at summer and forward to autumn. Familiar cities are adding something new to bring us back or encourage to visit our favorite haunts from previous travels.

Check your calendar, make some plans, and look over our list for your September trip — even if it’s just a long weekend. Temperatures in the mid-60s and the departure of summer’s tourists make September an ideal time to visit Zurich, Switzerland’s largest city. Past and present combine seamlessly in Zurich, and at the same time offer interesting contrasts. Old Town’s cobblestone streets and medieval buildings speak of the city’s history, while modern nightclubs, restaurants, and shops bring it into the present. Zurich is a walkable city, and public transportation is readily available as well. Sail or stroll along the Limmat River for lovely views, or take a boat ride on Lake Zurich for another way to get acquainted with the city. The Museum of Art houses a collection of Swiss artists in addition to works by Picasso, Kandinsky, Monet, and Chagall. Soccer fans should visit the FIFA World Football Museum and its tour of World Cup History. Gourmets will enjoy a stay at the elegant Dolder Grand hotel, just in time for The Epicure, the Days of Culinary Masterpieces from Sept. 11-16, a festival featuring Michelin-starred chefs and exciting culinary events. The Big Island, the largest and youngest of the Hawaiian Islands, truly is big — nearly twice the size of the other islands combined. Beaches, snow-capped mountains, volcanoes, rain forests, and lush valleys make it an island of beauty and diversity. The Kona District, on the island’s west side, has been spared from the damage caused by Kiluaea’s eruption in the southeast. The village of Kailua-Kona combines shopping, restaurants, nightlife, and island history. Hulihee Palace, once the home of Hawaiian royalty, is now a museum featuring furnishings and artifacts dating back nearly 200 years. To the south is the spot where Captain James Cook first landed on the island in 1778. Snorkeling, diving, sailing, surfing, deep-sea fishing, golf, and relaxing on the beach are favorite pastimes of Kona’s visitors. The Four Seasons Resort Hualalai is a perfect place to enjoy all the area has to offer, along with a September bonus. The resort will host Chef Fest, a multi-day food and wine event featuring cooking classes, dinners, cocktail demos, and some of the country’s top culinary talent, from Sept. 17-20. Munich, capital of Bavaria, is a city with a few surprises. First, its famed Oktoberfest actually begins in September, this year from Sept. 22–Oct. 7. Millions of visitors don their lederhosen or dirndls and head for tents in the city’s center, grab a beer stein, and celebrate the largest beer festival in the world. Second, there’s surfing in Munich, although it’s recommended only for those who can handle the rough waters of Eisbachelle, near the 900-acre English Garden. Nudity is permitted in a few sections of the English Garden, one of six “Urban Naked Zones” which might be of interest to visitors seeking the perfect tan should a warm September day hit. About an hour outside of Munich, Neuschwanstein Castle sits majestically on a mountain. Open to visitors, it is said to be the inspiration for Sleeping Beauty’s Castle at Disneyland. Another royal palace to explore is the Residenz, Germany’s largest palace complex and now a museum displaying treasures of Bavarian royalty dating back to the 14th century. The BMW museum, near the corporate headquarters, documents over 100 years of the company’s history with automobiles, motorcycles, and engines featured in its permanent exhibitions. 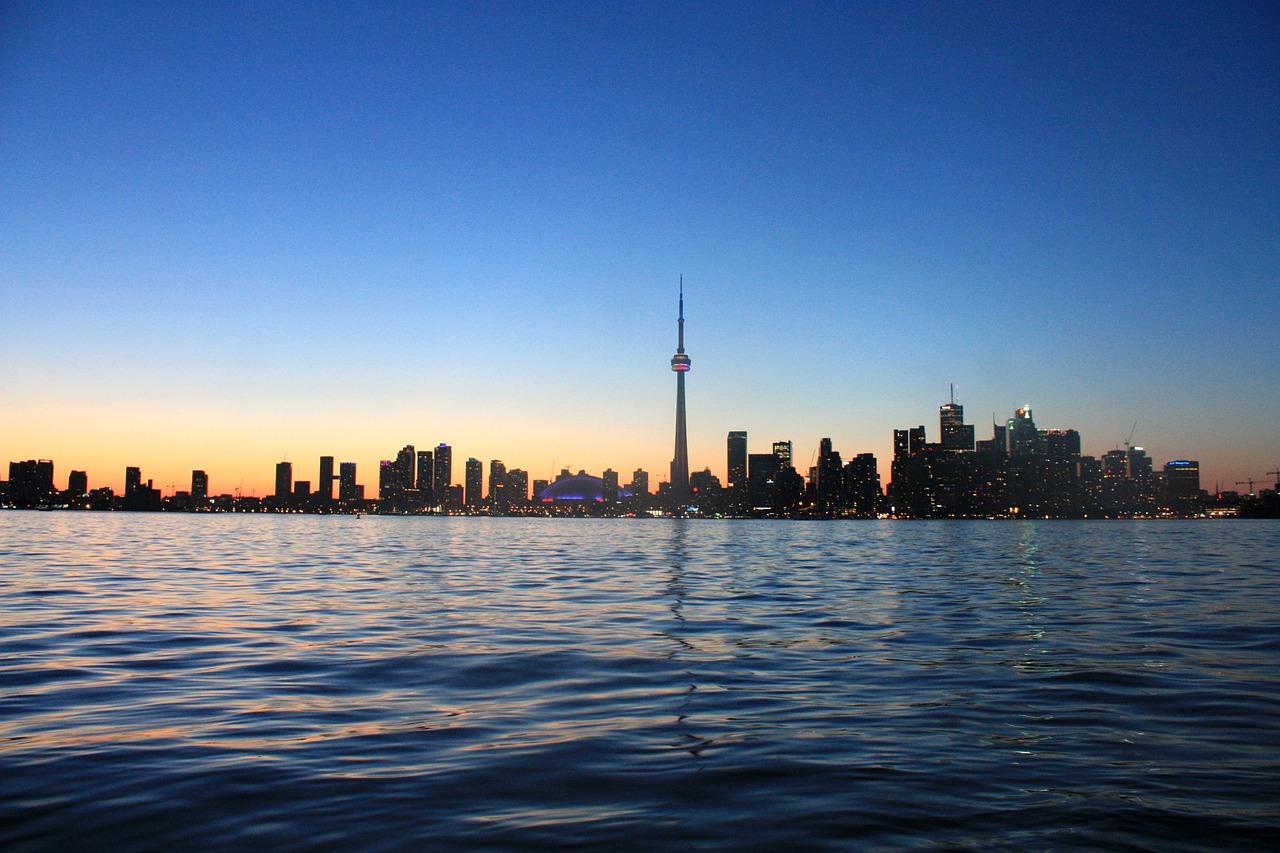 A sophisticated, culturally diverse, and exciting city, Toronto has much to offer visitors in September, in addition to comfortable temperatures in the 60s and 70s. Stroll on cobblestone walkways in the historic, pedestrian-only Distillery District, home to art galleries, theaters, cafes, and boutiques. For some excitement, head for the CN Tower where you have your choice of activities that include a hands-free walk 116 stories above the city — strapped in, but still thrilling. Take the high-speed elevator up to enjoy 360-degree views of the city or walk on the clear glass floor above it all. Baseball fans might want to catch one of the final games of the 2018 season at the Rogers Centre, home of the Blue Jays. The Toronto International Film Festival from Sept. 6-16 is one of the biggest in the world. In addition to art museums, there’s a museum devoted to footwear: the BATA Shoe Museum, with over 13,000 artifacts from every culture in the world. Niagara Falls is about two hours away by car, and trains are available as are guided tours that include vineyards, orchards, and other points of interest on the way to the Falls. 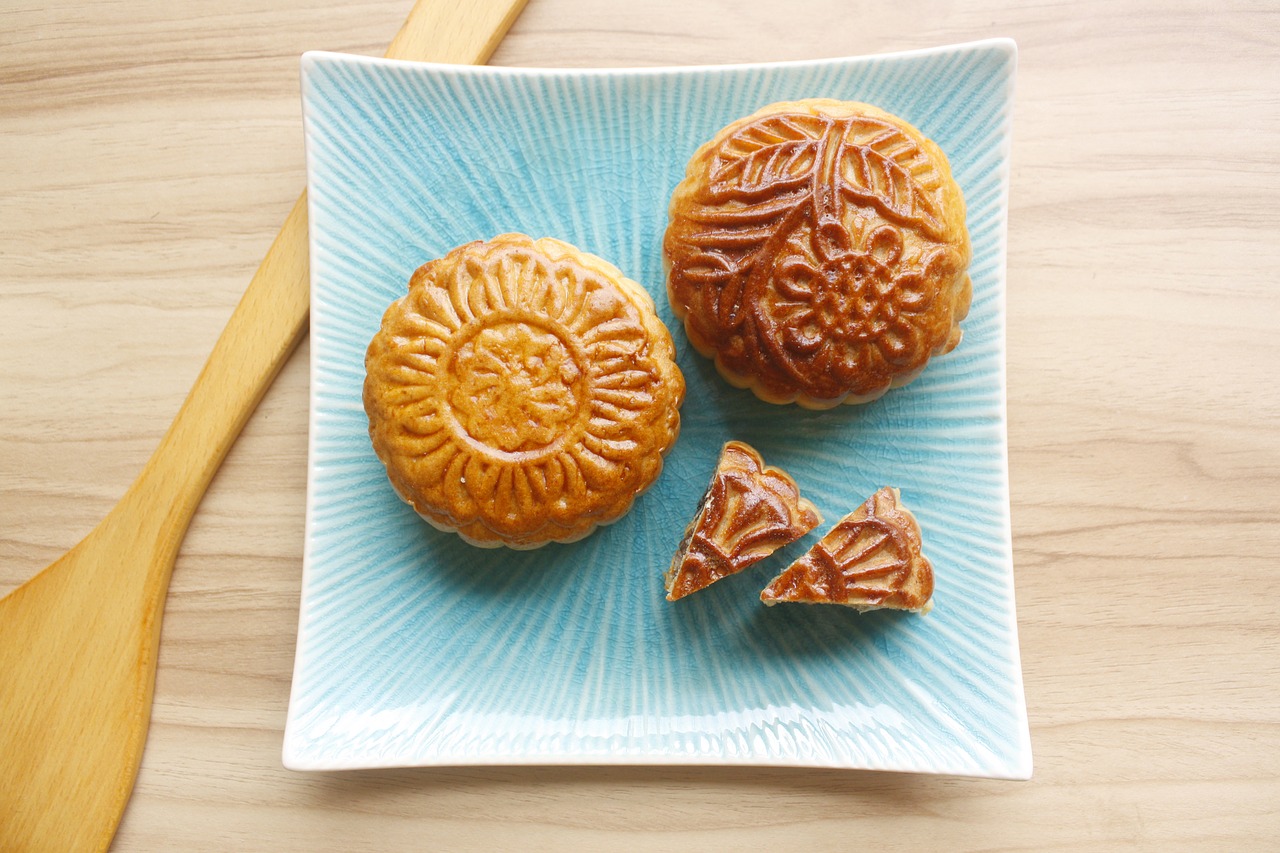 Singapore's climate is consistently warm and humid, but September is often somewhat drier than the rest of the year. This city-state in Southeast Asia is one of the world’s most prosperous countries with a diverse citizenry that gives it a unique and vibrant culture. It’s Grand Prix Season in September, an exciting time with entertainment and parties leading up to the Formula One race through downtown Singapore past City Hall, the Esplanade, grandstands, and luxe hospitality suites. The Mid-Autumn Festival with the traditional lanterns and gifts of moon cakes is another special September event. The Singapore Zoo is one of the world’s best, and the historic Botanic Gardens with lakes, restaurants, and an ancient rainforest features a must-see exotic orchid collection. Shopping, from quirky boutiques to pricey designer stores, is another favorite activity. The spectacular Marina Bay Sands boasts hotel rooms, restaurants, a theater, art exhibits, a casino, rooftop infinity pool, and an observation deck. Hawker centers, huge food courts, bring street food vendors together serving everything from snack foods to full meals, including Singapore’s specialties chili crab and Hainanese chicken with rice. Your arrival at renowned Changi Airport, with its waterfall and gardens, is the perfect beginning to your Singapore adventure. 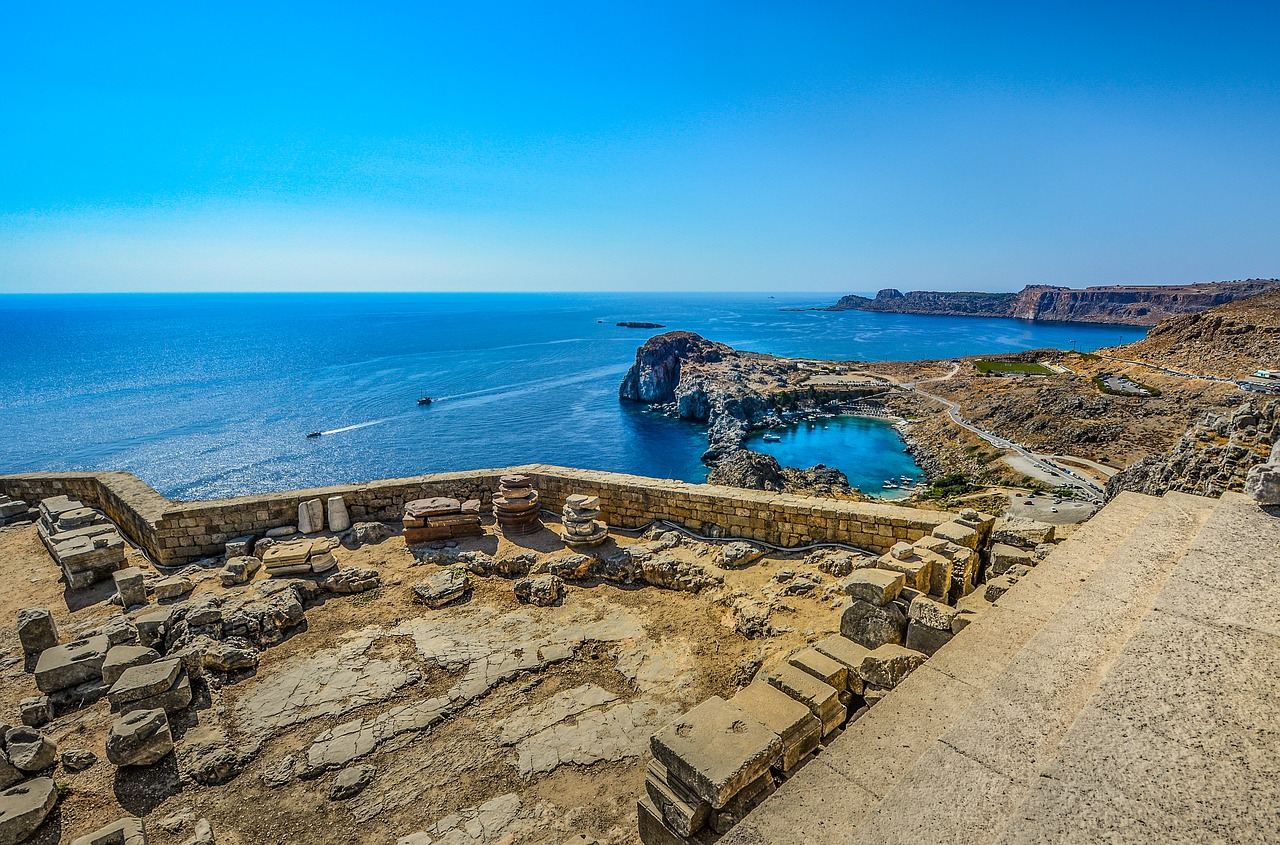 Perhaps less familiar to travelers than Santorini and Mykonos, Rhodes offers beautiful beaches, archaeological sites, medieval castles, and a World Heritage City, the old city of Rhodes. The ancient city of Kamiros and the Acropolis at Lindos are also fascinating sites for history lovers. Museums include the Museum of Modern Greek Art and the Archaeological Museum housed in a building that dates back to the 15th century. Its collection includes Hellenistic and Roman pottery, vases, and sculpture from periods as early as the 4th century B.C. Seafood, of course, is plentiful, fresh, and delicious, with lobster, octopus, squid, and more served at friendly tavernas along with mezze, appetizers served family style. Restaurants, bars, and clubs provide lots of nightlife, even when things are quieting down just a bit. Beaches are still warm and inviting, so if you just want to relax with gorgeous views and warm water, Rhodes should be at the top of your list. 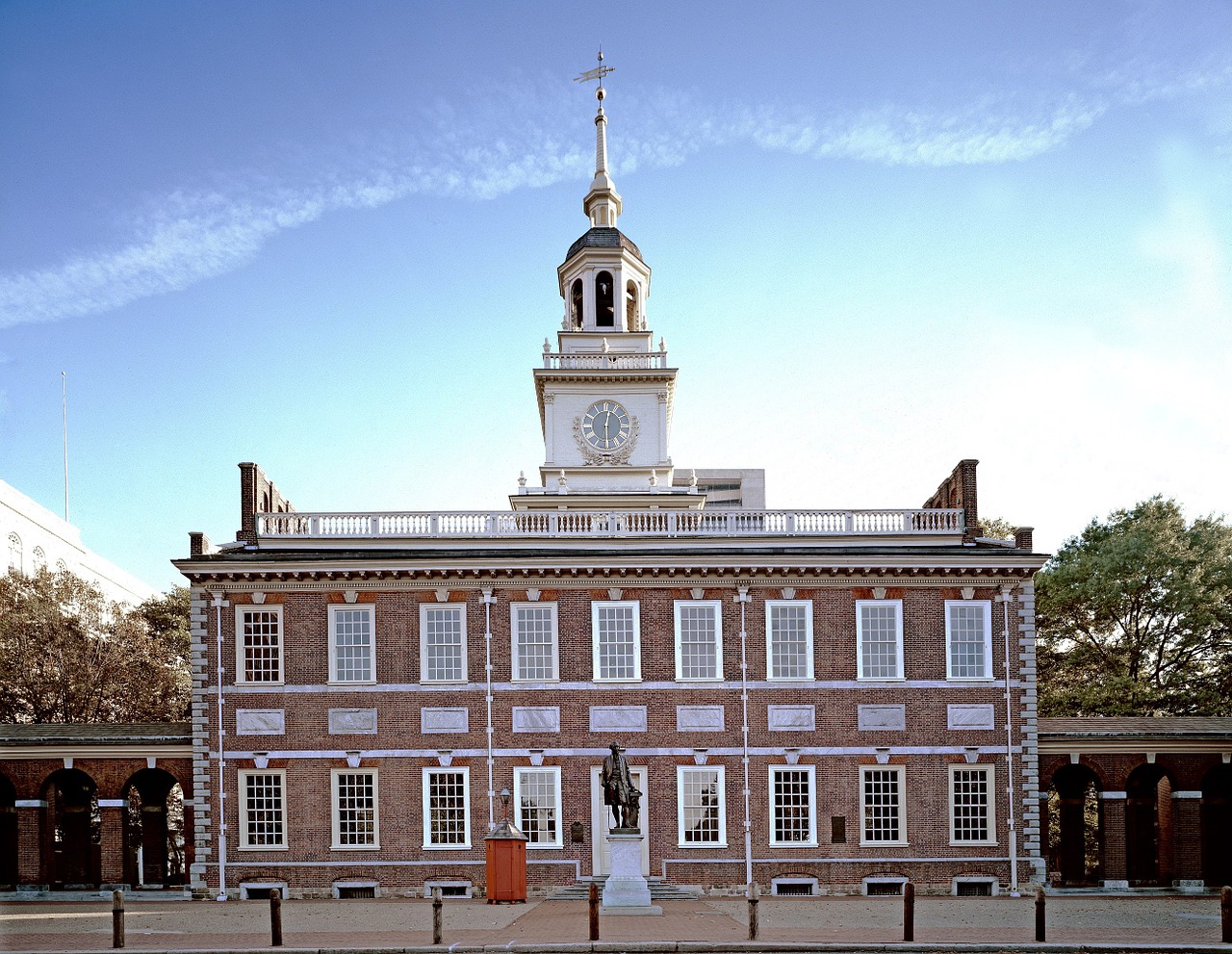 Always a memorable city for visitors, with historic sites, great food, and an exciting arts and cultural scene, Philadelphia is adding new places to see this year. Love Park — in the City of Brotherly Love — officially re-opened this spring with the restored iconic LOVE art piece, new gardens, and a high-tech water feature. The first phase of Rail Park, an elevated greenspace built on abandoned train tracks, inspired by New York City’s High Line, opened in June with plans to extend through 10 Philadelphia neighborhoods. The Bourse, a historic building near Independence Hall, has been renovated as a modern food hall in its original Victorian setting. Visitors will enjoy the Cherry Street Pier on the Delaware River, the place to go for restaurants, shops, events, and al fresco dining in the mild September weather. Beer gardens, rooftop bars, and of course, Philly cheesesteaks are more reasons to visit Philadelphia in September. A new interactive exhibit at the Museum of the American Revolution lets visitors see what life was like in Philadelphia in the 18th century. It includes a parlor, church, military encampment, and even a tavern.