Home » News » Around the World » Most romantic destinations in Europe

Most romantic destinations in Europe

Your head is full of romantic songs and you are looking for a romantic getaway?

Want to celebrate Valentine's Day, your honeymoon, a wedding anniversary, please your sweetheart? Book your hotel, apartment, B&B, guesthouse at the best price guaranteed as well as your best activities in one of the best romantic destinations in Europe. 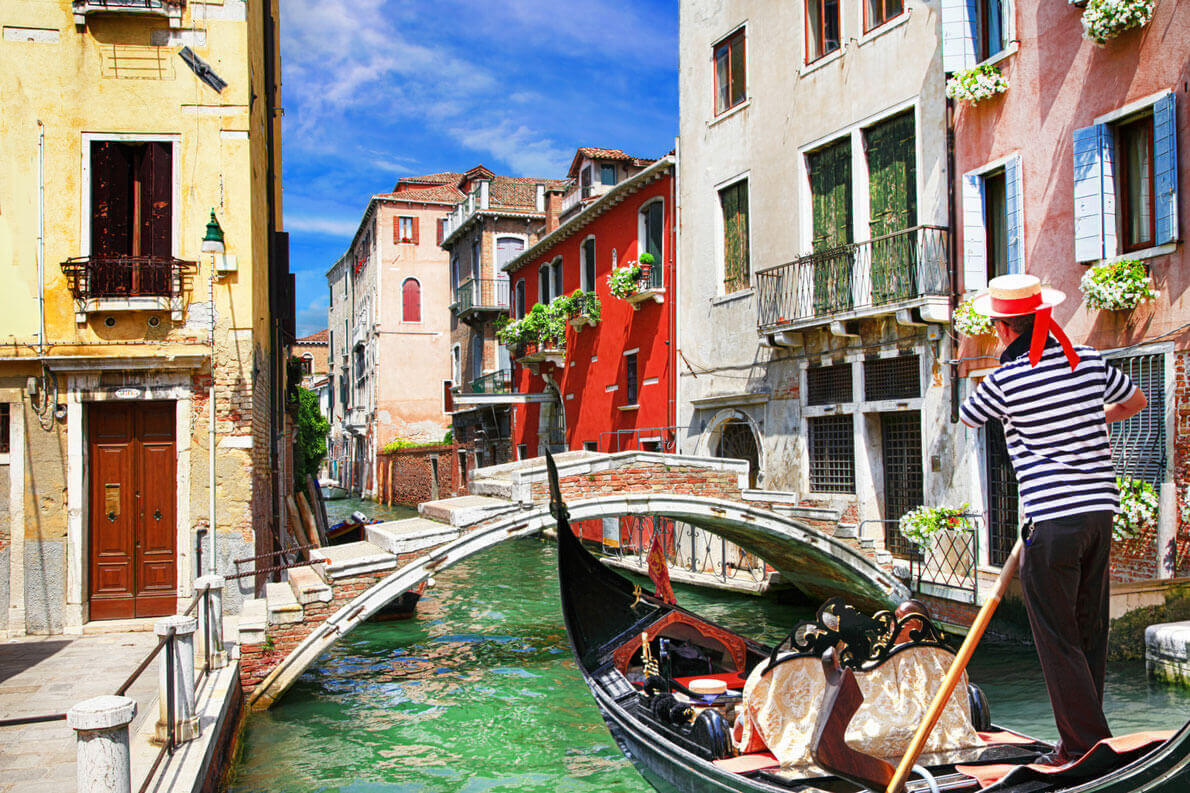 From Venice Carnival to the Palio of Marciliana in Chioggia, from the Riviera in Bloom taking place every year along the banks of the Brenta River, to the Festival of the Madonna dell'Angelo celebrated in Caorle, from the International Sand Sculpture Festival in Jesolo to the Palio of Cavallino, the Province of Venice will surprise you and entertain you! 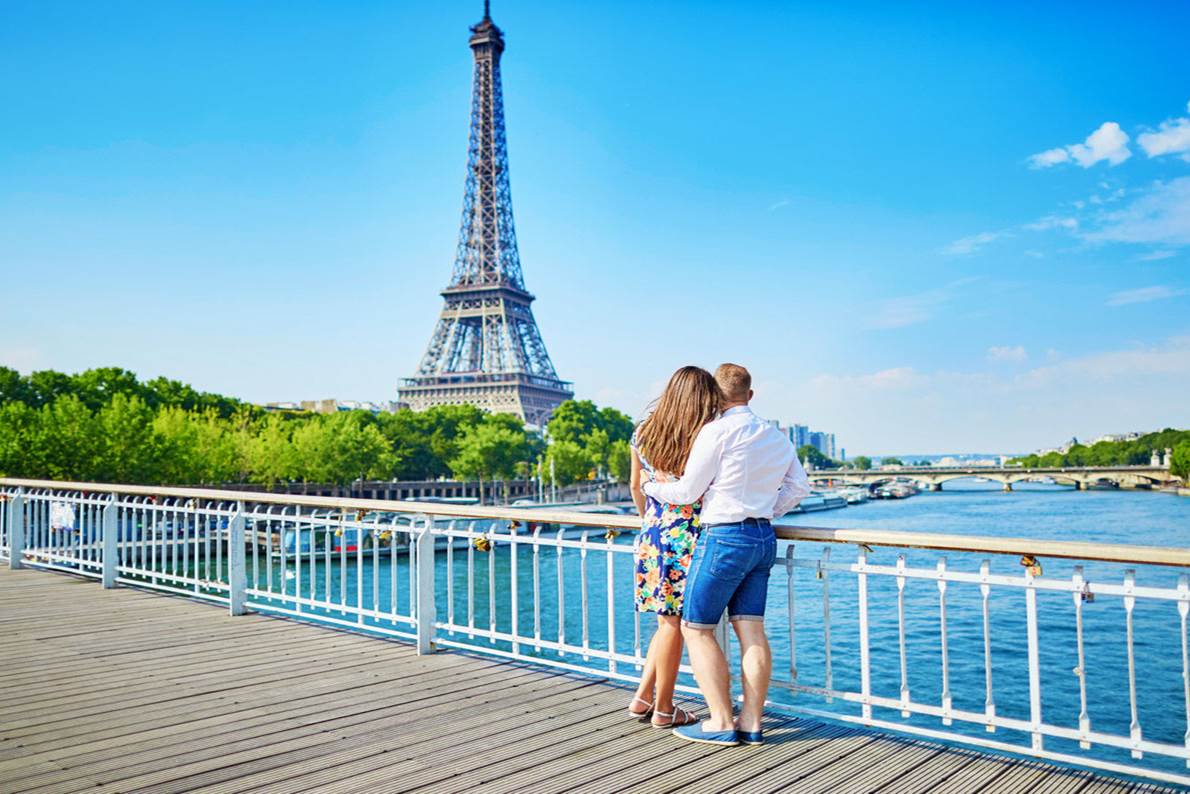 Aix-les-Bains, ranked 4th amongst the spa towns of France with 28,000 visitors who come to take the treatments, nestles beside Le Bourget Lake, the largest natural lake in France, at the foot of Mount Revard (height 1550m). It is the gateway to the Bauges Massif Regional Natural Park, and offers an exceptional natural environment, breathtaking panoramic viewpoints, and varied activities to enjoy, whatever the season.

The Le Bourget Lake is the largest natural lake in France, and 2/3 of its shores have remained undeveloped. It is listed as a site of community importance, and a wetland area of international importance, and includes vast unspoilt, natural areas where the flora and fauna can flourish, as for example in the reed beds, inaccessible to man. 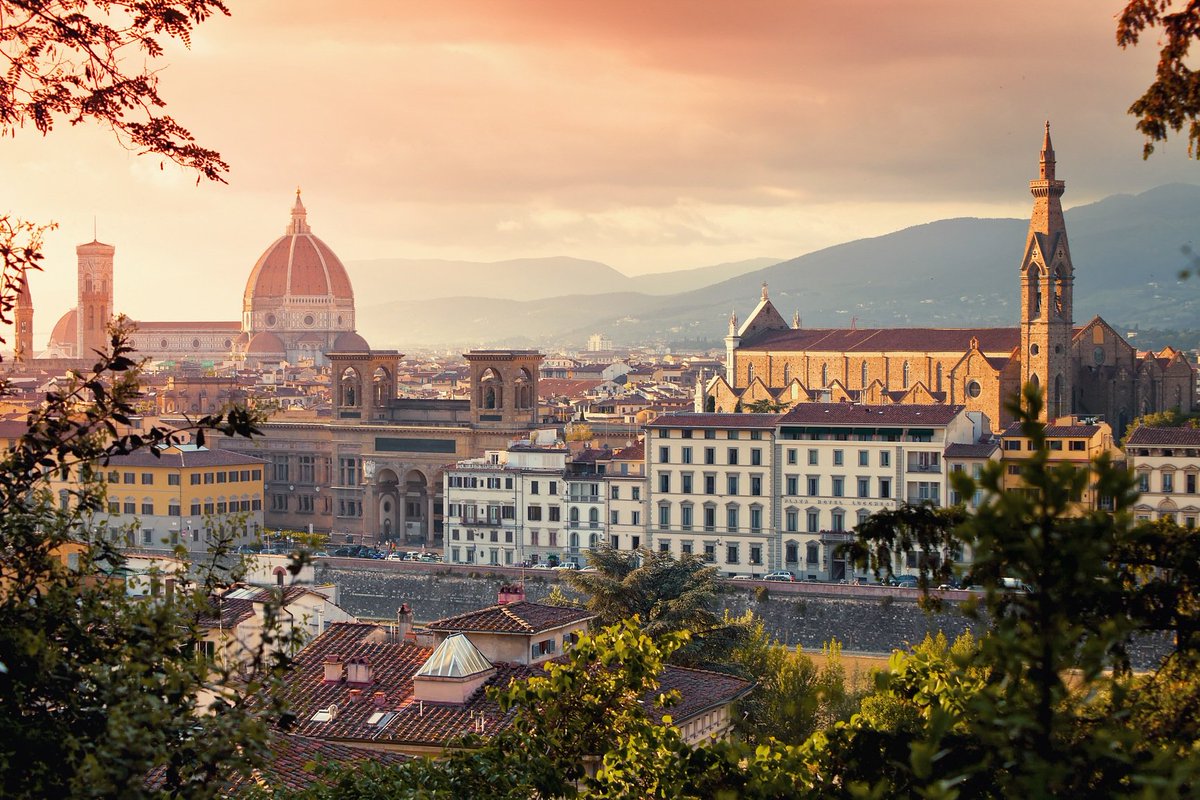 The historic centre of Florence contains such a wealth of masterpieces that it is difficult to separate the city from its art works. In 1982 it was declared a World Heritage Site by UNESCO, the motivation being that it encapsulates the whole history of the city, from the ‘Roman quadrilateral’ in the Piazza della Repubblica area to the narrow streets of the medieval city, the splendours of the 16th-century Pitti Palace and the changes wrought at the time when Florence was capital of Italy. 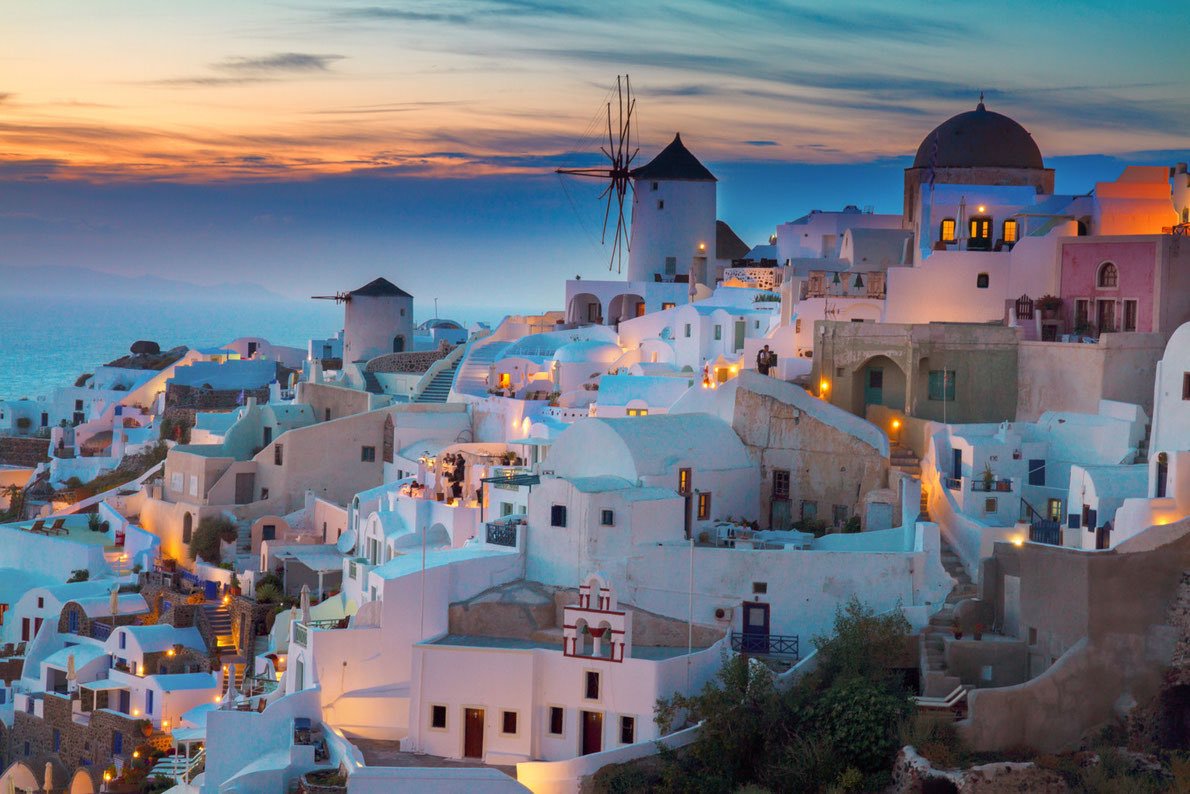 Santorini is considered to be the most sought after place for a romantic getaway in Greece, since there are not many places in the world where you can enjoy exquisitely clear waters while perched on the rim of a massive active volcano in the middle of the sea!

The island has a growing reputation as a “wedding destination” for couples not only from Greece but from all over the world. A trip to Santorini with the other half is a dream for anyone who has seen at least one photo of the island’s famous Caldera and exchanging kisses beneath Santorini’s famous sunset is the ultimate romantic experience! With the Buda Castle in the background, the Hungarian capital’s first bridge, now a monument, is a fascinating spectacle that has attracted many tourists to Budapest. Visitors also have the opportunity to walk onto the top of the tunnel located on the Buda side, offering a marvellous view of the Danube, its bridges as well as the nicest parts of Pest. 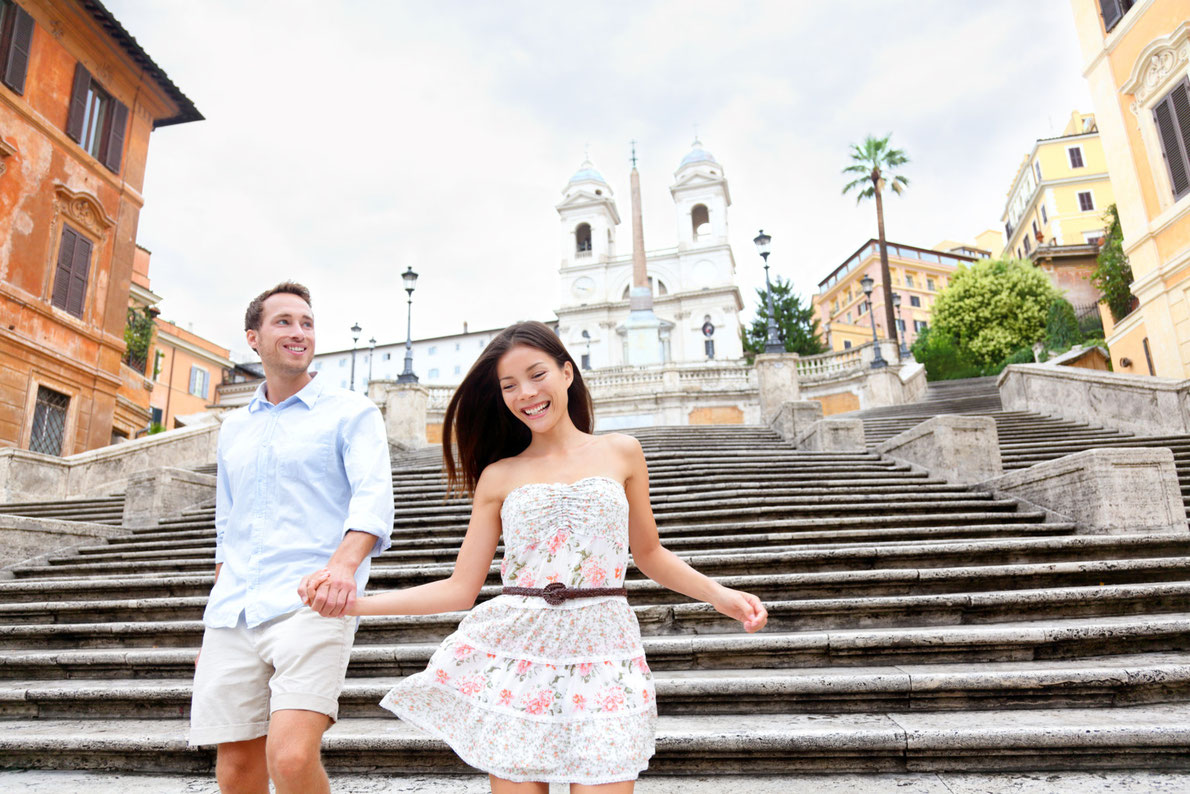 In the vicinity of Villa Borghese, we have the splendid terrace, Terrazza del Pincio, with one of the most amazing views in the world. This stunning panorama takes in most of Rome’s old historical city centre, and the sunsets viewed from here will leave a lasting memory. With romance in the air, why not hire a rowing boat on the villa’s boating lake? Relax amid the greenery of this fine park! 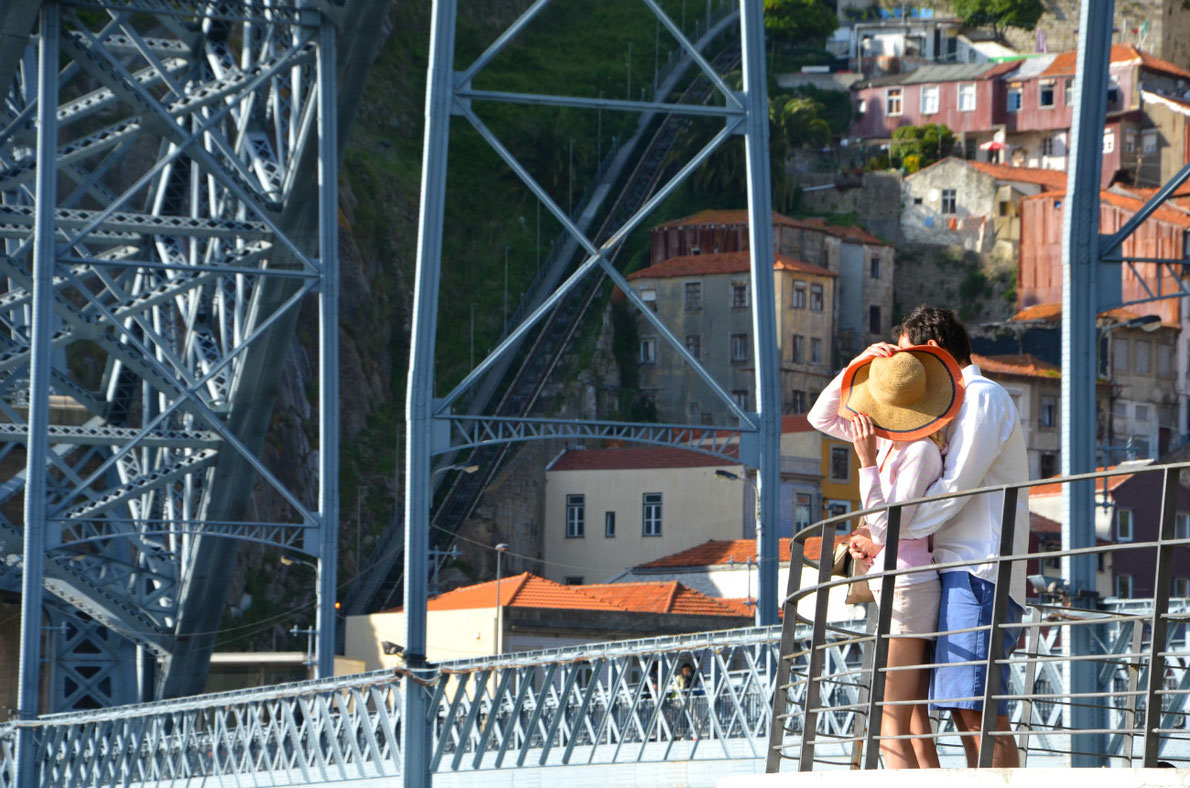 Porto is one of Europe's oldest tourist destinations. Its wealth of monumental and artistic heritage, Port Wine, open-air leisure spaces and cultural life are just some of the reasons to visit this city.

At any time of the day, 365 days of the year, Porto has a special charm for anyone visiting the city for the first time, as it does for those coming back for a second visit, to discover a city that is simultaneously modern and authentic. 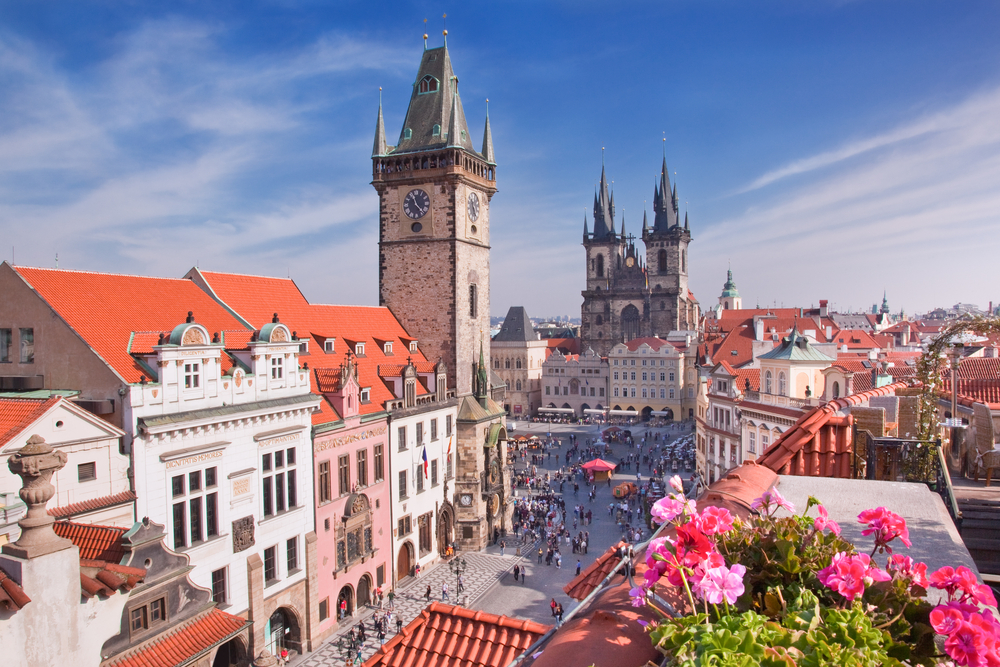 Prague has been considered as one of the most beautiful cities in the world since Middle Ages. Adjectives such as “golden“, “city of a hundred spires“, “the crown of the world“ were attributed to Prague, which is located right in the heart of Europe. And how to get the city into your heart? Try with us to wander not only in the Historic Centre of Prague that has been on the UNESCO World Heritage List since 1992 and with its 866 hectares is the largest historic city centre on this list in the world, but also in the vibrant cultural metropolis.