Home » News » Around the World » Exploring The Chocolate Hills of Bohol, Philippines

Often dubbed as an ‘Eighth Wonder of the World,’ Bohol’s Chocolate Hills is a famed tourist attraction which continues to draw attention for its unique and scenic characteristics.

24/05/2018 14:22
Chia sẻ
But, there’s more to just appreciating the wondrous views of this picturesque landscape. It’s also important to understand why this long stretch of grassy hills is globally known.

What makes the Chocolate Hills famous? 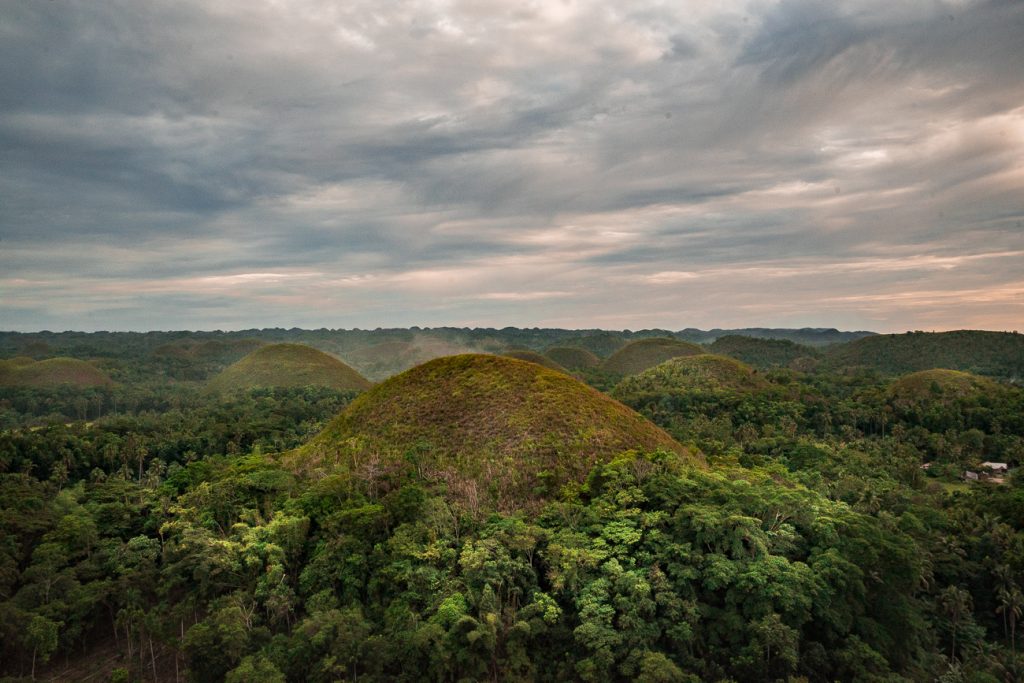 Curious why it’s called the Chocolate Hills when it’s not really made of chocolates? It’s because these hills, which are usually covered in green grass, dry up and turn chocolatey brown in color during the dry season. There are more than a thousand hills spread over an area of 50 square kilometers in the towns of Carmen, Batuan, and Sagbayan in Bohol. And, while the hills do vary in size, looking at these from afar, it seems like they’re almost symmetrical in shape. This results in a majestic landscape that might make you think it’s a man-made creation. 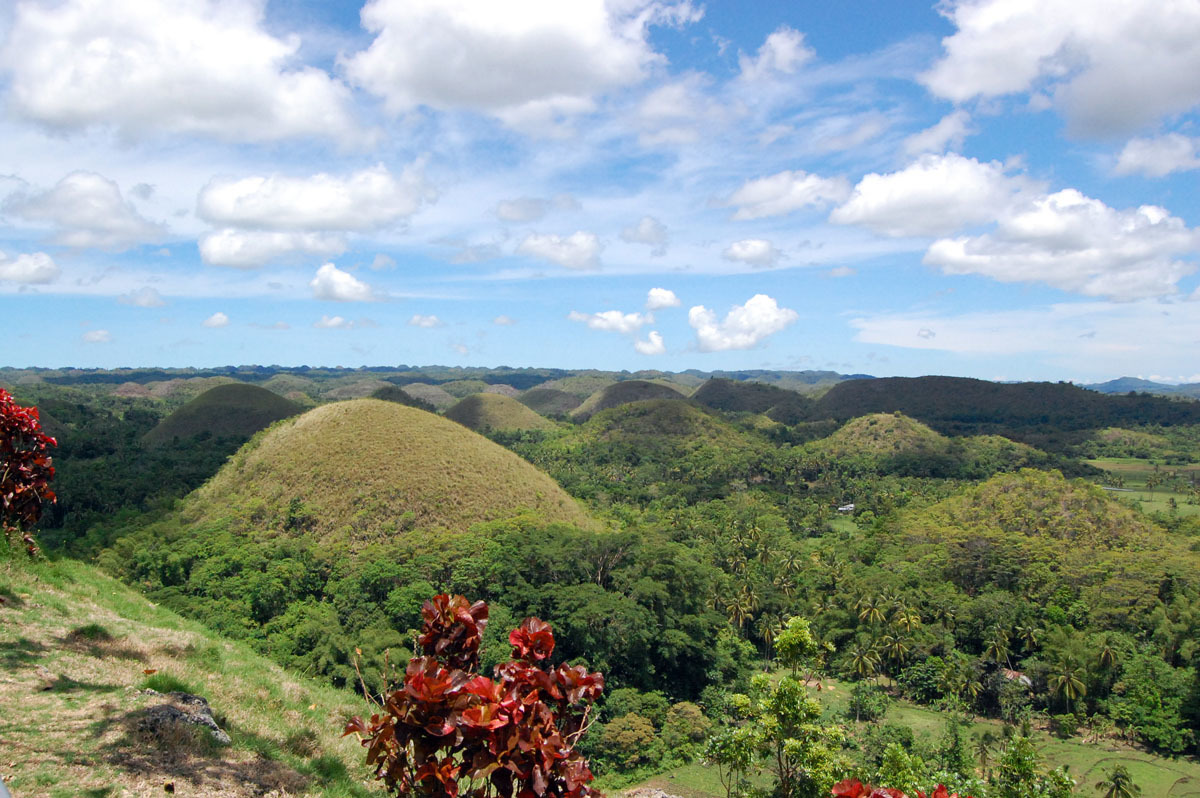 It’s common for Filipinos to talk about myths and legends surrounding a particular place, especially if its origin is unknown or there’s no single explanation behind it. While some argue that these legends were only told to satisfy the curiosity of Filipino children, others claim that it’s somewhat a half-truth story.

The story behind the origins of the pride of the Visayan Region is no exception. According to legends, the hills came into existence because of two feuding giants who hurled rocks, boulders, and sand at each other.

After their fight was over, this eventually led to a huge mess of hills – which is the Chocolate Hills we know today. Another legend claims what really transpired was a heartbroken giant cried a lot of tears which led to the formation of these limestone hills. The third legend though is hard to imagine for some – they say these hills were dried feces of carabaos.

How the hills came to be 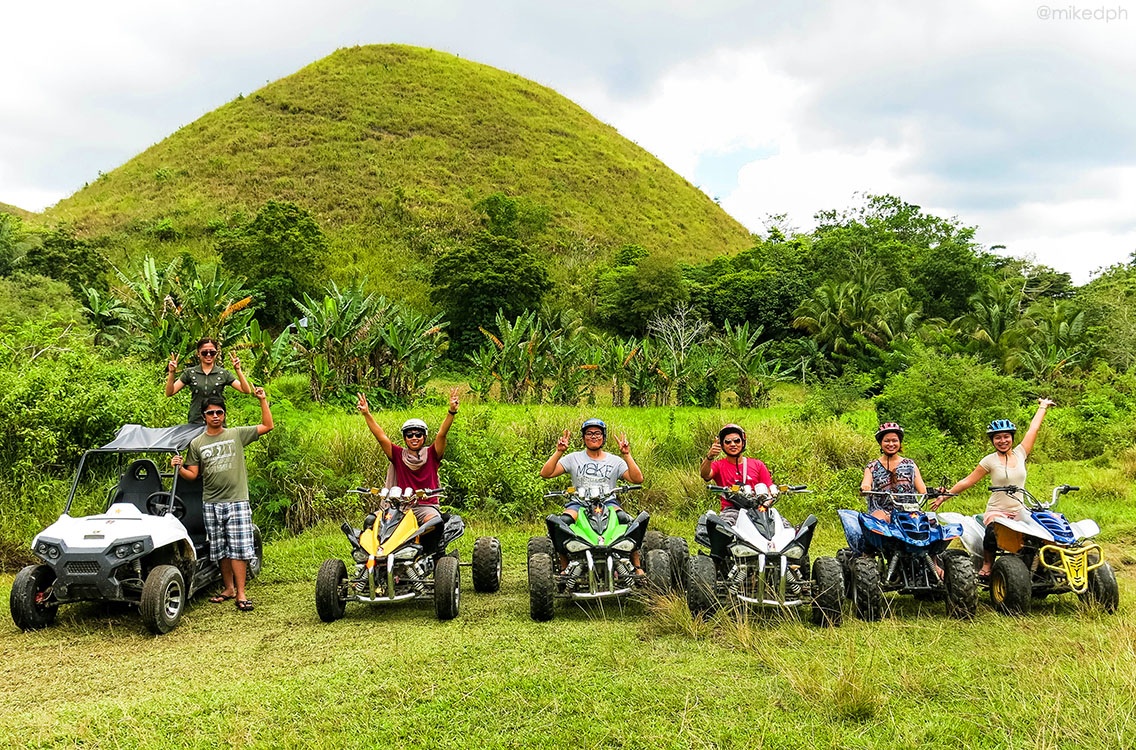 Setting aside the three legends mentioned above, the widely accepted geological theory behind this strange formation is that the hills were the result of the weathering of marine limestone. The dissolution of limestone thousands of years ago were affected by several factors, such as rainfall and subaerial erosion. According to a plaque displayed at a viewing deck in the town of Carmen, these geological formations were the result of erosion of limestones which were uplifted above sea level and fractured due to tectonic processes. Another explanation claims that the hills were previously coral reefs that erupted after a geologic shift beneath the waters.

The best time and place to see the Chocolate Hills 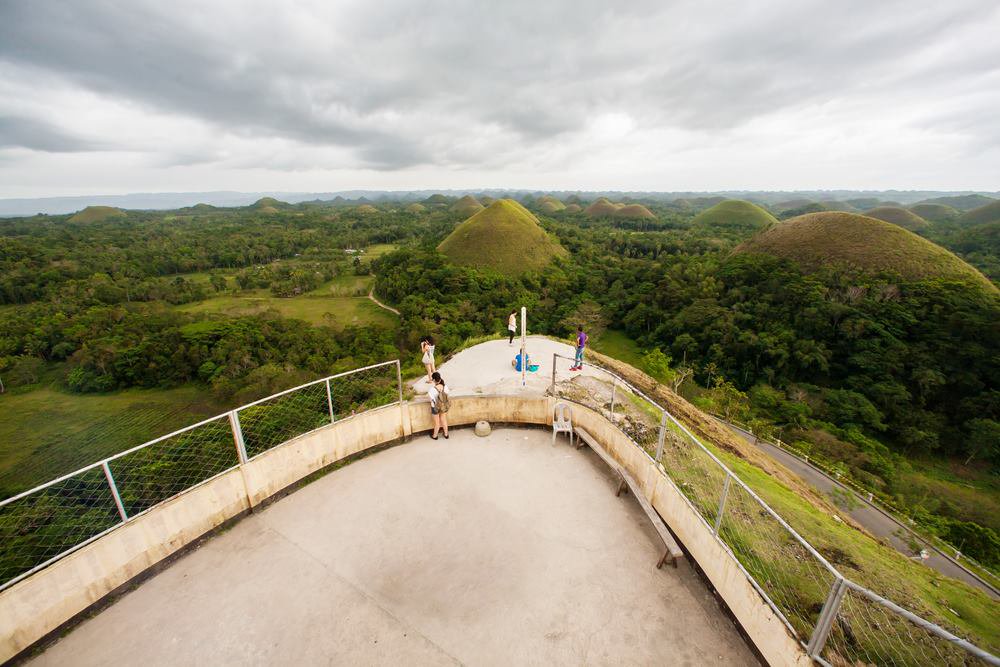 Of course, you will want to see the hills when they’re chocolate brown in color – which is the dry season in the Philippines. This season begins in late November and lasts until May. However, it’s still best to check for weather updates when traveling in the Philippines because weather often gets unpredictable.

As for the place where you could get the best view of the hills, there are two areas which should be considered: the viewing deck of the Chocolate Hills Complex in Carmen, and at the Sagbayan Peak.