Are you tired of seeing the same faces on New Year's Eve? Do you want to see new landscapes, new environments, to meet new people? 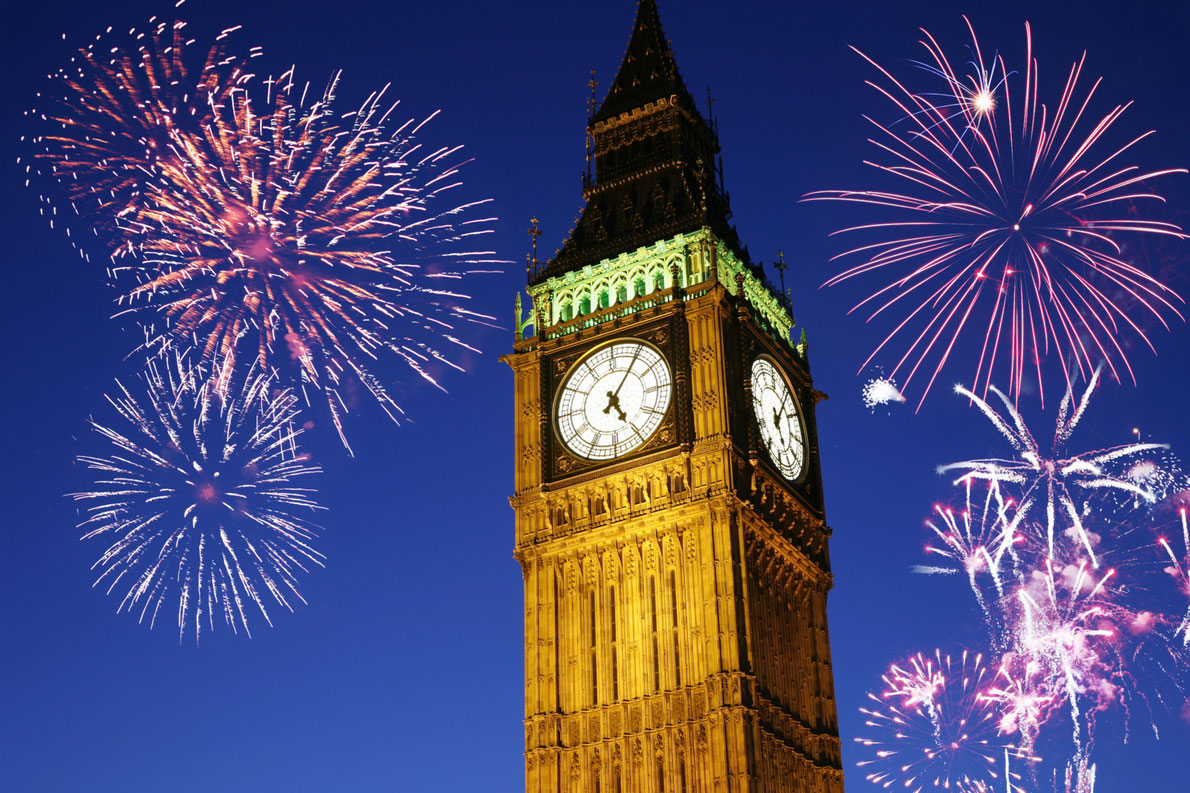 London is a special place at the turn of the year. The city is lit up and establishments across the capital will pull out all the stops to make this New Year’s Eve in London a memorable one. So, get your nearest and dearest together and say cheers to 2018. At midnight on New Year’s Eve, London’s night skies will be a blaze of light and colour with a display of stunning pyrotechnics from the river on London’s famous South Bank, presented by the Mayor of London and Unicef.

London continues to usher in the New Year on 1 January with the New Year’s Day Parade. This year marks the 30th annual parade to march through London and there will be 8,500 performers representing 20 countries world-wide and from across the London Boroughs, including marching bands, cheerleaders, clowns, acrobats and much more. 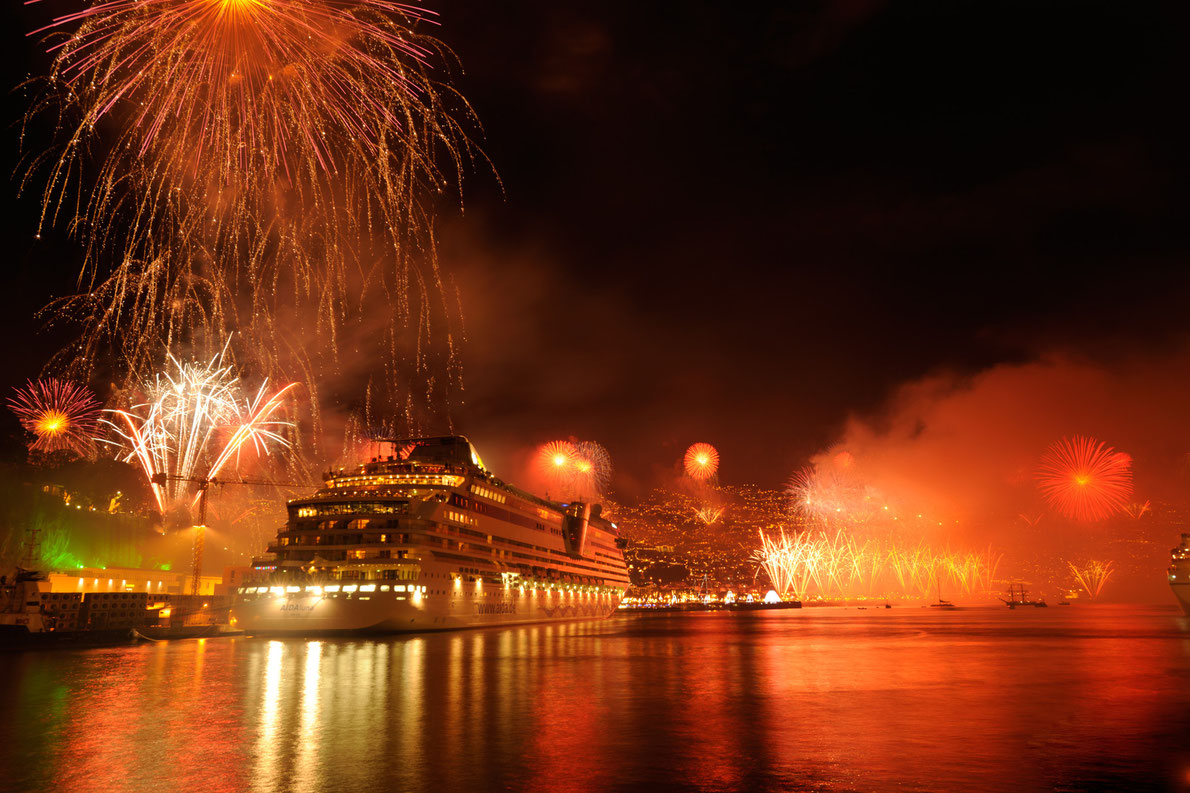 Where? : From the deck of your cruise ship or from the port of Funchal, the fireworks is so huge that you can not miss it.

Why? : The famous fireworks display, officially recognized by the Guinness World Records, in 2006, as the largest display of fireworks in the world.
This magnificent scenario, of rare beauty, is simply unique, with thousands of multi-coloured lamps decorating the amphitheater of Funchal, transforming it into a grandiose stage. As the clock strikes twelve, on the 31st, the sky is lit up with colour, light and hope in a new year that is just beginning.

Don’t miss it and come to live up this event in Madeira ! Where? At the Brandenburger Gate

Why? Berlin is celebrating New Year’s Eve in style – with around one million visitors gathering at the Brandenburg Gate to welcome in 2016! All the traditional treats are lined up – more than two kilometres of fun stages for shows, party tents, light and laser shows as well as a mass of food and drink stands. The spectacular firework display starts at midnight on the dot – like the clinking of glasses as Berliners and visitors toast the New Year in. The following parties will last well into the small hours! 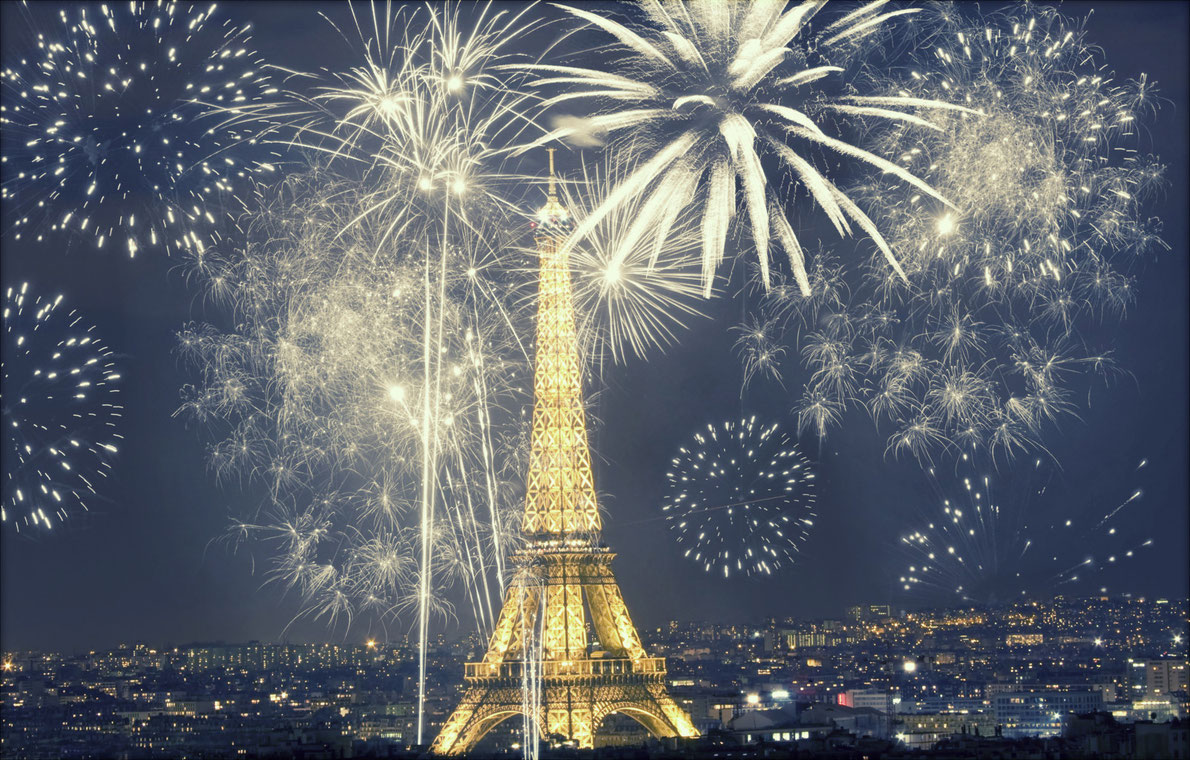 Where ? On a boat

Why? The Eiffel Tower, the Seine, the bridges of Paris… a magical setting for a New Year celebration. And for a night you’ll never forget, there is a special festive menu (scallop céviche, duckling breast, Christmas Log) and entertainment from a live orchestra. Please note that guests must be dressed appropriately to board the boat. 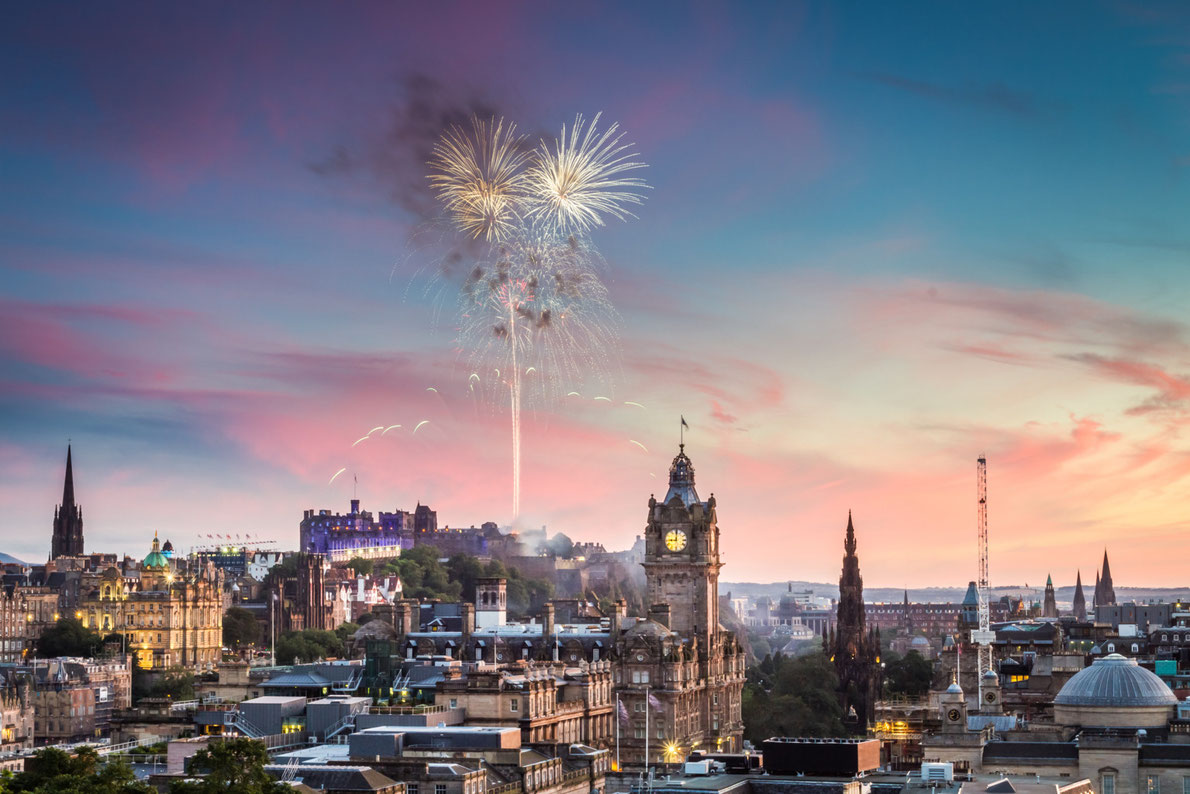 Where? Princes Street in the heart of the city of Edinburgh

Why? Edinburgh's Hogmanay is one of the biggest and best New Year celebrations in the world. Things get underway on 30 December with the spectacular Torchlight Procession. Join thousands of torch carriers as they create a river of fire from the historic Royal Mile to the son et lumiére and fireworks finale on Calton Hill.

On Hogmanay itself, the action moves to Princes Street in the very heart of the city of Edinburgh beneath the spectacular backdrop of Edinburgh Castle. Around 80,000 people party their way into the new year at the Concert in the Gardens featuring incredible live music and entertainment from headlining band Biffy Clyro, DJ’s, giant screens, outdoor bars and of course, the world-famous Edinburgh Hogmanay Midnight Fireworks on the castle ramparts. 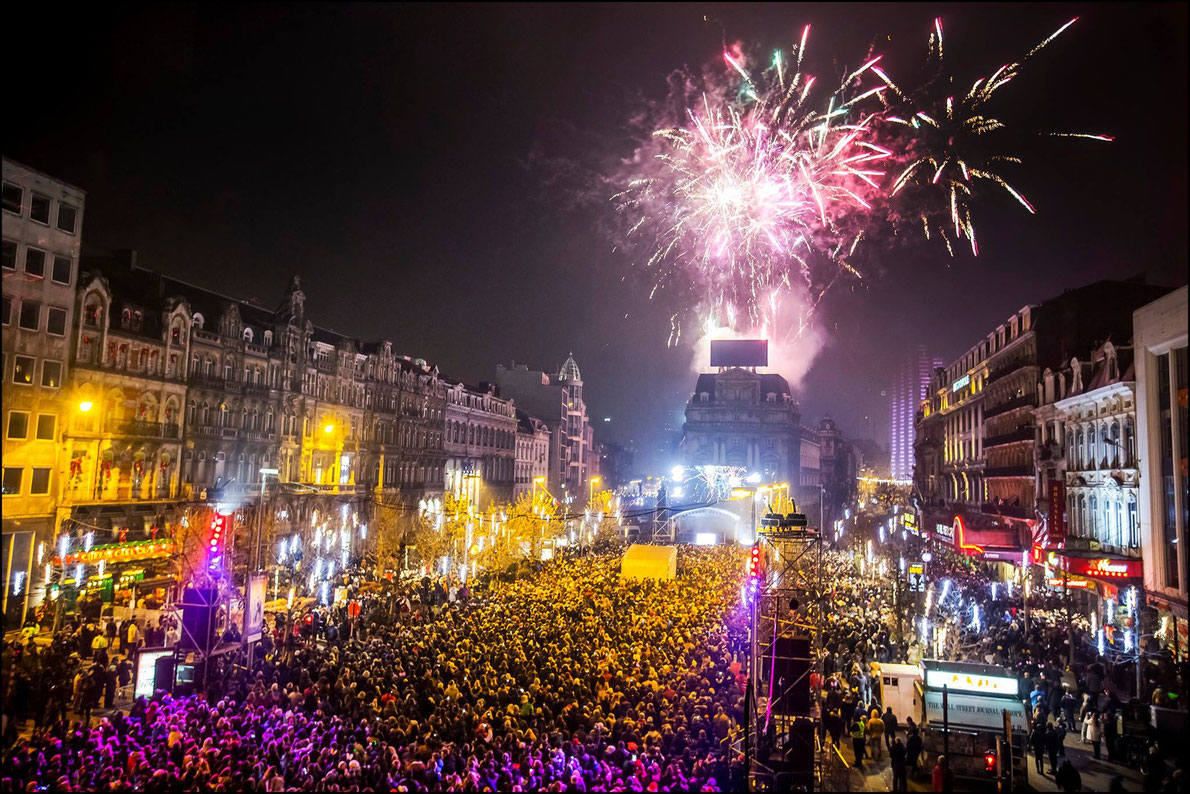 Where? All around the city!

Why? Experience delirious tourist and cultural activities such as the Atomium and the Manneken Pis. Discover the charming city streets of the Fashion District shopping, packed with clothing and concept stores and a variety of authentic and trendy bars, each with their own selection of renowned Belgian beers. More than 60 DJs in 15 New Year’s Eve parties around the city. A range of parties for all tastes, going from rock 'n' roll, hip-hop to house and techno, as well as gay friendly parties for which Brussels is known for." 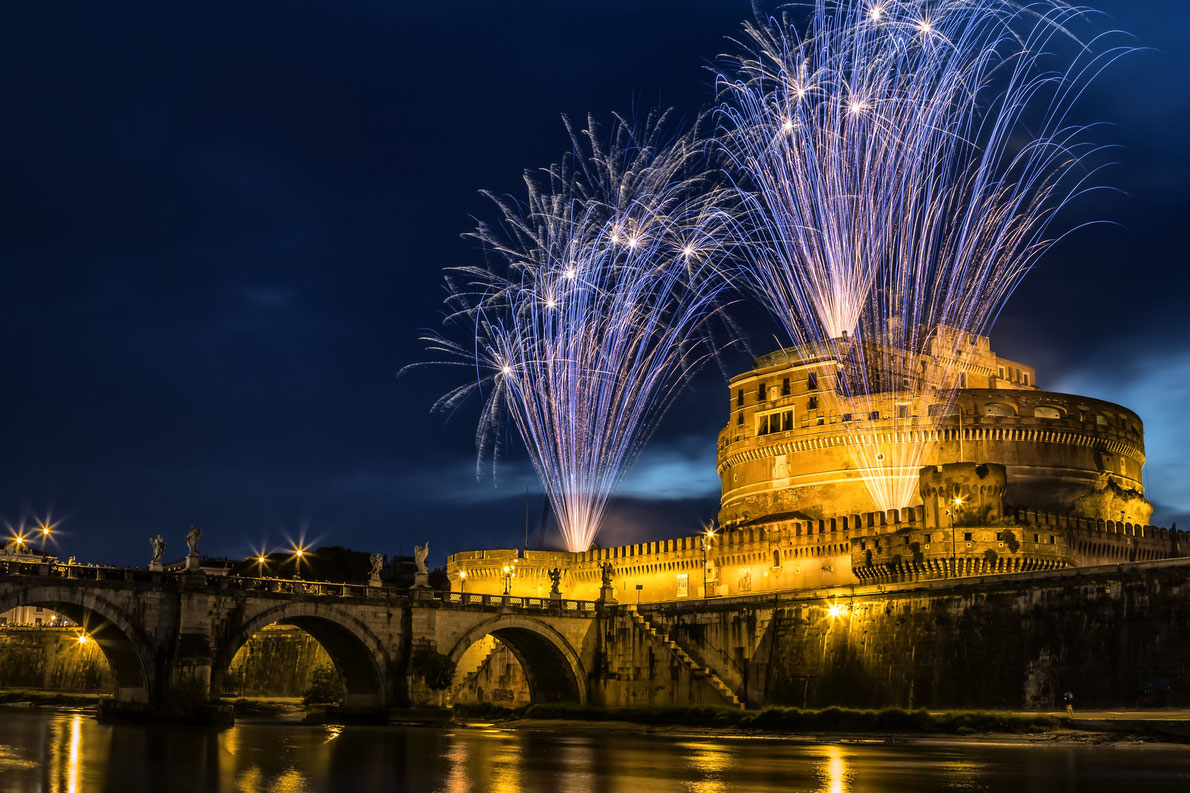 Why? The province of Rome is a matching frame for the many treasures of the capital, and the surrounding area has, more or less directly, experienced the influence of the history of the Eternal City. Rome is probably one of the most romantic places for your New Year's Eve, the Eternal City of love. 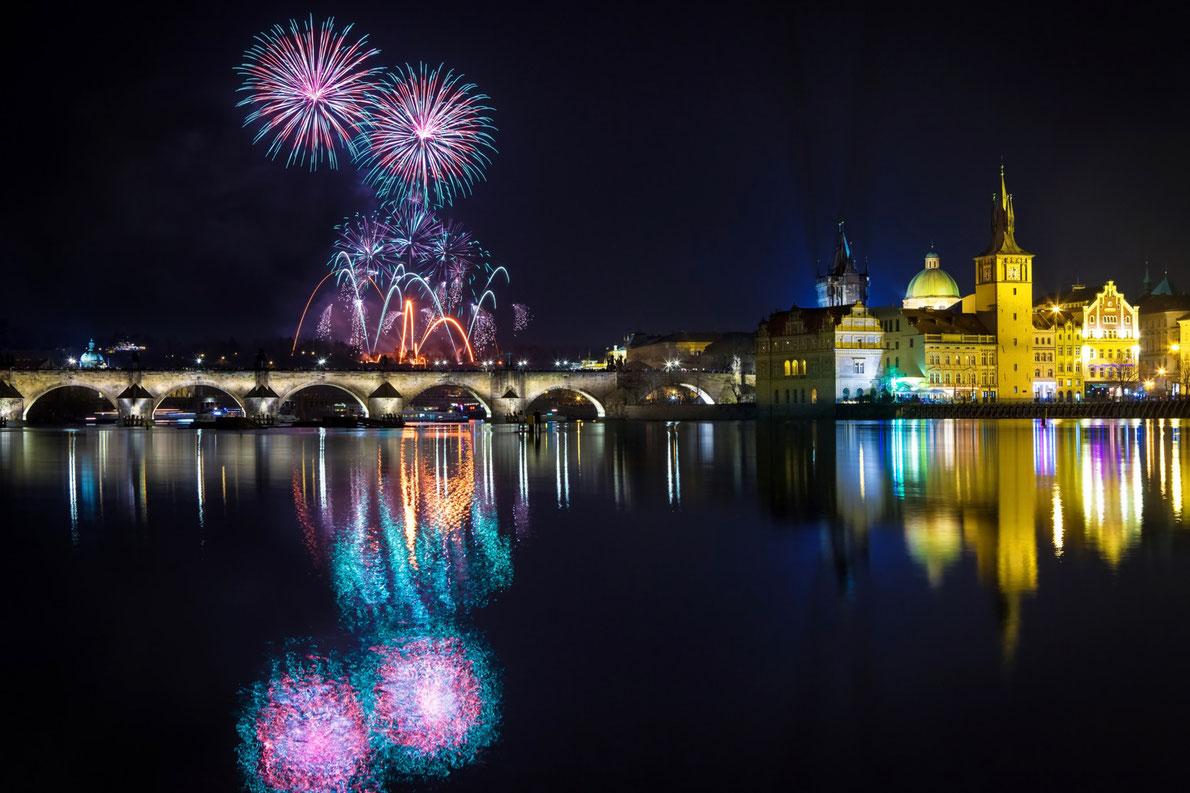 Why? Prague has been considered as one of the most beautiful cities in the world since Middle Ages. Adjectives such as “golden“, “city of a hundred spires“, “the crown of the world“ were attributed to Prague, which is located right in the heart of Europe.

Prague welcomes the year with a traditional fireworks display.
The fireworks will be launched from Letná Parks and can be best watched from the bridges and embankments.