13/12/2017 15:00
Chia sẻ
From cosmopolitan Oslo to its endless snow-capped mountain peaks and deep fjords, there's no end of choices for travelers in the land of the midnight sun and stunning northern lights. Getting around the country is easy, and the country's top-notch transit systems offer some of the best sightseeing opportunities, too, whether by rail or the fantastic coastal steamers.

One of the world's most prosperous nations, Norway seems to have a fascinating museum for just about every important aspect of its rich cultural and social history, covering everything from the Vikings to seafaring and fishing, as well as art and entertainment. Norway is also rich in spectacular scenery, from its stunning fjords to its spectacular mountains and glaciers, many of which are easily accessible to tourists. 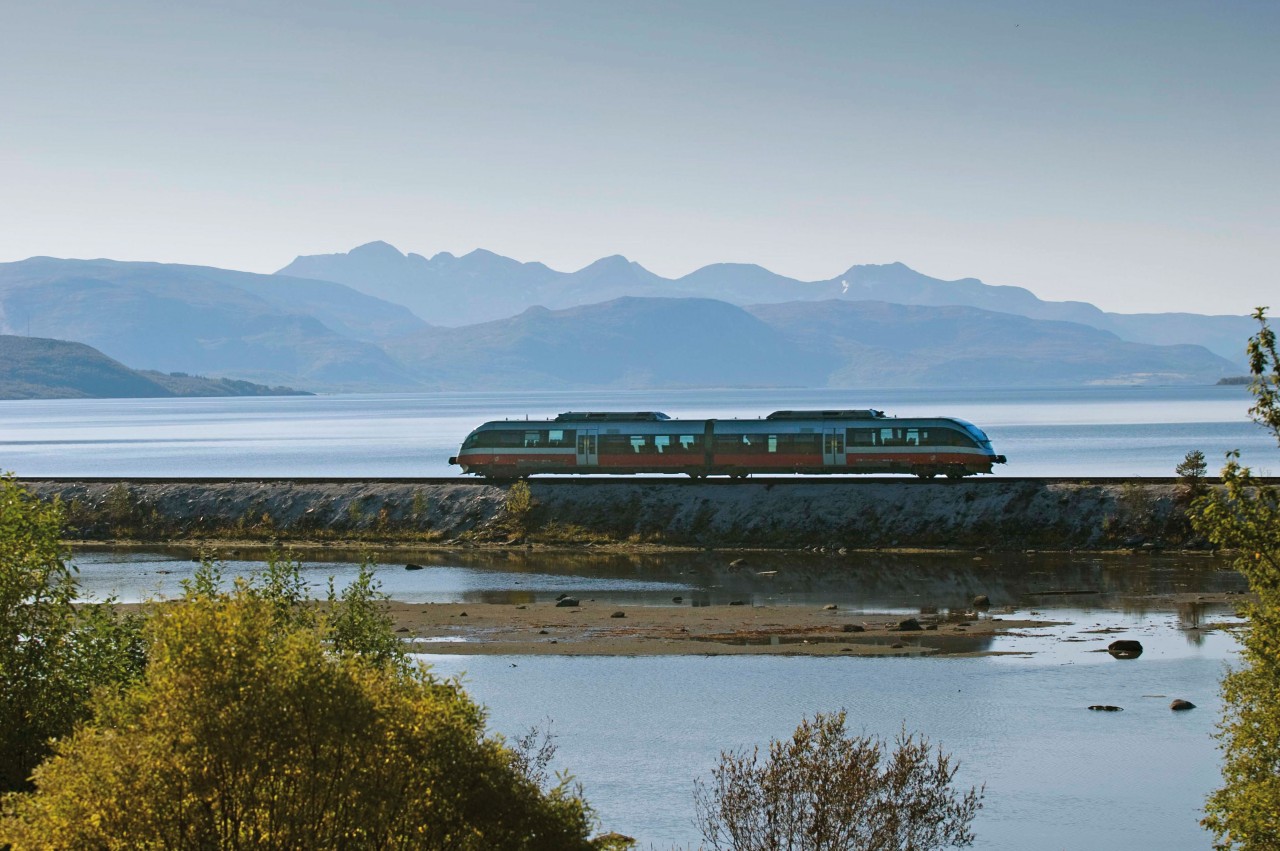 There's no better way to see Norway's stunning countryside than by train. Perhaps surprisingly for such a mountainous country, Norway's rail lines stretch more than 2,000 miles, encountering along the way some 775 tunnels and over 3,000 bridges. The best scenic routes begin in Oslo, including the Bergen Railway, which runs over the Hardangervidda mountain plateau. Other routes of note are the Dovre Railway from Oslo to Trondheim with its sideline the Rauma Railway between Dombås and Åndalsnes, and the famous Flåm Railway, the world's steepest. Norway's rail network also offers a number of other interesting diversions, such as classic steam trains, gourmet train excursions, and pedal-powered rail tricycles ('draisines') for use on abandoned rail lines. 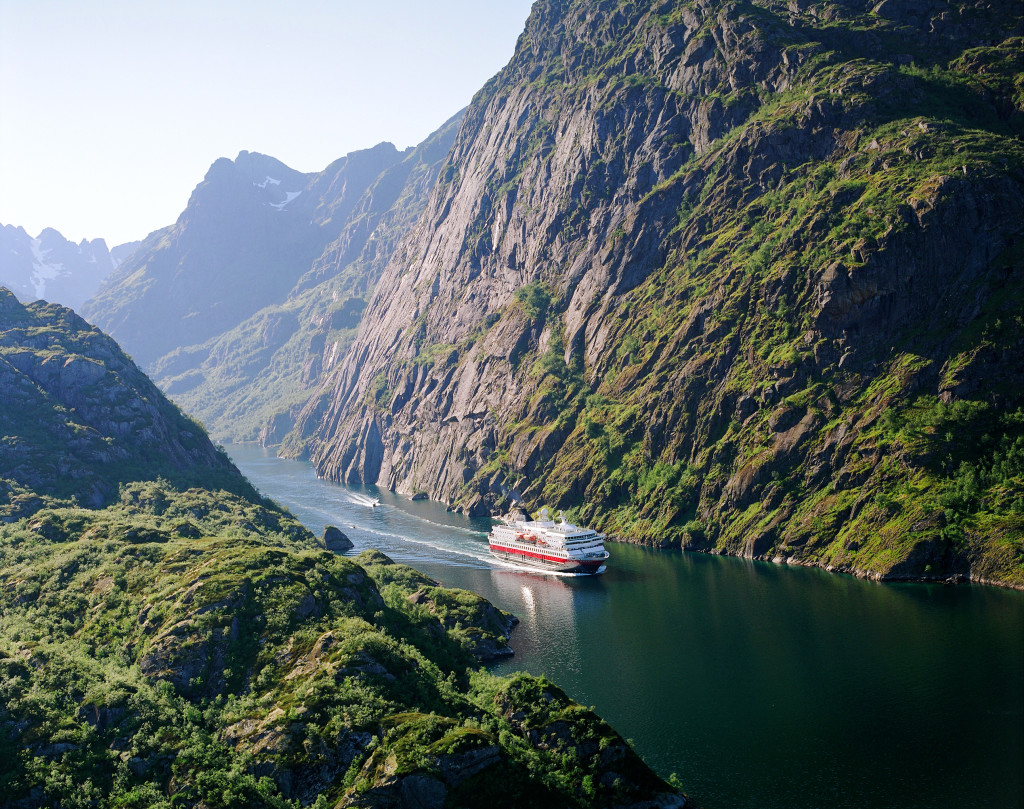 A way of life since its establishment in 1893, the incredible Hurtigruten ferry system continues to be a vital connection between the country's far-flung corners. Although nostalgically referred to as coastal steamers, the modern ships of the Hurtigruten carry freight and passengers on regular services that have become increasingly popular amongst tourists. One of the fleet's 11 ships departs Bergen daily, sailing to Kirkenes and back in just 12 days at an average speed of 15 knots, stopping at numerous interesting ports along the way from which you can branch out and explore this great country. 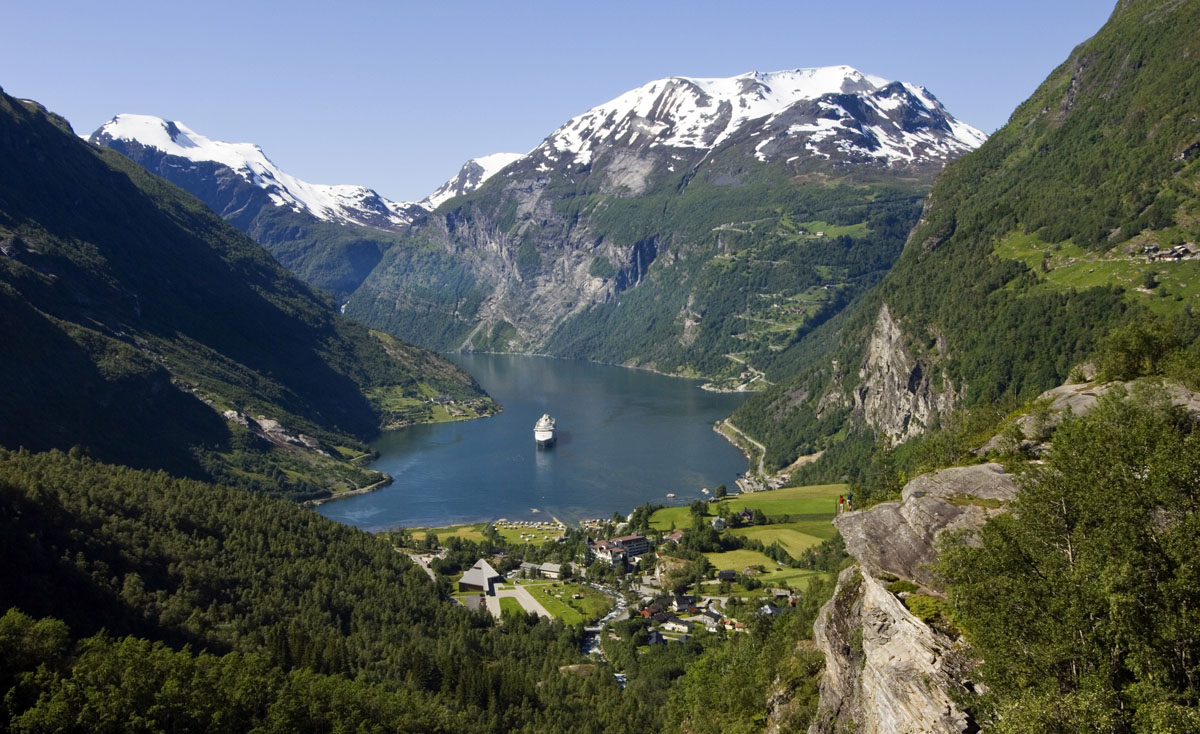 Part of the spectacular Fjord Norway network - and regularly topping the UNESCO World Heritage Sites list - the Geirangerfjord region north of Ålesund offers some of the finest scenery anywhere in Norway. The eastward continuation of the Sunnylvsfjord, the Geirangerfjord boasts some of the country's most spectacular views. One of the best is from the summit of Dalsnibba: at 4,905ft, the views of the surrounding mountains and the Geirangerfjord far below are simply breathtaking. Numerous cruises and tours are available, but if you're driving, be sure to take the winding Eagles' Road with its 11 hairpin bends and great views. 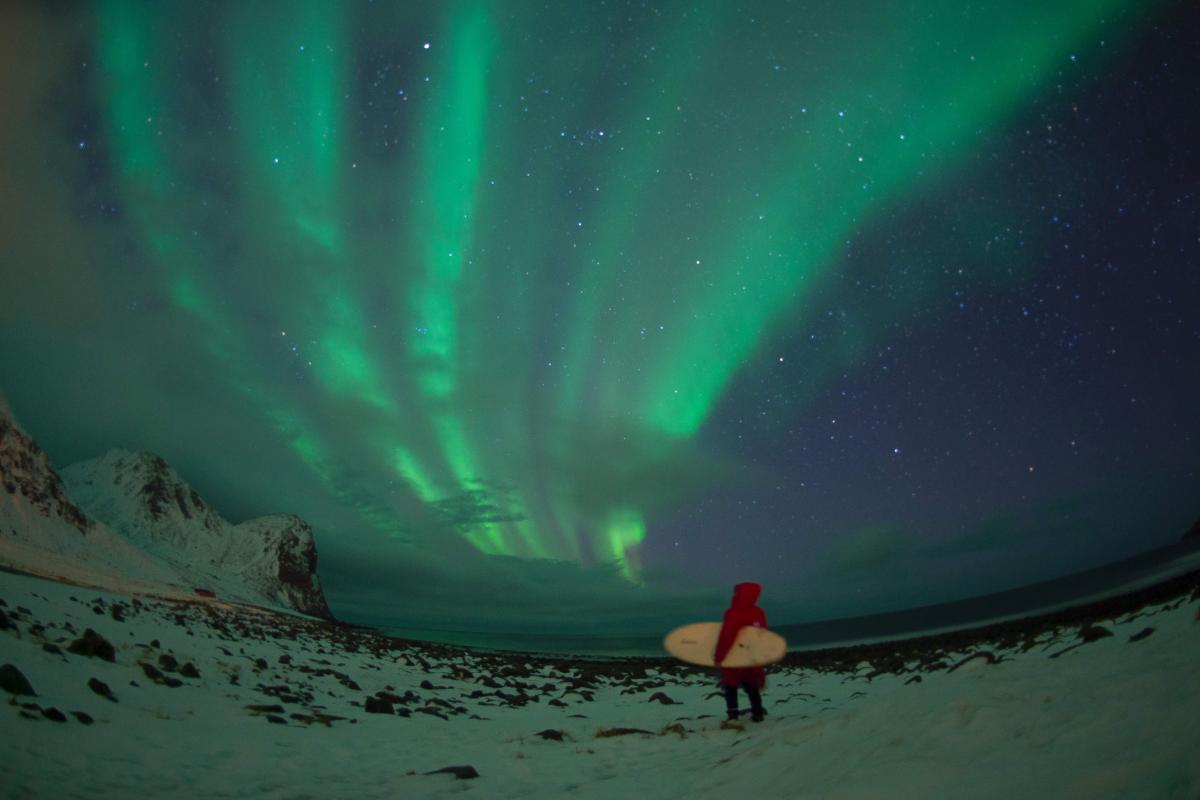 A sizable section of northern Norway is located within the Arctic Circle, a fact that provides the country with two of its most popular tourist attractions. The first, the Midnight Sun, is an impressive sight and experience. During the summer months, surrounding the summer solstice, these latitudes see endless days when the sun doesn't set. However, it's the spectacular Aurora Borealis, or Northern Lights, that really steal the show in winter. Caused when electrically charged particles emitted by the sun are caught up in the earth's magnetic field and producing striking light effects in the thin ionized upper atmosphere at heights of between 40 and 620 miles, the sky comes alive with spectacular bluish arcs of light, glowing coronas and shimmering curtains of radiance flaring over the sky in constant movement. 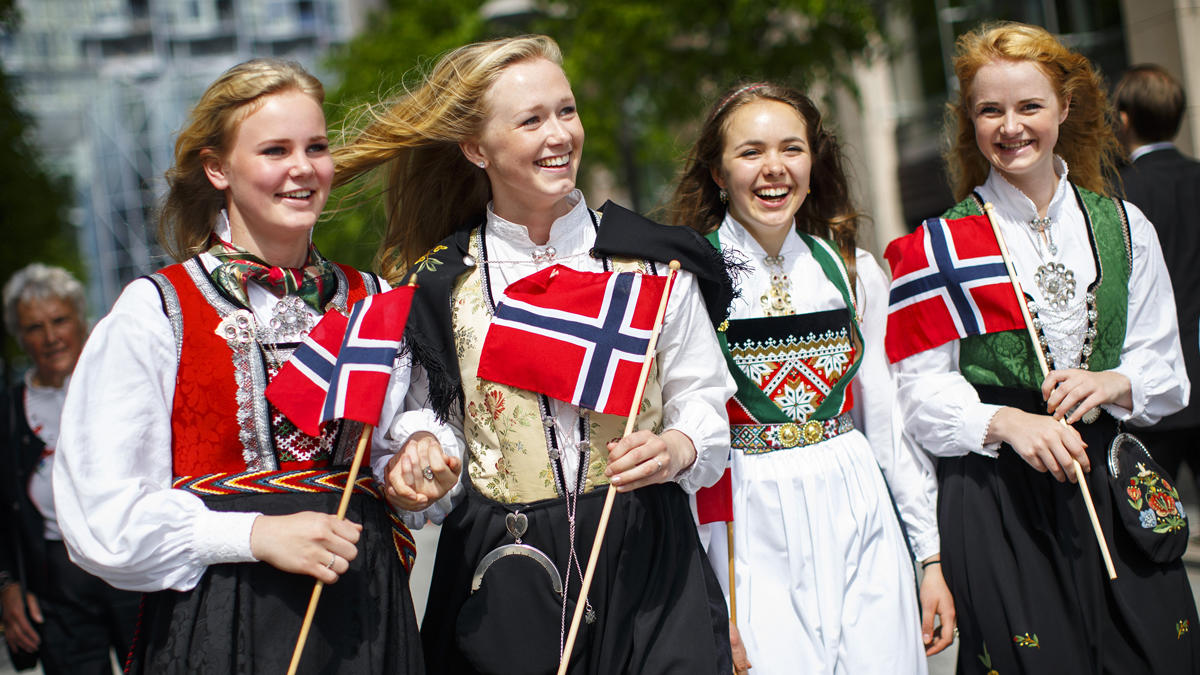 Held each May 17th, Norway's Constitution Day - usually referred to as National Day - marks the country's independence from Denmark in 1814. It's a tremendously colorful day, and as important to Norway as the 4th of July is to the US. Best of all, it really doesn't matter where in the country you happen to be at the time as communities of all sizes celebrate the occasion with colorful processions with banners, flags and bands. By far the biggest celebration takes place in Oslo where huge crowds line Karl Johans gate, the city's main thoroughfare, to watch the parade's 100+ schools and marching bands. Oslo's Royal Palace Square is another popular spot, particularly for a glimpse of the Royal Family. Numerous concerts and activities take place throughout the day, including a fun harbor rowing race and a big firework display. 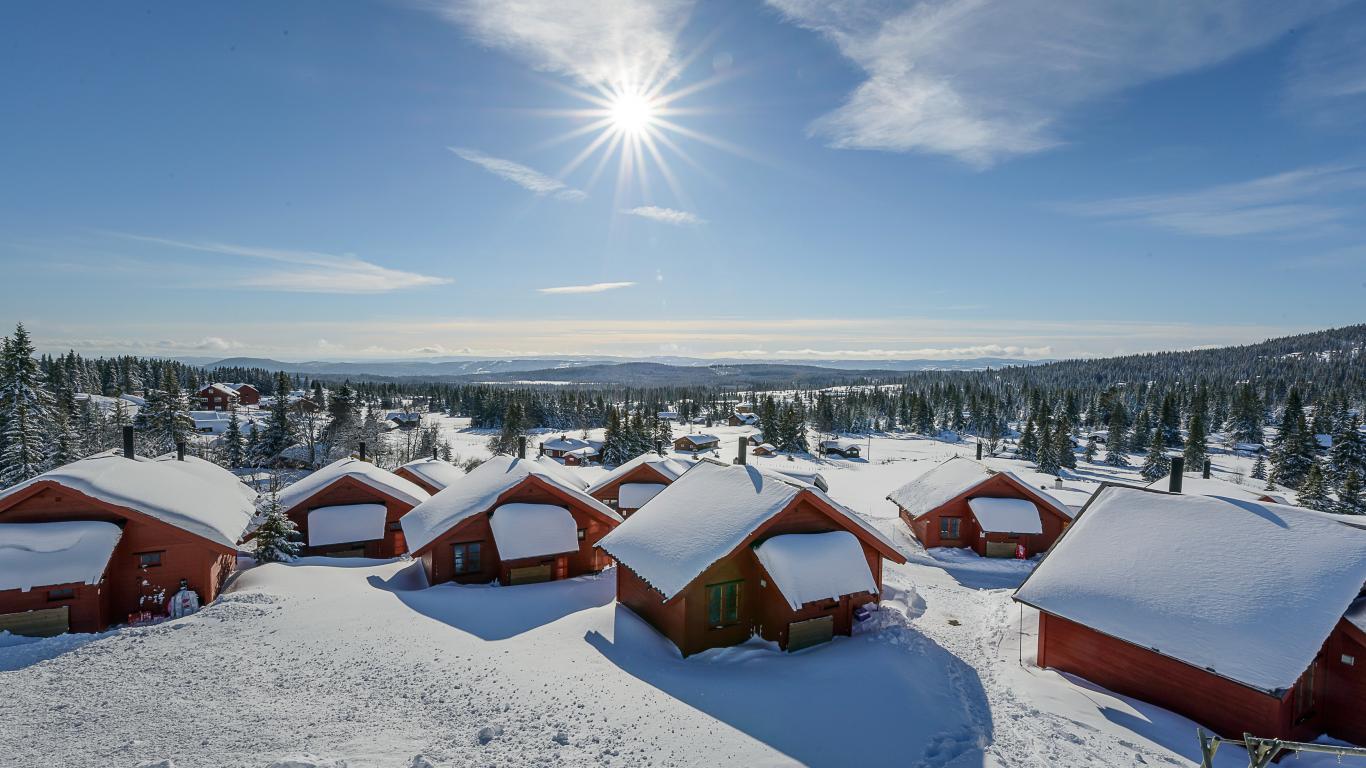 Located above Lake Mjøsa at the south end of the Gudbrandsdal valley, Lillehammer is one of Norway's best-known year-round tourist destinations. In summer, it's all about attractions such as Malhaugen Park, an open-air museum consisting of more than 100 historic buildings, including 18th Century farmhouses, workshops and a stave church. Another notable landmark is Peer Gynt's Cottage. Dating from the early 1700s, it's said to have been the home of the prototype of Ibsen's famed hero. But it's when the snow flies that Lillehammer really shines. Host to the 1994 Winter Olympics, the city's list of winter activities is endless: skating, curling, sleigh rides, 300 miles of Nordic ski trails, as well as alpine ski centers. The Atlantic Ocean Road - one of 18 National Tourist Routes in Norway - is not only a vital connection for the maze of tiny islands it serves, it's also a lure for anglers, diving enthusiasts and visitors wanting to get as close as possible to the sea. Although just over five miles long, it's gained a reputation as one of the most spectacular stretches of coastal highway in the world, weaving through an archipelago in Eide and Averøy in More og Rømsdal. In addition to the excellent views - always spectacular, whatever the weather - you'll get a chance to visit lovely little fishing villages, quaint wooden churches, and the famous Trolls' Church Cave. Several sites specifically geared to tourists have also popped up, including restaurants and resorts, as well as fishing excursion operators. The largest Alpine region on the Norwegian high plateau, the Jotunheimen covers an area of 1,351 square miles and includes Scandinavia's highest mountains. It's also home to many spectacular waterfalls, rivers, lakes, glaciers and wildlife, such as large reindeer populations. Two of this national park's mountains rise to heights of over 8,000ft, the highest being Galdhøpiggen. Despite its tremendous height, Galdhøpiggen can be climbed in about four hours. Although a guide is required, the incredible views over rocky crags and fields of ice from the summit make it money well spent. Another four-hour climb in the Hurrungane group is to the 4,429ft Skagastølsbotn and the Skagastølsbre glacier. 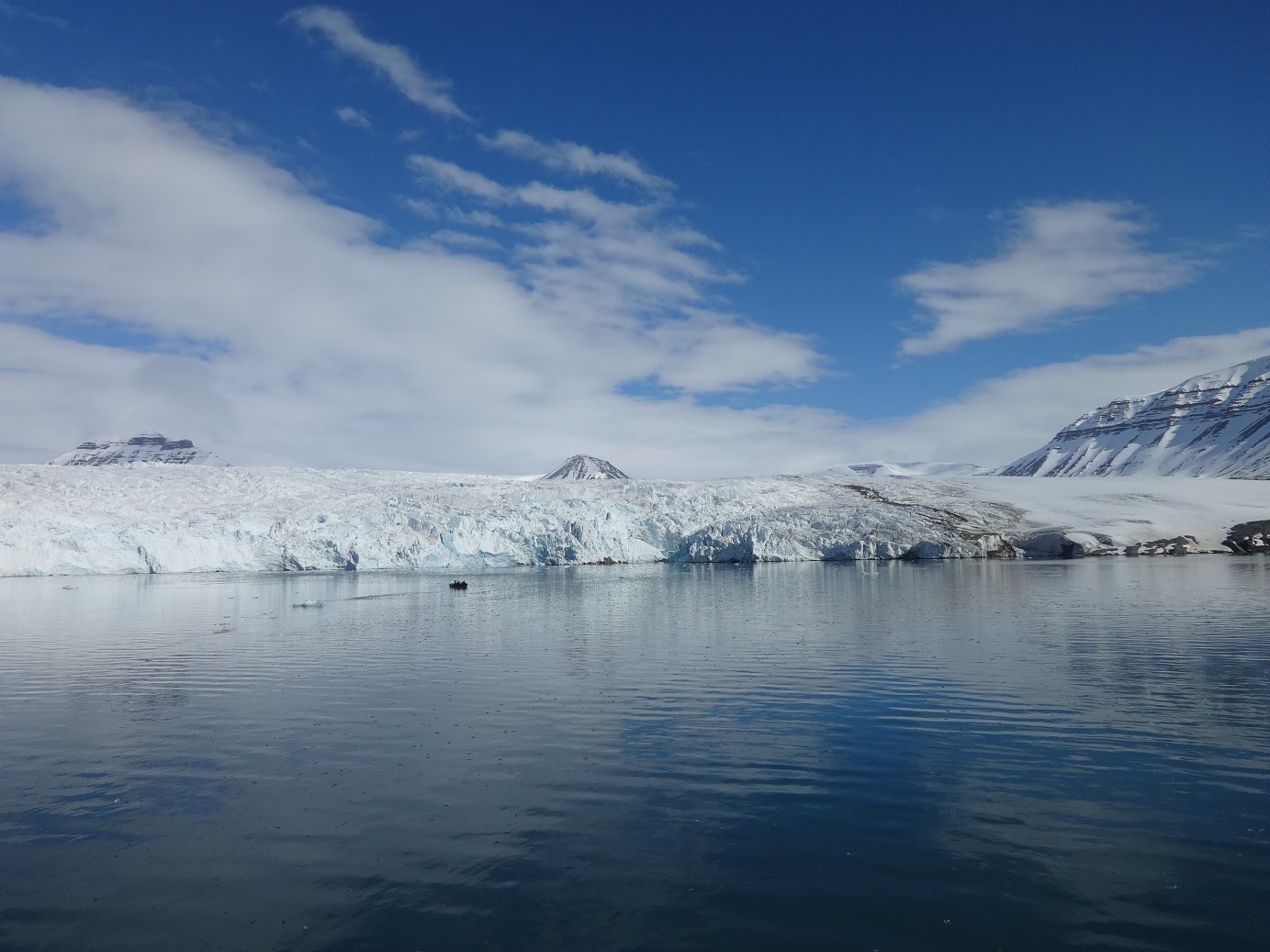 The Norwegian archipelago of Svalbard, centered on the island of Spitzbergen, lies just 810 miles from the North Pole. Although covering an area of 24,200 square miles, its population of only 3,700 hardy souls lives in five settlements, including Ny Ålesund (population 70), the world's most northerly settlement. Although settled by Vikings in 1194, the area was rediscovered more than 400 years later by Dutch navigator Willem Barents while searching for the Northwest Passage to China. What he found instead was an abundance of seals and whales on the edge of the permanent ice cap. The area's Arctic flora comprises of 140 different species, including low-growing flowering plants, ferns, mosses and lichens. However, the real draw is the wildlife, which includes 30 species of seabirds, seals, reindeer, Arctic fox… and a few thousand polar bears.