Home » News » Around the World » 9 Most Amazing Hotels in Switzerland

9 Most Amazing Hotels in Switzerland

Switzerland has some pretty amazing mountains. In fact, the scenery is mind-blowing just about anywhere in the country.

02/08/2017 15:13
Chia sẻ
Switzerland also has some pretty amazing hotels where you can take advantage of the views. Your choice of accommodations could boil down to which mountain or lake you want to see. 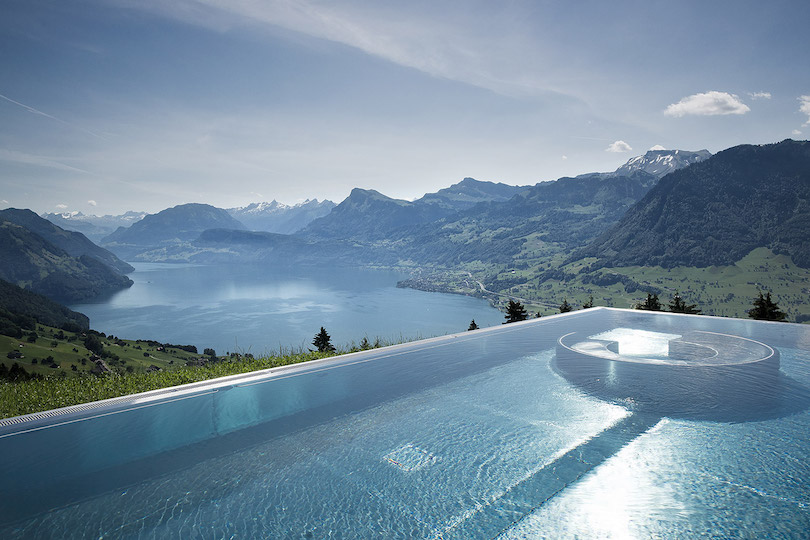 The Hotel Villa Honegg says its heated infinity pool has the most beautiful views in the world. It’s hard to argue with that statement since the pool overlooks Lake Lucerne and the mountains beyond. Located on Mount Burgenstock, the hotel was built in 1905 as a private mansion, undergoing renovations into a luxury boutique hotel in 2011.If you’re not in the mood to swim, you can enjoy the same views from the terrace of this five-story stone chalet. 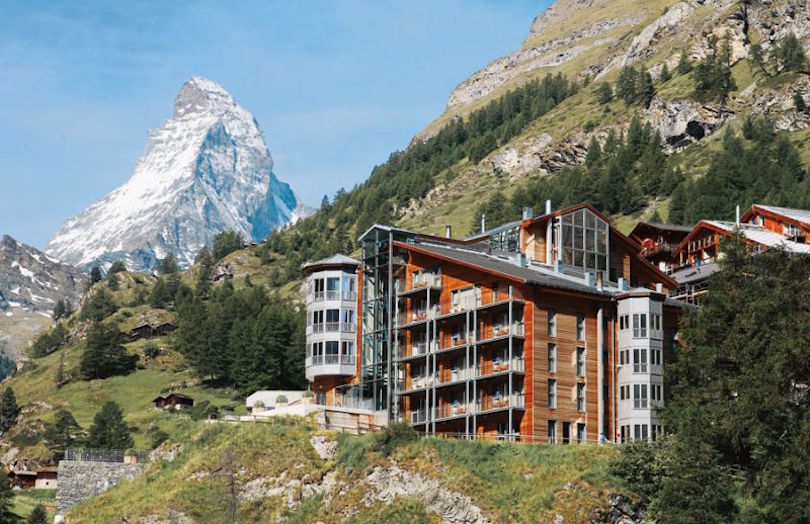 The Omnia Mountain Lodge, built against a mountain overlooking the village of Zermatt, is one of the top hotels in the world. TripAdvisor named it the best hotel in Switzerland in 2016, ranked it sixth in Europe and 19th in the world. There’s a reason for this, starting an elevator ride to the rock the lodge sits on, then entering the hotel through a James Bond-style cave and stunning views of the Matterhorn. Its Caverne bar is carved into the mountain. 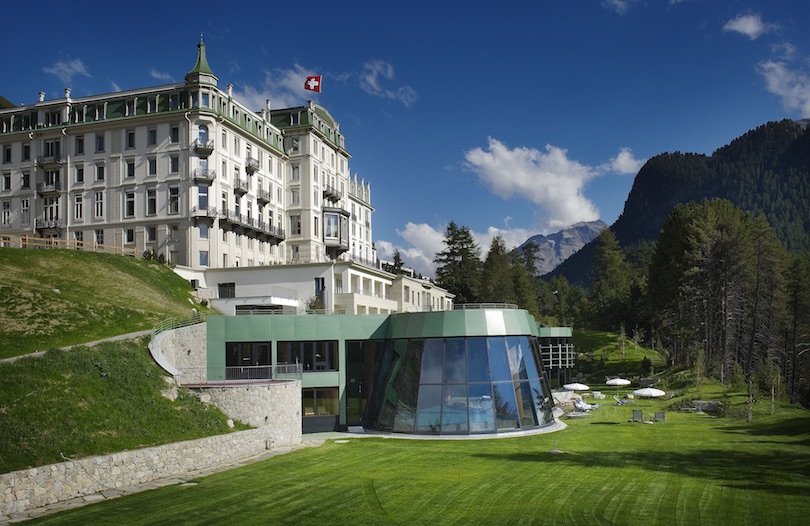 The Grand Hotel Kronenhof has been serving guests since 1848. Located in the heart of the Swiss Alps, this historic Neo-Baroque building is one of the most architecturally significant hotels in the Alps. Renovated in 2007, it still retains its old-world charm. Its spa offers stunning views of the Bernina glaciers and is considered one of the best in the world; it’s hard to beat the mountain views, too. If you’re traveling with children, the hotel has restaurant just for them. 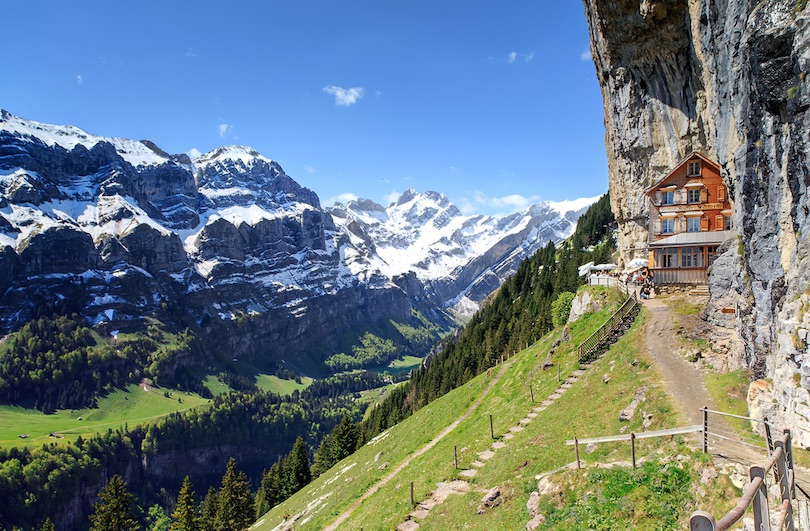 If heights challenge you, better skip the Ascher Guesthouse (Berggasthaus Aescher), but if they don’t, you’ll love it here. It’s built into the side of a mountain just below the summit of the Appenzell Alps. The dormitory lodge appears to sit precariously on the vertical cliff, but looks can be deceiving; it’s been there for 170 years. Access is via a challenging hike and cable car. The guesthouse-restaurant, with awesome views, is next to Wildkirchli caves. 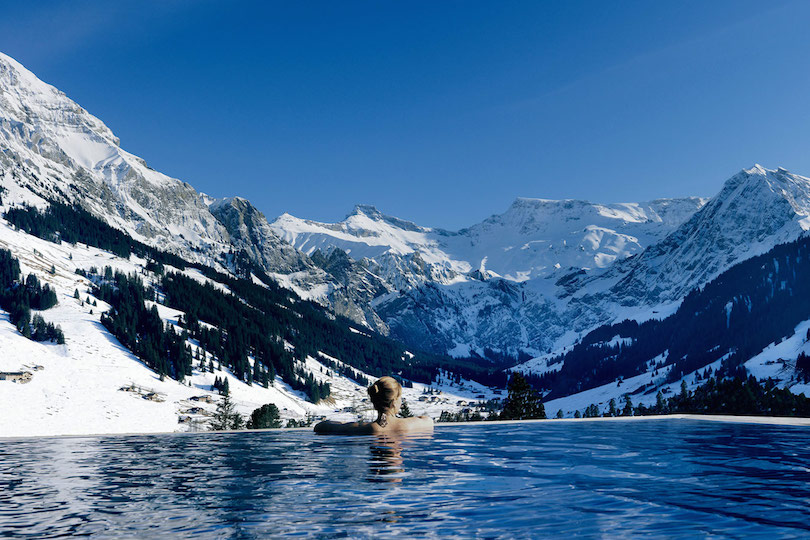 Hotel The Cambrian is located just 15 minutes from Bern, but it seems worlds away from a big city. Originally built in the early 1900s, it remains one of the region’s top hotels. Today it is a 21st century ultra-modern chateau, its stone and slate sleekness interspersed with panoramic windows displaying the mountains and greenery of the Adelboden Valley. You’ll enjoy world-class skiing in the winter, while hiking and biking allow you to explore the environs in the summer. 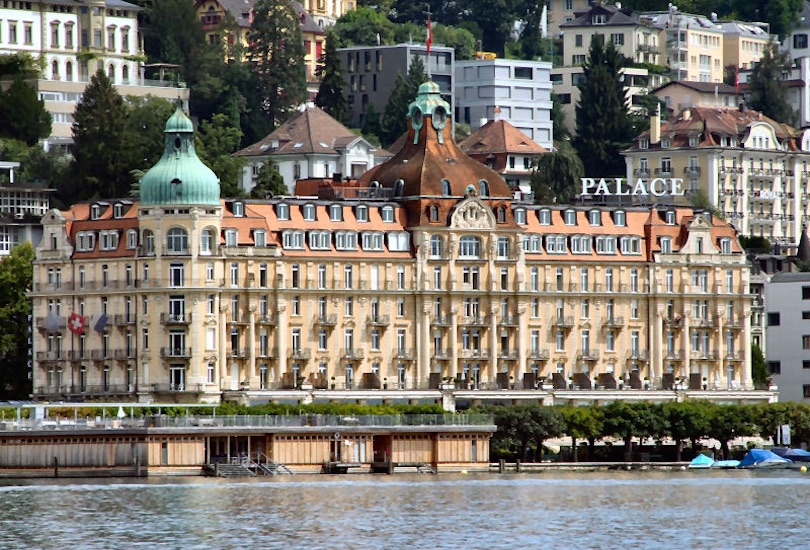 Palace Luzern marked a new level of luxury when it opened in Lucerne in 1906: It had en-suite bathrooms. Built on the banks of Lake Lucerne, it was stately and elegant. It still is today, adding a new distinction in 2015: home to Lucerne’s only fish restaurant. If it’s extravagance you’re after, book the Suite of Arts, inspired by such artists as Chagall and Miro, with furnishings reminiscent of the ‘60s and ‘70s. Rooms have lake or mountain views. 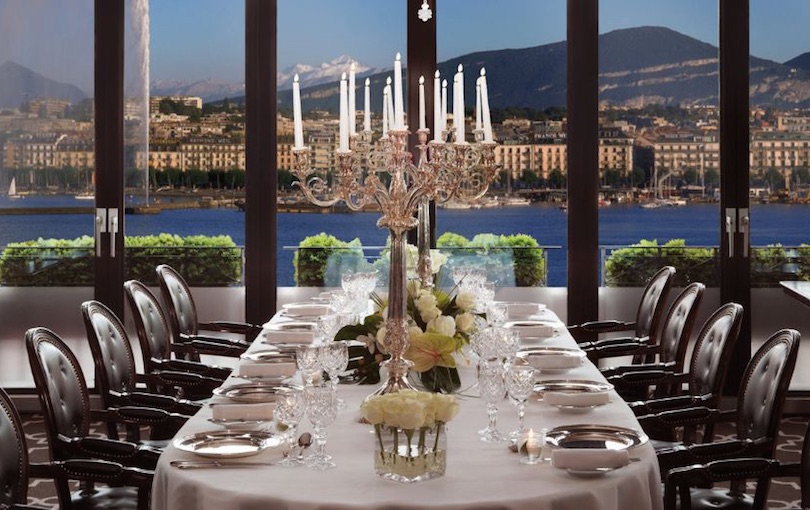 The Hotel d’Angleterre oozes stately charm and elegance on the banks of Lake Geneva. Built in 1872, It also oozes accolades from Forbes, Conde Nast and TripAdvisor, among others, for being one of the world’s top hotels. The hotel is filled with antiques, with some modern décor in the rooms. It offers great views not only of the lake and Mount Blanc but also of Switzerland’s largest water fountain, which stands between the hotel and the lake. 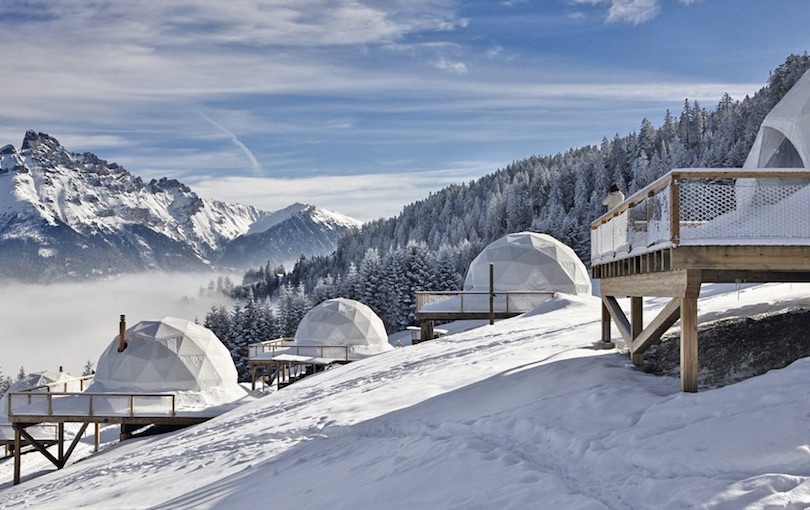 When you’re a guest at the eco-friendly Whitepod Hotel, you won’t stay in bungalows. You’ll stay in one of 15 high-tech pods, a snug geometric-shaped stand-alone building that is self-contained. It’s like staying in an igloo, only warmer since it has its own wood stove. You’ll breathe in crisp mountain air as you make the 20-minute walk from the canvas-covered pod to t he dining facilities. In the winter, you’ll have use of a private ski run as well as runs elsewhere on the mountain. 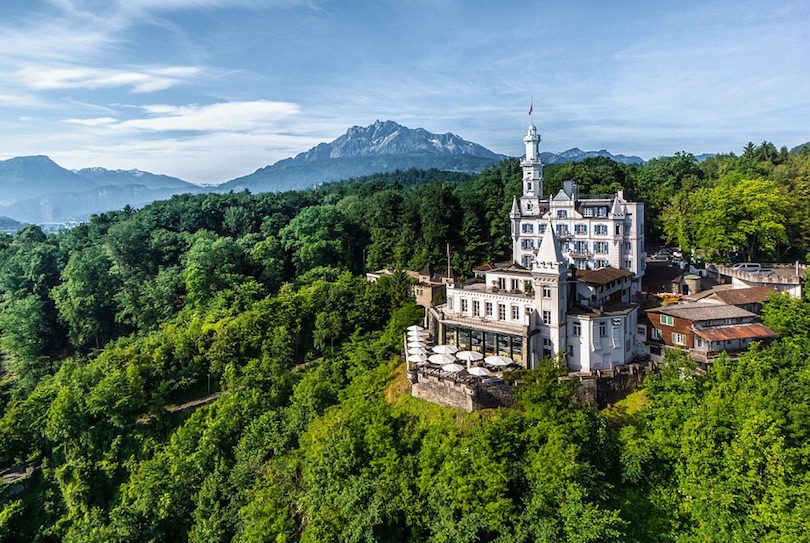 Fairy tale romances just might come true at Hotel Chateau Gutsch since it resembles a romantic castle overlooking Lucerne. Built in 1898 as a private residence, it is patterned after Neuschwanstein, a romantic Belle-Époque castle in Bavaria. This Lucerne landmark, sitting on a 490-meter (1,600-foot) high hill, offers stunning views of the city, Lucerne Lake and mountains – it’s said to have the most spectacular views of any European hotel. When you want palatial grandeur, you’ll find it here.