The most visited archipelago in the French Polynesian Islands, the Society Islands lie halfway between Australia and California in the South Pacific.

30/05/2018 15:18
Chia sẻ
The islands are divided into two groups: the windward islands, which include the archipelago’s largest island, Tahiti, and the leeward group, which is home to the popular honeymoon island Bora Bora.

Settled by seafaring Polynesians before the 9th century, the Society Islands have attracted visitors ever since English explorer Captain James Cook first landed on the shores of Tahiti in 1769. The 1935 classic film “Mutiny on the Bounty” and its 1962 remake cemented the archipelago as the quintessential island holiday destination. Formed by volcanoes eons ago, the Society Islands are steeply mountainous, covered in lush jungle greenery and surrounded by crystalline beaches and turquoise lagoons. 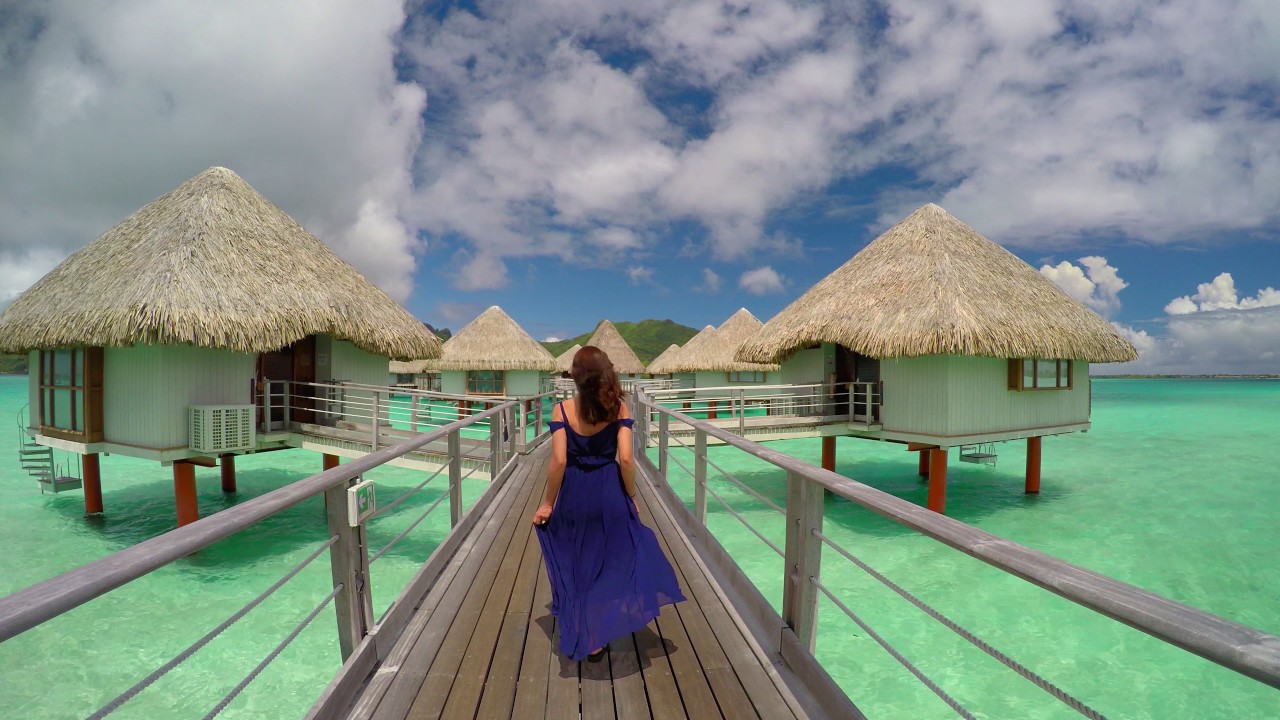 Idyllic Bora Bora owes its tranquil turquoise lagoon and white sandy beaches to the protective coral reef that surrounds its perimeter. Bora Bora is one of the world’s premier honeymoon destinations, but the over-the-water bungalows that perch on stilts over the lagoon offer an enchanting experience for any visitor. Snorkeling and scuba diving among the clownfish, lemon sharks, green turtles and other sea life that inhabit the coral reef are the most popular activities on Bora Bora. Some visitors prefer to spend their visit relaxing on coconut-tree-shaded sands like those found on Matira Beach. 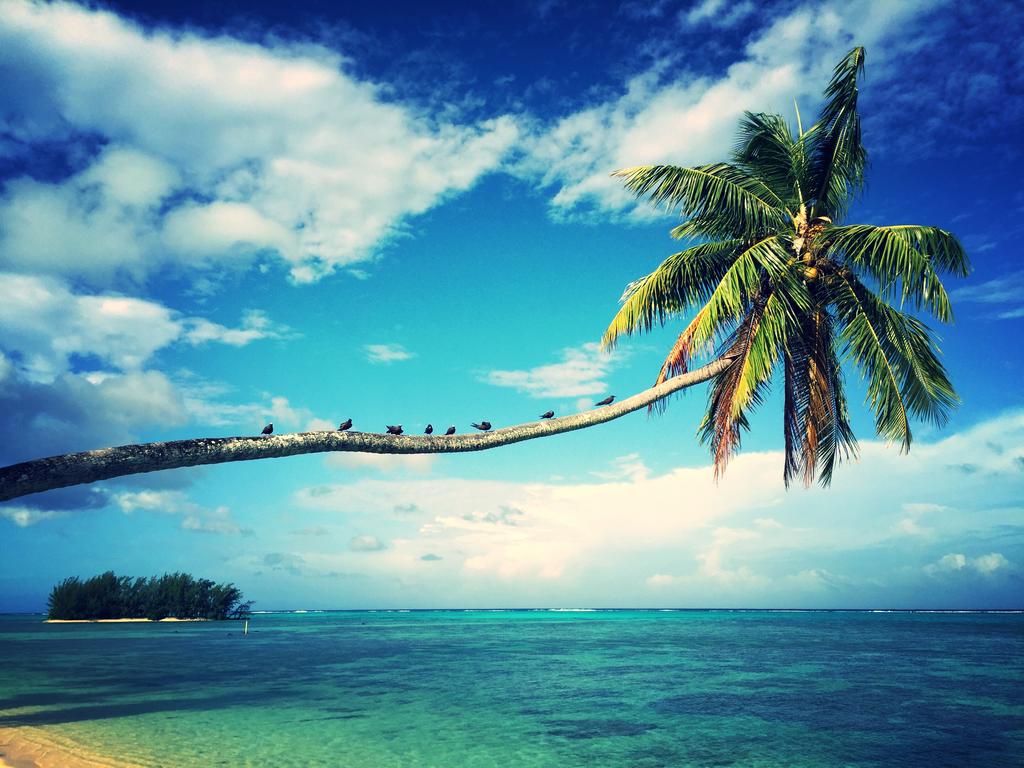 Located just a 30-minute catamaran ride away from Tahiti, Moorea boasts some of the most spectacular scenery of the Society Islands. The island’s ancient volcano, Mount Tohivea, was blown in half by a cataclysmic explosion ages ago, earning the jagged peak the nickname “Shark’s Tooth.” A hike up to Belvedere Point near the summit offers visitors breathtaking views of the surrounding mountain peaks and the island’s peninsulas with its two deep blue bays. Only 16 km (10 miles) wide from east to west, Moorea is nevertheless filled with hidden gems, including ancient Polynesian temples and small villages surrounded by brightly blooming hibiscus. Actually two islands, Big Huahine and Little Huahine are surrounded by a coral reef and connected to each other by a short bridge. Nicknamed “Isle of the Bays,” Huahine is dotted with secluded coves, and features some of the best surfing spots in the Society Islands. Avea Bay on the southwestern coast of Little Huahine has one of the most beautiful beaches in French Polynesia with crystal-clear water ideal for snorkeling. Huahine also has many important archeological sites, including Faahia, a village first settled around 650 A.D. Informational markers invite visitors to explore the island’s history at their own pace. 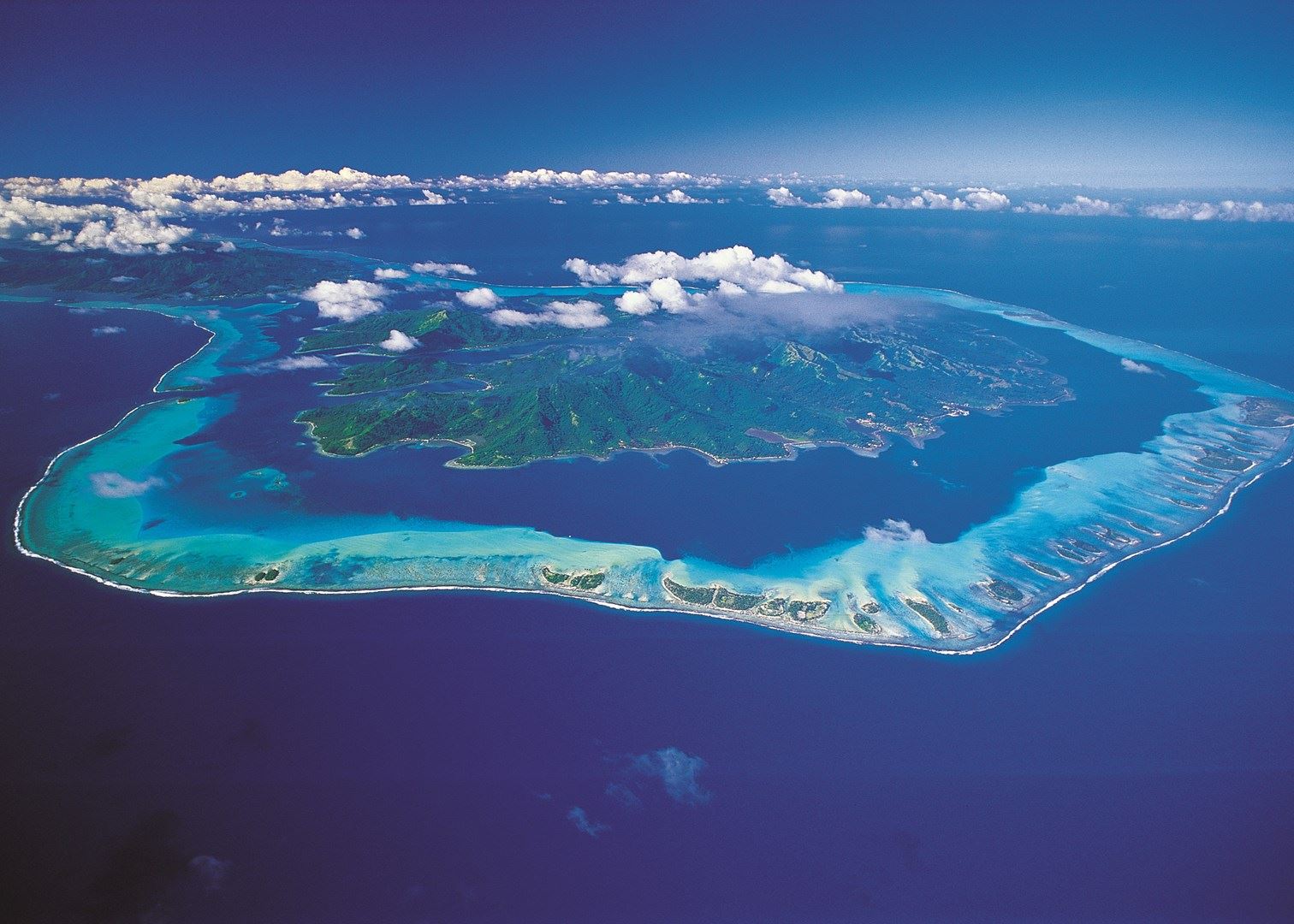 Sharing a surrounding coral reef with sister island Tahaa, Raiatea is the second largest of the Society Islands and the administrative center for the archipelago’s Leeward island group. Often referred to as the “Sacred Island,” Raiatea is believed to be the place from which outward migrations to Hawaii and other parts of East Polynesia began. Visitors can explore ancient shrines and artifacts at Taputapuatea, the best preserved historical site in French Polynesia. Legend has it that the dormant volcano Mount Temehani in northern Raiatea was the birthplace of gods. 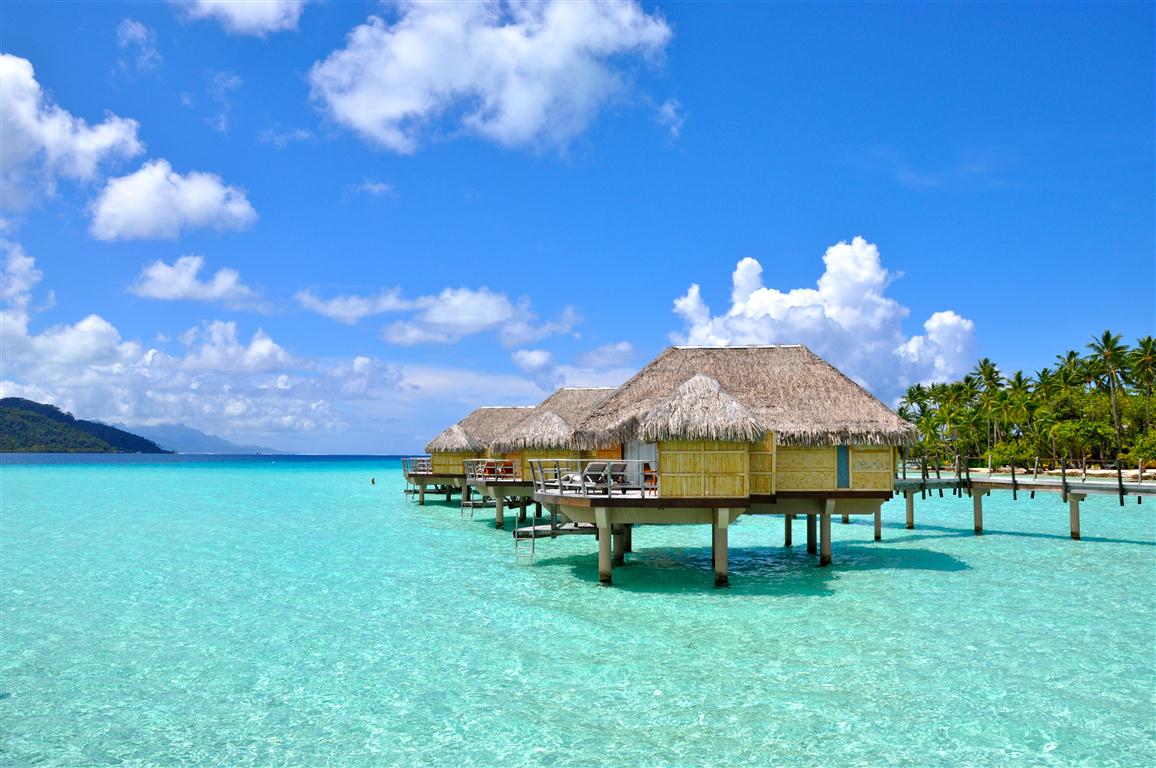 Located between the islands of Bora Bora and Huahine, Tahaa shares her encircling coral reef with the nearby isle of Raiatea. Known as the vanilla capital of French Polynesia, Tahaa has an economy that isn’t as dependent on tourism as the other Society Islands, and has only a limited number family-operated pensions and resorts. Tahaa lacks the broad stretches of powder-soft sand found on other islands as well. It’s an ideal destination for travelers interested in native Polynesian life, however, and is a great place to purchase exquisite black pearls. 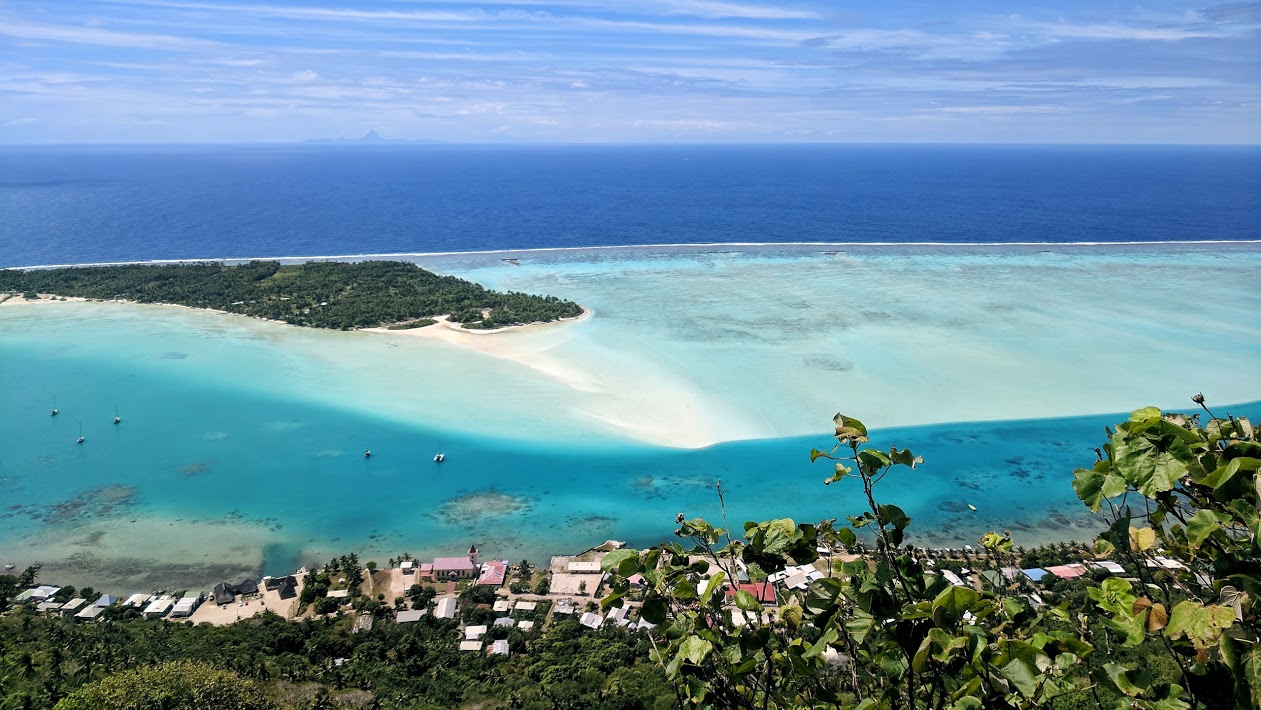 Lying 40 km (25 miles) to the west of Bora Bora, pretty little Maupiti is a miniature replica of its larger neighbor. Like Bora Bora, a coral atoll surrounds the volcanic island, but because the locals have restricted development, the landscape looks much the same as it did when it was first discovered by Europeans in the 18th century. Most visitors stay in pension-style accommodations located in Vaiea, the island’s main village. Mount Hotu Parata, a volcanic cliff that rises above the village is a migratory home to thousands of seabirds. 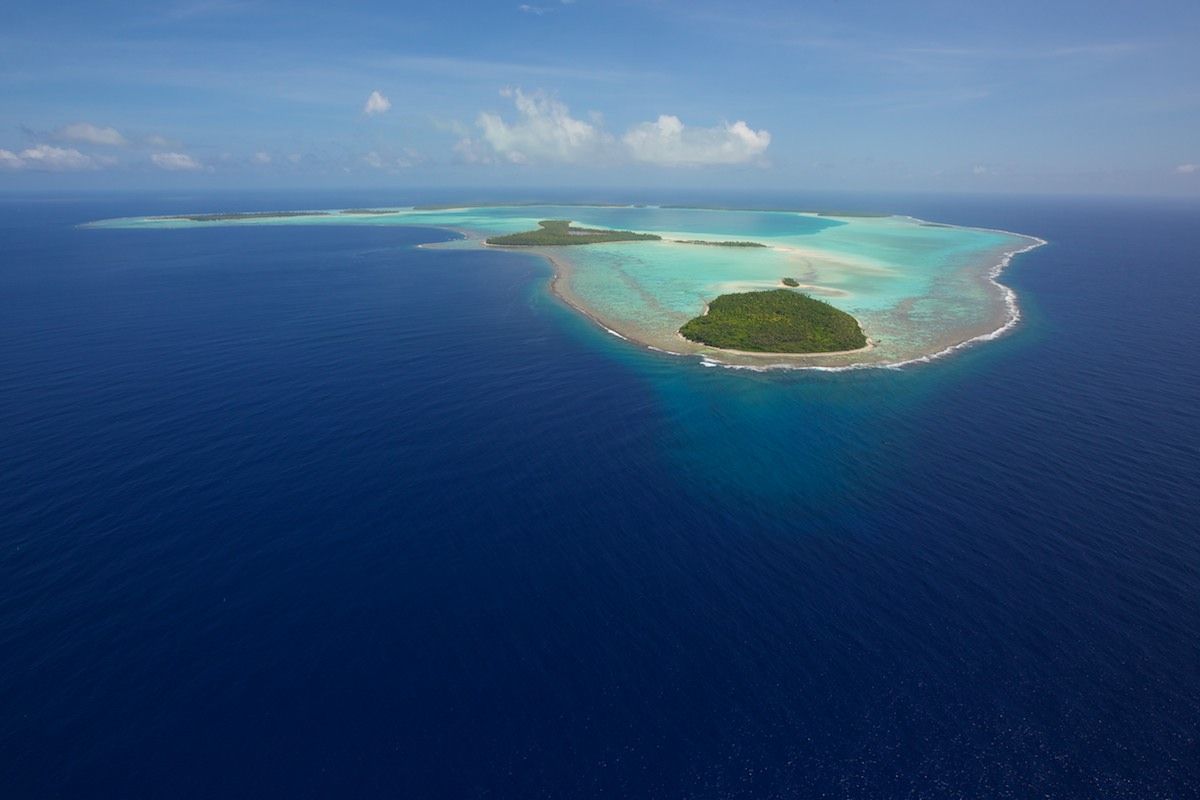 Marlon Brando, starring as Fletcher Christian in the 1962 version of “Mutiny on the Bounty,” fell in love with French Polynesia while scouting locations for the film. Brando was so enraptured with the beauty of the Society Islands that he purchased one for himself: a 2-square-mile atoll known as Tetiaroa. The island passed into the hands of a Tahitian development company after Brando’s death, and after years of planning, the Brando Resort opened to the public in July 2014. The eco-friendly upscale resort features 35 luxury villas next to a private beach. The resort offers an array of activities that range from snorkeling and paddle boarding to Polynesian dance, music and cooking lessons. 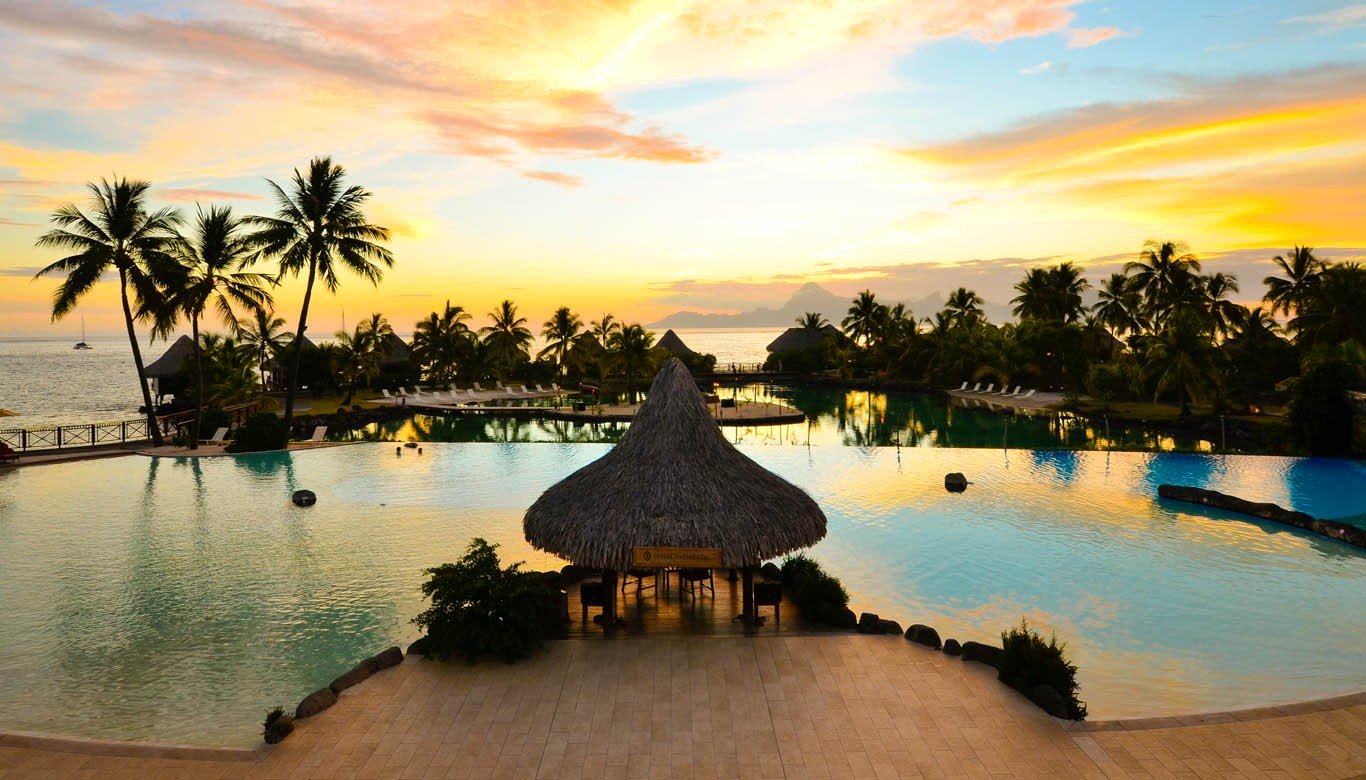 The largest island in the Windward group of Society Islands, Tahiti is also the most developed. Most visitors arrive at the island’s international airport and either head towards their resort on another island or Tahiti’s bustling capital of Papeete. The party-loving city has a vibrant nightlife scene with venues that range from rustic bars to private nightclubs. Whether it’s black pearls and shell jewelry or traditional “pareu” clothing, Papeete is the best place in the Society Islands for shopping excursions too. Cultural points of interest include the Paul Gauguin Museum and the Museum of Tahiti. Scenic mountains, tumbling waterfalls and black sandy beaches are the island’s star natural attractions.