Home » News » Around the World » 5 reasons to pack for Mongolia

5 reasons to pack for Mongolia

For a dramatic change of scenery and to see a different way of life, look no further than Mongolia.

22/05/2018 11:35
When I was a kid, I had always thought Mongolia is a country with challenging yet breathtakingly beautiful landscapes. It's a country where the night skies are filled with stars.
In the day, a cerulean canvas stretches above you while verdant vistas undulate before you for as far as the eye can see while the melodious tunes of folk songs about wild horses and love belted out by nomads float over them.

During a visit last Autumn, I discovered during a one on one trip with Dream Mongolia (http://www.dreammongolia.com), a bespoke travel agency operated by a team of young, proud and dedicated locals that their motherland is indeed all of these and more.

There are more than five reasons why one should not push back their plans to see Mongolia, but pressed for space, I would just list what I think are the top five. 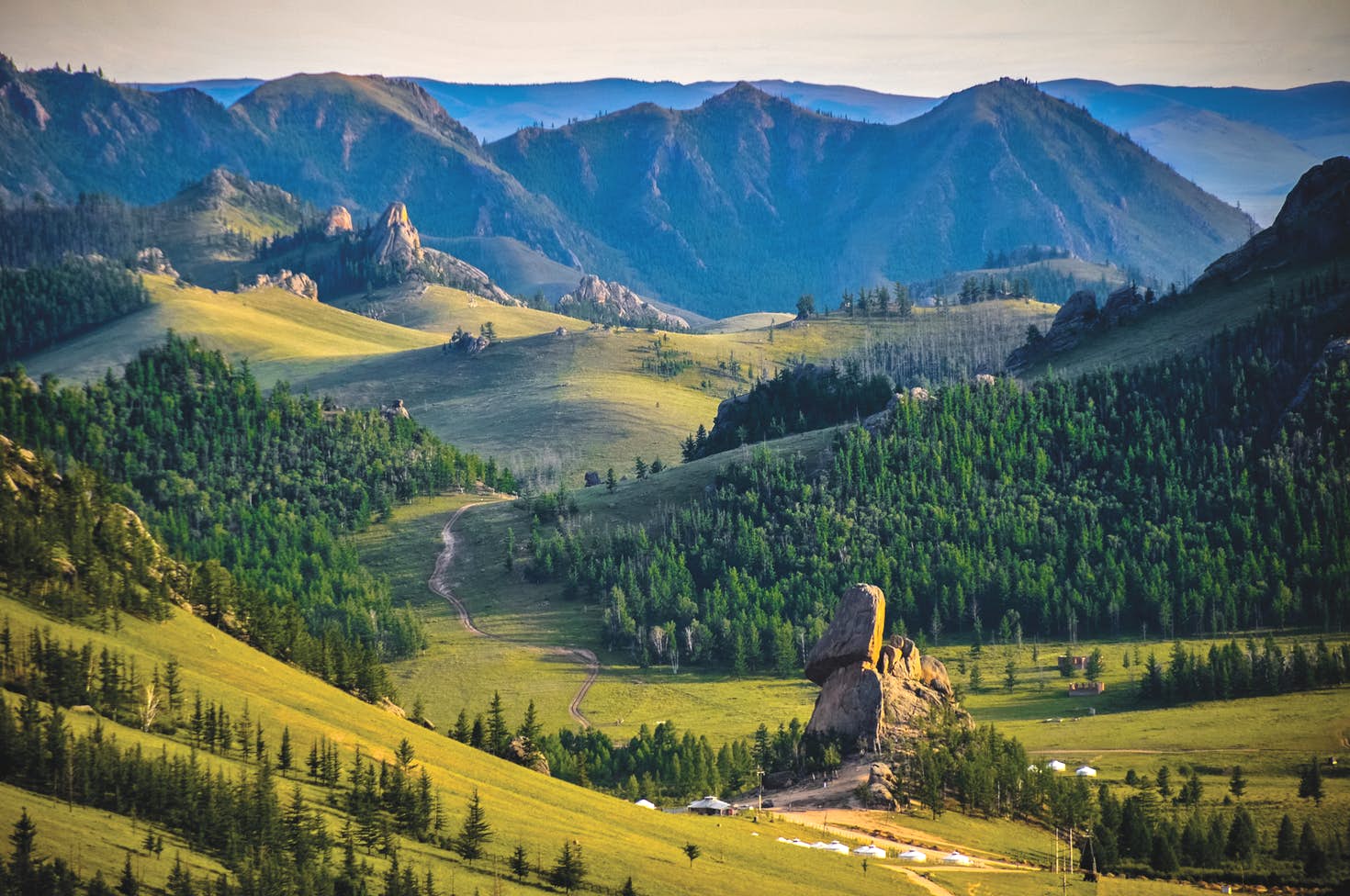 With a population density that is amongst the lowest in the world - 1.94 person per square kilometer (according to 2015 statistics) if you must know, it's possible to drive for miles and hours in the rural areas where two-fifths of 3 million live, before you get to see anyone.

In the Gorkhi-Terejl National Park just outside of Ulanbataar, for example, it's possible to just stay a week, checking into different ger camp sites for the night, to trek the fragrant pine mountains in the day and look down to see herds of cows, goats and horses grazing on steppes and drinking from crystalline waters in brooks.

Imagine having this vast picture of raw, natural beauty to yourself - surely not something you can find in densely populated Singapore, or even many developed cities. And did I mention the crisp alpine air? 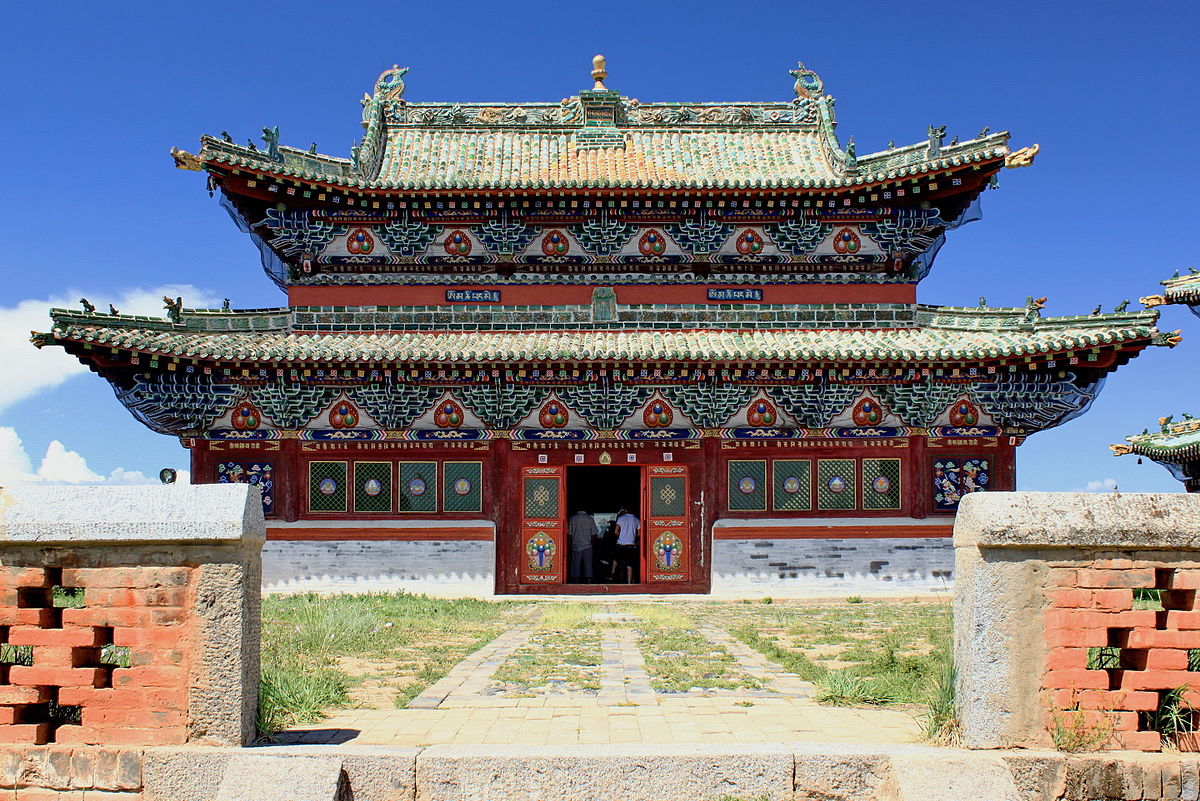 Though the ancient city of Karakor served only as the Mongolian capital for 40 years before Khubilai Khan, Genghis' grandson, moved it to what is now Beijing and Chinese troops destroyed a lot of it in the late 14th century, you can still find remnants of the city that harked to a glorious past.

The massive 400 x 400m stonewalls with 108 stupas of the Erdenezuu Monastery, the first Buddhist monastery in Mongolia, are a sight to behold.
In the Bayanzag area in the Gobi, there are the famous flaming cliffs which take on the bright orange hues of the fiery sun at sunset.

Dinosaur fossils and the first dinosaur eggs found in modern history were discovered at this site in 1922. 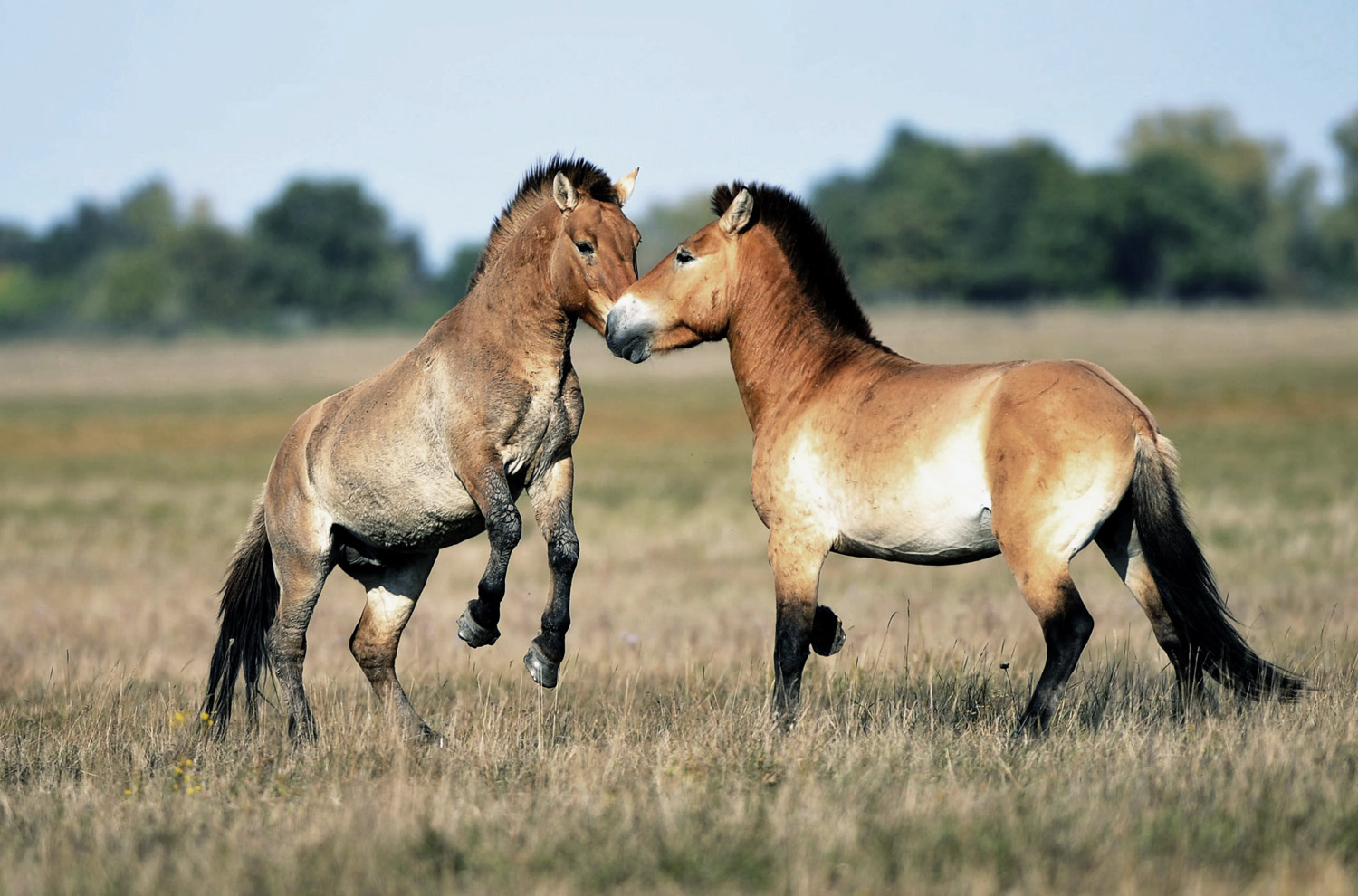 Mongolia is home to a wide diversity of wildlife. Following a successful reintroduction to their homeland after 40 years of extinction, the Takhi or Przewalski horse, a native breed Park in the foothills of the southern Khentii mountain range.

Wild and known to be shy towards humans, the current population of 300 horses in the park can be viewed from a distance, which would still be a treat for the horse lover.
In Gobi, you may be lucky enough to see more than gazelles, antelopes and the Bactrian camel, a breed native to Central Asia with two humps which makes sitting in a saddle between them very stable.

You might spot one out of the remaining three Gobi bears in Mongolia, or the rare and beautiful snow leopard. Head further north, and you could see reindeer being herded by an indigenous group called the Tsaatans with their own unique culture. 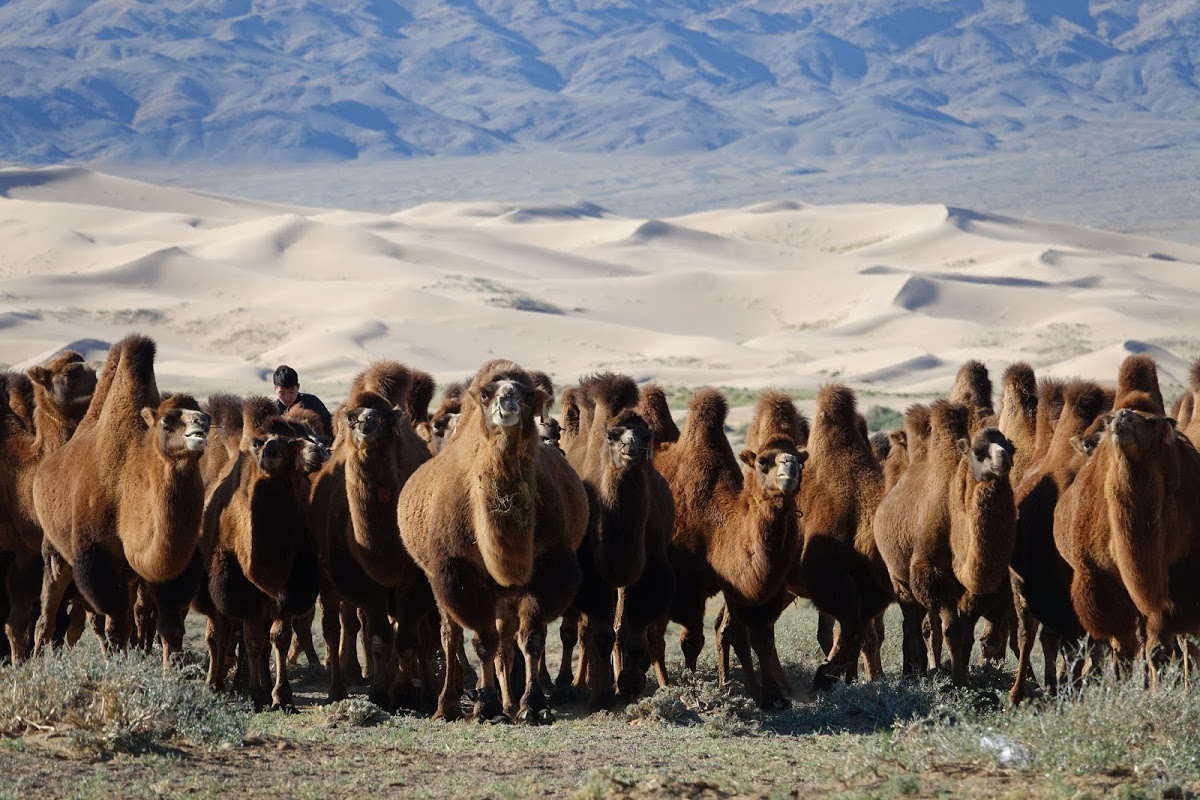 The fourth largest desert in the world, the Gobi desert covers southern Mongolian and much of northern China. I had a lovely day of riding on a camel which brought me to the Khongor sand dunes.

Sinking your feet into the warm sand (climbing up the sand dunes is easier without shoes as the sand will weigh your hiking boots down when the grains Khongor sand dunes for spectacular panoramas of the desert is an experience you can't  simply repeat anywhere else easily.

And lastly, the Mongolian hospitality 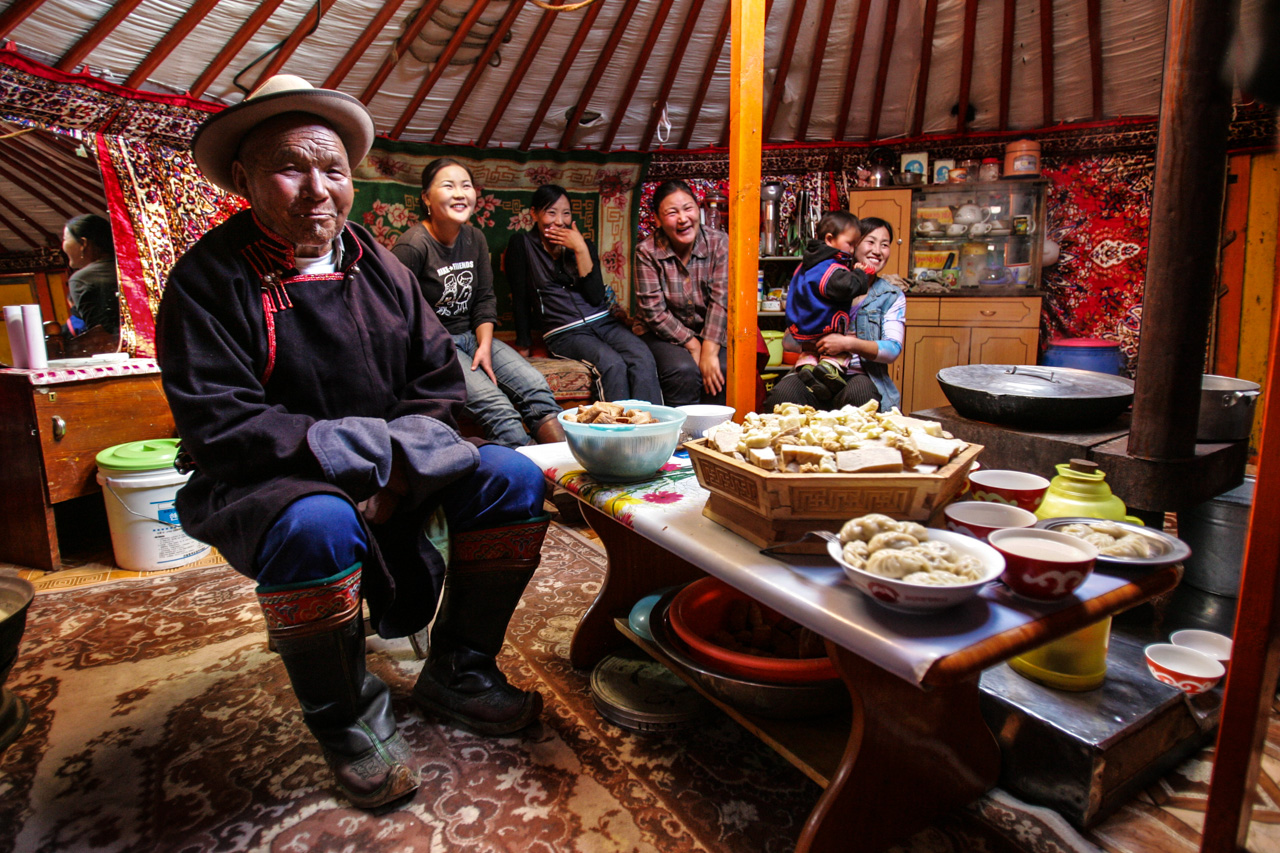 On my road trip starting from Ulaanbaatar, we stopped by Orkhon Valley, which is a UNESCO world heritage site for the wealth of ancient monuments within its basin. It is also home to a popular waterfall, the Ulaan Tsutgalan.

But the most memorable experience in Orkhon Valley was my stay with a nomadic family. I learnt a lot about how the nomads live.
Husband Ereen and wife Ganaa tend to their summer ger alone as their children have flown the nest for the capital. Though they are considered rich by Mongolian standards - they own about 1,000 cattle, they were very down-to- earth.

They opened up their home and hearth to us, giving up even their main ger to the driver and guide (while I stayed in the guest ger) as Mongolian culture dictates that guests come first.

We were treated to various homemade Mongolian dairy products. I actually found the taste of fermented mare's milk - to be!

Every evening, the couple would milk their mares - an activity I took part in, and use the milk for making airag.
My favourite item was the milk butter that mama Ganaa made. I literally slathered the unleavened bread she made with the butter and every bite of this simple pleasure.

For a solo traveller in a remote destination like Mongolia where it's possible you could go for days without seeing someone if you were lost and not many people in the rural regions speak English, choosing a reliable agency with experienced and trustworthy guides is a must.

It is for this reason that I had chosen Dream Mongolia, a bespoke agency headed by Doogii who hails from a family of nomads in Western Mongolia and has more than 10 years of experience leading tours. Today she leads group of dedicated local guides and drivers who cover all of Mongolia.

The writer's trip was sponsored by Dream Mongolia.