Home » News » Around the World » 10 Top Tourist Attractions in Singapore

Singapore is one of the great cities of the world, with its blend of Asian and European cultures. Graceful colonial buildings co-exist alongside centuries-old street markets and modern high-rises.

01/09/2016 11:43
Chia sẻ
Though the government can be strict with residents and visitors who misbehave, travelers who follow the rules can’t help but be fascinated by this multi-cultural city. An overview of the top tourist attractions in Singapore as below. Orchard Road is the main shopping street of Singapore, regularly frequented by the locals as well as foreign tourists. Named after the fruit orchards that the road led to, Orchard Road is flanked by malls, numerous upmarket restaurants, coffee chains, cafés, nightclubs and hotels. It is also the site of the official residence of the President of Singapore, the Istana. The Christmas decorations along Orchard are famous and entirely over the top, with reindeers cavorting through palm trees and gingerbread houses topped with fake snow. 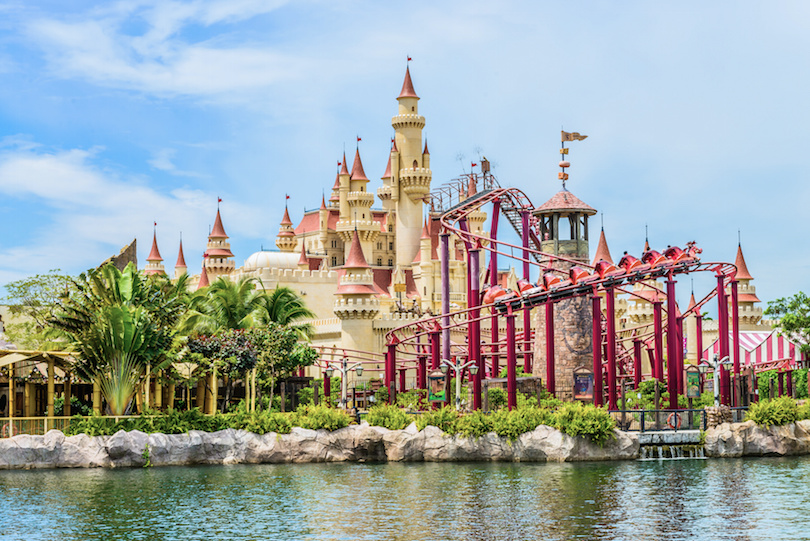 Resorts World Sentosa is a Singaporean destination unto itself. Located on an island off Singapore’s south coast, the property features hotels, restaurants, a casino, theme parks – in short, something for everyone no matter how old they are. With this location, attractions obviously center around the sea: Marine Life Park, Dolphin Island, a water park and an aquarium. Other attractions include Universal Studios Singapore and nightly entertainment. The casino offers a variety of table games sand 2,400 slot machines; be forewarned, it does enforce a dress code. The resort offers more than 60 dining options for hungry guests. 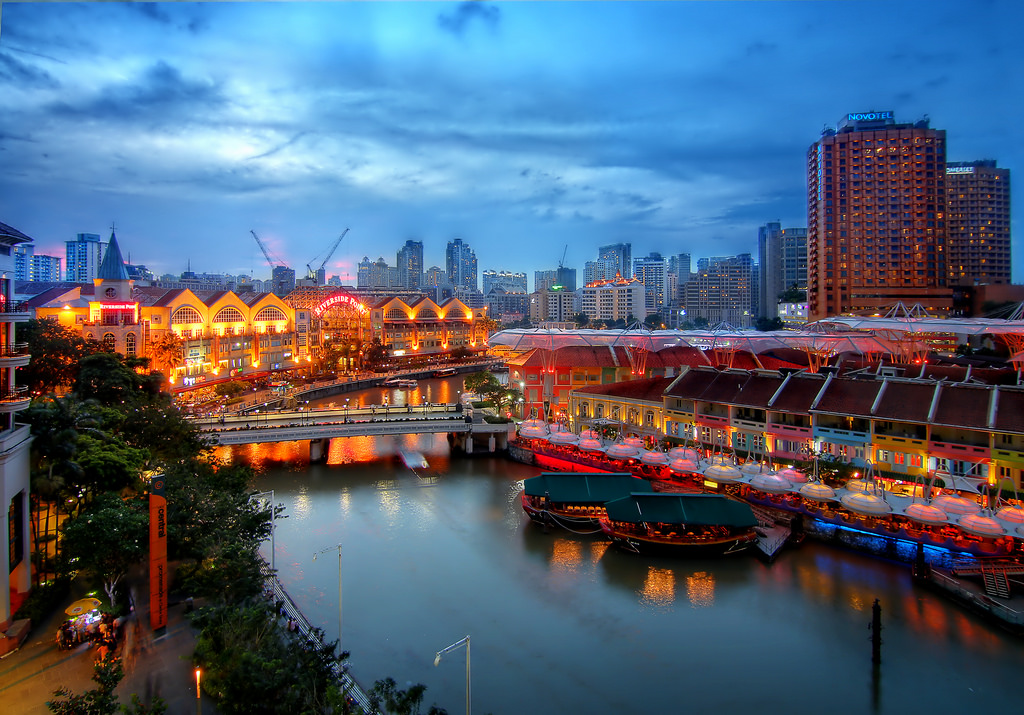 Clarke Quay is another part of Singapore’s past that is still a happening place today. One of the key tourist attractions in Singapore, the quay, at the mouth of the Singapore River, was the city’s hub of commerce in the late 19th century. It still hustles and bustles today, but with a different kind of commerce: trendy restaurants, unique boutiques, pushcart vendors and more, all of which blend Asian and European influences. Once a market, always a market, except at night when Clarke Quay teems with chic nightspots. 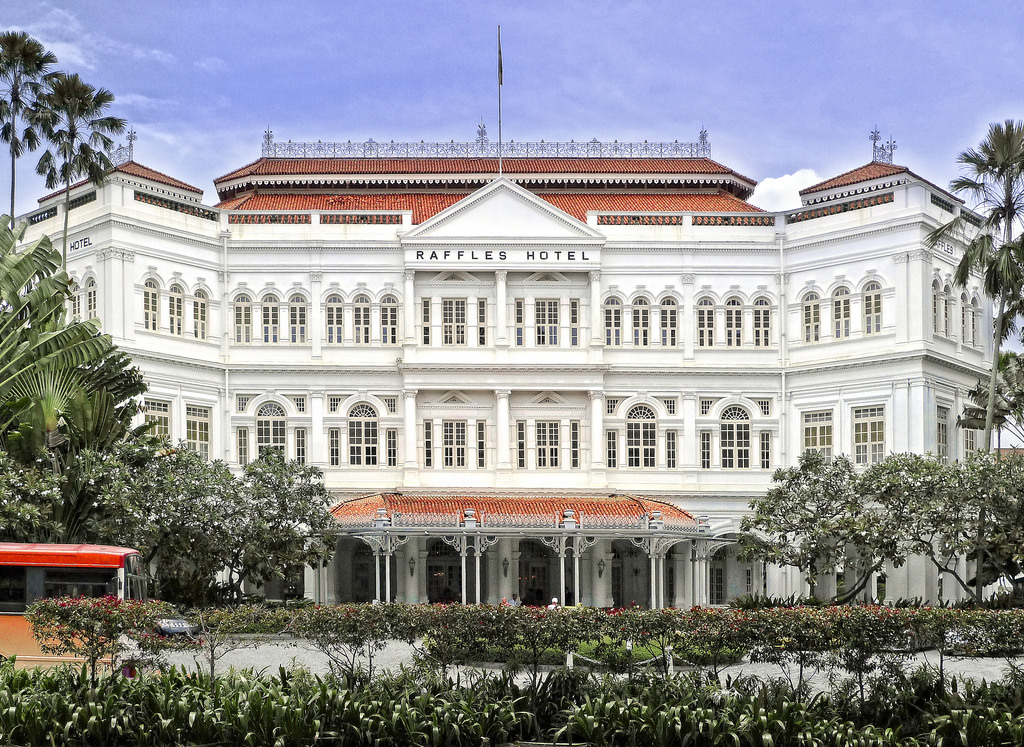 Raffles Hotel, with its graceful colonial style, is the face of Singapore. Since it opened in 1887, it quickly became THE place to stay in Singapore, with writers Rudyard Kipling, Somerset Maugham and Ernest Hemingway, among others, adding to its fame. This epitome of luxury boasts 15 restaurants and bars, including the Long Bar where the cocktail Singapore Sling was invented. The Raffles Hotel is legendary the world over, down to the uniformed Sikh doormen who introduce guests to this bit of Southeast Asian history. The lobby of the main building is open to the public while the hotel museum is hidden away on the 3rd floor.

Gardens by the Bay 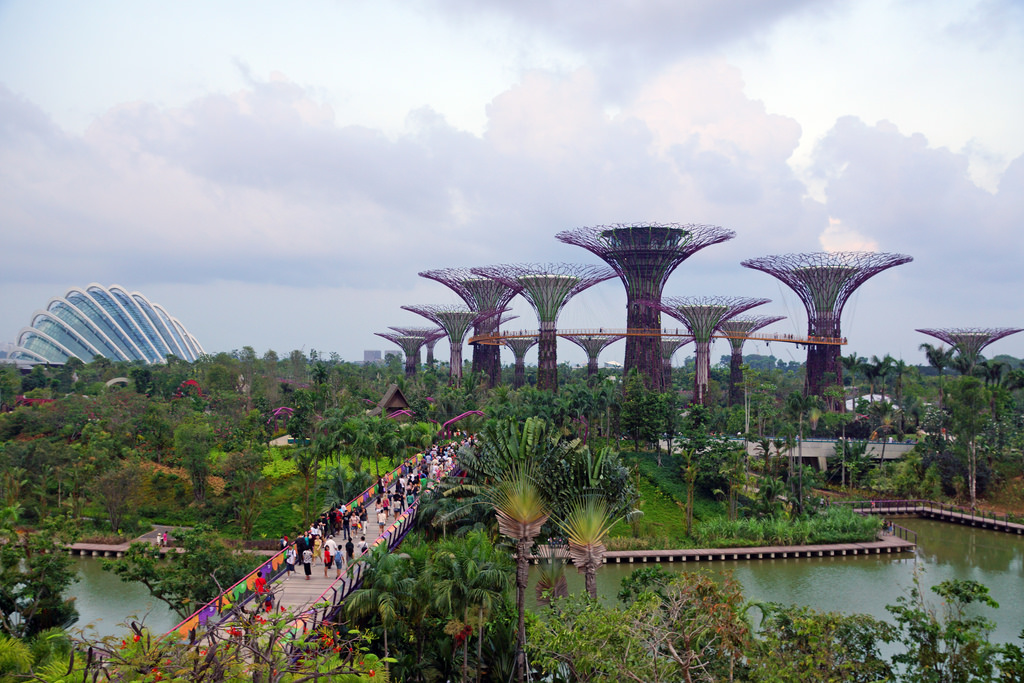 Gardens by the Bay is a recent addition to Singapore’s tourist attractions, but is one that gardeners won’t want to miss visiting. Open less than a decade, Gardens by the Bay is built on reclaimed land in central Singapore. It consists of three gardens: Bay Central, a garden with a waterfront walk that will eventually connect the other two gardens; Bay East, which is opening in phases as sections are completed, and Bay South, the largest garden, which showcases tropical horticulture and includes tree-like structures up to 50 meters (160 feet) high that dominate the Gardens’ landscape.

Travelers on a budget will appreciate the Singapore Botanic Gardens as most of the gardens are free; there is only a charge for the National Orchid Garden, the most visited section of the garden. The garden contains more than 60,000 species of plants and animals, and is home to the world’s first children’s garden. Past visitors rave about the tropical greenery of the gardens.

Travelers who enjoy nightlife but are tired of the club scene should head over to Night Safari where nocturnal, not party, animals are on display. Since it opened in 1984, it is one of Singapore’s top attractions, with more than one million people annually enjoying a tram ride through seven of the world’s geographic regions. Visitors also can take a trail walk to learn more about animal habits while another section features a show on the organization’s work to preserve threatened species through captive breeding programs. Three restaurants features menus and entertainment that reflect life in the jungle or rainforest. 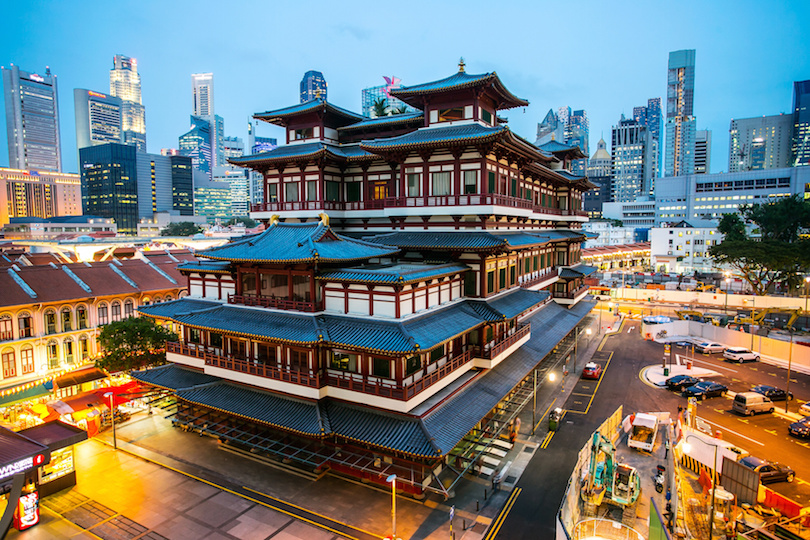 The Chinese build temples to a lot of gods and other things, but the Buddha Tooth Relic Temple is one of the more unusual. In the late 1980s when a Buddhist temple was first proposed for Singapore’s Chinatown, it was supposed to become a more traditional temple. Somewhere along the line it became the Tooth Relic Temple, a home for a tooth relic from Buddha. The temple, located in central Chinatown, also features other arts and culture of Singaporean Buddhists.

The Singapore Flyer is a giant Ferris wheel, only with benefits, that only start with the stunning views below. Cars hold up to 28 people as they circle above the city. When it opened in 2008, it was the highest Ferris wheel in the world, reaching 165 meters (541 feet) up into the Singaporean sky. With advance notice, the Flyer can accommodate disabled guests in wheelchairs. Located on Marina Bay, the Flyer’s terminal has three floors of restaurants, shops and other services. 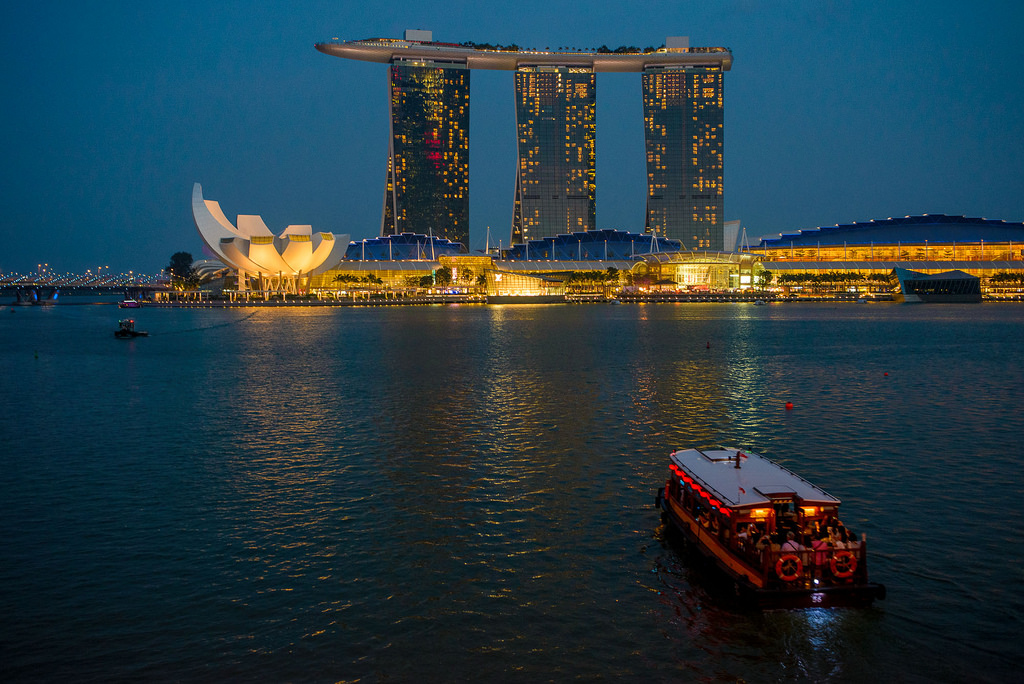 If construction costs are a traveler’s bag, then they’ll delight in seeing the Marina Bay Sands, a resort that cost US$5.7 billion to build, making it the world’s most expensive building when it opened in 2010. The Marina Bay Sands is an integrated resort that has it all, a luxury hotel, restaurants, an endless collection of shops, a convention center that is one of the largest in Asia, theater, an Art Science Museum and other entertainment centers. It also has an indoor skating rink made with synthetic ice.