Home » News » Around the World » 10 Top Tourist Attractions in Kyoto

For more than one thousand years, Kyoto served as the capital of Japan. It may not be the largest city in the nation, but it is one of the most historic.

22/02/2019 15:45
Chia sẻ
While thoroughly modern architecture is visible throughout Kyoto, just a little exploration will reveal a world of ancient landmarks and temples. On your next trip to Kyoto, plan to see as many of these top tourist attractions in Kyoto as your schedule will allow. 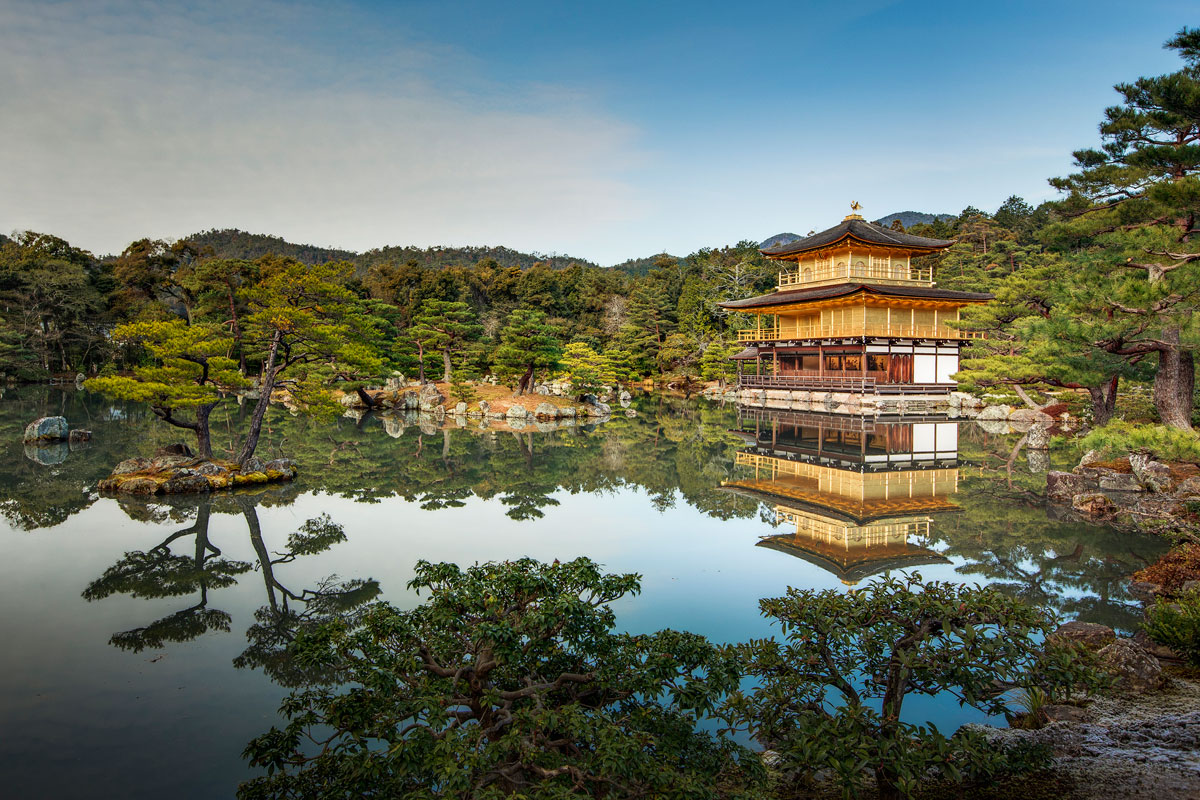 One of the most famous buildings in all of Japan is the Golden Pavilion, better known to locals as Kinkakuji. This Zen Buddhism temple was originally a privately owned structure, but toward the end of the 14th century it was converted to a temple. The temple has three stories, and they seamlessly incorporate three major Japanese styles of architecture: Samurai, Zen and Shinden. Yellow and gold coloring, not to mention the bright bronze phoenix ornament on the apex of the roof, helps give the Golden Pavilion its name. Surrounding the temple are beautiful, manicured gardens, some of which are designed to show the harmony between heaven and Earth. 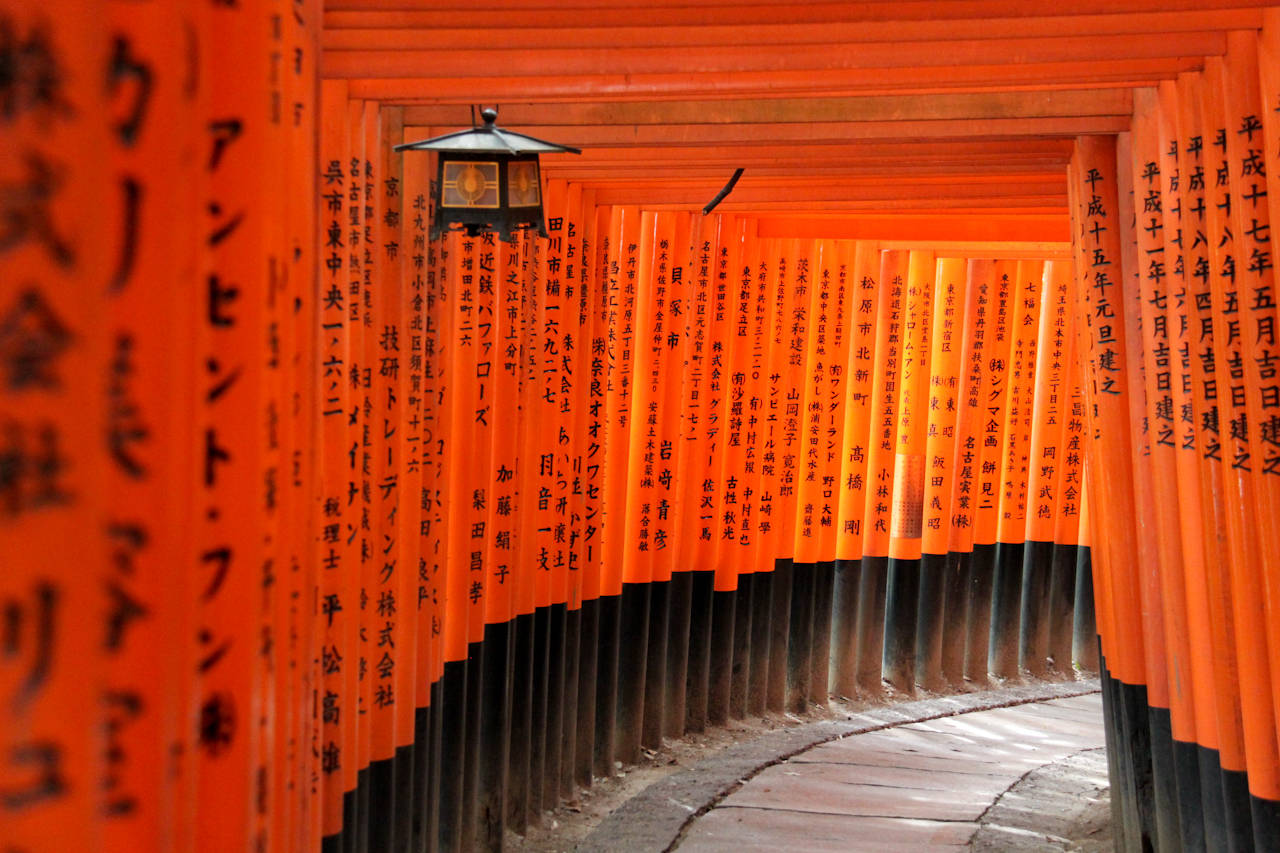 It is possible that the Fushimi Inari Shrine is the most impressive landmark in all of Kyoto. In reality, it is not just one shrine, but the head shrine (taisha) for 32,000 Inari shrines across Japan. Stretching 230 meters (750 feet) up the hill behind it are hundreds of bright red torii (gates). You could easily spend several hours walking up the hillside, taking in the beautiful views of the city of Kyoto and walking through the torii, which appear luminescent in the late afternoon sun. This shrine still holds incredible religious and personal significance to local residents. During the Japanese New Year, millions will come to pay their respects. As you approach the shrine, look for vendors selling the sweet tsujiura senbei, a kind of cookie local to the area and believed to be an early predecessor of the American fortune cookie. 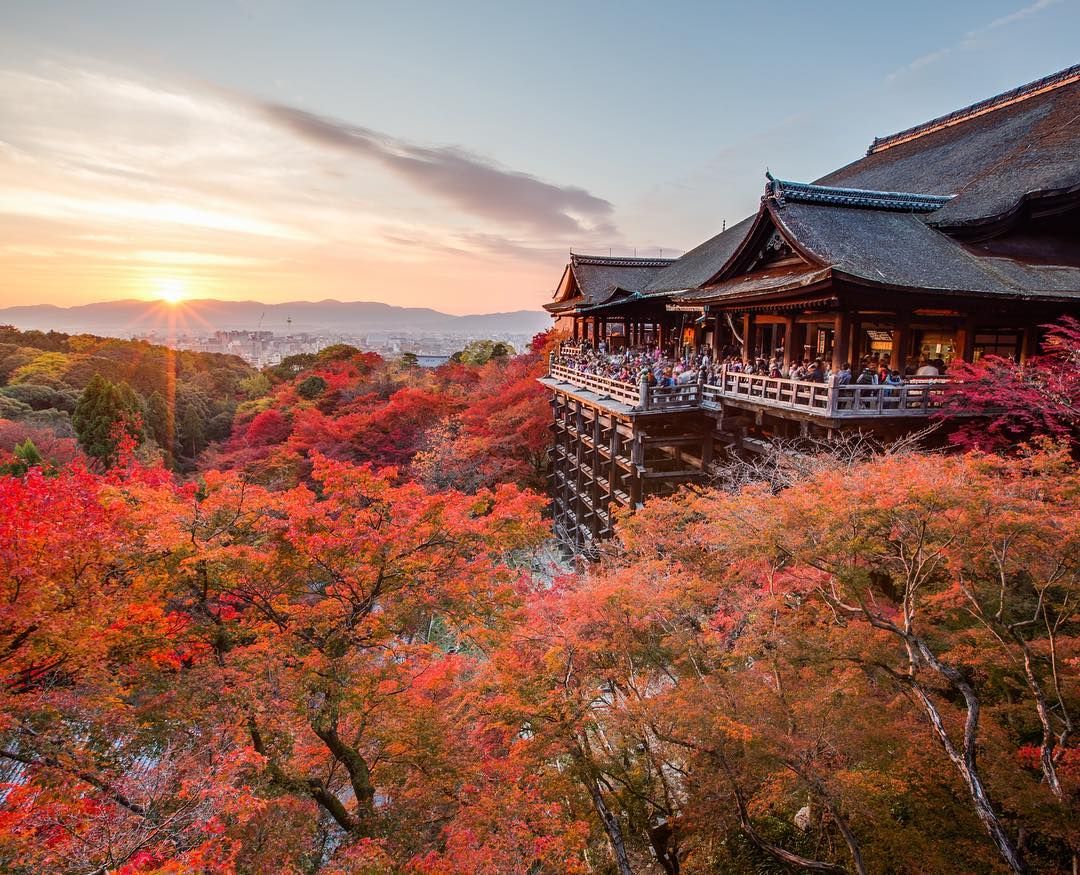 Kiyomizu-dera is a Buddhist temple that dates back to the eighth century. The current buildings of the temple, however, were primarily constructed in the 16th century. Amazingly, not a single nail was used in its construction, relying instead on intricate and advanced woodworking and architectural skills. There is a waterfall within the temple complex, which is where the name Kiyomizu-dera comes from. An old ritual relating to the temple is the idea that jumping nearly 10 meters (30 feet) from the stage would grant the jumper a wish. Due to some fatalities, this practice has been banned at the temple. If Kinkakuji is the Golden Pavilion, then Ginkakuji is the Silver Pavilion. Ginkakuji Temple is another Zen design that was completed in 1490. Originally, the structure was supposed to be a kind of villa for retirees, but after the death of the owner it changed hands and became temple. The temple boasts two stories, but it is not actually silver. There were originally plans to decorate the exterior with silver leaf, but those plans fell through. The nickname Silver Pavilion, however, lives on despite its actual hue. 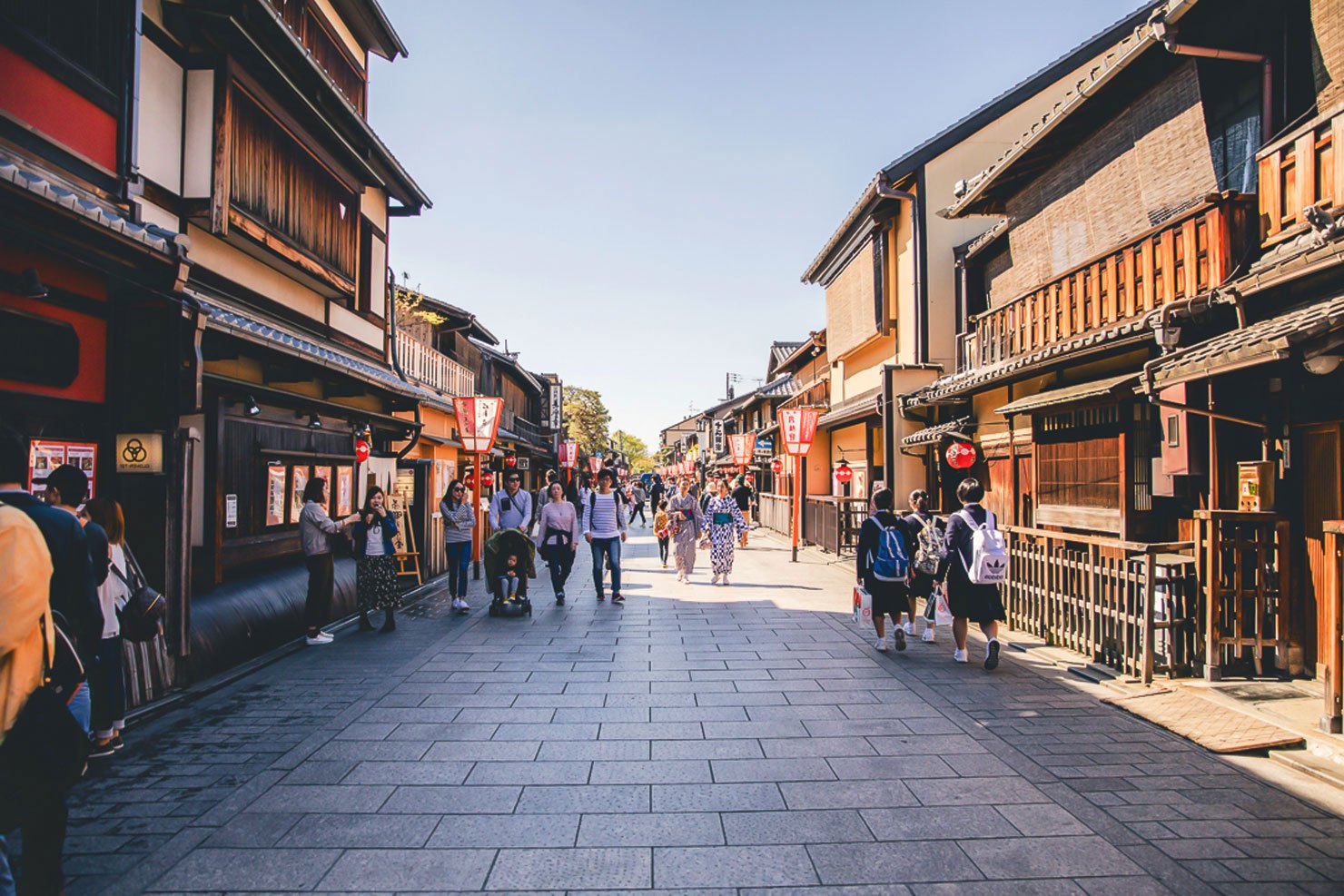 As far back as the middle ages, Gion District has been an iconic, historic place in the heart of Kyoto. Today, on the banks of the Kamo River, it is one of the few remaining places in Kyoto, and indeed in Japan, where you can participate in the traditional teahouse rituals or even see geishas. Gion is the place to make reservations for a full traditional tea service or even a meal, because you can arrange for a private audience with maiko or geiko, the two types of Japanese hostesses and entertainers known commonly as geisha. 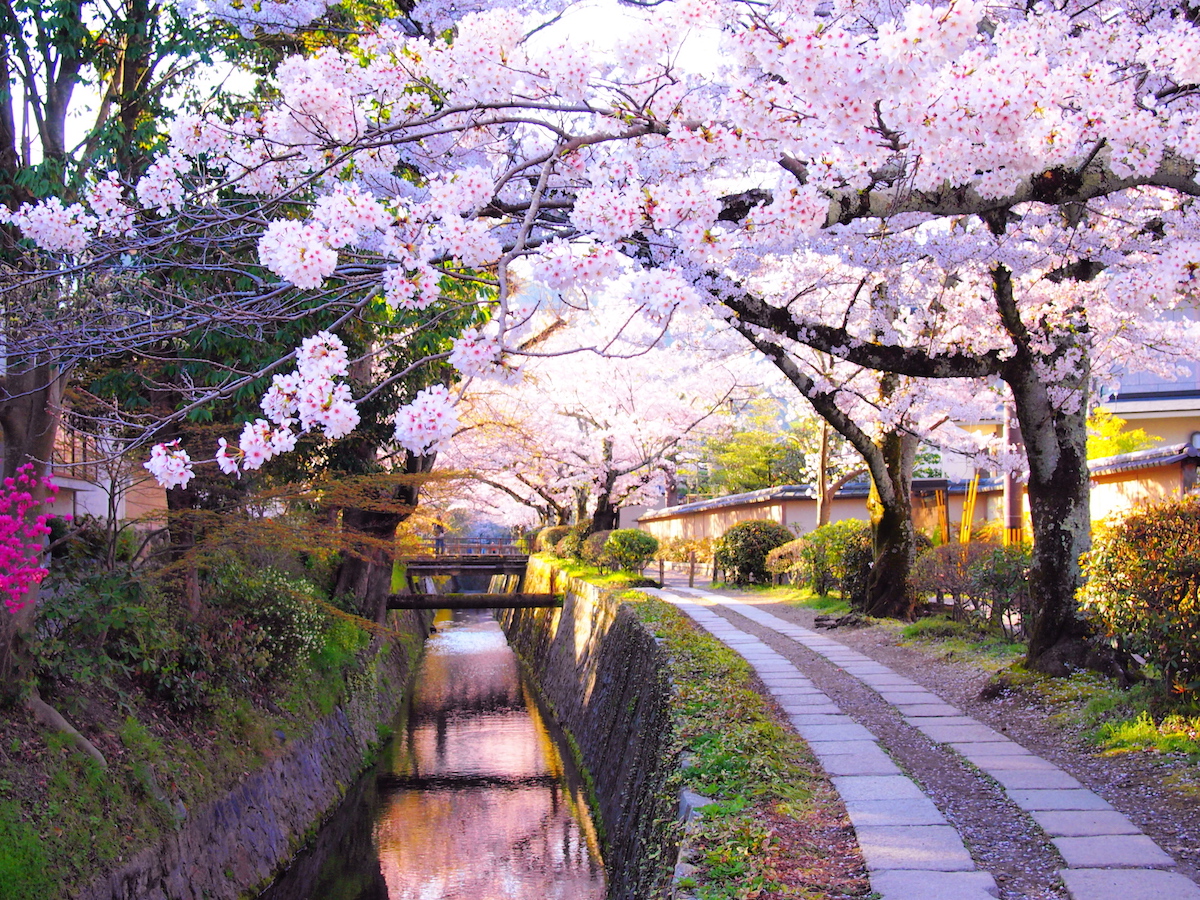 The Philosopher’s Walk is a simple pedestrian trail that runs alongside a canal in Kyoto. On either side of the walkway stand cherry trees, giving the route a mystical and particularly scenic appearance. The Philosopher’s Walk is shorter than two miles, but it passes by a number of important shrines and temples. An iconic Japanese philosopher named Nishida Kitaro used to walk along this stretch daily as a form of meditation, which is where the name Philosopher’s Walk originated. However, you don’t have to be a philosopher to admire the views, get great photos of the cherry trees and see a number of tourist attractions in Kyoto within a hour’s walk. 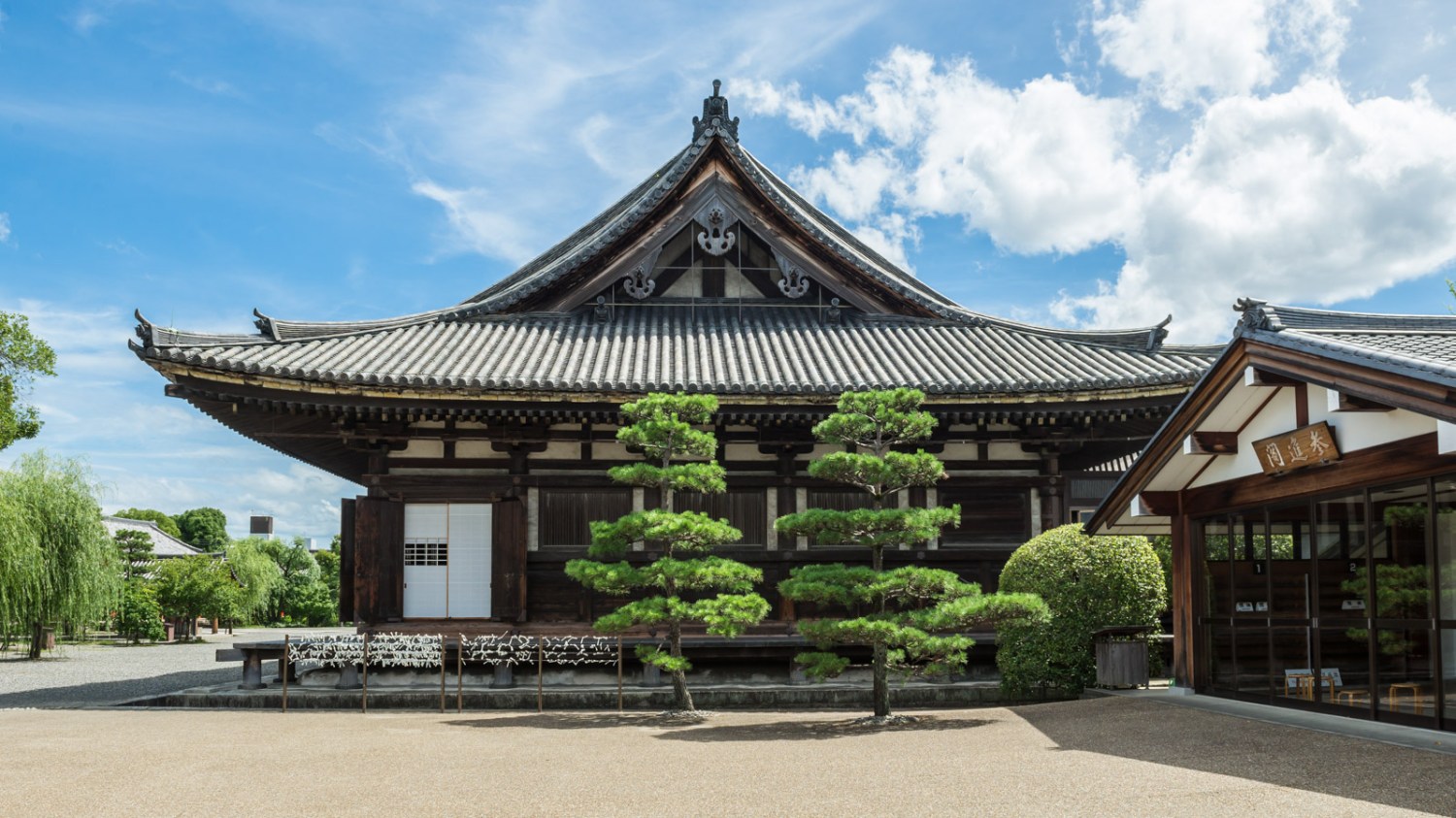 Sanjūsangen-dō, or the Sanjusangendo Temple, is an incredible Buddhist landmark in Kyoto. Constructed in the 12th century, the temple was once home to archery tournaments and even duels that have since become Japanese legend. Of particular note as you approach the temple will be the 28 guardian deity sculptures, which have origins in Hinduism. This suggests a fluidity of religions and pan-Asiatic influences which have sparked significant research. The temple as a whole is home to more than 1,000 statues, including some that stand at more than 3 meters (11 feet) tall. 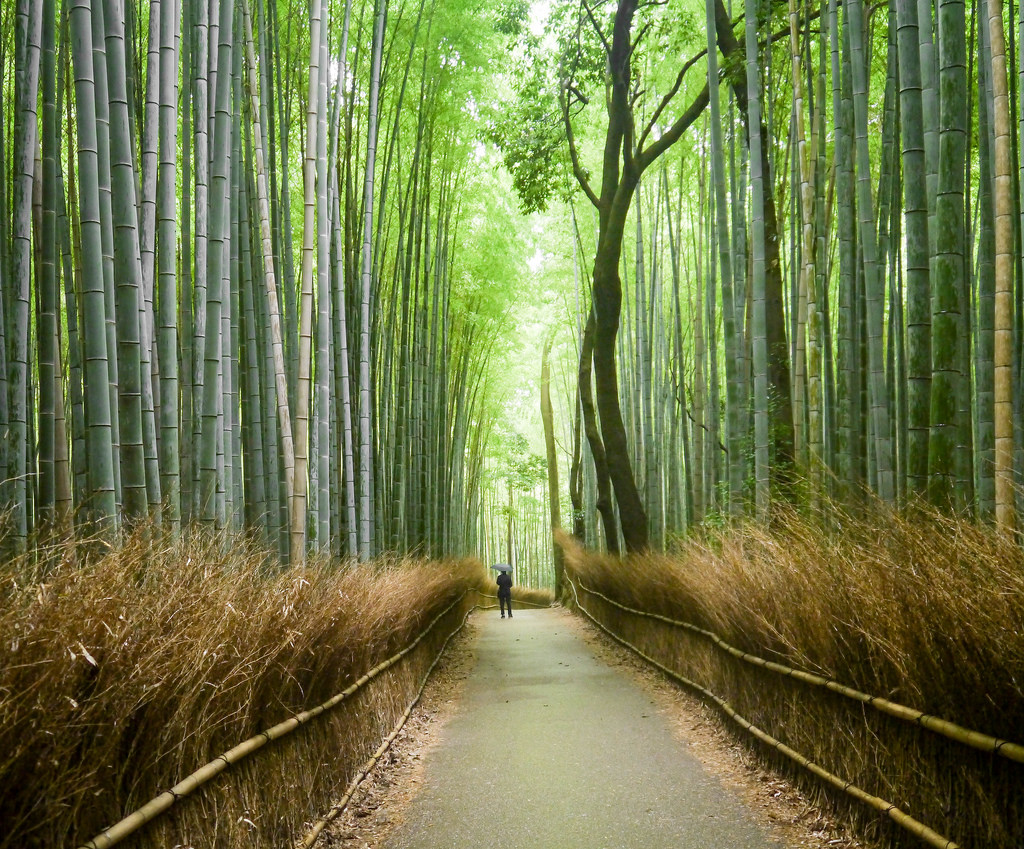 Arashiyama is a district on the western outskirts of the city, and it is where you can find an array of temples and landmarks. One of the district’s most popular attractions, however, is undoubtedly the famed bamboo forest. This is an amazing, almost surreal experience where you can stand next to thousands, or perhaps millions, of green bamboo stalks growing straight up into the sky. To top it all off, the Arashiyama Bamboo Forest is home to a number of monkeys who are quite friendly and will come greet you as you stroll along the grove. 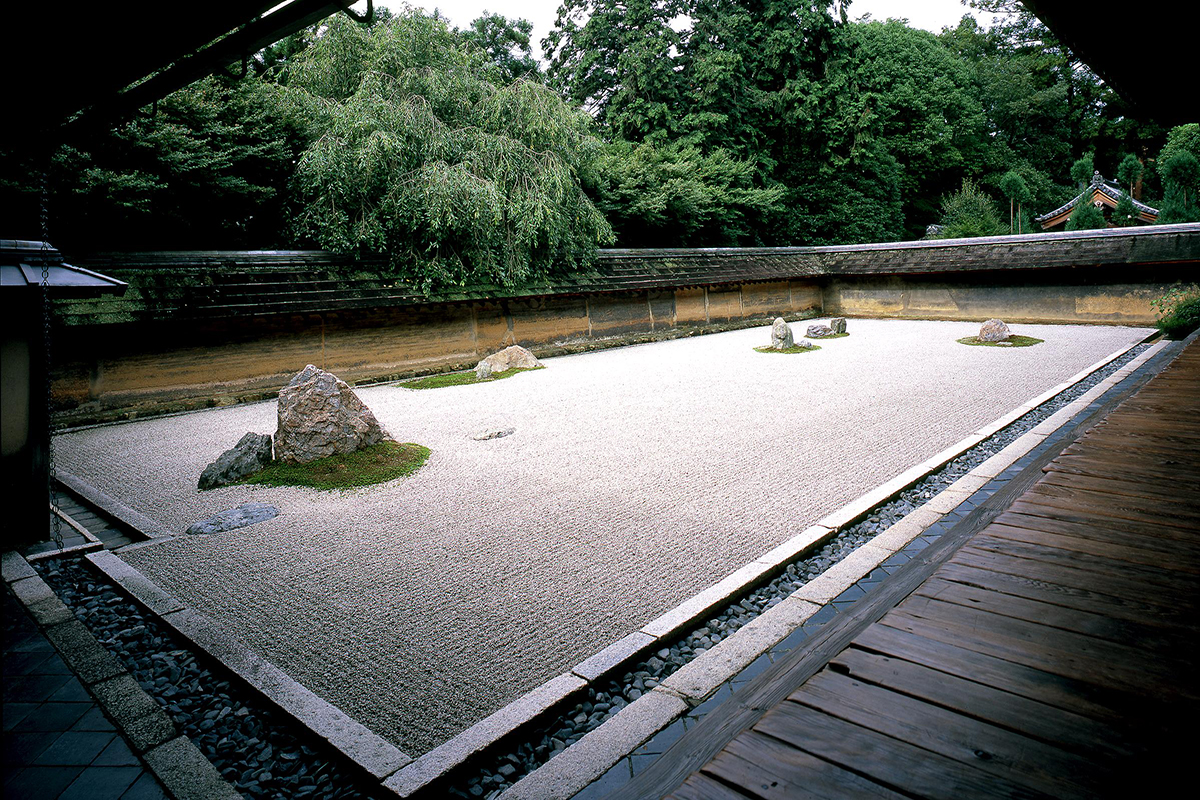 Ryōan-ji is a Zen temple in North Kyoto. It is one of the few examples that still remain of an art form known as dry landscape, or kare-sansui. This art is a type of Zen garden that features a bed of small, smooth pebbles and a few larger, distinctive rock formations The garden at Ryoanji features a collection of 15 carefully placed rocks, apparently adrift in a sea of sand, enclosed by an earthen wall. The temple itself dates back to the 11th century, and it served as a mausoleum for several of the Japanese emperors after their passing. While these tombs can still be visited, it is the large rock gardens that receive the most attention from visitors coming from across Japan and even around the world. 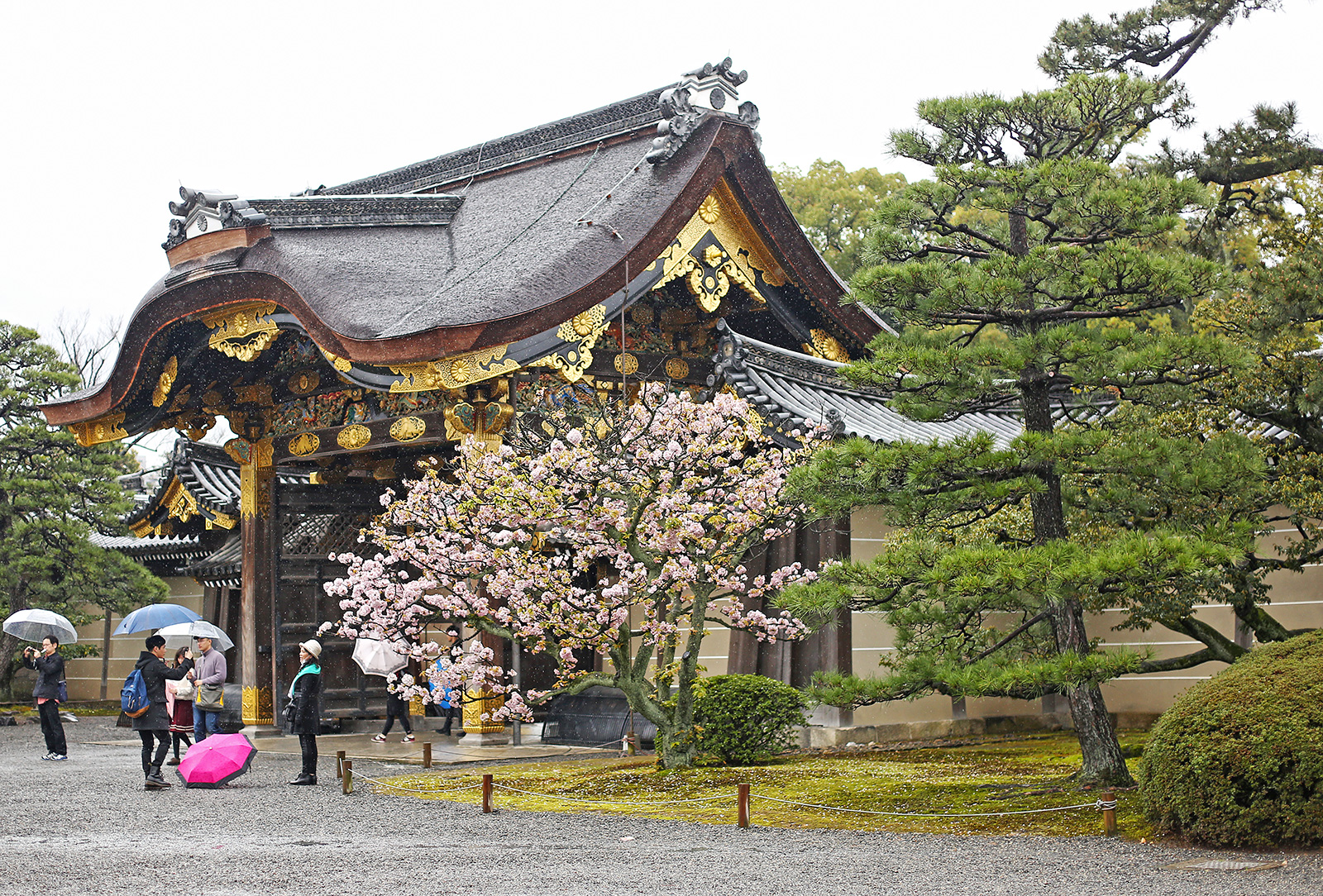 When most people imagine castles, they picture the Gothic stone palaces found in Europe. In Kyoto, however, Nijo Castle is actually made from wood. The design is highly unusual, being made up of two concentric rings, with a circular courtyard between the two. Nijo Castle was built in the 17th century, and all of the feudal lords in Western Japan were required to aid in the funding of its construction. The palace itself is made from cypress and gold leaf is used extensively in the decor. Don’t forget to look up when admiring the castle, because some of the ceilings are dotted with gold mosaics.