10 Most Captivating Atolls in the World

An atoll is a ring of coral that originally grew completely around the shoreline of an island, and which continued to grow upward on top of itself as the island subsided or eroded away.

24/10/2017 15:58
Chia sẻ
As reef building corals thrive only in warm waters, atolls are only found in the tropics and subtropics. In other words; atolls are made up of turquoise lagoons and colorful reefs teaming with marine life, offering picture postcard beaches and a Robinson Crusoe life style.

1. Atolls of the Maldives 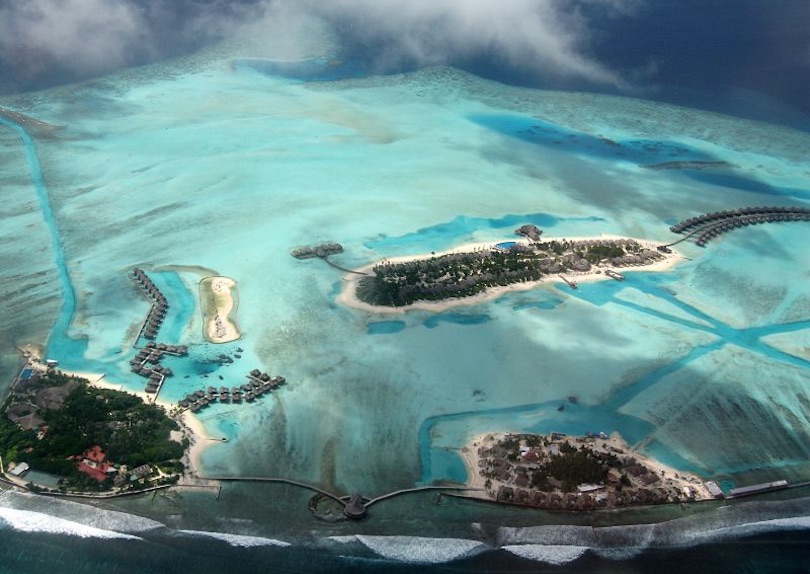 The tiny country of the Maldives in the middle of the Indian Ocean is made up of about 1,200 tiny coral islands grouped into 26 atolls. The word atoll actually comes from the the Dhivehi (a language spoken on the Maldives) word “atholhu”. With the highest point above sea level being around 2 meters (6.5 feet), the Robinson Crusoe life style is everywhere you look. The primary activity on the Maldives is scuba diving and snorkeling. The atolls are all coral reefs hundreds of kilometers away from any major landmass, meaning that water clarity is excellent and underwater life is abundant. Manta rays, sharks, even a few wrecks, you name it, you can find it in the Maldives. 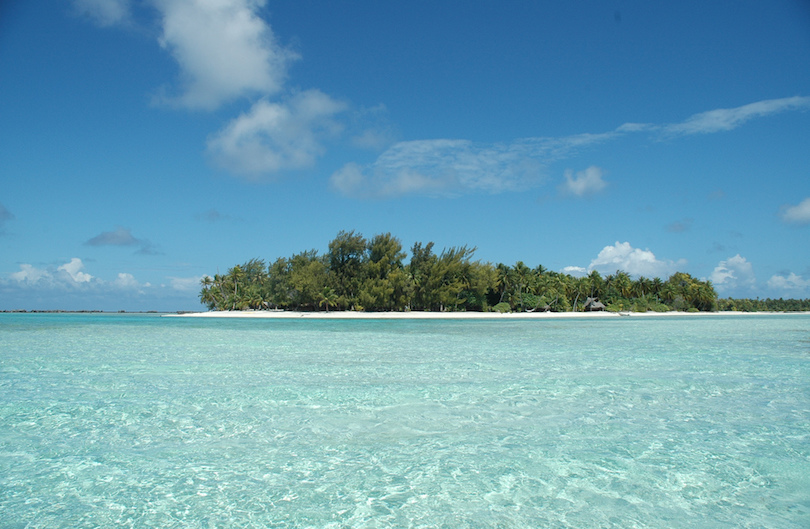 Rangiroa is one of the largest atolls in the world and the largest atoll in the Tuamotu Archipelago (see also Tikehau). Rangiroa is a major underwater diving destination because of its lagoon’s clear blue water and exceptionally diverse marine fauna. Popular diving sites include the Blue Lagoon, and Tiputa pass. Led by strong currents, sharks can remain motionless in the Tiputa pass and allow divers to observe them without any difficulty. Large manta rays, sea turtles, and dolphins can also be seen. Note that most of the beaches in Rangiroa are made up of very chunky coral. 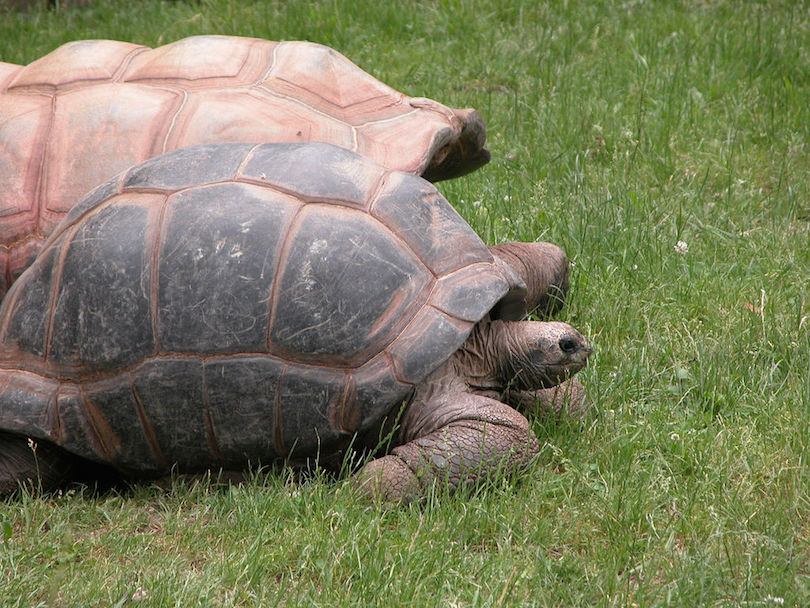 Aldabra, is one of the Outer Islands of the Seychelles more than 1,100 kilometers (700 miles) from Mahé, the largest island of the Seychelles and is closer to the coast of Africa. It is the second largest atoll in the world after Kiritimati. Due to difficulties of access and the atoll’s isolation, Aldabra is virtually untouched by humans and thus retains some 152,000 giant tortoises, the world’s largest population of this reptile. 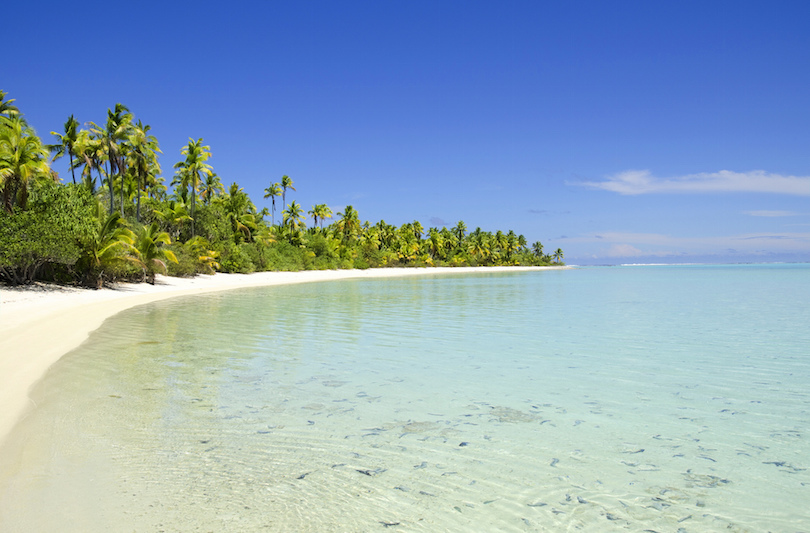 Aitutaki Atoll consists of a number of volcanic and coral islets around a triangular lagoon. The lagoon and its islands are breathtakingly beautiful. The classic picture postcard of small palm tree fringed tropical island, with shallow, warm turquoise waters, corals, tropical fish and blue skies can be found right here. The most popular attraction is Tapuaetai (One Foot Island), a small islet in the south-east of the lagoon. We ranked Tapuaetai as one of the 10 most awesome beaches in the world. In 2006, Aitutaki was used as the location for the tribal council in “Survivor: Cook Islands”. Surrounding islets were used for tribal camps and crew locations. 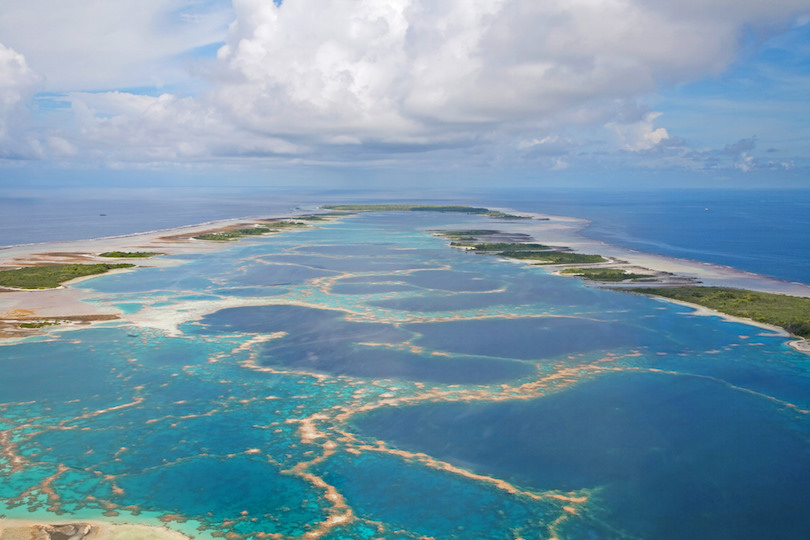 First sighted by Europeans in 1606, Caroline Island is part of the Republic of Kiribati. Despite more than 300 years of occasional human impact, the island is one of the world’s most pristine tropical islands and has been rated as one of the most unspoiled atolls in the world. Caroline Island and its neighbor, Flint Island, are also home to some of the world’s largest populations of the huge coconut crab. As Caroline Island only extends six meters above sea level, it is in danger as sea levels rise and it could be reclaimed by the sea as soon as 2025. 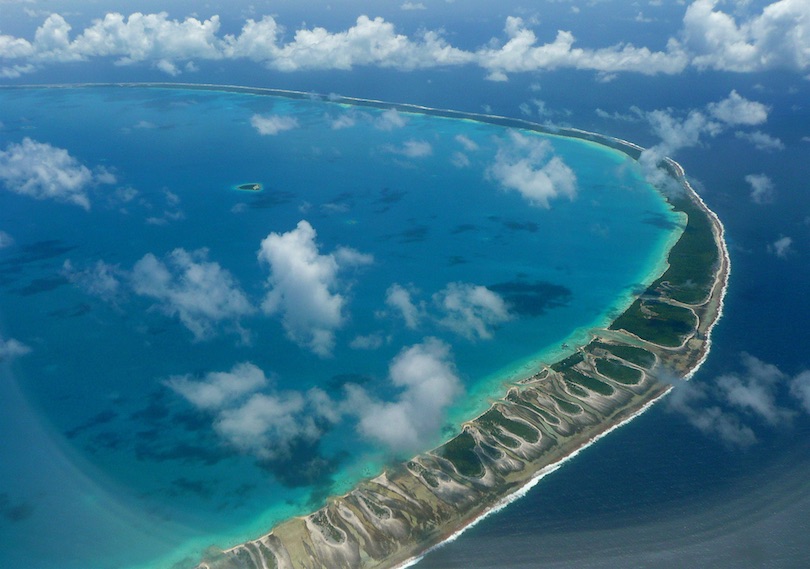 Tikehau is part of the Tuamotu Archipelago, a chain of atolls spanning an area of the Pacific Ocean roughly the size of Western Europe. Tikehau is undoubtedly a picture postcard with its long ribbons of white or pink sandy islands, inside of which a turquoise lagoon shelters the most amazing variety of fish. In fact the density of the fish in the lagoon is so high that Jacques Cousteau’s research group declared it to contained the highest concentration of fish among any other place in French Polynesia. Three of the four atolls in the western hemisphere can be found in Belizian waters, the fourth atoll lies just north in Mexican waters. Lighthouse Reef is probably the best known of these atolls due to the Great Blue Hole that can be found near its center. The most popular dive site in all of Belize, the Great Blue Hole offers divers interesting observations of limestone formations that mold its walls. The deeper one dives into the Blue Hole, the clearer the water and the more breathtaking the scenery, as the array of bizarre stalactites and limestone formations become more complex and intense. 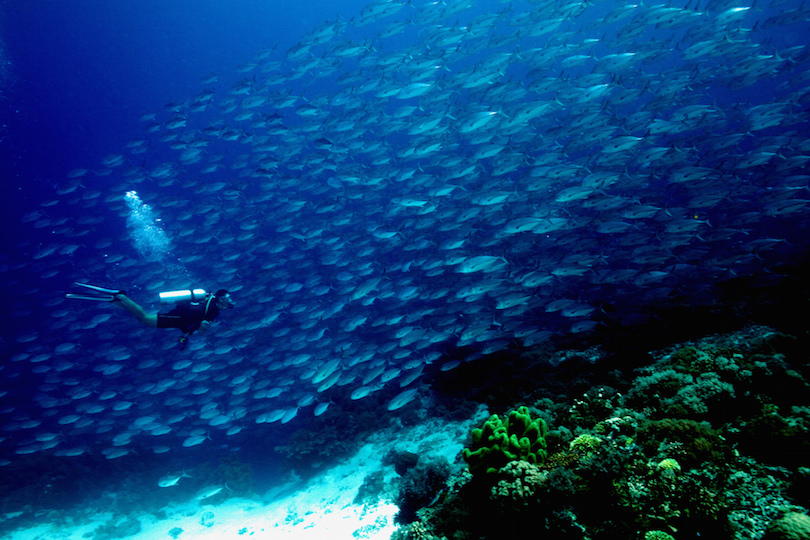 Tubbataha Reef is one of the best scuba dive destinations in the Philippines. The reef is made up of two atolls, North Atoll and South Atoll, separated by a deep channel of approximately 8 kilometers wide. It has become a popular dive site because of its coral “walls” where the shallow coral reef abruptly ends giving way to great depths. These “walls” are not only wonderful diving spots but they are also wonderful habitats for many colonies of fish There are no permanent inhabitants and the reef is only visited by fishermen and divers. 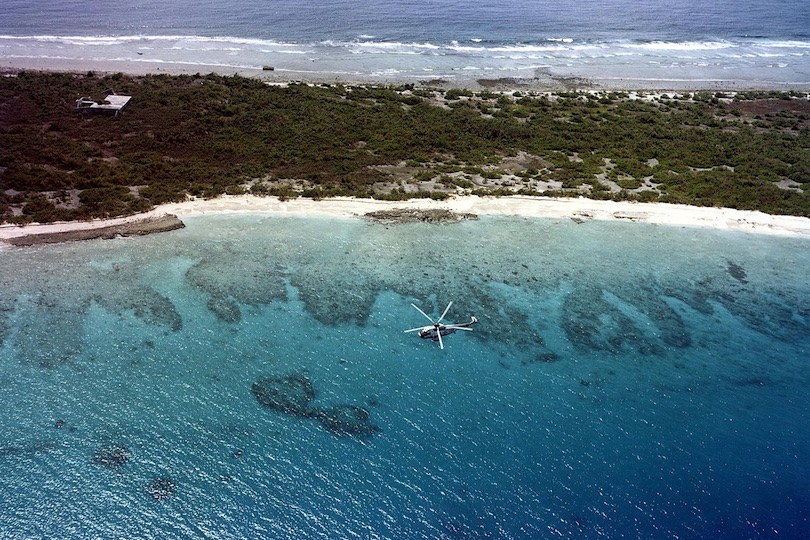 Bikini Atoll is famous for two things: First the bikini swimsuit was named after the atoll in 1946. Second, as part of the Pacific Proving Grounds it was the site of more than 20 nuclear weapons tests between 1946 and 1958. The indigenous people were relocated in 194 and have remained in exile on other islands. Today, the islands are safe to visit, and background radiation is now less than most large cities, but the soil still contains dangerous levels of radioactive material. Fish are unaffected, and are in abundance due to lack of fishing. Most visitors travel to the atoll to dive the wrecks from the 1946 tests, resting on the lagoon floor. 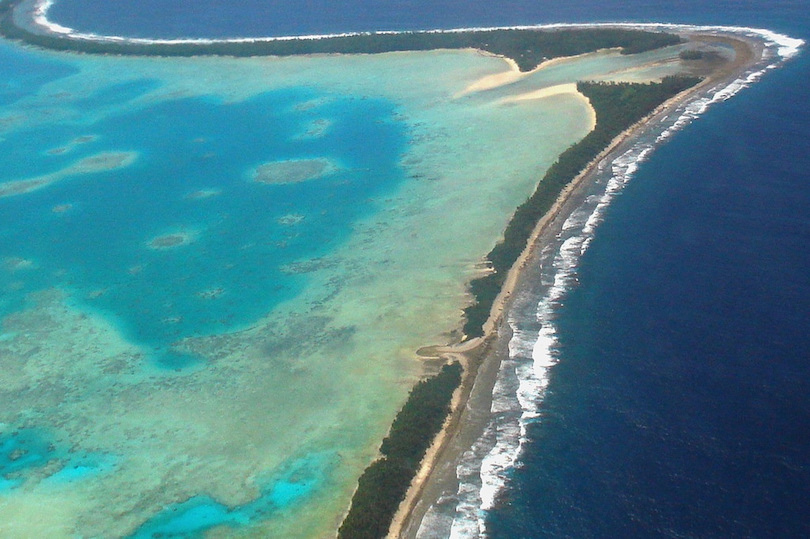 Tuvalu is an island nation located in the Pacific Ocean, midway between Hawaii and Australia, probably best known for its “.tv” internet domain name. It is the second-least populous sovereign state in the world, with only Vatican City having fewer inhabitants. Because of the country’s remoteness, few tourists ever visit Tuvalu. It’s capital Funafuti is a small coral atoll; the width is only about 20 meters (66 ft) at the narrowest parts, and about 400 meters (1300 ft) at the widest part of the island. It has an estimated population of 4,500 and is a low key place. There is a cluster of administrative buildings near the air terminal along with a beautiful church and one hotel.