10 Most Amazing Destinations in Northern Germany

13/06/2017 15:41
Chia sẻ
Although hotspots like Munich and Frankfurt are definitely worth exploring, you won’t want to miss the many great cities found further north. Northern Germany boasts an array of lesser-known destinations like the port city of Lübeck, the bustling city of Hamburg and the Gothic city of Stralsund. Enjoy your time in Deutschland by exploring these fantastic and unforgettable destinations in Northern Germany. 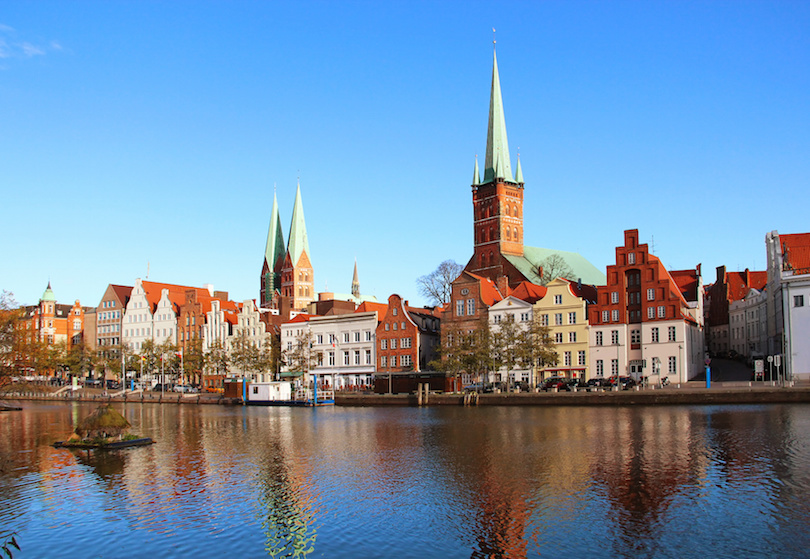 With a location on both the Trave River and the Baltic Sea, Lübeck has a long history as one of Northern Germany’s most important ports and trade destinations. For visitors, Lübeck offers plenty to do, see and explore, much of it within the Altstadt, or Old Town. There, you will find the brick Gothic Marienkirche, the Heiligen-Geist-Hospital, the 12th century Rathaus and the Willy Brandt House, which is now a museum to the man’s life and politics. Arguably the most iconic structure in the city is Holstentor, a gigantic gate with two towers that served as the entrance to Lübeck in medieval times. The second largest city in Germany is Hamburg, an enormous port and a capital of culture and history in the region. There is plenty to enjoy in Hamburg, both in terms of views, culture and the general high standard of living Hamburg grew to be known for. Don’t miss the Kuntshalle, the Museum of Arts and Crafts, the International Maritime Museum or the Hamburg Museum. Hamburg has more bridges than Venice, London and Amsterdam together, so try a guided boat ride to see as many of them as possible. You can also catch a sporting event in Hamburg, watch a performance at the Deutsches Schauspielhaus or enjoy some drinks and nightlife in the Sternchanze district. 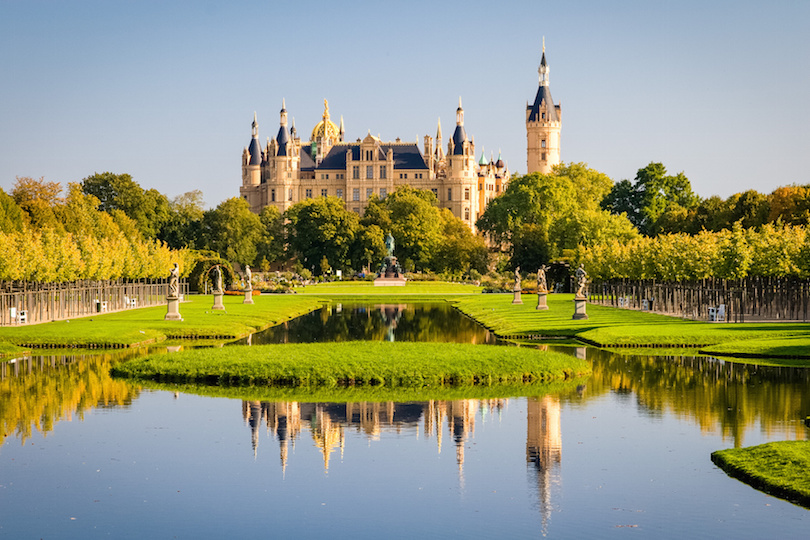 The capital of the province Mecklenburg-Western Pomerania is Schwerin, a beautiful yet quiet city known for its castles and lakes surrounding the city. The highlight of a visit to Schwerin is the enormous Schwerin Castle, which is now home to the state parliament. Nearby, you can admire the Schwerin Art Collections and the beautiful Alten Garten. If you’re in the mood for great views and a quick workout, pay a small fee to walk all the way to the top of the city’s cathedral and soak in breathtaking vistas of the entire region. 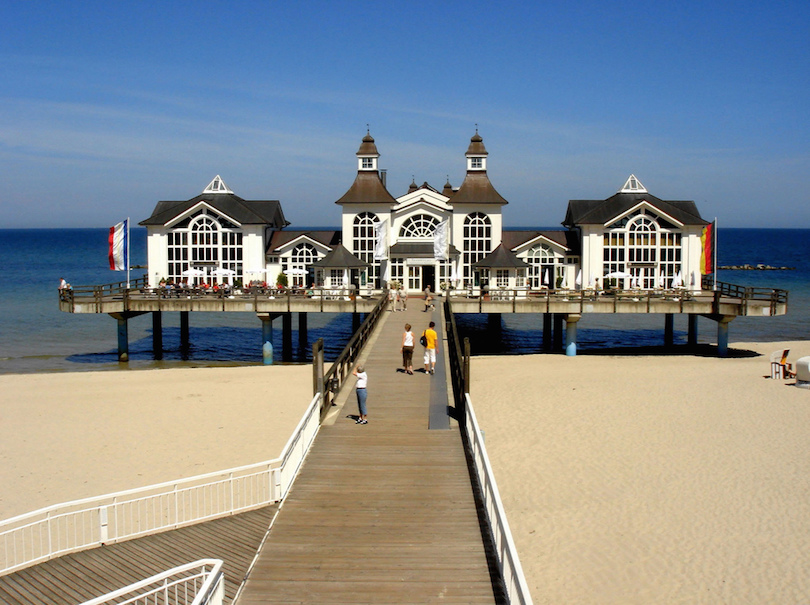 In the Baltic Sea off the northern coast, you’ll find Germany’s largest island. Rugen Island is known for being a place of relaxation and scenic beauty, and it boasts an array of gorgeous beaches and breathtaking cliffs. Outdoor recreation is the biggest draw to Rugen Island, and while you’re there you can ride horses, hike along the chalk cliffs of Königsstuhl or take a ride on the traditional Rasender Roland, a narrow-gauge steam railway. Since Rugen Island is surrounded by water, seafood is definitely what you’ll want to order from the area’s many restaurants. Be sure to try the local specialty called fischbrötchen, or pickled herring on a fresh bread roll. 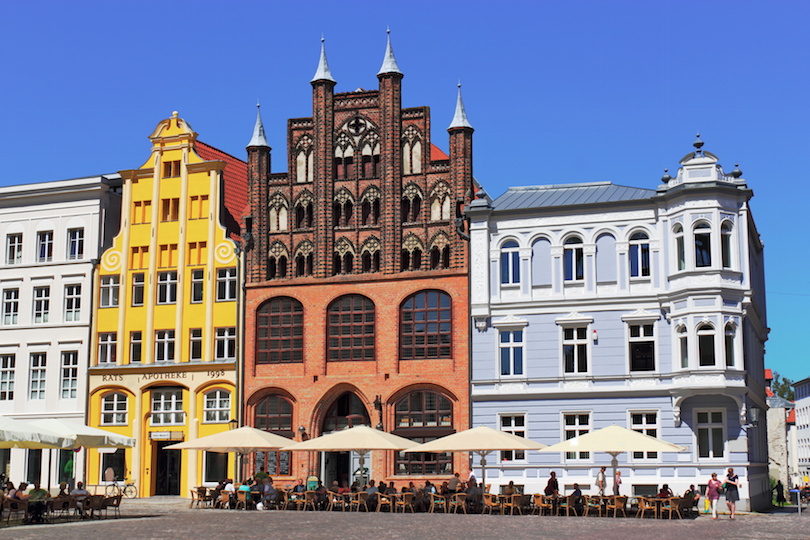 Anyone who enjoys history or unique architecture will love visiting the city of Stralsund. This Northern German city is packed with Gothic architecture, and many of the local pharmacies, shops and restaurants are housed in old churches or medieval buildings. Stralsund is a port, and one of its docks is home to the ship Gorch Fock, an old German sailboat that was sunk and then brought up and used by the Russians after World War II. Today, visitors can tour the ship and see what life was like for sailors of the past. Also worth seeing in Stralsund are great museums like the Museum of Cultural History and the impressive and contemporary Oceanographic Museum and Aquarium. 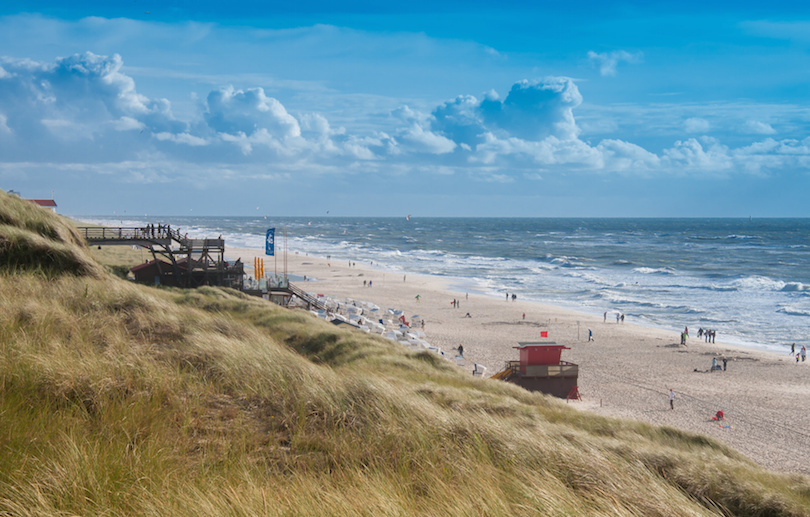 One of Germany’s most popular islands is called Sylt, which belongs to the Frisian Islands group and is now a well-known resort destination for Germans. Sylt boasts a wonderful combination of rustic scenery and modern accommodation. A short walk from thatched roof cottages and open fields, you can make a splash at the beach and stay in a contemporary hotel suite. It is also popular to rent bicycles and tour the island that way. Seafood is on every restaurant’s menu, and you won’t want to leave without trying the iconic fish burger of Sylt. 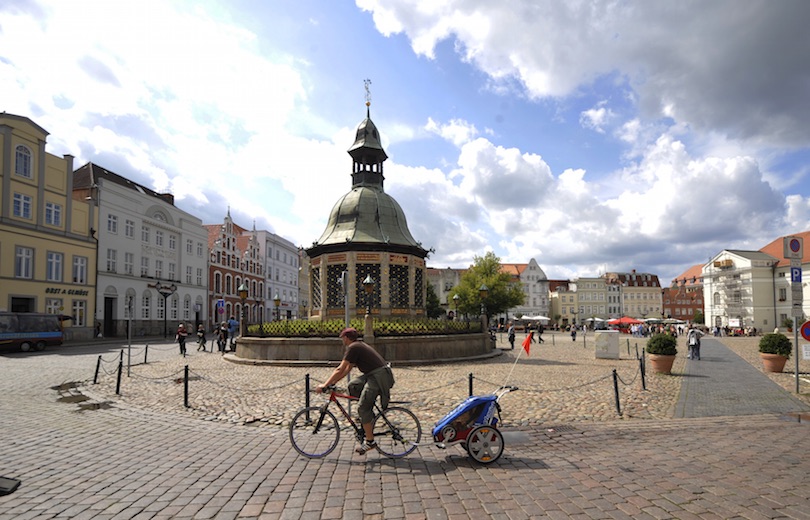 This port city on the Baltic Coast is another fascinating destination in Northern Germany loaded with historic architecture that is surprisingly well preserved. As part of the Hanseatic League, Wismar has been under Swedish rule at times, giving a diverse cultural atmosphere to the city to this day. Top attractions to see in Wismar include the 16th century Dutch well and art installation called Wasserkunst, the 14th century brick church called St. Nikolai, the large central plaza called Am Markt and the 18th century Baumhaus made from massive tree trunks and decorated with Swedish heads called Schwedenköpfe. Wismar is also a popular place for harbor cruises, which can be very scenic and romantic around sunset. 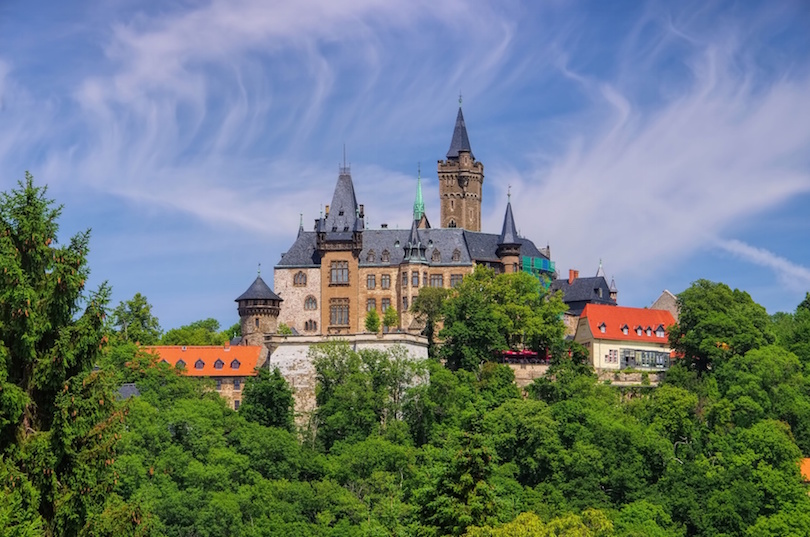 In the Central Uplands of Germany is the mountain range called Harz, which lies between the Elbe and the Weser Rivers. Because of the beautiful setting and the fantastic peaks, the Harz Mountains are home to several popular villages and towns. In Bad Harzburg, you can relax in local spas or ride the cable car to some of the mountains. In Wernigerode, you can you can tour a Romanesque castle and admire authentic timber-framed houses. Every winter in Goslar, the mountain town comes to live with a vibrant Christmas market. Other wonderful destinations to explore within the Harz Mountains include Thale, Braunlage and Stolberg. 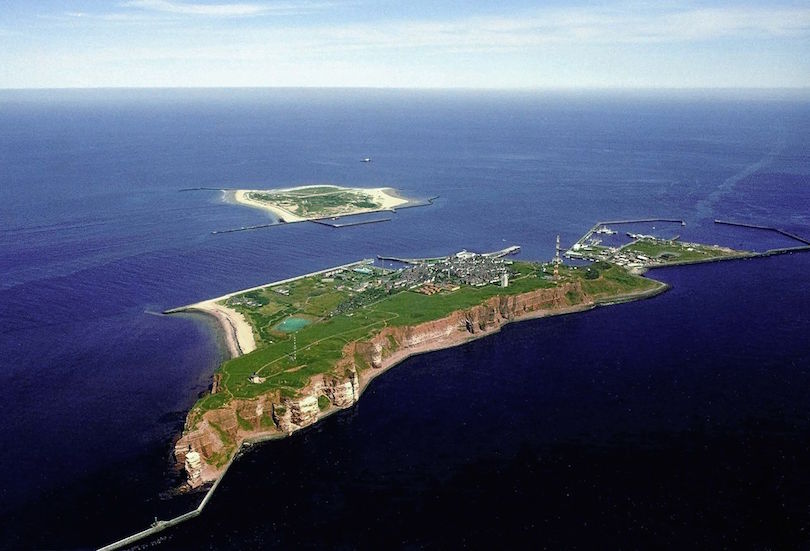 When you truly want to get away from it all, it is hard to imagine a more perfect spot than Heligoland. This island off the German coast is located in the North Sea, and it is known for its absence of car traffic. To get around, you’ll need to walk and the island is only accessible by boat or plane. Catamarans visit Hamburg daily, making it perfect for a day trip. Thanks to amazing scenery, photography is a popular pastime on Heligoland, and you’ll also want to make time for the local museum and the island’s historic bunkers. The nearby island of Düne offers fabulous beaches and clear waters. 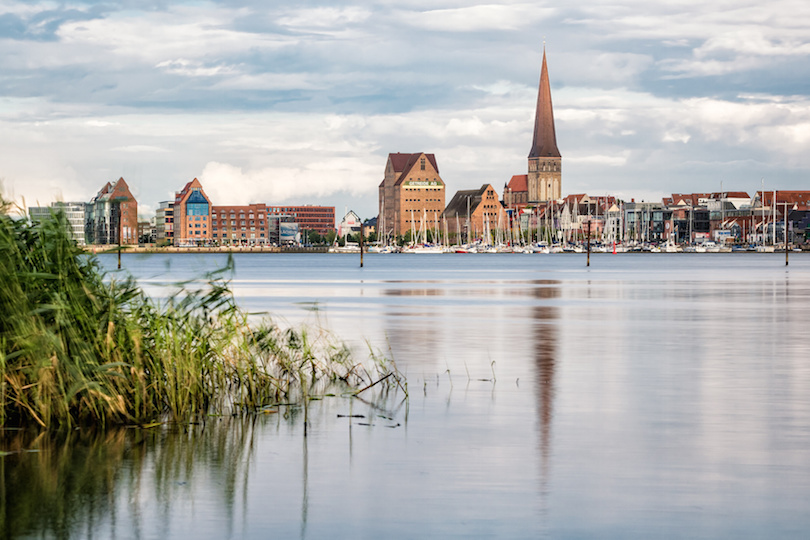 Though devastated in WWII and later thrashed by DDR planners, Rostock boasts several fun attractions like historic buildings, a zoo and one of the prettiest beaches in Germany. In the city of Rostock, make time to visit Petrikirche and climb its enormous tower, admire the remaining city gates and city walls called Stadtmauer and check out the City Hall. The Rostock Zoo is very popular with families, and the nearby Warnemünde beach, complete with historic lighthouse, is an amazing way to spend the day when the weather is pleasant (which isn’t very often unfortunately).