10 extreme travel adventures you can take around the world

We put together 10 locations around the world where you can find the extremes of all kinds — the hottest, coldest, highest, wettest, and more. At 5,495 feet tall, Mount Thor is not  the world’s highest peak , but it is the steepest. The most famous summit in Canada and made of pure granite, Mount Thor has a 4,101 foot vertical drop, at an average angle of about 105 degrees. Despite the fact the mountain is in a remote area, it’s a popular destination for avid mountain climbers. If taking on the peak is too much for you to handle, you can also visit the site and camp out instead. 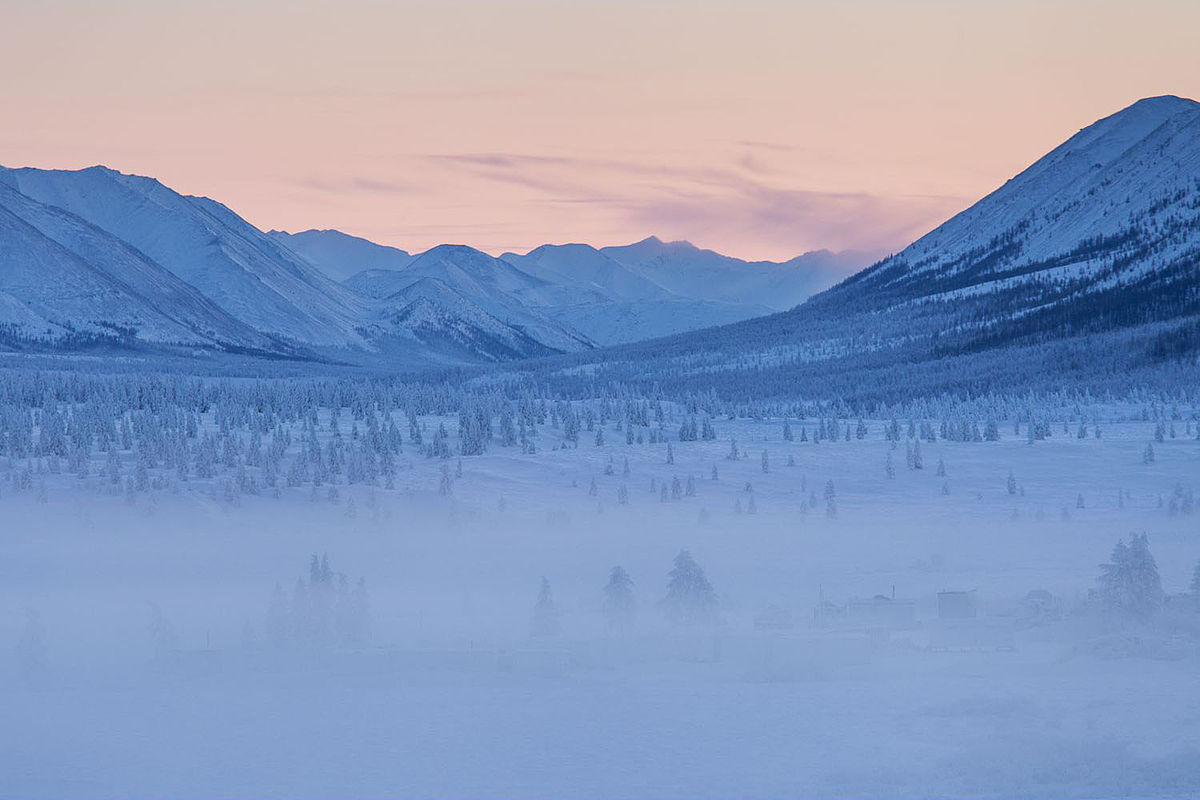 As the coldest inhabited place on earth (with a recorded temperature of -96.16 degrees F in 1924), the small Russian town of Oymyakon, with a population of 500, was once only used as a location for political exiles. Winter temperatures average at about -58 degrees F, which has  a serious on effect on body function . The ground is permanently frozen all year long and the town currently has only one hotel. Popular sports include skiing, ice hockey and ice fishing. You'll definitely need the right kind of sunscreen if you plan on traveling through this desert. According to both NASA and National Geographic, the Atacama Desert in Chile has soil comparable to that of Mars. (Fun fact: Mars scenes from the television series  Space Odyssey: Voyage To The Planets  were filmed here.) From October 1903 to January 1918, the Atacama Desert did not see so much as one drop of rain, making it the longest rainless period in the world’s recorded history. Sparsely populated, the Atacama Desert has several hotels to choose from that cater to tourists who come to explore the land. Most humans will never visit outer space, so our two best options for doing so are  taking a virtual tour of the International Space Station  or going to Mount Chimborazo. An inactive volcano that last erupted in approximately 550 AD, Mount Chimborazo stands at over 20,000 feet high. While Mount Everest is over 29,000 feet tall, due to the position of the mountain on the earth’s surface the peak of Mount Chimborazo is the furthest spot from the center of the earth. That also means that standing on it will put you closest to outer space than man can ever reach on foot. Its peak is completely covered by glaciers, but this mountain has several routes for climbers. 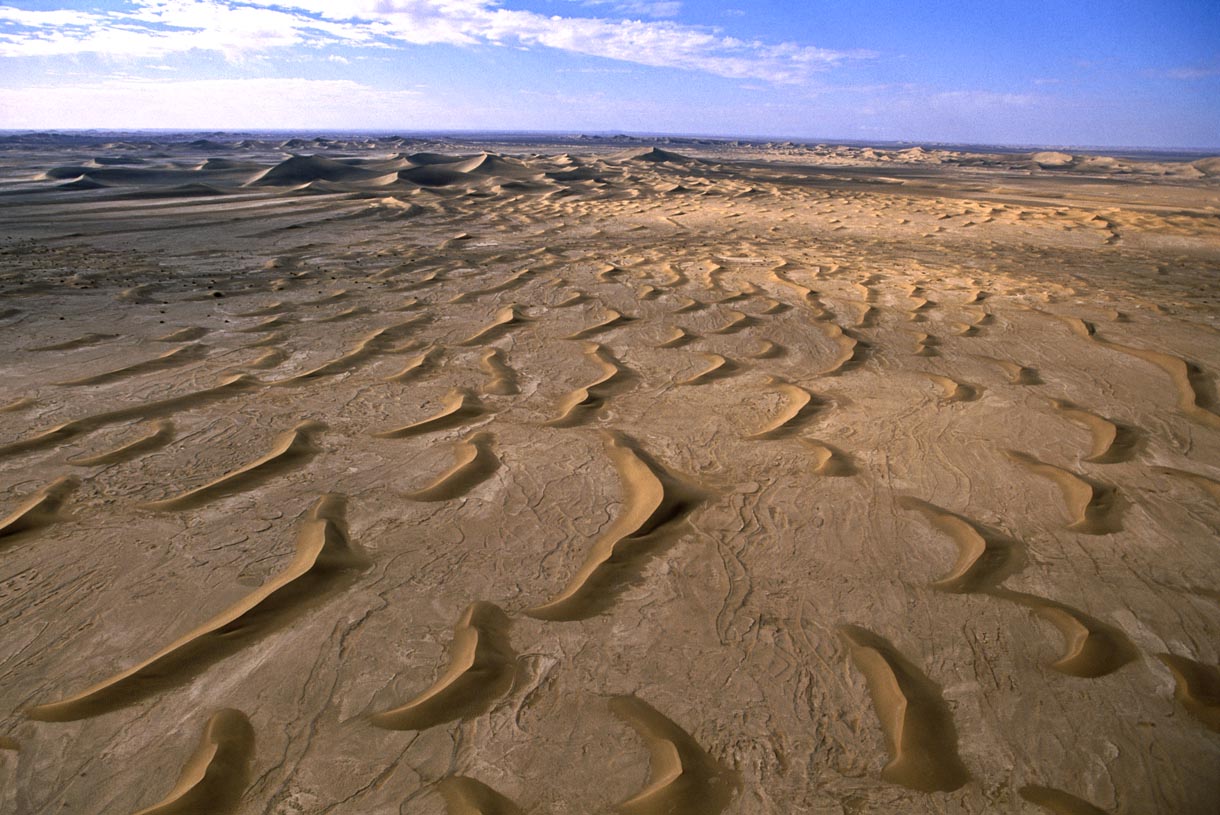 Here, temperatures soar as high as 158 degrees F, so it's important to have a game plan for staying cool and know the  signs of heat stroke  in case you develop symptoms. According to a local legend, the name Dasht-e Lut means “toasted wheat” in Persian, referencing a story about a load of wheat that burst info flames after being accidentally left out in the desert for a few days. Though tourists visit this desert land, it’s a destination only for those willing to take on the challenge of surviving the heat and the unbearably dry climate. 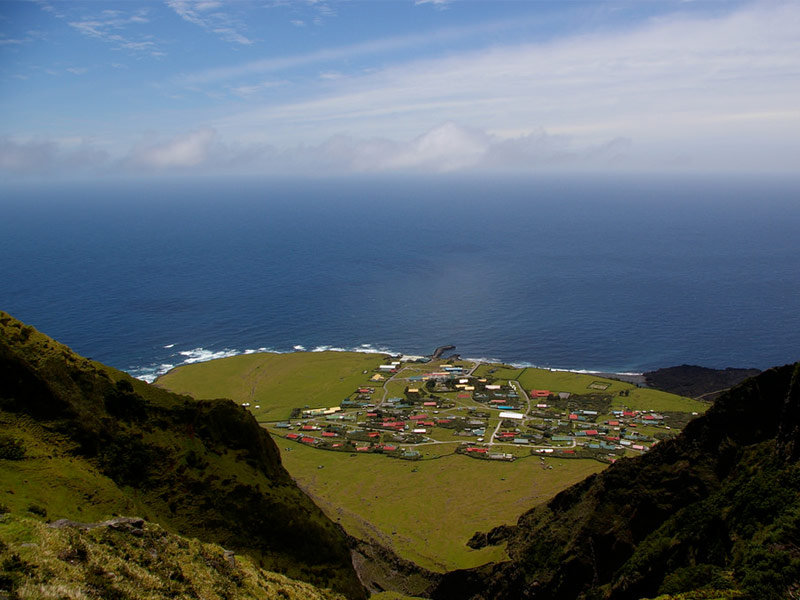 Looking for a getaway from the everyday? Forget  these popular island getaways ; this is about as far away from it as you can get. Though formally part of the British Overseas Territory,  Tristan da Cunha  is over 1,750 miles away from the nearest land in Africa. Discovered by Portuguese explorer Tristão da Cunha in 1506, the island is home to fewer than 300 inhabitants and has no airport; Tristan da Cunha is accessible only by sea. Here are  8 other places you can only reach by paddle.

The coldest continent on Earth: Antarctica 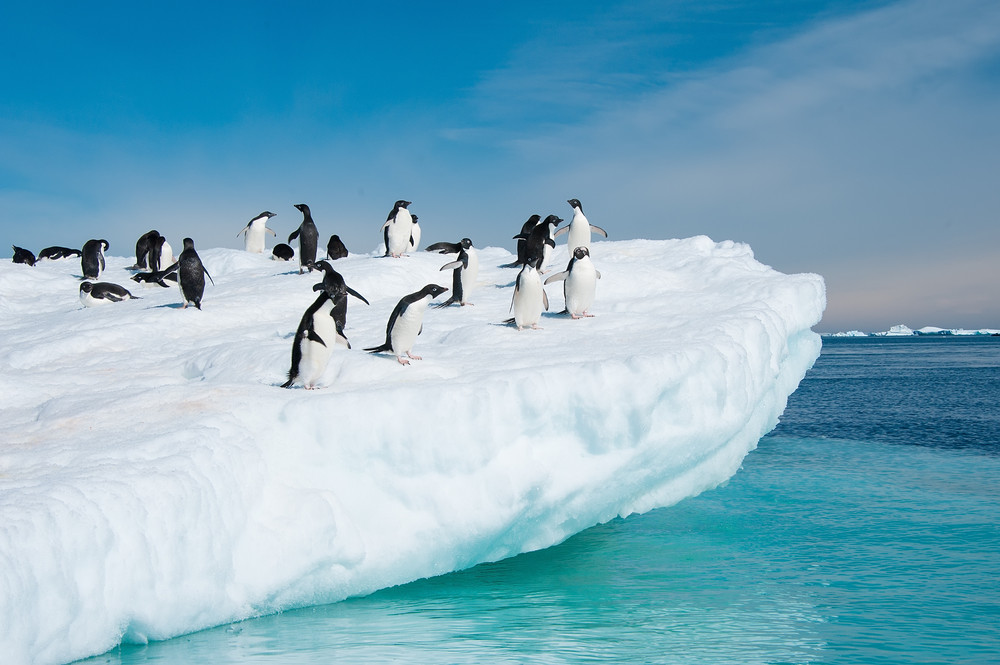 With a population estimated at somewhere between 1,000 and 4,000 people, the world’s fifth largest continent is a land of extremes, the coldest and driest continent on the planet. Travelers can only reach it by ice-strengthened vessels made for toughing the rough seas. Though known for its  breathtaking scenery , visitors who trek through the wilderness must be well-prepared or accompanied by a tour operator who knows the area well. 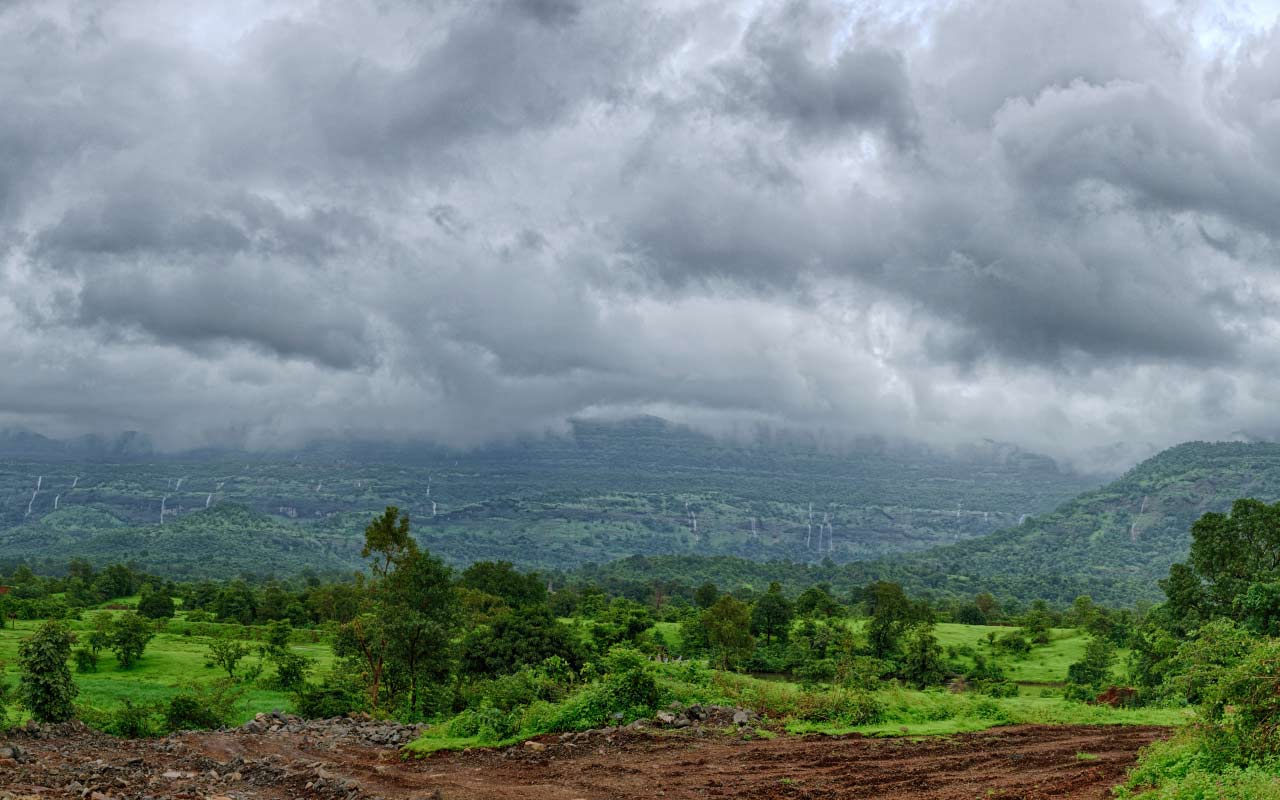 This Indian town receives an average of 467 inches of rainfall every year. In 1985, the  Guinness Book of World Records  dubbed it the Wettest Place on Earth after it saw 1,000 inches of rain in a single year. Plagued by a subtropical climate and monsoons, Mawsynram is both a difficult place to live and an interesting trip for tourists.

The tallest waterfall in the world: Angel Falls, Venezuela 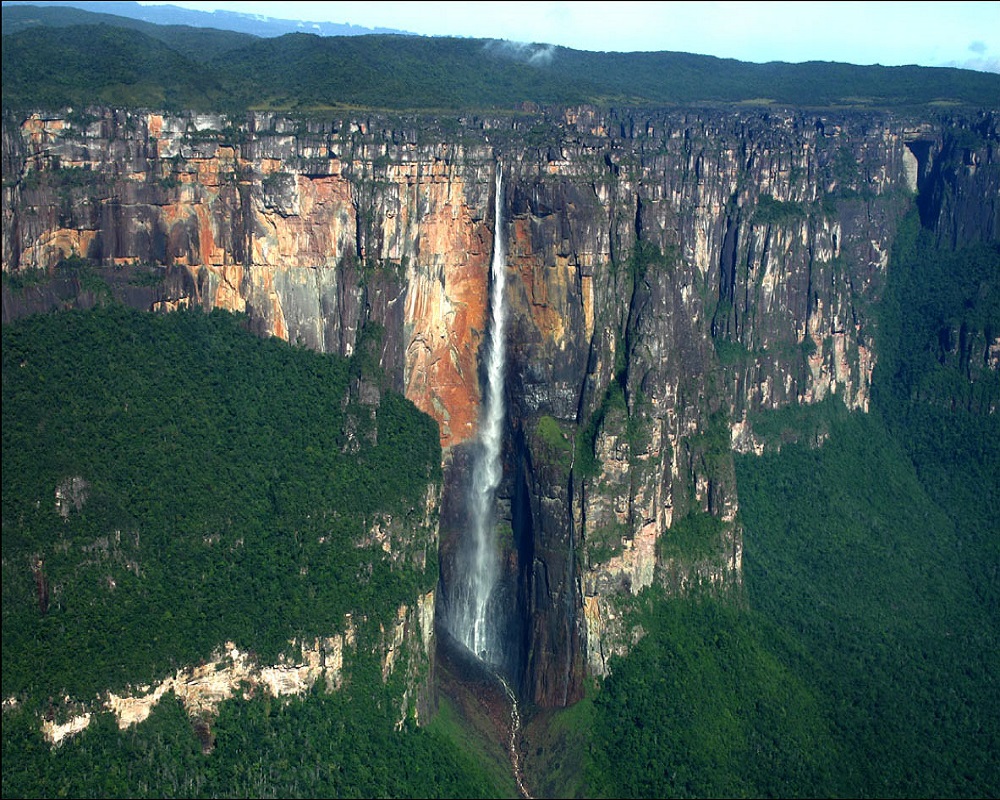 Although Angel Falls is located in an isolated jungle region and is not reached all that easily, it remains one of Venezuela’s top tourist attractions, and the  pictures make it easy to see why . The falls are approximately 3,212 feet high and includes a 2,648-foot plunge and a quarter of a mile of sloped cascades and rapids.

The most treacherous waters on Earth: Gansbaai, South Africa 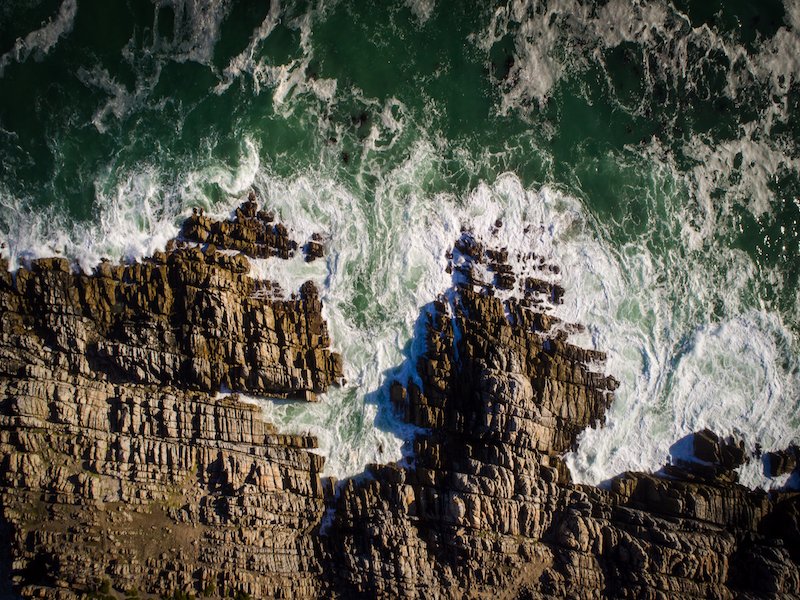 Since 1995, cage diving with Great White sharks has been a major tourist attraction in Gansbaai, South Africa. With one of the densest populations of these beasts in the world, Gansbaai is the top destination for an up-close view of the deadly creatures ( though shark attacks are rarely deadly ). If you want to play it safe and steer clear of the Great Whites, whale watching is also common in Gansbaai, from the sandy white shores of Pearly Beach.