Where to find real deal pat tai in Bangkok

12/06/2017 16:38
Chia sẻ
Both abroad, and increasingly at home, pat tai is twisted into variants that have little to do with the original creation. Perhaps this is because real pat tai, a handful of good quality rice noodles stirfried with a simple sauce and a few mostly seafood-related ingredients, is deceptively simple in concept, but markedly more difficult to make. Despite its nationalistic-sounding name, pat tai is essentially a foreign dish. Both noodles and the concept of stir-frying were originally introduced to Thailand by the Chinese. Thai cooks combined the two, and after adding a sauce containing indigenous ingredients such as fish sauce and tamarind, the dish was deemed sufficiently original that the word 'Thai' was tacked on (the word pat means 'to fry'). The name stuck, and this example of early fusion is today without a doubt the most famous Thai dish in the world. 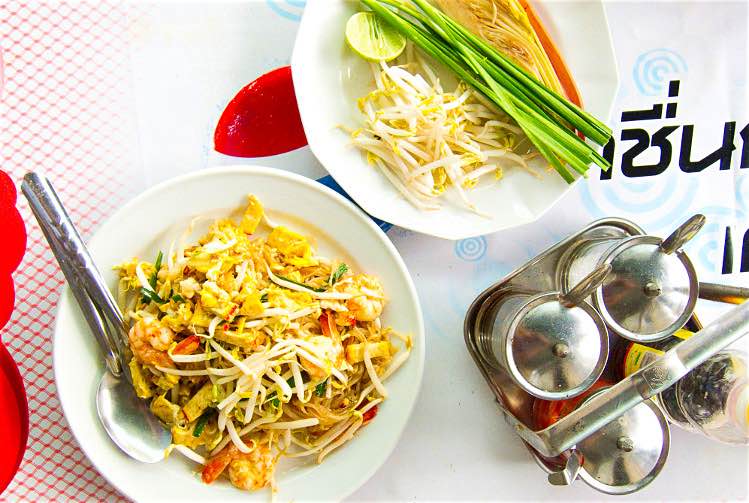 Unlike versions sold abroad, you'll rarely, if ever, find pat tai in Thailand made with any meat other than shrimp. Variations containing chicken or beef are largely concoctions meant to appeal to Western-style palates. In its most basic form, the dish often only contains a sprinkling of dried – or to order, fresh – shrimp and bits of tofu, the bulk of the protein typically being egg, which is either fried along with the noodles, or alternatively, made into a thin omelet and wrapped around the noodles to form an attractive package. The only veggies you'll see in an authentic pat tai are a scattering of Chinese chives and mung bean sprouts; pat tai truly is an exercise in carbs.

How to eat pat tai 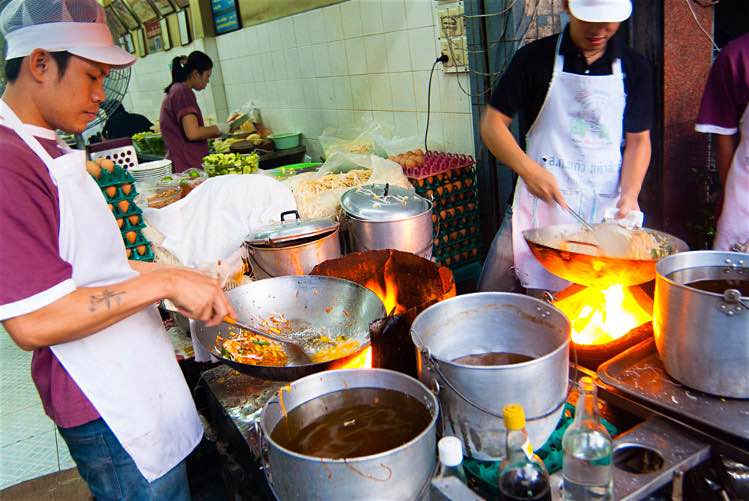 Another misunderstanding about the dish is how it is eaten. Pat tai is an example of what Thais call ahahn jahn diaw, a one-dish meal. A Thai would never order a dish of pat tai to accompany a plate of rice or a bowl of curry. The dish’s condiments also follow some traditional protocol. In traditional Thai cooking, an effort is made to balance sweet, sour, salty, spicy and bitter. Because none of the ingredients in pat tai are particularly bitter, the dish is almost always served with a side of hua plee, the astringent flower of the banana tree, as well as a few extra Chinese chives. To add an extra tart note, pat tai is also accompanied by slices of lime. And like all noodle dishes in Thailand, pat tai is served with a vessel containing optional toppings of sugar, fish sauce and ground dried chilies, just in case you find one of the flavours lacking.

And, finally: where to find authentic pat tai in Bangkok 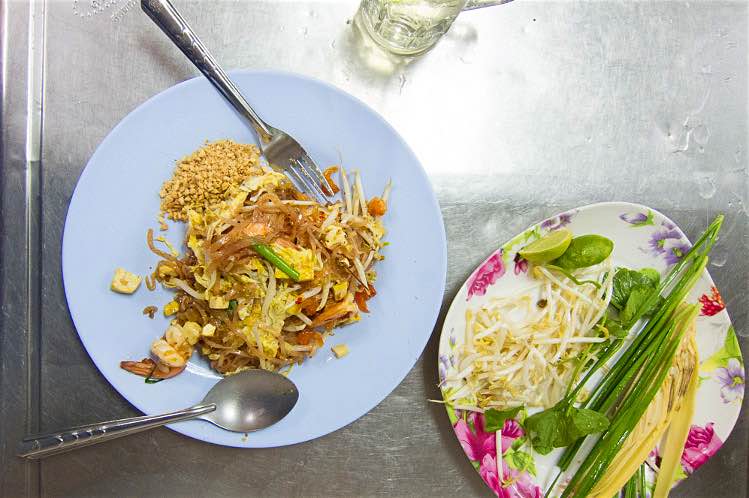 Mae Am (2253/5 Th Rama IV; 11am-10pm Mon-Fri, 2-10pm Sat-Sun) is your typical Bangkok shophouse restaurant. The noodles here are seasoned ahead of time with tamarind paste, palm sugar and fish sauce, and are fried over coals to order – the old-school way of making pat tai.