Desserts are serious business in Hong Kong – so much so that there are shops devoted entirely to desserts. Known locally as “tong sui”, they are a veritable paradise for those partial to a sweet treat and can be found dotted all over the city. 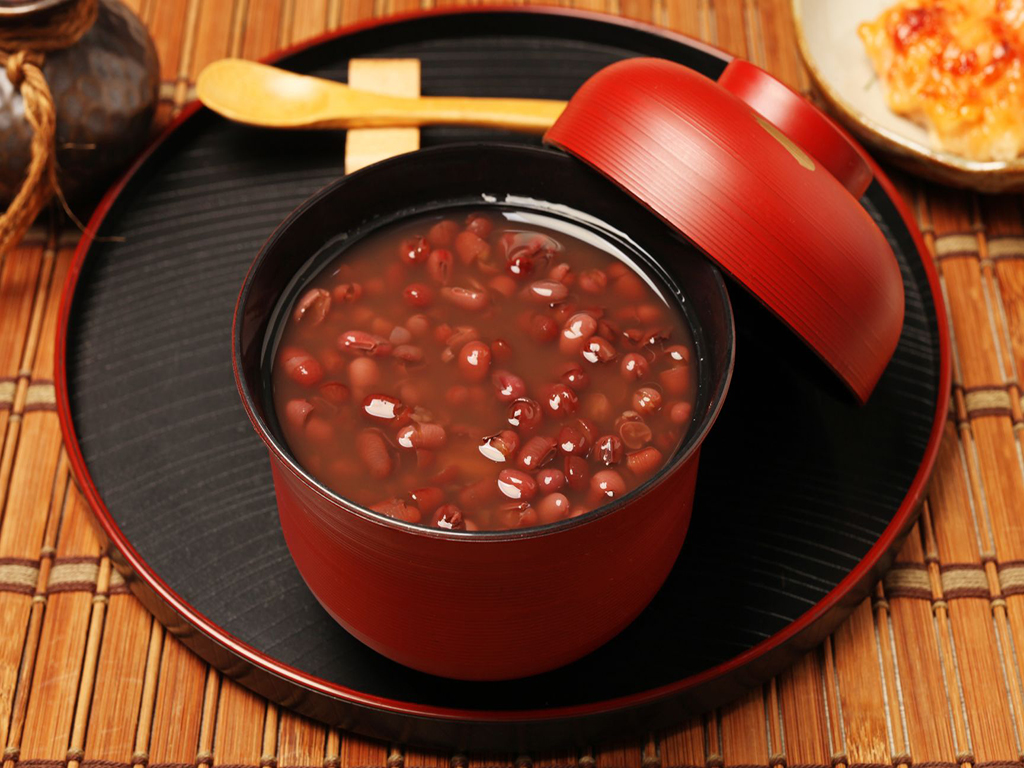 Soup might not be the first thing that comes to mind when you think of a dessert, but this classic Hong Kong sweet treat is an exception. The soup can be served hot or cold and is made from red adzuki beans; occasionally, dried tangerine peel is also added to offer a hint of citrus. Chinese rock sugar is what gives the soup its sweet taste. However, like most local desserts, red bean soup isn’t overwhelmingly sweet. Rather, it has a subtle sweetness that’s perfect for rounding off a big Chinese meal. 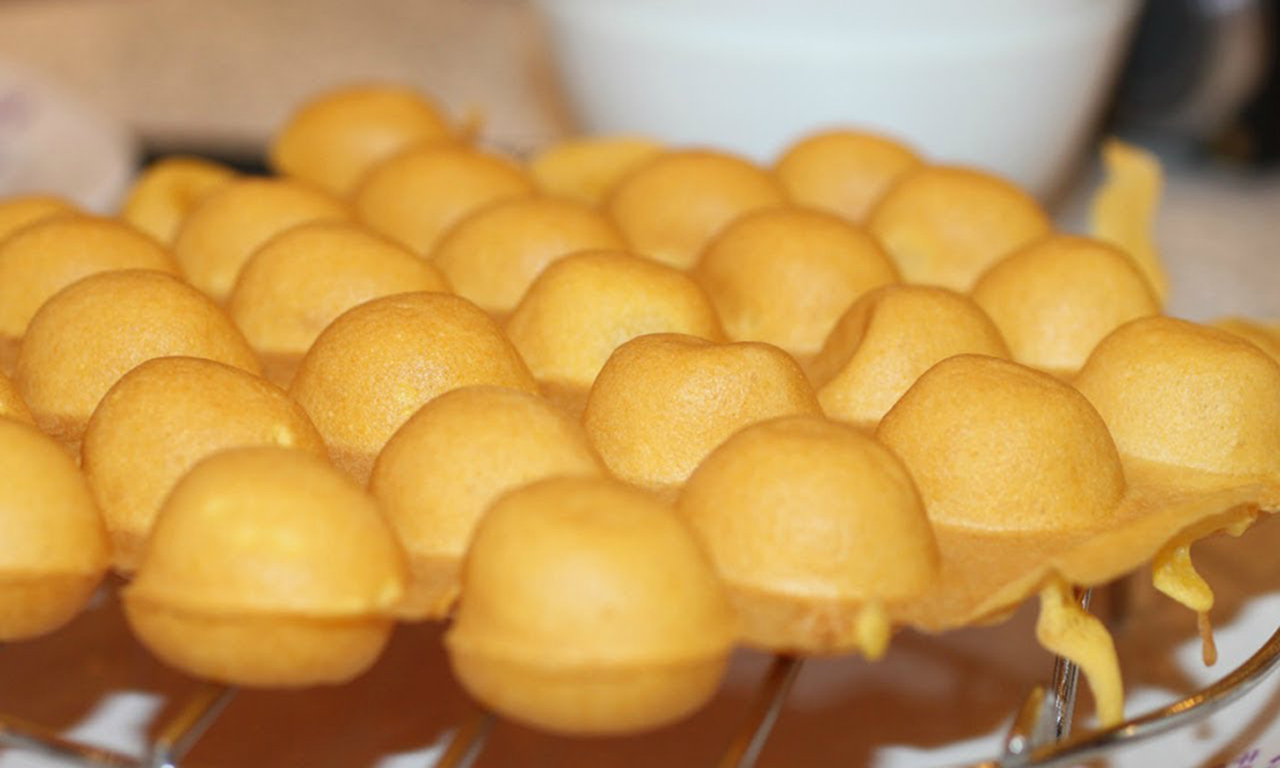 Egg waffles, known locally as 雞蛋仔 (gai daan zai), are a popular street snack in Hong Kong (they’ve even been recommended by the Michelin Guide). Made from eggs, sugar, flour and milk, the batter is cooked on two plaques of spherically shaped plates, giving the waffles their unique bobble-like roundness. These days, the delicious waffles are often given unique flavours, such as green tea or chocolate, and are frequently served with a variety of different fruits and ice cream flavours. 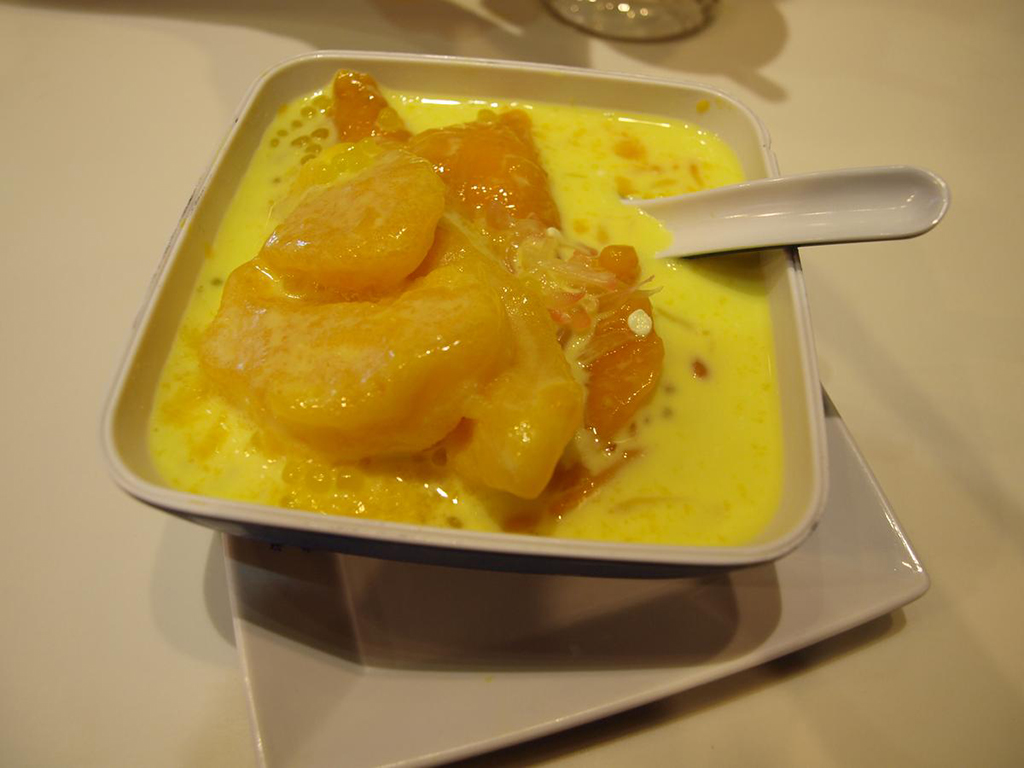 This refreshing dessert is what Hong Kong summers were made for. A mix of diced mango, coconut milk, sliced pomelo, boiled sago, evaporated milk and regular milk, it’s always served chilled and is the perfect antidote to Hong Kong’s summertime heat. Any excuse to try it! Known locally as 湯圓 (tong jyun), which translates as ’round balls in soup’, these are small, deliciously tasty little balls served in a sweet syrup. Made from rice flour dough, they are commonly filled with sugar, sesame seeds, sweet bean paste or sweetened tangerine peel. Traditionally, they are served during Lantern Festival or Chinese weddings as their round shape symbolises togetherness. 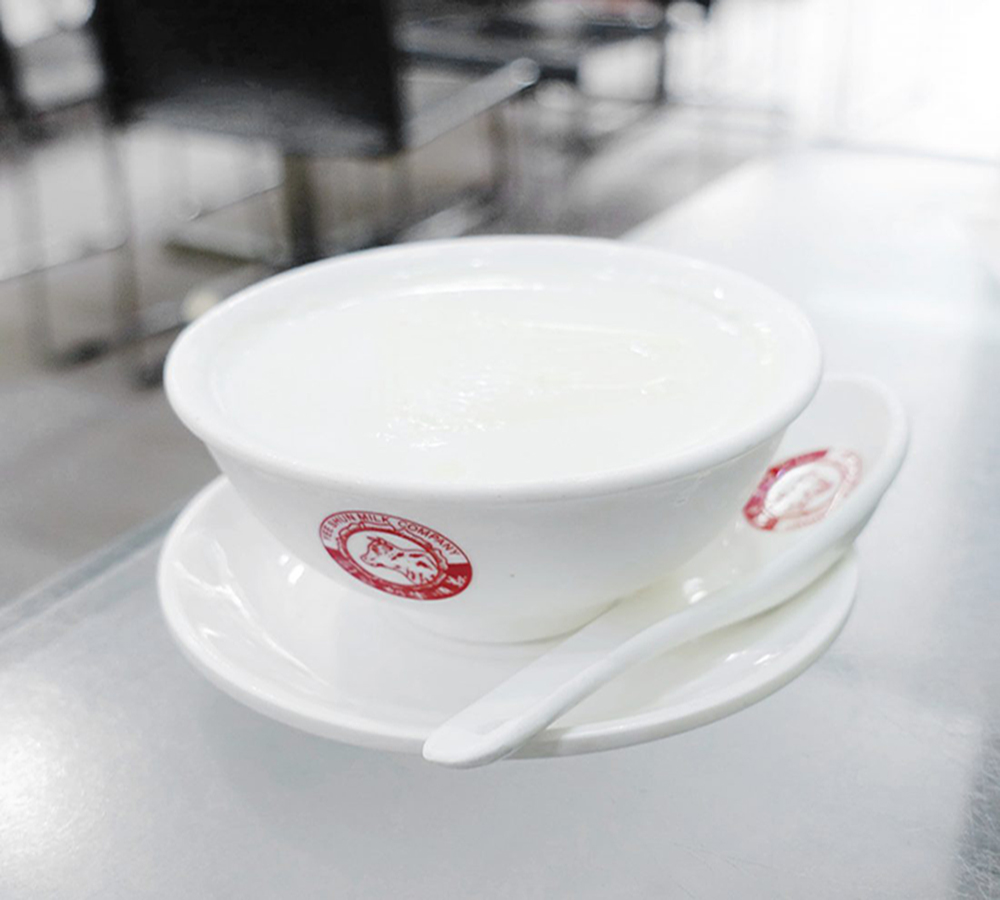 This sweet custardy milk pudding has been one of the most popular local desserts since it was first invented during the Qing Dynasty. Made of milk, egg white, and sugar, it can be served cold or piping hot. For a little spin, try the pudding with red bean or ginger for that extra kick. 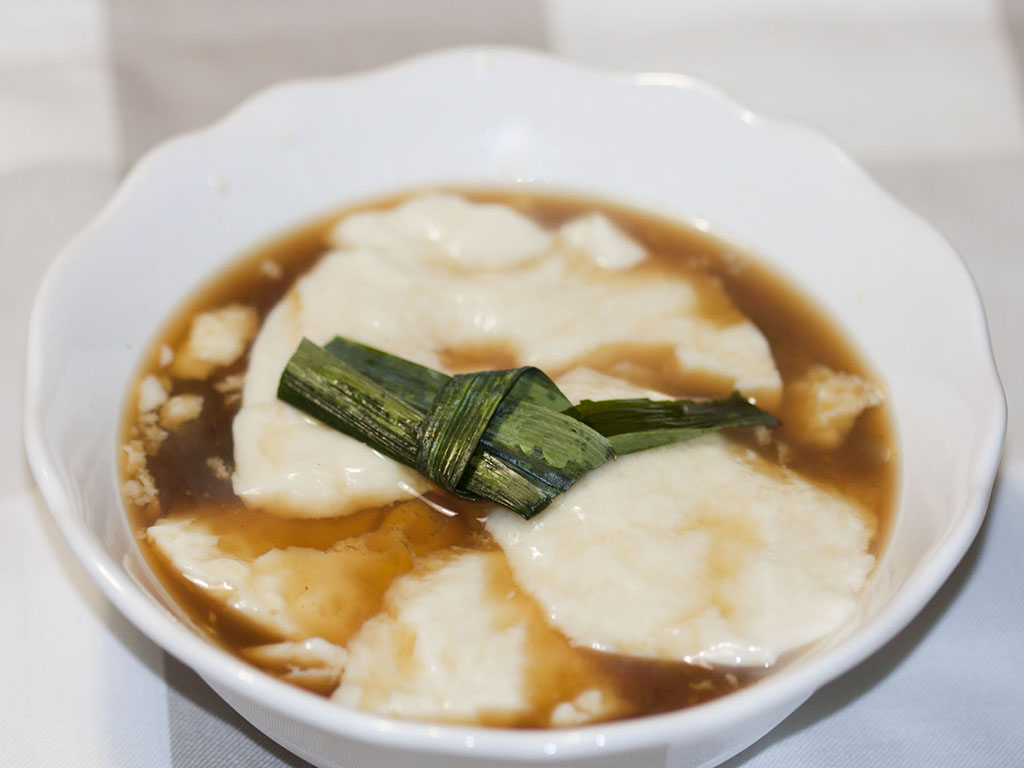 Tofu pudding, locally known as 山水豆腐花 (dau fu fa), is one of the all-time classic Hong Kong desserts. Made from soft tofu, bean curd jelly and served in sugar syrup, it has a delicious and silky melt-in-your-mouth texture. Pair it with sweet ginger or red bean soup for the perfect match. Made solely from Chinese sweet almonds, it can be served hot or cold and is sometimes mixed with rice or egg white for a more creamy texture. Not only is it good to taste, but it’s also good for your health too and is believed to help nourish the skin as well as alleviate coughs, colds and asthma. 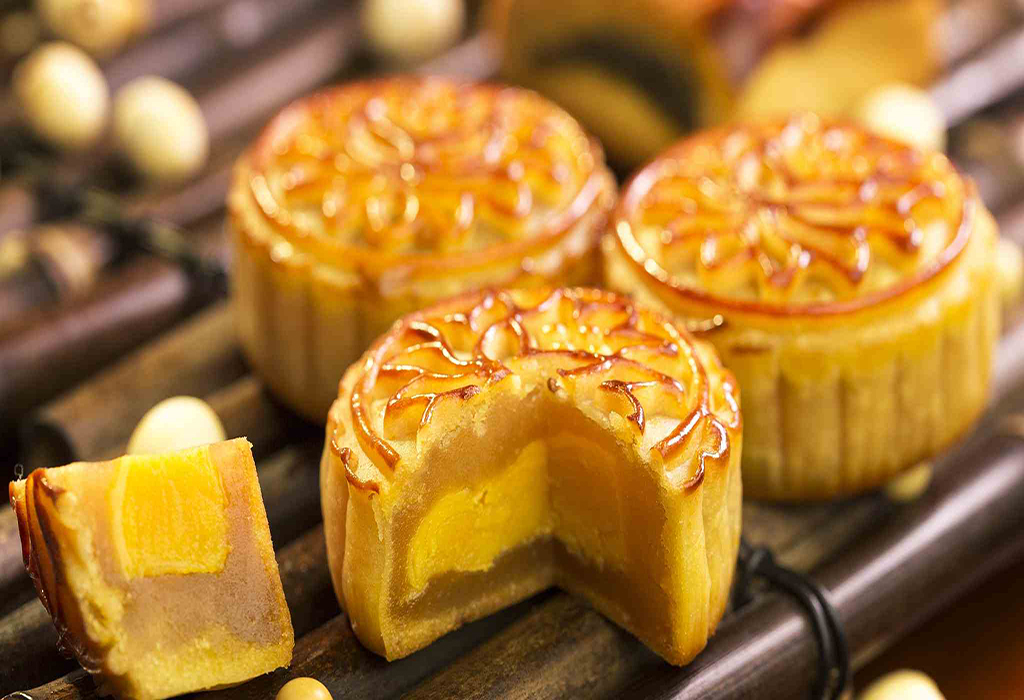 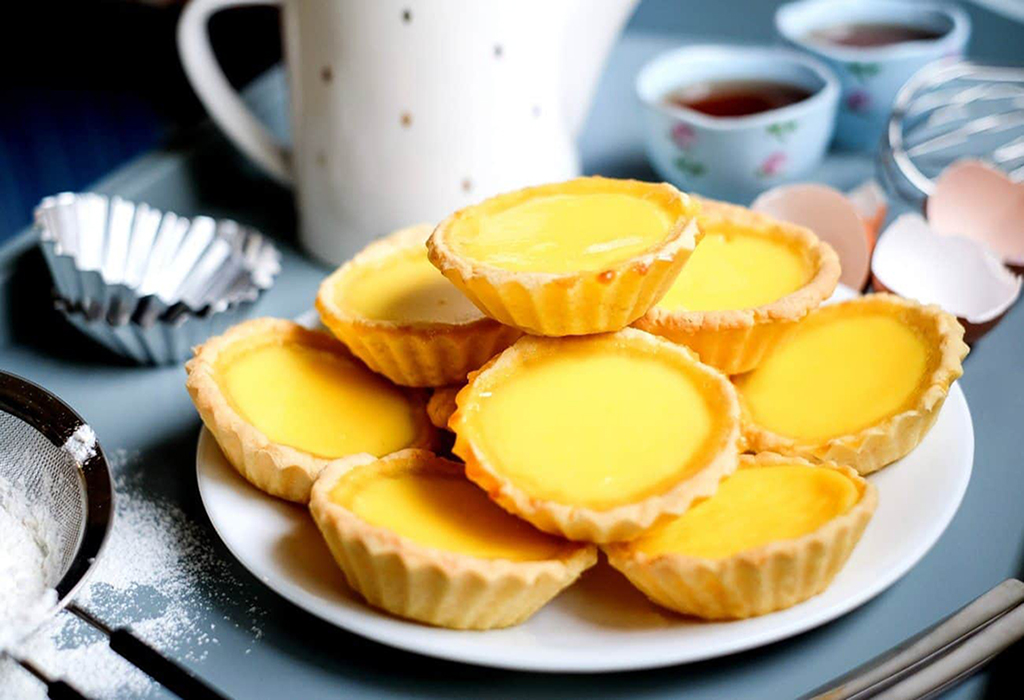 The outer pastry crust is filled with egg custard and is then baked to form these Hong Kong egg tarts that are based on both the British custard tart and the Portuguese pastel de nata. In Hong Kong, they are commonly eaten in tea houses known as cha chaan tengs, as an accompaniment to tea, though you’ll find them in bakeries as well. These days, there are several variations of egg tarts including chocolate flavoured tarts, green-tea-flavoured tarts, and even bird’s nest tarts. 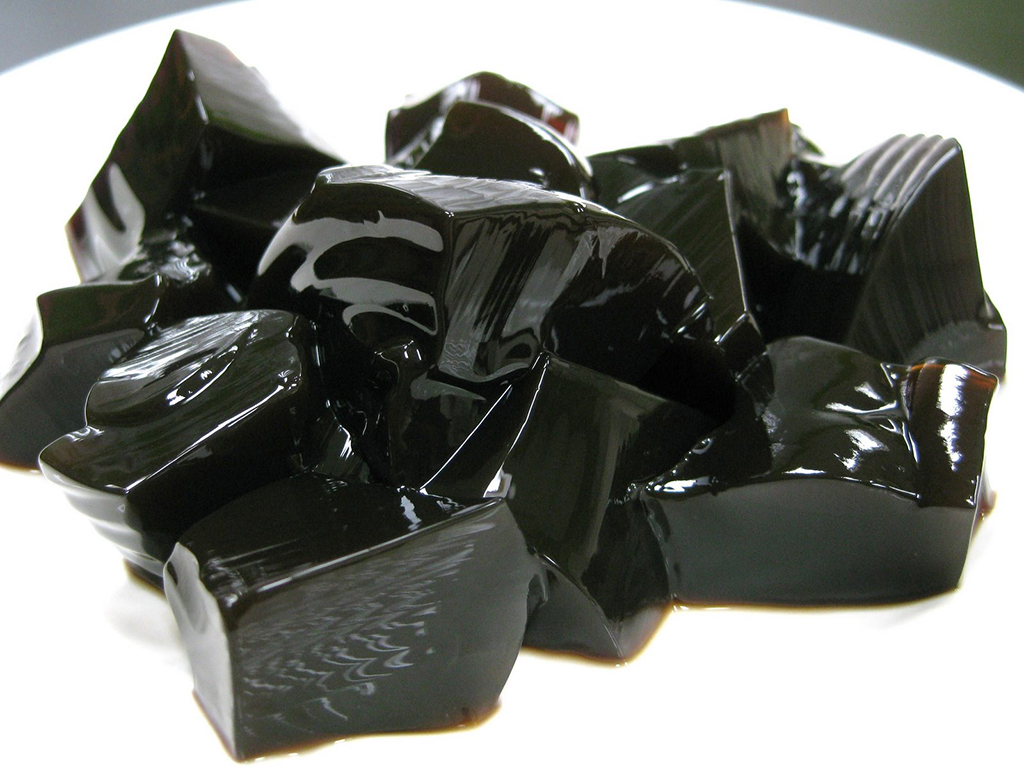 Usually cut into small cubes, grass jelly is made from platostoma palustre (a special plant) and is a form of jelly that has a slight bitter taste. Traditionally, it’s served with sugar syrup but is equally tasty served chilled and topped with fresh fruits like mango or melon. 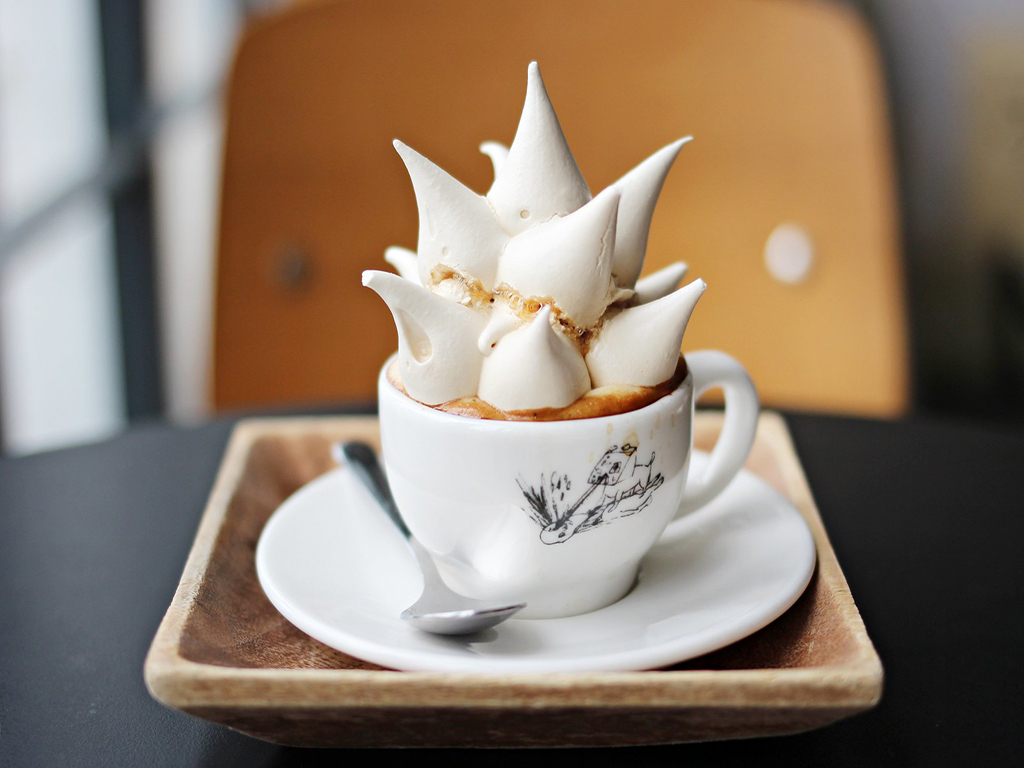 Korea is a country where one can spot some of the most unusual places to enjoy their cup of coffee. ...