Love at first bite: our unforgettable meals from the road

Besides being the fuel that sustains us, food also functions as a means of cultural exploration – and is therefore a huge part of the travel experience. Years later, certain dishes or ingredients can evoke strong memories of journeys gone by, transporting you back to that first bite.

21/09/2017 14:53
Chia sẻ
We asked our editors to recall their first encounter with an unforgettable dish. If their tales get your tummy rumbling, taste the world with our From the Source cookbook series and be inspired to start a food-filled adventure of your own. 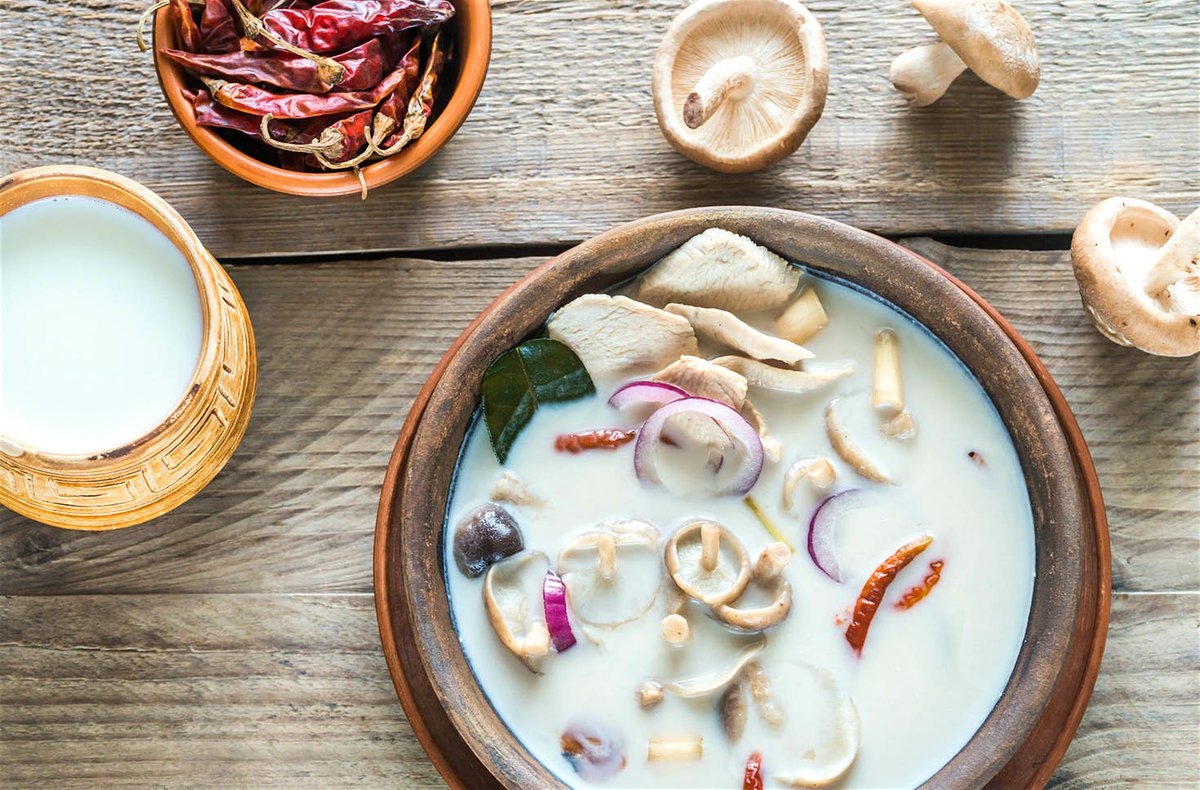 On my first trip to Thailand this year I made many lifelong edible friends, but it was tom kha kai that stole my heart. My first taste came after a long day’s trekking; the jungle lodge chef presented our sweaty and hungry gang with a bowl of bizarre-looking white soup. It promised nothing – pale chunks of onion and chicken bobbed blandly on the surface. The first punch came as spoon met lips – a tangy hit that turned spicy, savoury, sour and back again in a bombardment of fragrant deliciousness. Lesson learned: don’t judge a soup by its colour. 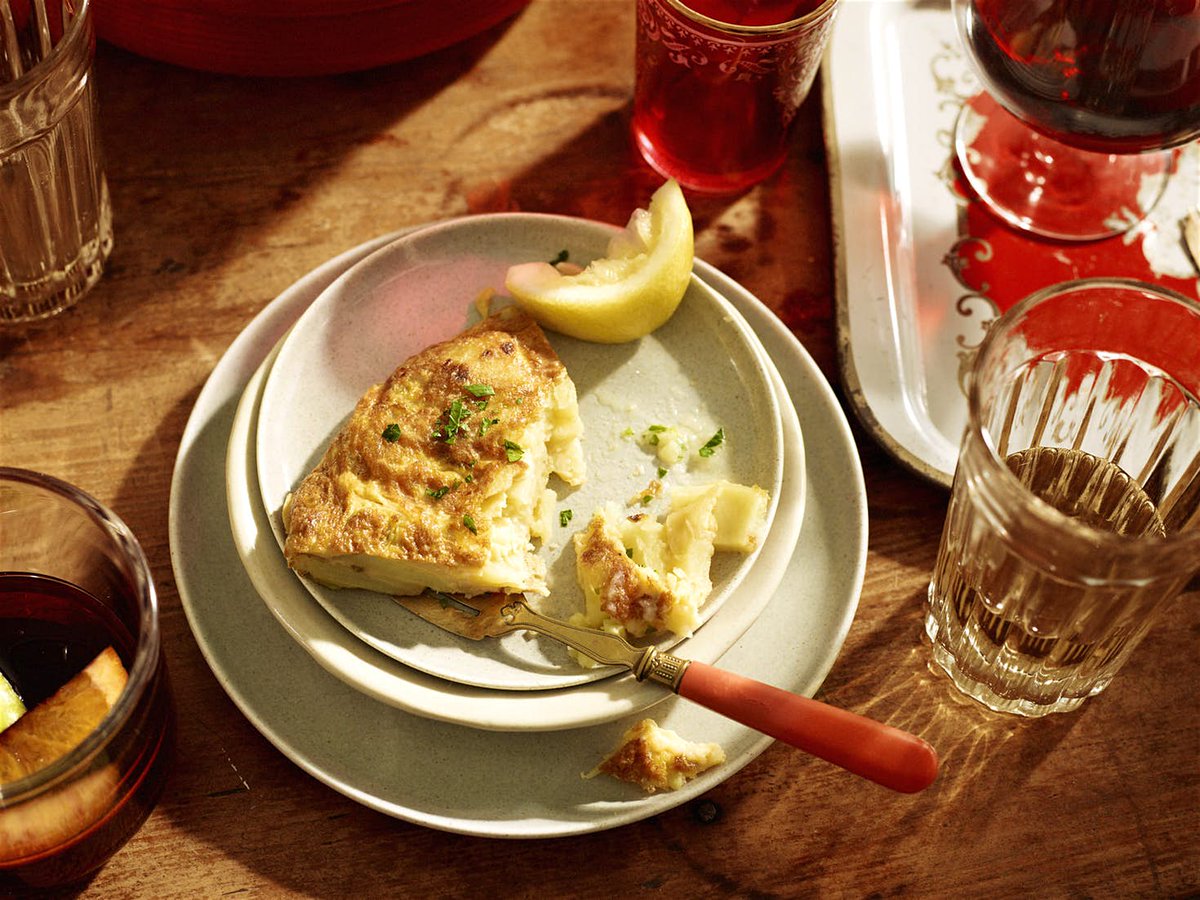 I moved to Spain in 1991 and quickly started a love affair that was to continue for the five years I lived there. The object of my affection consisted of nothing more than potatoes and eggs (and sometimes onion) – a Spanish omelette or tortilla. While it sounds deceptively simple, I soon discovered that each cafe served its own version and that a pincho de tortilla (a slice of tortilla with bread) was both tricky to get just right and more quintessentially Spanish than bulls, flamenco and sherry combined. Frying the potatoes, adding the eggs at the right time and cooking it just long enough to produce the perfect complement to a morning coffee or evening vino was something I soon learnt to appreciate but never managed to master myself.

In 2013, when Paris had a long run of sticky summer days that stretched out like chewing gum, I spent many mornings aimlessly wandering its streets. As minds roam when the legs do, it was hunger that led me to the gold-gilded, handwritten sign of Stohrer, a fairy-tale patisserie that evidently thought itself the Versailles of Cakes. Under mirrored arches and a frescoed ceiling, I ran my finger along the glass counter to the mango and passion fruit éclairs. I still remember the golden, tiger-striped glaze shimmering beneath the shop’s chandelier and the devilish ooze of its decadent passion fruit curd. Through the eyes of my dentist, it was my first forbidden love. 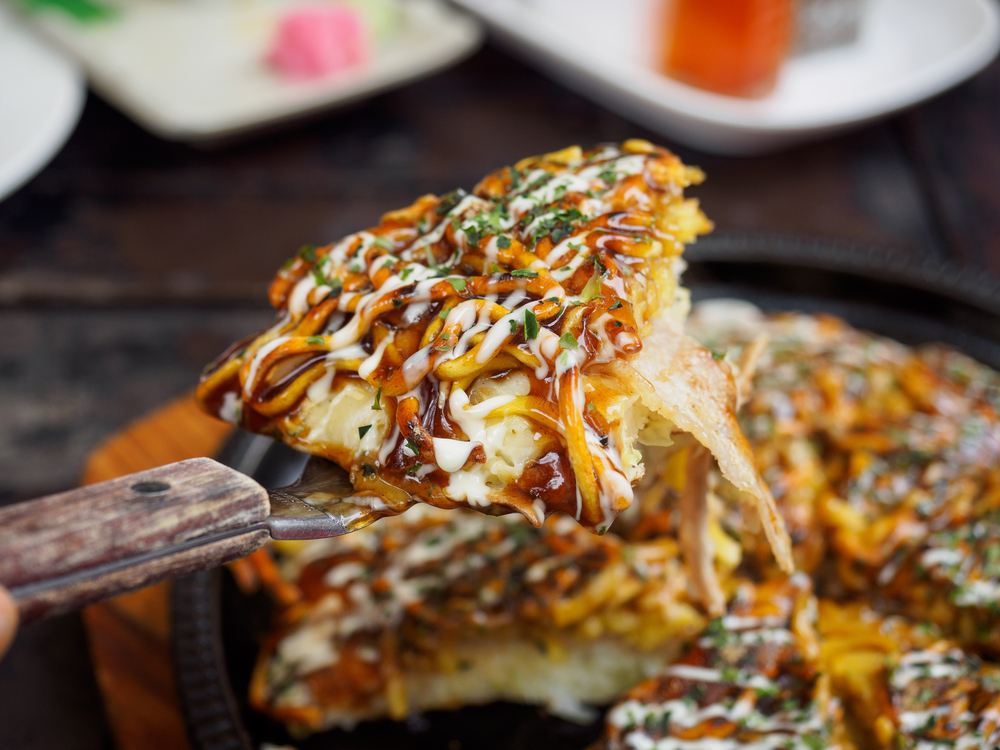 My okonomiyaki education began when I was a student in Osaka and I was invited to dinner at my neighbour’s house. I was given a beer and a sharp knife, and with my neighbour offering encouraging noises, I helped shred cabbage, chop spring onions, slice pork and whip up batter. We poured thick plate-sized gloops of the mix onto a table-top griddle and let it sizzle, adding layers of toppings once the cakes were golden brown: sprinklings of dried seaweed, delicate bonito flakes, and generous stripy squeezings of brown sauce and mayonnaise. After a chorus of ‘itadakimasu’ (‘let’s eat’/’bon appétit’), we ate the okonomiyaki piping hot, a little soft in the middle, straight off the griddle. Despite all the refined cuisine I’ve tried in Japan, it’s still these simple everyday dishes that I crave the most.