Around America in 10 sandwiches

America can lay claim to being the modern-day master of the sandwich; no other country offers the sheer variety and diversity of options.

09/08/2018 13:39
Chia sẻ
Visitors to most American cities are spoilt for choice, with everything from old-school classics to wildly creative inventions on offer – sushi burrito, anyone?

These portable treats are not just for lunch; many are enjoyed any time of day, perfect for a casual dinner or a delicious late-night treat. What better way to tour your way around America than by sampling the country’s greatest sandwiches? Here’s where to find them. 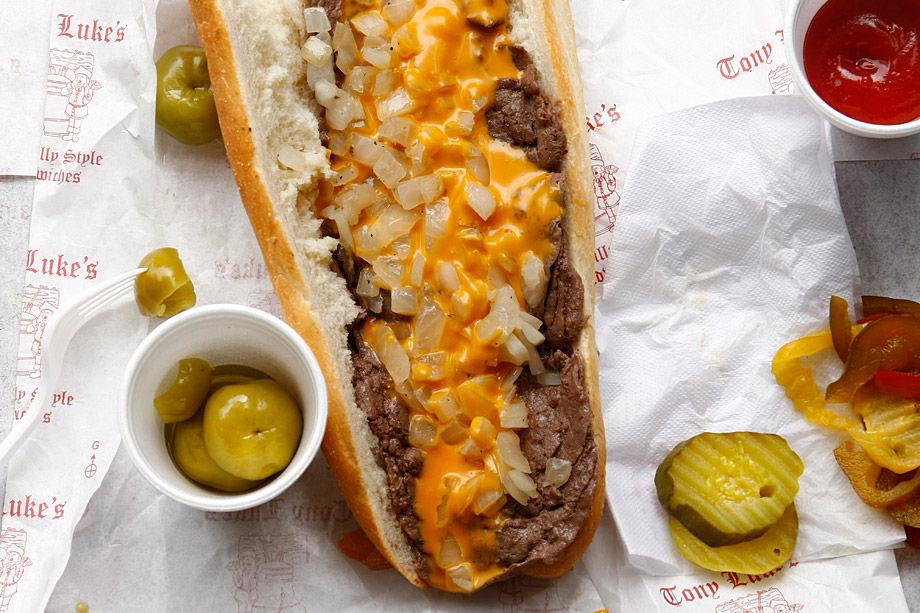 The cheesesteak has become synonymous with the “City of Brotherly Love.” A plethora of no-frills joints – from the legendary rivals Pat’s and Geno’s, to beloved local favourites John’s Roast Pork and Tony Luke’s – satisfy a constant stream of locals and tourists.

The classic version features thinly sliced rib-eye or top round, tossed on a griddle then piled into a soft roll and topped with cheese (typically provolone, American, or the guilty pleasure known as Cheez-Whiz), with optional sauteed onions, peppers, and mushrooms.

The cheesesteak has migrated throughout the US and beyond to the point where “Philly cheesesteak” now appears on takeaway menus around the globe. 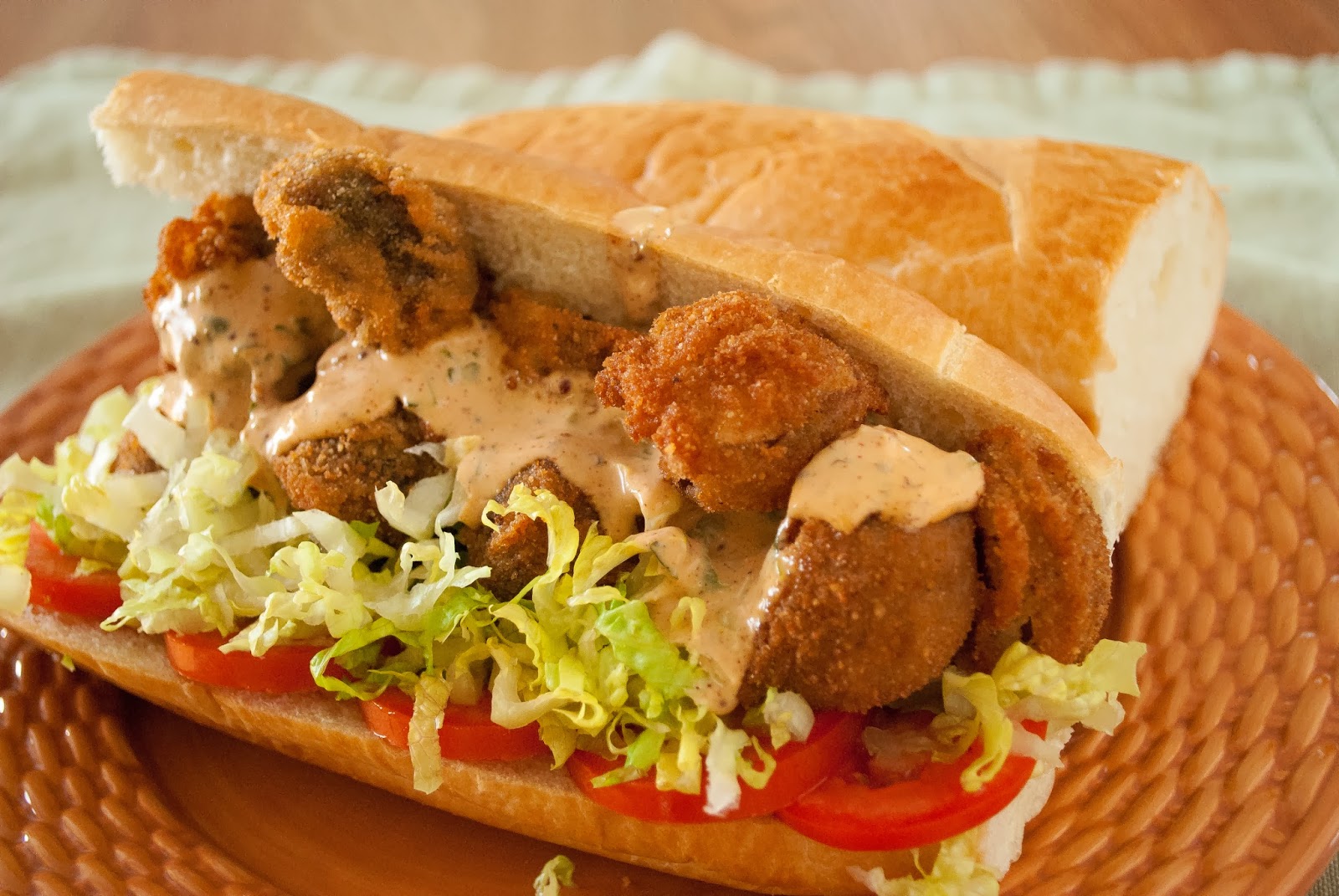 The name of this popular sandwich is believed to have originated in 1929 when a New Orleans restaurant owner handed out free sandwiches to the “poor boys” striking against the local streetcar company.

Since then, the po-boy has evolved into a New Orleans icon. Two hands and an intrepid approach are most definitely needed when biting into a crusty French bread loaf over-stuffed with anything from fried shrimp and juicy roast beef to alligator sausage.

Order it “dressed” (with lettuce, tomato, pickles, and mayo) for the full effect. New Orleanians are loyal to their favorite po-boy shops, whether it’s Parkway Bakery, Domilise’s, Radosta’s, or one of the hundreds of other po-boy purveyors in the area. Italian immigrants created this juicy, meaty sandwich, which continues to satiate the considerable appetites of those living in the “City of Broad Shoulders.” Thin slices of beef roasted in its own juices are stuffed into fresh Italian bread.

The sandwich can be dipped or double-dipped in the cooking juices (known as “au jus”) for extra juiciness, then topped with giardiniera (pickled veg) or sweet Italian peppers. Italian beef sandwiches are found throughout the city of Chicago, but Al’s Beef and Mr Beef are two of the most popular spots. 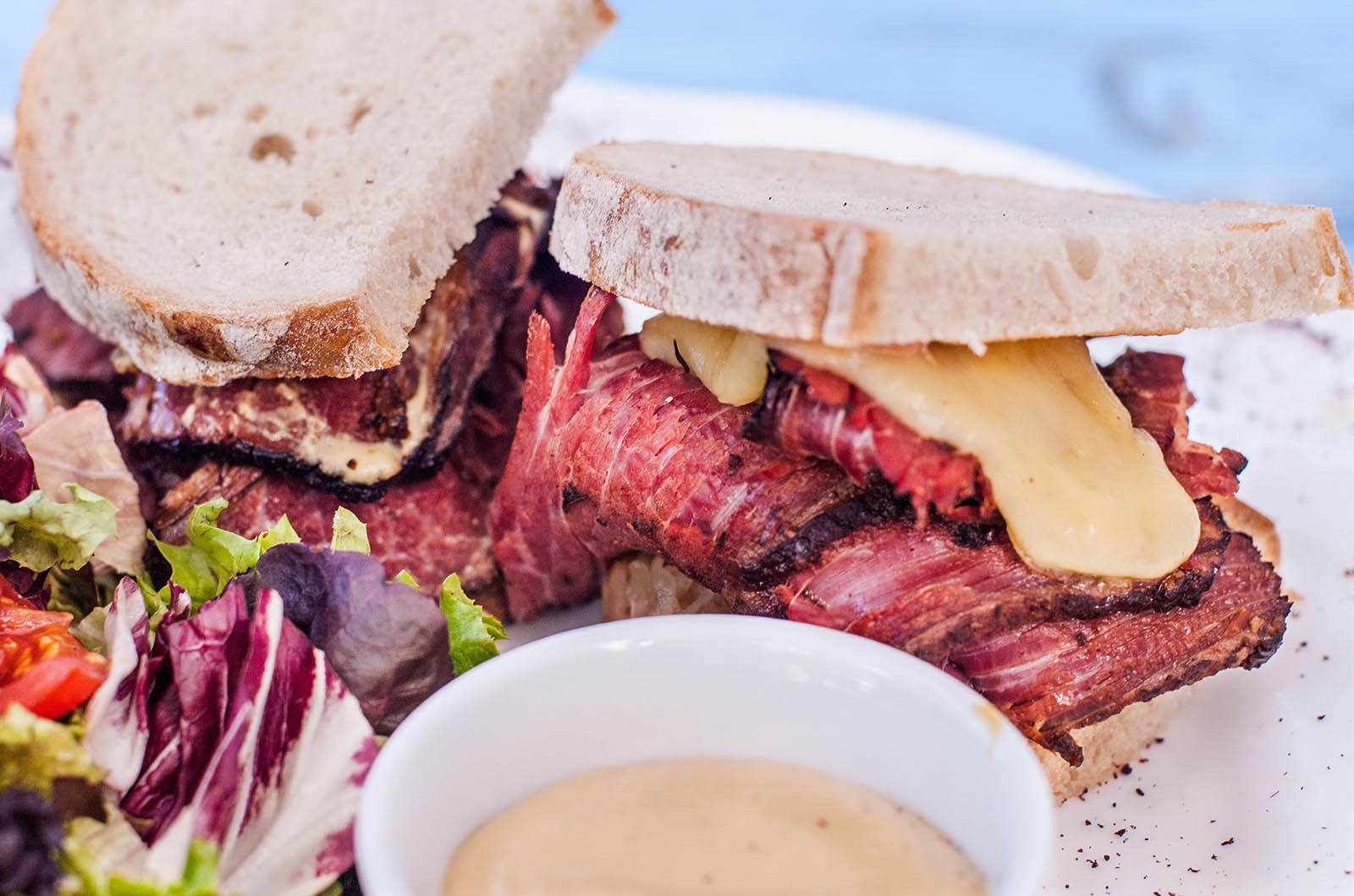 Pastrami sandwiches, featuring mounds of steaming, peppery meat piled high atop rye bread, have been a comfort staple for generations of New Yorkers. While the number of classic delicatessens has dwindled over time, NYC still offers the strongest sandwich scene on the planet, headlined by famously old-school places such as Katz’s Delicatessen.

Traditionally served only with mustard and a side of pickles, these sandwiches are large enough to share, and the biggest question most customers face is whether to order their pastrami regular or lean. 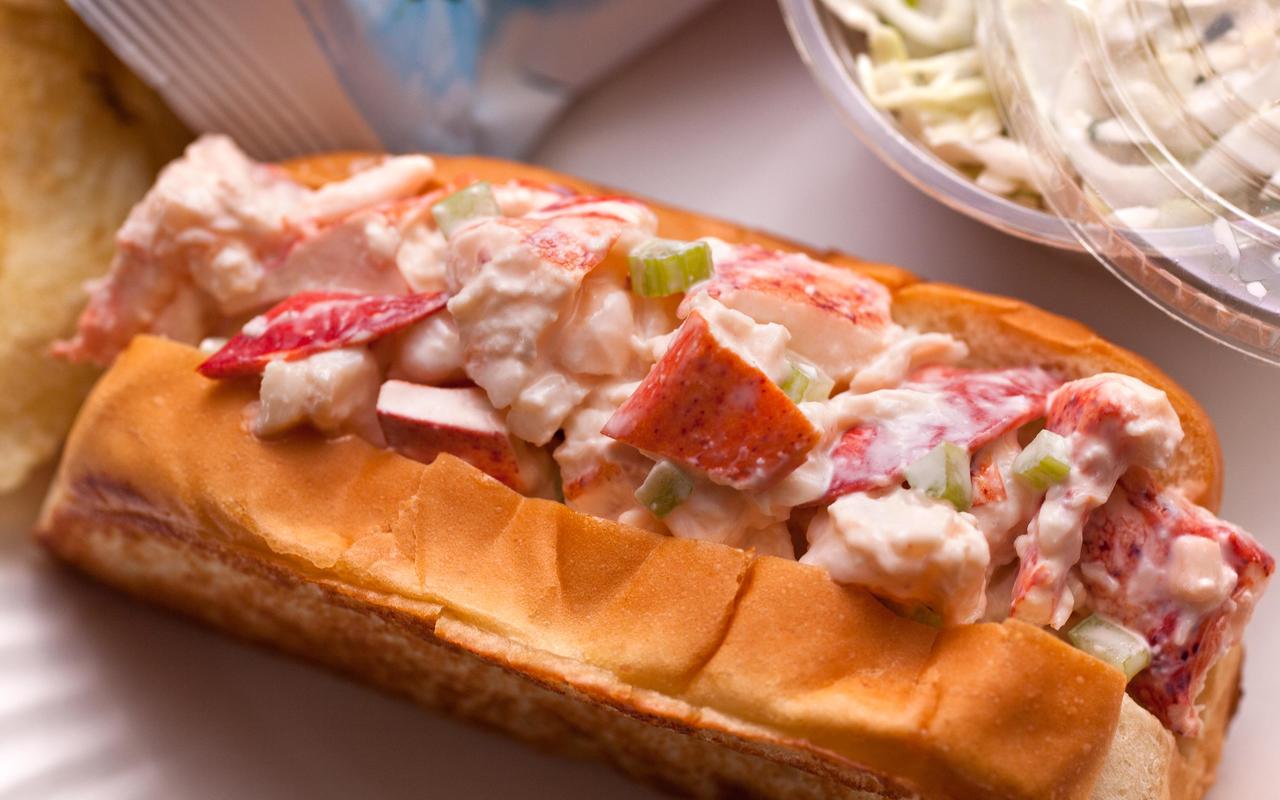 Lobster rolls, filled with succulent chunks of tail and claw meat from just-caught crustaceans, are a summertime staple in coastal New England – especially Maine. Purists prefer a classic hot dog bun, but a host of new places are playing around with the bread option: in Portland, the Eventide Oyster Co uses a Chinese-style steamed bun for its brown butter lobster rolls.

Traditional lobster rolls are served cold, often lightly tossed with a bit of mayo, but sometimes they can be served warm with drawn butter, and/or with a bit of celery salt. The Cuban Sandwich likely originated in the late 1800s and early 1900s when Cuban workers sailed between Cuba and Florida, primarily Key West and Tampa. It has officially been designated the “signature sandwich” of Tampa, but eventually became even more popular in Miami, where legendary haunts such as Versailles and Enriqueta’s draw huge crowds.

The classic version is comprised of sliced roast pork, glazed ham, Swiss cheese, and thinly sliced dill pickles layered between Cuban bread slathered with yellow mustard. The sandwich is then pressed and toasted on a plancha, resulting in a filling, portable meal. 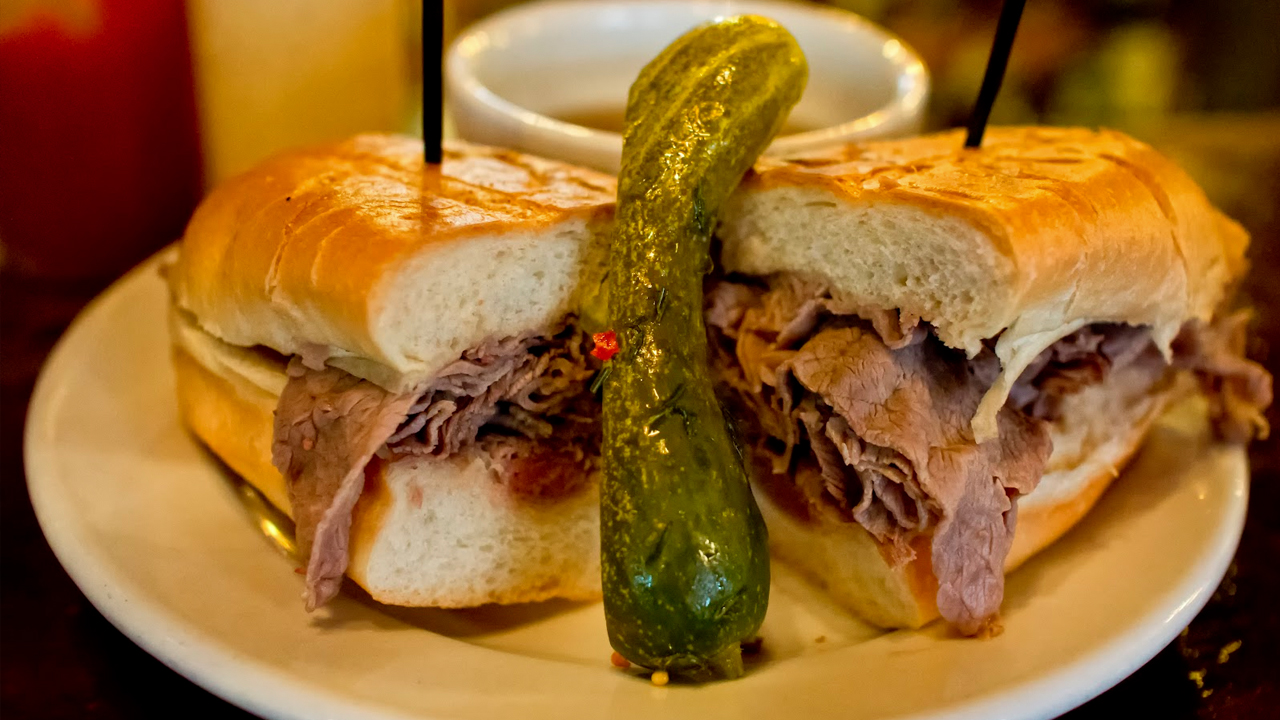 This American original has little connection to France. A pair of historic downtown restaurants, Cole’s and Philippe’s, battle over who invented the sandwich, and a picture-perfect French Dip can still be enjoyed at both.

Simple though delicious, thinly sliced roast beef is placed on a bread roll dipped in cooking juices, and the sandwich can be “double dipped” in a cup on the side for extra juiciness. The German kummelweck roll – topped with caraway and salt – gives this sandwich, found primarily in and around the city of Buffalo, its distinctive name. Beef on weck consists of a kummelweck roll topped with rare, thinly sliced roast beef and some nose-clearing horseradish.

The small sandwich packs a big punch, making it especially popular in bars and pubs. Schwabl's and Charlie the Butcher are two of the most famous purveyors of this distinctive sandwich. 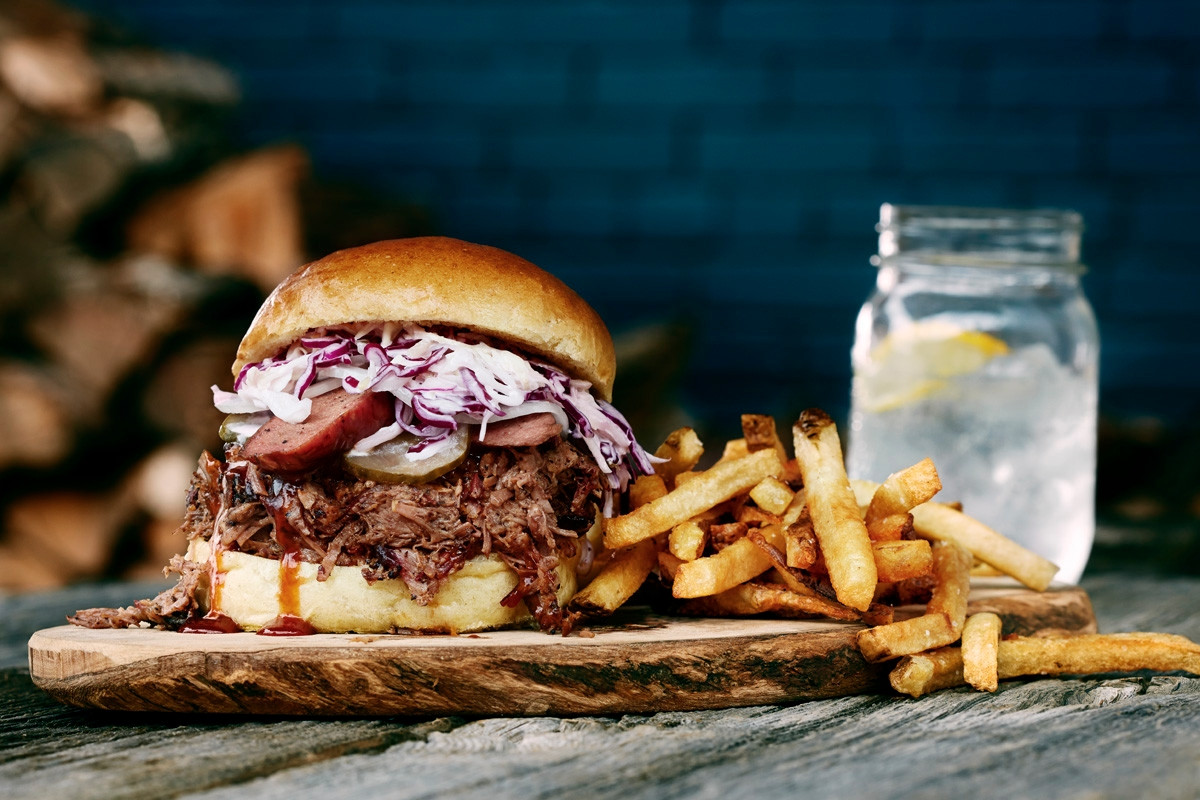 Texas-style barbecue is famous the world over, and what sets this style apart is its focus on beef rather than pork. The most famous cut for barbecue purposes is brisket; every weekend the highways of Texas are filled with carnivores making meaty pilgrimages to enjoy brisket at the state’s most legendary purveyors.

Moist, succulent slices of smoked brisket, commonly sold by the pound or as a sandwich, are served with little more than basic white bread, pickles, and raw onions.

In Austin, festive crowds camp out to taste Franklin Barbecue’s legendary brisket, while others travel to the unofficial barbecue capital of Lockhart to line up for it at icons such as Kreuz Market, Black's, or Smitty's. Barbecue is prevalent throughout the South and each region has its own style. Tennessee barbecue relies heavily on pork, and the classic Memphis pork sandwich – supposedly invented at Leonard’s Pit Barbecue – is a great way to experience the local style.

Pork shoulder – chopped, pulled, or sliced – carries heaps of flavour with a tomato-based sauce. Served on a bun and topped with coleslaw, these tasty hand-held treats are a popular choice at Memphis’ myriad barbecue spots.