Non Nuoc Beach, One of the World's Beautiful Beaches

uoc Beach gently slopes towards the calm, clear, blue sea; the clarity of the water attracts visitors who come to bathe and enjoy the seafood. This fine sandy beach with sunshine all the year round makes it suitable for tourism in all four seasons. 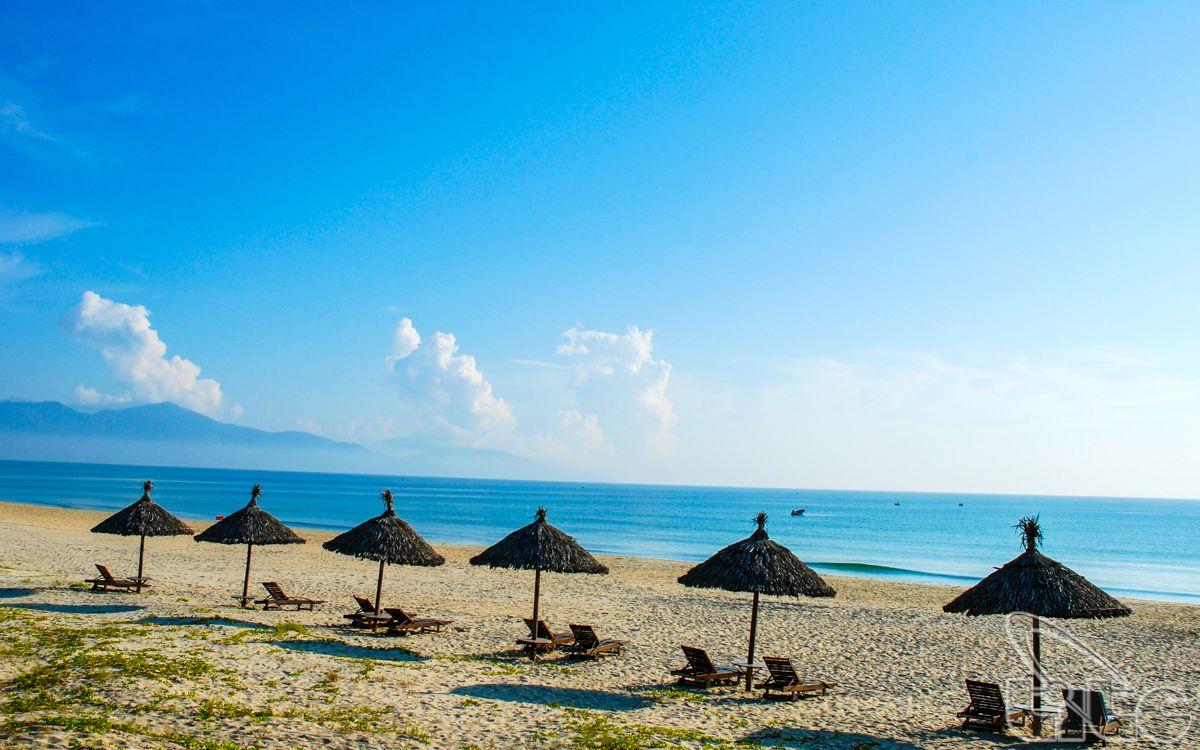 Da Nang has a coastline of 30 kilometres long, famous for many beautiful seashores stretching from the north to the south such as My Khe, Thanh Binh, Tien Sa, Son Tra and so on. Non Nuoc Beach also pertains to Da Nang Sea and has been voted as one of the most beautiful and attracting beaches of the planet, 2005, according to Forbes, the leading magazine of America. This beach has gentle slope, mild waves, and purely blue sea water during the four seasons. The unpolluted water source here has attracted a number of tourists coming to bathe, enjoy local special sea foods and take a rest for weekends. The beach Non Nước is also a place that exist precious and rare seaweeds such as gracilarias "yellow thread" and glacilaria "screw" that have high value of exporting. 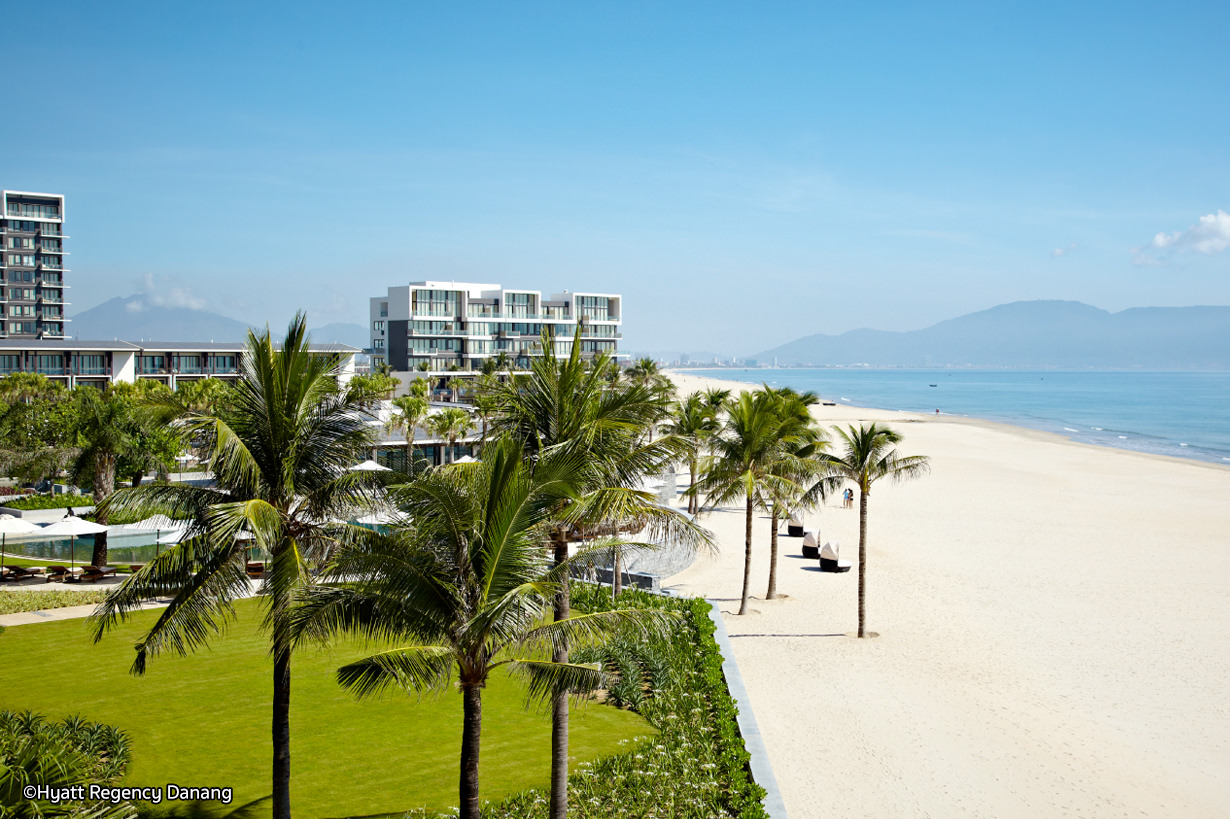 With green water and white sand, Non Nuoc Beach stretches five kilometers along the shore of Hoa Hai Ward at the foot of Ngu Hanh Son (The Marble Mountains). The beach is famous for its seaweed, which reaches exportation standards. Many five-star hotels were built in Non Nuoc to accommodate the domestic and foreign tourists in the area. Together with its feature of wave degree, climate, weather and salinity, Non Nuoc Beach is suitable for water sports, especially surfing. In 1993, there took place an international champion with the participation of nearly 40 athletes from many countries around the world.

Along the beach, on the white sand is a forest of age-old casuarinas which is shady, green and is waving in the whistling wind. This is an ideal place for resting and camping. When the darkness falls and the moon rises, you can set yourself free on smooth benches along the beach to listen to melodious sounds of the waves and enjoy the occult space. 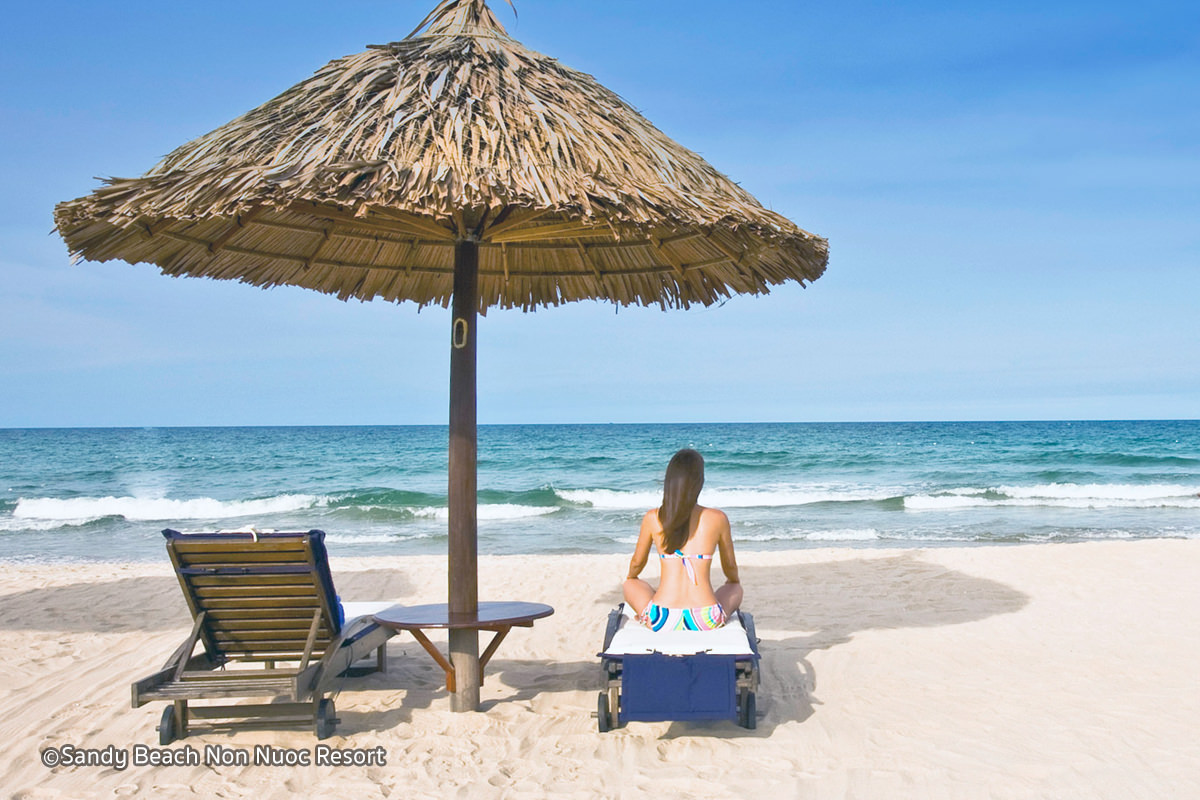 The beach is managed by the Non Nuoc Tourism Company that has  three hotels with more than 100 rooms on the beach. They provide entertainment services including photographs for souvenir, handicraft shops, massage, restaurant, tennis and some gymnastics. A chain of tourism resorts is planned to cater for international tourists including seaside hotels and restaurants, especially an international standard golf court.

Besides convalescence and bathing, tourists to Non Nuoc Beach can also combine their journeys with traveling the relic Marble Mountains, which boast some ancient pagodas and sacred  monumental caves, go around fine art stone handicraft villages right at the foot of the Mountains or go boating on Co Co River (Stork Neck River) to enjoy peacefulness of the Marble Mountains.